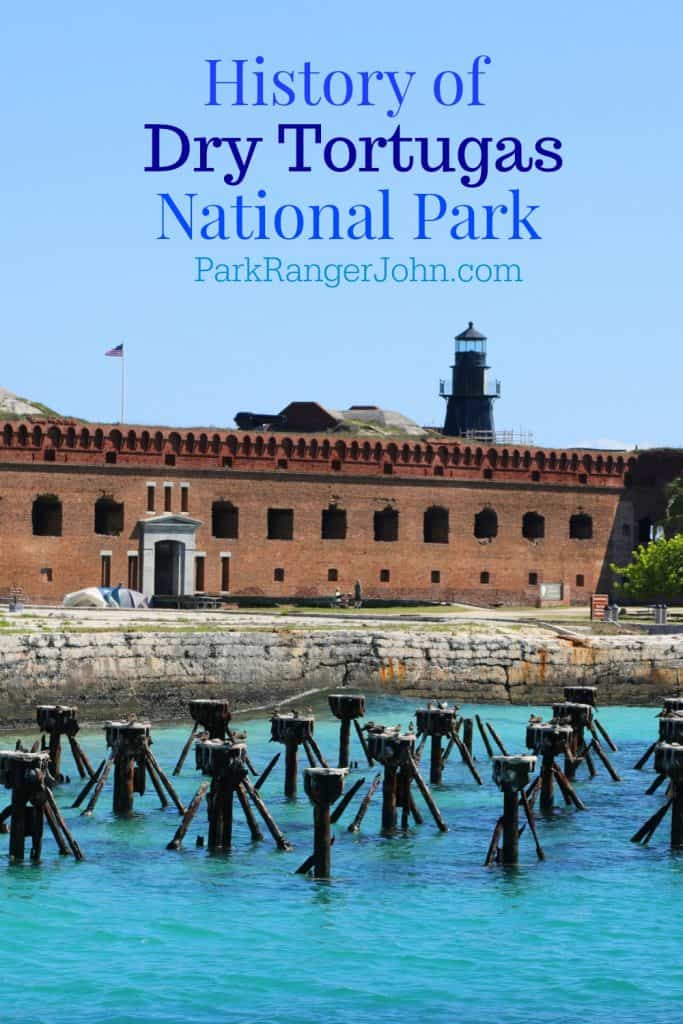 Originally named Las Tortugas (The Turtles) by Spanish Explorer Juan Ponce de Leon in 1513 on his first visit to the islands it now stands as the second oldest surviving name given to a place by European explorers in the United States.

The name was originally given because of the 170 sea turtles that Ponce de Leon and his men took aboard their ship. It was quickly discovered that this location lacked fresh water resources and soon after the word "Dry" was added to the name on mariners charts to indicate that there was no fresh water.

The strategic location of these islands was noticed early on by the Spanish Explorers merchants traveling along the Gulf Coast and became a regular trading route. 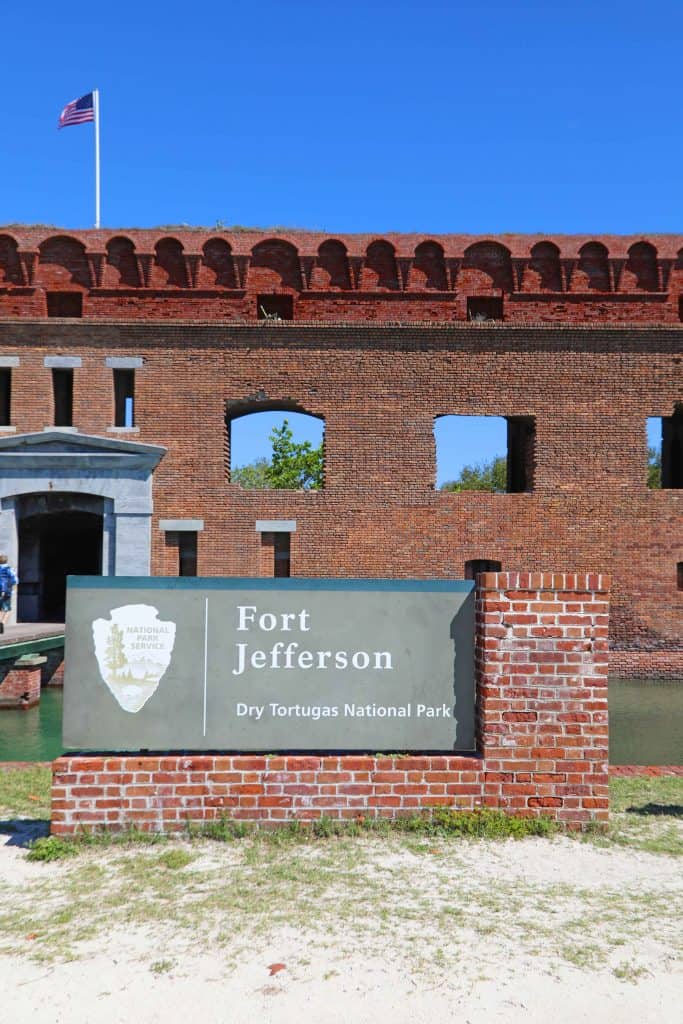 Constructed as a military fortress Fort Jefferson is named after the third president of the United States and was built during the mid 19th century as an effort to protect the Florida Coastline and the lucrative shipping channels between the Gulf of Mexico and the ocean.

Between 1846 and 1875 the United States commissioned the largest all-masonry fort at the time but after 30 years with a shortage of supplies, sustenance and delayed construction during the Civil War left the fort incomplete.

The United States was able to use Fort Jefferson as an advance post for ships patrolling the Gulf of Mexico and the Straits of Florida. The spacious harbor and location made this the perfect place for ships to resupply, repair damage or dock during storms.

The Dry Tortugas was right along one of the most used shipping lanes of the time and became one of the United States Militaries greatest assets. While the islands themselves were easily avoided the ability for warships to maintain dock at the Dry Tortugas harbor proved to be a great military advantage.

The Fort was stocked armed heavily and guarded at all times with the capacity to engage and destroy enemy ships, assuming they were able to traverse the dangers of the shallow waters and reefs without sinking or crashing.

Until its abandonment in 1874 the fort was used during the civil war as a prison and became known as the Devil's Island. The prison was used to sentence men to hard labor under the blazing sun and minimal access to fresh water.

The harsh conditions included swarms of mosquitoes and other hazardous conditions that most considered a fate worse than death. The fort is famous for holding 4 men convicted of complicity in the assassination of President Abraham Lincoln in 1865, the most famous being Dr. Samuel Mudd who treated John Wilkes Booth.

During The 1880s the US Navy used the Dry Tortugas as a base and eventually set up a refueling station as well as a wireless radio station that was used well into World War I. Not long after the islands were established as a seaplane base it was abandoned by the army but continued as a coaling station.

Fort Jefferson National Monument was designated by President Franklin D. Roosevelt under the Antiquities Act on January 4, 1935.  The monument was expanded in 1983 and re-designated as Dry Tortugas National Park on October 26, 1992, by an act of Congress.

See all of our articles on Dry Tortugas National Park.