Rhode Island may be the smallest state in the United State but it boasts great Rhode Island National Parks. You can enjoy visiting the amazing Blackstone River Valley National Historical Park and the Roger Williams National Memorial. 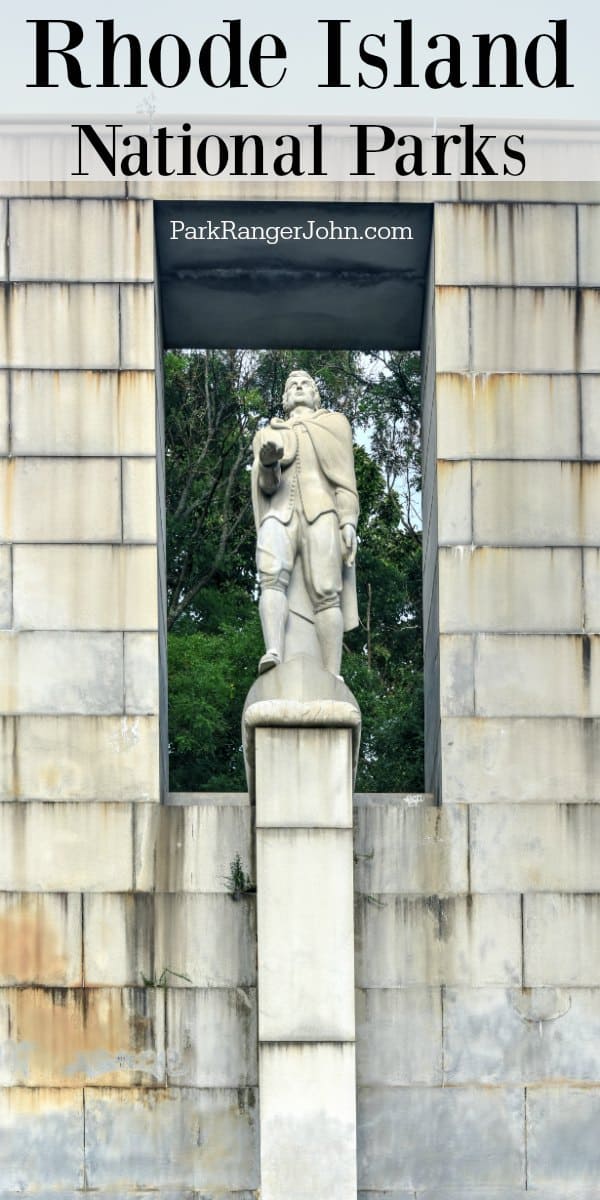 The Blackstone River Valley has been called the birthplace of the American Industrial Revolution. This area is where English immigrant Samuel Slater took over a failed mill in Pawtucket, Rhode Island and made it the first successful water-powered cotton-spinning factory in the United States.

The success of this mill brought in more mills setting off a wave of industrialization and immigration that changed the face of the United States.

This is a park in progress that is still building out its programs. Currently, you can pick up a Blackstone Passport Book to find all the places to visit.

Locations in Rhode Island include:

The Slater Mill was the first successful cotton spinning mill in the United States. The textile mills were the catalyst of the beginning of the transformation of the nation from farms to factories.

The Roger Williams National Memorial is located in Downtown Providence. The park offers the opportunity to explore park trails and see exhibits and a park movie. The memorial commemorates the life and work of Roger Williams.

We may not hear the name Roger Williams often but he played a huge role in inspiring parts of the Declaration of Independence and the U.S. Constitution.

Roger Williams was born in London in 1603. He dedicated his life to the belief that there should be a separation between government and religion. He felt that everyone should be able to practice their religious beliefs without the government trying to interfere.

He left England in 1636 to found a new community that included this belief. This original settlement would become the state of Rhode Island. The charter documents created Rhode Island in 1663 reflected his beliefs.

Mr. Williams was the champion of the ideal of religious freedom! This document would help inspire Thomas Jefferson and James Madison to include very similar language in the Declaration of Independence and the U.S. Constitution.

Today visitors to the memorial can see the site of a freshwater spring and common grounds that were part of the originally colony. You can walk trails through the park and see interpretive panels that talk about Roger William's and his life and legacy.

Touro Synagogue NHS is located in central Newport. The park offers a visitor center and tours of the synagogue.

Touro Synagogue is the oldest synagogue in the United States. It was dedicated in 1763 and is the only synagogue that is from the Colonial period.

The building was designed in the Palladian style by Newport architect Peter Harrison. It continues to be an active congregation. The original congregation was made of families who fled the Spanish Inquisition and settled first in the Caribbean before moving to Rhode Island. They moved to Rhode Island looking for religious freedom.

Every year the congregation holds an annual ceremony reciting a letter they received from George Washington in 1790. The letter assured the congregation that the government of the United States "gives no bigotry, no sanction and to persecution no assistance".

Today visitors can sign up for guided tours of the Touro Synagogue at the Loeb Visitor Center.

The Washington - Rochambeau NHT covers 680 miles across ten states. The trail offers the chance to explore the same routes the American and French soldiers took in 1781 and 1782.

Within Rhode Island, there is one site to visit the Joy Homestead. The Joy Homestead witnessed General Rochambeau and his 5,000 soldiers march on Scituate Avenue on June 18, 1781.

They were on their way to join  General George Washington and his Continental Army in the Battle of Yorktown during the American Revolution.

There are 2 National Parks in Rhode Island that receives over 64K visitors a year. These visitors produce over $3.8 million in economic benefits from tourism.

National Parks in Rhode Island also includes 465 places recorded by the Heritage Documentation Programs and over 12.5K objects in the Rhode Island National Park Museum Collections, along with 40 Archeological Sites.