The Caribbean islands offer the opportunity to experience the US Virgin Island and Puerto Rico National Parks. From historic forts to underwater snorkeling trails these parks offer a diverse array of things to see and do. 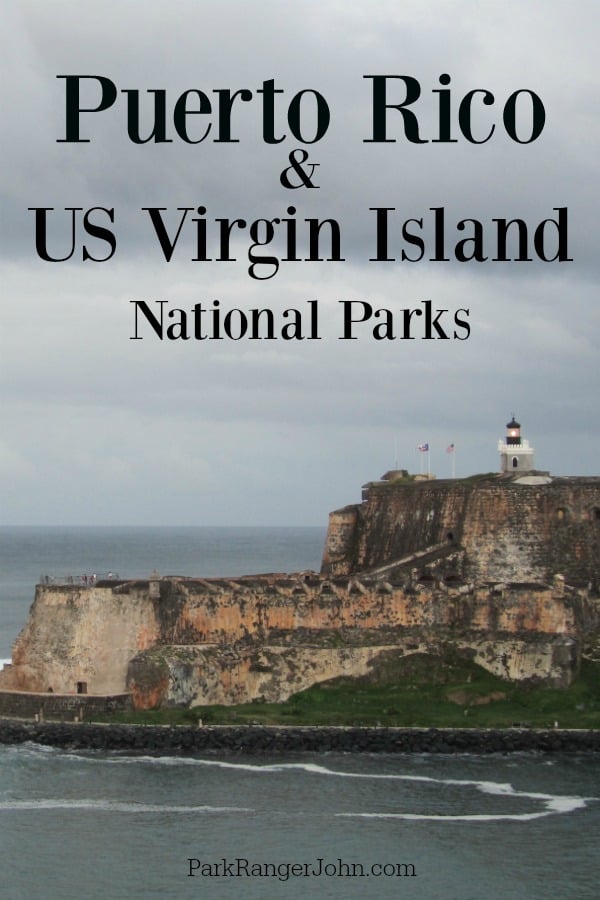 San Juan NHS is located within Old San Juan on the island of Puerto Rico. The park is open year-round and offers the opportunity to explore a historic fortification.

Juan Ponce de Leon founded Puerto Rico in 1509 on the northern coast of the island. San Juan was an important port for the Spanish with the port handling ships transporting silver, gold and other riches from the New World back to Europe.

Castillo San Felipe del Morro was constructed starting in 1539 by Spanish authorities. The construction of El Morro continued for two centuries. In 1595, English privateer Sir Francis Drake attacked El Morro at the request of Queen Elizabeth. He was driven back by the weaponry and soldiers at El Morro.

In 1598, after a 13-day siege English privateer, Sir George Clifford successively captured El Morro. He later abandoned the city because of disease and food shortage.

During the 1898 Spanish-American War the US warships fired on El Morro. This conflict resulted in the United States taking possession of Puerto Rico.  Many generations of soldiers lived and worked within the forts.

Visitors today can explore Castillos san Cristóbal, San Felipe del Morro, and El Canuelo plus bastions, powder houses and 3/4 of the wall erected around the old city. The views from the sentry tour are truly amazing.

Buck Island Reef NM is located on an island 1.5 miles off the northeast coast of St. Croix. The park offers scuba diving, snorkeling, swimming, and hiking.

The park is only accessible via Six National Park Service concessionaires offer trips to Buck Island from the St. Croix "mainland" or via private boat with anchoring permits.

It is the only spot within the United States that has a reef composed primarily of elkhorn coral. The park has a marked underwater trail for snorkeling.

Christiansted NHS is located on the waterfront area of Christiansted on St. Croix Island. The park is open year-round and offers the opportunity to tour a fort and examine the era of Denmark's sovereignty.

This National Historic Site was established in 1952 to tell the history of Danish rule over the islands. The US purchased St Croix, St. Thomas and St. John from Denmark for $25 million dollars in 1917.

During the time that Denmark owned the island from 1733 to 1917, the island's economic mainstay was sugarcane. The park includes 7 -acres including Fort Christiansvaern, Danish West Indies & Guinea Company Warehouse, Steeple Building, Danish Customs House and the Scale House.

Salt River Bay NHP and Ecological Preserve are located 5 miles northwest of Christiansted, St Croix Island. The park is open year-round and offers snorkeling, hiking, and the opportunity to learn about the earliest indigenous settlements in the central Caribbean to their clash with seven different colonial European powers to the present day.

Virgin Islands Coral Reef NM is located off the coast of St. John. The park is open year-round and offers snorkeling and scuba diving.

The park was established in 2001 to preserve and protect some of the best reef systems in the US-controlled territory. 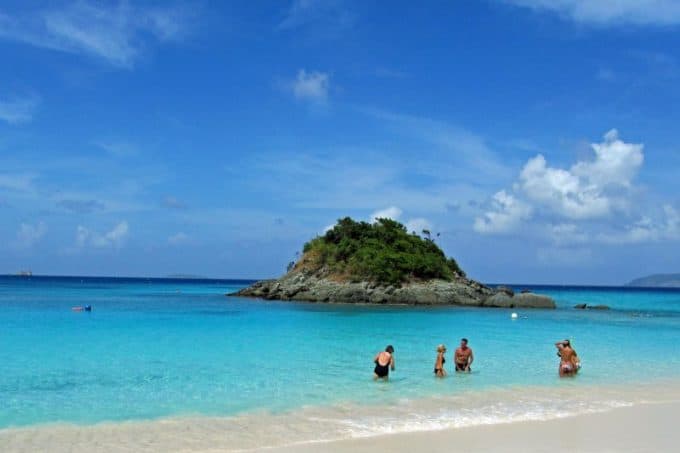 Virgin Islands National Park is located on two-thirds of the island of St. John as well as most of Hassel Islands. The park is open year-round and offers snorkeling, scuba diving, swimming, and camping.

The park was protected after influential people including Laurance Rockefeller used their fortune to acquire land on St. John. The land was given to the National Park Service in 1956 to create the park.

Visitors can enjoy an underwater snorkeling trail, bird watching, hiking trails, and so much more. This is an amazing tropical getaway in the gorgeous blue Caribbean waters.

If you have dreamed of working in the National Parks make sure and check out our article on how to become a Park Ranger. Working in the parks is one of the most amazing jobs you can find. There is just something special about waking up and knowing you are going to work in a beautiful park.