Mount Rushmore National Monument is an icon of the United States. Located in the Black Hills of South Dakota a trip to Mount Rushmore should be on everyone's bucket list. These Mount Rushmore Facts will hopefully help share how immense and amazing this monument is. 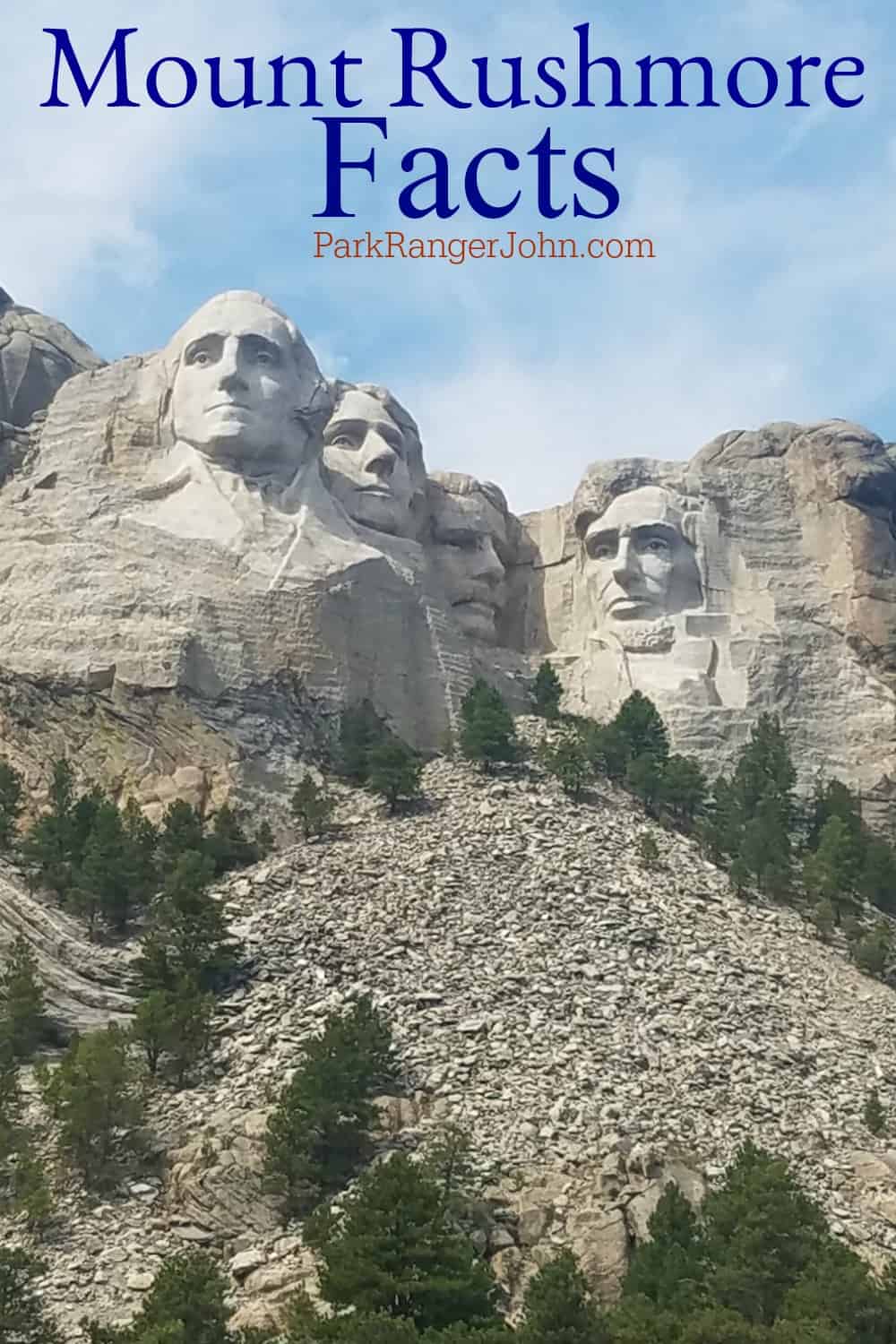 Mount Rushmore was the vision of Sculptor Gutzon Borglum.

Gutzon Borglum died seven months before it was finished the monument was completed by son Lincoln.

Between 1927 to 1941 with the help of over 400 workers and influential politicians, Borglum began carving the memorial.

Mount Rushmore is carved into the granite rock face

The granite is so hard that only 1 inch of granite erodes every 10,000 years.

National Park Service staff repels over the side of the faces to inspect and caulk any cracks or fissures that they find. They use a silicone sealant, which seals out moisture and helps prevent ice and snow from penetrating into the cracks and splitting or damaging the sculpture

90% of the heads were carved with dynamite

No one died during the carving of the memorial 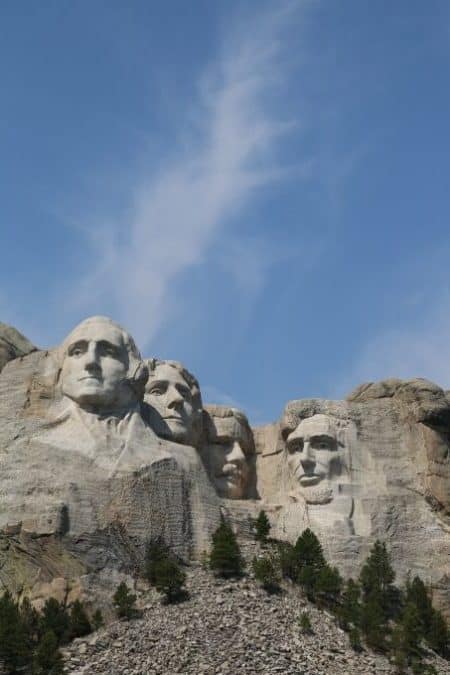 On August 10, 1927, President Calvin Coolidge participated in the formal dedication of Mount Rushmore.

South Dakota historian Doane Robinson dreamed up the monument in 1923 as a way to attract more visitors to South Dakota.

The original idea was for western heroes like Oglala Lakota leader Red Cloud, explorers Lewis and Clark, and Buffalo Bill Cody into the nearby stone pinnacles known as the Needles.

Washington’s face was completed in 1934.

Roosevelt was finished in 1939

The monument was declared complete on October 31, 1941.

The Avenue of Flags has flags from all 50 states, one district, three territories, and two commonwealths of the United States of America.

Over 116 million people have visited Mount Rushmore since 1941.

October 1925 Gutzon Borglum hosted a dedication for Mount Rushmore before carving had even begun.

August 1927 Gutzon Borglum hosted another dedication with President Coolidge. During this dedication, he used a jackhammer and six drill bits to begin carving George Washington.

When President Coolidge arrived at Mount Rushmore 21 tree stumps were blasted making it the first time a president received a "21 stump" salute.

On the 2nd day of working on Mount Rushmore in 1927 it snowed. They had to call off the work because of ice and wet rock surfaces.

Workers climbed more than 500 steps built along the mountain to get to the top.

Borglum had to change his model 9 times due to the surprises he encountered while creating Mount Rushmore.

Some of the jackhammers used to create Mount Rushmore weighed 45 to 55 pounds, some even weighed 85 pounds.

One worker Jack Payne was fired for yodeling at one point during construction.

Drillers hung from a steel cable that was only 3/8 inches thick.

450,000 tons of granite was blasted to create Mount Rushmore

One pound of dynamite removed one cubic yard of rock.

The muck pile is the pile of rocks created from the explosions.

Senior Drillers made $.75 an hour

The blacksmith would sharpen 400-500 drill bits a day

In 1934 Borglum decided that Thomas Jefferson's face was not strong enough. He had powder men blast off the face and moved Jefferson to the other side.

In 1937 there was a baseball team at Mount Rushmore.

Lincoln Borglum was the superintendent of Mount Rushmore from 1941 to 1944.

The National Park and Borglum family have agreed that no other artists should continue work on Mount Rushmore so no other faces will be carved. 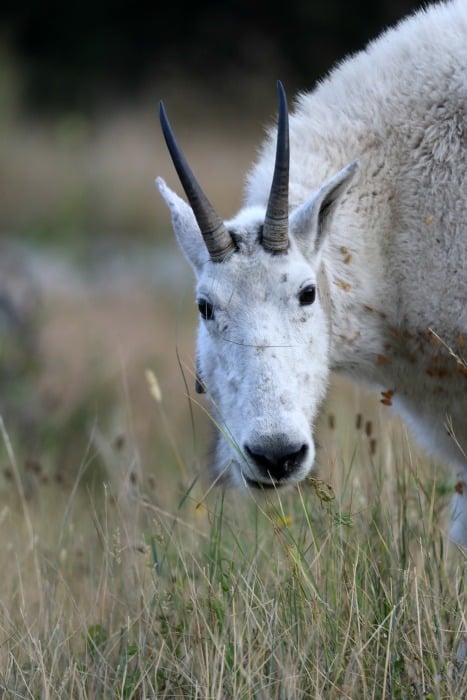 The mountain goats at Mount Rushmore are descendants of a herd that was gifted to Custer State Park by Canada in 1924.

What presidents carved into Mount Rushmore?

George Washington - represents the birth of our country

Thomas Jefferson -  symbolizes the expansion of the nation

Abraham Lincoln -  embodies the preservation of the nation

Theodore Roosevelt - represents the development of our country

How big are the heads on Mount Rushmore?

The heads are approximately 60 feet tall equivalent to a 6 story building.

The eyes are about 11 feet wide

The mouths are approximately 18 feet wide.

How many people worked on Mount Rushmore?

There were approximately 400 people who worked at Mount Rushmore during the carving process from October 1927 to October 1941.

How was Mount Rushmore Named?

Mount Rushmore was named after Charles Rushmore, a New York lawyer investigating mining claims in the Black Hills in 1885.

How many national parks are there?