Made famous in the film "Birdman of Alcatraz" and as the Federal home for Al Capone for a while, San Francisco's Alcatraz Prison, and therefore the barren island upon which it stands, has now become one of the city's most visited tourist spots.  Alcatraz Island is part of the Golden Gate National Recreation Area managed by the National Park Service. 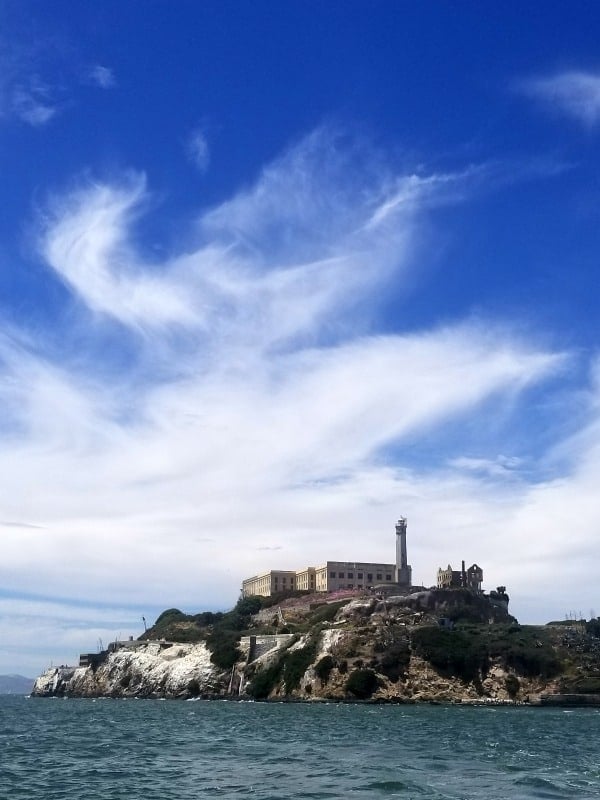 Alcatraz, or more correctly, Islo de los Alcatraces, was named by the Spanish explorer Manuel de Ayala. The literal translation of this is Island of the Pelicans. The Island has served three purposes, these being as a fort during the civil war, a symbol for Native Americans and, more famously these days it is remembered as a Federal prison. However, a trip to "the rock" as it is nicknamed, will provide the traveler with a wealth of history about all of these events.

Alcatraz, the Rock, 25 acres in size, is set in cold gray waters 1-1/4 mile from San Francisco. Even when it's hot in San Jose or Oakland, the cold winds across the rock never stop. It is truly a place of punishment, meant for the irredeemable.

Al Capone lived there. So did George "Machine Gun" Kelly, and Robert Franklin Stroud, the killer who spent 54 years in prison, 42 of them in segregation.

"No one has ever escaped from Alcatraz and no one ever will." So begins the true story of Frank Morris in the 1979 movie, Escape from Alcatraz. When we see the look on Clint Eastwood's face, we know he will be the one to do it. The truth behind the riveting movie is that in 1962, Frank Morris, John Anglin, and Clarence Anglin did escape from the supposedly escape-proof "Rock." By chiseling away concrete from an air vent leading to a utility corridor, the three men were able to crawl up through the ventilation shaft and remove a grille, they had prepared by substituting dummy rivets of soap. They scrambled down the steep cliffs where they entered the water in a raft made of raincoats. The official conclusion has been that they drowned or were eaten by sharks.

The small island of Alcatraz in the middle of San Francisco Bay was first a lighthouse, then a military fortification, then a military prison and finally a federal prison until 1963. Covering 22.86 acres, the island was discovered by Spaniard Juan Manuel de Ayala in 1775. He named it "La Isla de los Alcatraces" (The Island of the Pelicans). John Fremont bought the island that same year.

Following the acquisition of California by the U.S. Government at the end of the Mexican-American War, the U.S. Government turned the island into a fort to guard the entrance to San Francisco Bay. It was armed with cannons throughout the Civil War and used to house Confederate sympathizers on the West Coast. 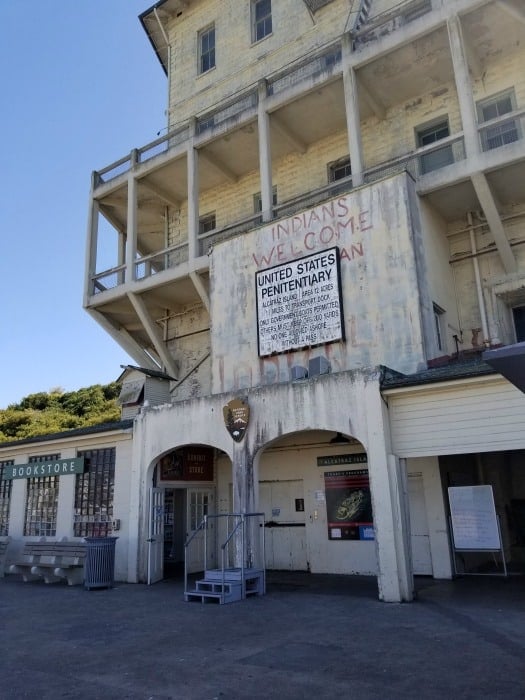 By 1867, Alcatraz was designated a detention unit rather than a defensive position. Some of its first prisoners were Hopi Native American men. In 1907, it was officially named as the Western US Military Prison. In 1909, the huge concrete main cell block was started and the Citadel, a three-story barracks was destroyed down to the first floor (below ground level). That sunken first floor became the famous "dungeons" below the main cell block.

Because of its isolated position and the cold hazardous currents, Alcatraz was thought to be the perfect prison. It housed civilian prisoners after the 1906 San Francisco earthquake and by the 1920s, a large 3 story structure was nearly full. Alcatraz became a federal prison in 1934. During the next 29 years, it became famous for the well-known criminals it held. Al Capone, Robert Franklin Stroud (the Birdman of Alcatraz), James "Whitey" Bulger, George "Machine Gun" Kelley, and Alvin Karpis were just a few who have inspired movies and legends. 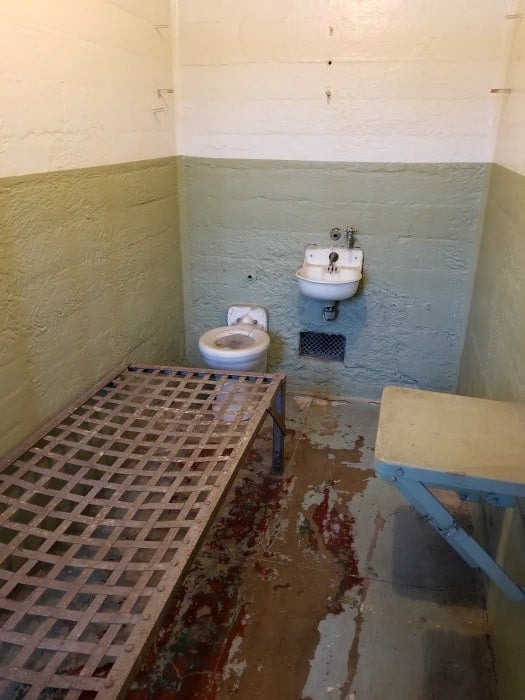 Because of its expense to operate and its deteriorating condition, Alcatraz was officially closed in 1963 by Attorney General Robert Kennedy and the prisoners were sent to a federal facility in Marion, Illinois. The island has been a national recreation area since 1972 and is considered a destination point for San Francisco visitors.

Ferry boat tours leave from Pier 33 near Fisherman's Wharf. A day tour will take you to the island; give you an audio guided cellblock tour, and time to explore the island at your own pace. For brave souls, there are also Alcatraz night tours.

The final designation of Alcatraz is yet to be determined. In 2008, the Global Peace Foundation proposed razing the prison and building a peace center in its place. The initiative failed on the February ballot.

In the meantime, the stories go on about whether the three men led by Frank Stroud made it to San Francisco. Remnants of their raft were found on nearby Angel Island.

The waters are treacherous but it is possible. Ask Jack La Lane who did the swim in 1954 with his hands handcuffed. Jay Platt, a retired U.S. Marine Corps Gunnery Sergeant, from Jacksonville NC, made the swim in 2005 with both his hands and feet tied. 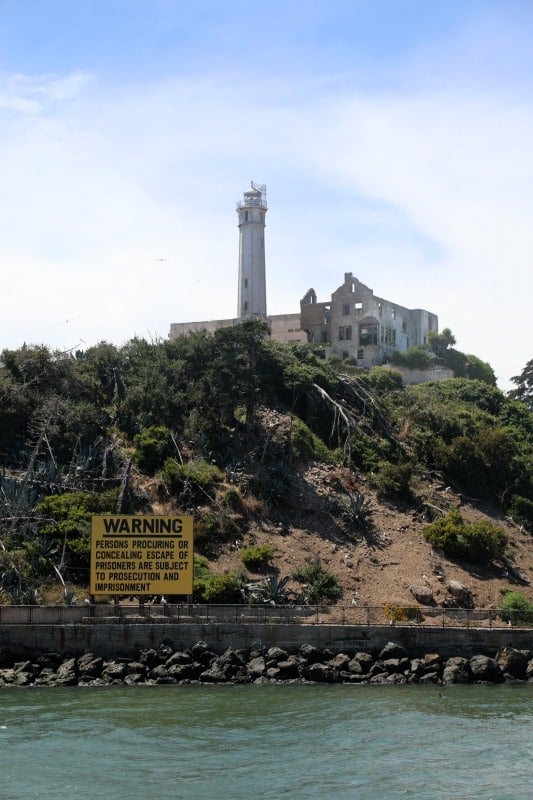 In the island's museum, you will find relics and artifacts from the time the island served as a military prison when it was predominately used to imprison army deserters, those who sympathized with the Confederates and soldiers who had been court-martialed.

Then there is a journey through the era from 1934 when Alcatraz became a Federal prison, and its structure improved to make it a high-security establishment. This period is widely represented on the island. You will find records and photographic evidence of the famous inmates. There are also stories and articles used in the fourteen escape attempts made from the prison, which saw 36 prisoners bid for freedom. These include the Paper-Mache heads used by some prisoners to disguise the fact they were missing. In addition, there are exhibits of the equipment and cells that were used to restrain and house prisoners as well as some of the articles that they made during their stay.

Apart from the museums and prison building relics, Alcatraz also has a lighthouse and a wide variety of wildlife inhabitants, particularly sea-gulls and other bird life, both on and in the waters surrounding the rock.

There are regular boat trips to Alcatraz during the day and evening. Many believe that the night visits are best because of the atmosphere that abounds on the island during these hours. However, it will be an enjoyable experience at any time if you have an interest in this type of cultural history and there are guided tours available, which will enhance the experience.

Here are some great tours that will take you to Alcatraz!