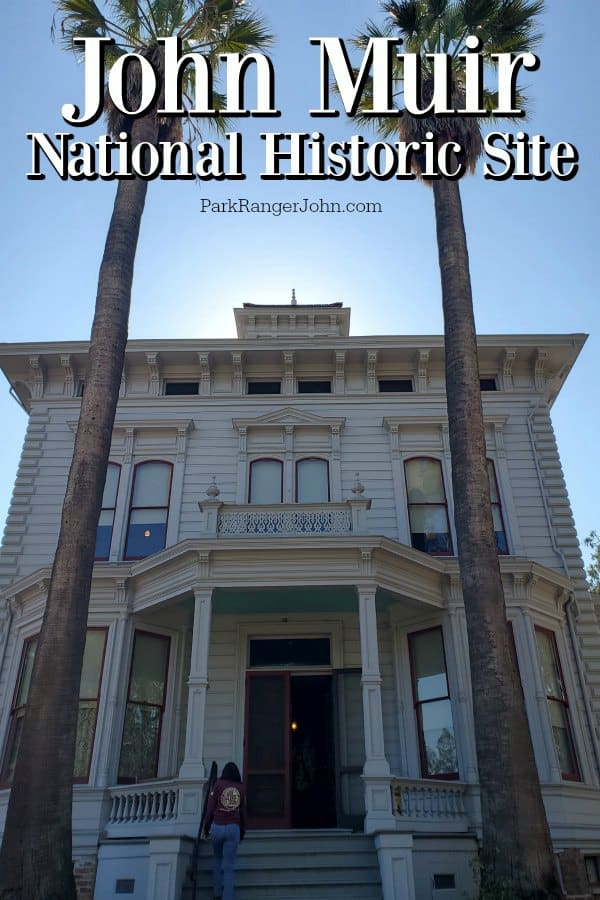 John Muir is often called the father of the National Park Service.

Muir also started the Sierra Club and was the president until his death in 1914.

John Muir NHS preserves the house that John Muir lived in for the last 24 years of his life. The house was built by Dr. John Strentzel who was John Muir's father-in-law.

If you are in the area make sure and visit Muir Woods National Monument which is also named after John Muir.

John Muir is the father of American conservation. The Scottish born Muir was heavily influenced by the writings of Henry David Thoreau and Ralph Waldo Emerson and himself became one of the greatest of nature writers.

He was a pioneer in recognizing the havoc man was inflicting upon the wilderness and that led to his greatest achievements which were founding the Sierra Club in 1892 and leading the campaign for conservation, preserving Yosemite, and establishing National Parks.

Muir Woods National Monument just north of San Francisco is one of many places named after him.

From 1880 to his death in 1914 at 76, Muir resided in Martinez which is less than an hour's drive northeast from San Francisco. John Muir National Historic Site provides visitors the opportunity to tour his home and fruit farm.

Located at 4202 Alhambra Ave., the site is literally right off State Hwy 4 which would be much to Muir's chagrin.

There is a bell tower atop the house and the glorious view of farmlands and wilderness in all directions once observed by Muir is now despoiled by the human contribution of roads, gas stations, houses, and aircraft.

Muir married into the property. Originally a Spanish land grant, Dr. John Strentzel purchased a 2,600-acre section of Alhambra Valley land from the Spanish family owners and established a fruit farm. Muir had traveled to California and eventually married Strentzel's daughter Louisa in 1880.

The Italianate house on the hill was contracted in 1882. Muir managed the fruit farm from 1882 to 1887 after which his family urged him to pursue his passion full time.

For the remainder of his life, Muir concentrated on conservation efforts, travel, and writing.

Following his death, the property passed to his daughters who promptly sold it to another family in 1915. The 1960s saw the house and farm becoming a national historic site.

Visitor parking is free though somewhat limited. There is an admission charge to enter the grounds and a ranger provided a self-guided tour booklet to be returned at the conclusion of the tour. The guide is simple to follow with points of interest numbered along the path.

The outdoor numbers identify the various fruit groves. A flaw is no identification is given the myriad of trees and plants. The carriage house was preserved and it is not stated whether or not the carriage inside belonged to Muir or not.

The house has been maintained in excellent condition and is a typical lovely example of houses from that time period. To the right of the front entrance is a sitting room flowing into the living room. On the left side are the dining room and kitchen.

The second floor contains the bedrooms and Muir's study. There are no drapes or shades in Muir's bedroom and the guidebook reveals that Muir always wanted to see the outside view.

Visitors are allowed to ascend into the large attic and finally up the narrow stairs into the bell tower which offers excellent photo opportunities with the views. You are allowed to ring the bell.

All of the rooms including the attic are filled with wonderful antique furniture and things and supposedly these are original furnishings. But were they collected to recreate Muir's time period or did they actually belong to the family?

There is no actual museum and a lack of personal memorabilia to look at though his saddle is on display. The tour concludes at the rear of the property with a two-story adobe house built by the original owners

in 1849. A section of the wall has been removed to reveal the adobe bricks. For a time, Muir's daughter lived there and Muir often dined and visited his grandchildren there.

John Muir National Historic Site is a pleasant place to visit on a nice sunny day because of the grounds and opportunity to step back into time. Visitors should study the photos of how the house and farm once looked and contrast what is seen now from the same perspectives. The inevitable conclusion will be reached that Muir was a visionary in comprehending the damage man would inflict upon the environment. 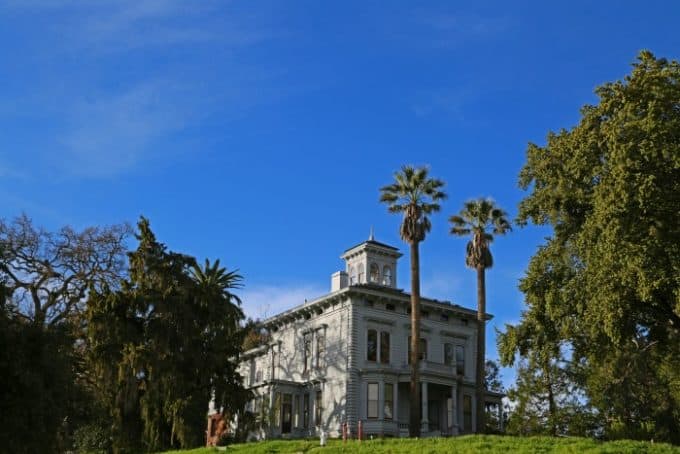 Check out the Visitor Center

The visitor center is the perfect place to start your visit to John Muir NHS. Make sure and watch the 20-minute video A Glorious Journey to learn more about John Muir's work.

You can tour the 14 room Victorian-style house on your own or on a ranger tour. You can view the writing desk that John Muir called his "scribble den".

Take in a Ranger Program

Muir/Strentzel Family Gravesite Tour- Learn more about where John Muir is buried along with his family. Tours are offered every Wednesday, Saturday, and Sunday at 3:00 pm and leave from the visitor center.

Enjoy the cell phone tour of the grounds

There are wooden posts around the grounds that provide information about the historic site. There is no cell phone tour inside the house.

Mt. Wanda is 326 acres of oak woods and grasslands that John Muir named after his eldest daughter. If you plan on exploring Mount Wanda please be prepared with water. There are no bathrooms on the mountain.

You can pick up a Junior Ranger program at the visitor center. Explore the park and learn more about John Muir. 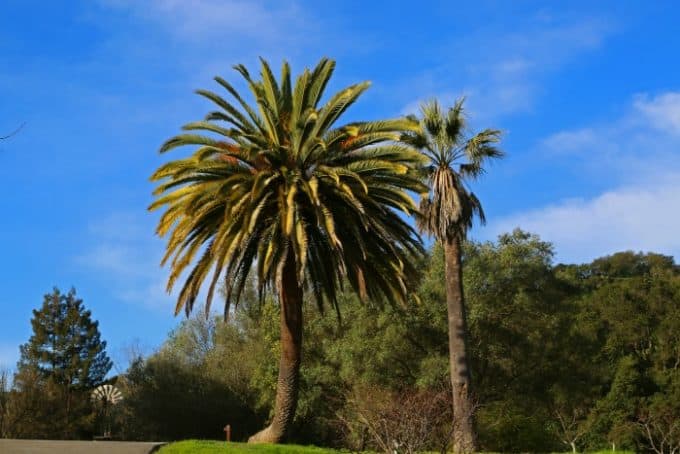 Hours Of Operation: Muir Home Site: Open 7 days a week from 10:00 am to 5:00 pm, year-round, except closed on Thanksgiving Day, Christmas Day, and New Year's Day.

John Muir NHS is for pedestrians only, no bicycles or motor vehicles are allowed in the park.

Check out all of the National Parks in California