Mount Everest. The Sahara. The Amazon. Grand Canyon National Park. These are the standards by which the earth's immense wonders are measured. They themselves defy human comprehension. Though people have mapped their surfaces and plumbed their depths, analyzed their climates, studied their histories, and cataloged the life they contain, they still numb the mind by the mere fact of their existence. The more you know about them, the more awesome they become.

The statistics about the Big Ditch (as Arizonans have been known to call their canyon) are stunning. To travel from end to end, including the narrow passageway called Marble Gorge, means a river journey of some 277 twisting miles, almost equal to the highway mileage from Chicago to Louisville, Kentucky. The distance between the walls ranges from 18 miles to less than 1/2 mile. In the awesome 10-mile-wide central section, the canyon averages a mile deep, 4,700 feet deep from the South Rim, 5,700 from the North Rim. To travel from one rim to the other at this point, you must drive about 215 miles or walk at least 21 miles along steep trails; in the course of the arduous hike, you would experience at least four of the continent's seven life zones, the equivalent of a trek from the Mexican desert to the Canadian woods. Along the walls of the canyon, some 2,000,000,000 years of the earth's history have been laid bare by the driving, abrasive force of the Colorado River. To accomplish this erosive feat, the river has carried an average of 400,000 tons of slit per day through the canyon. (It would take 80,000 five-ton dump trucks to do the same job, that's nearly a truck a second.) There have been days on record when this incredible tonnage was multiplied almost seventy-fold. 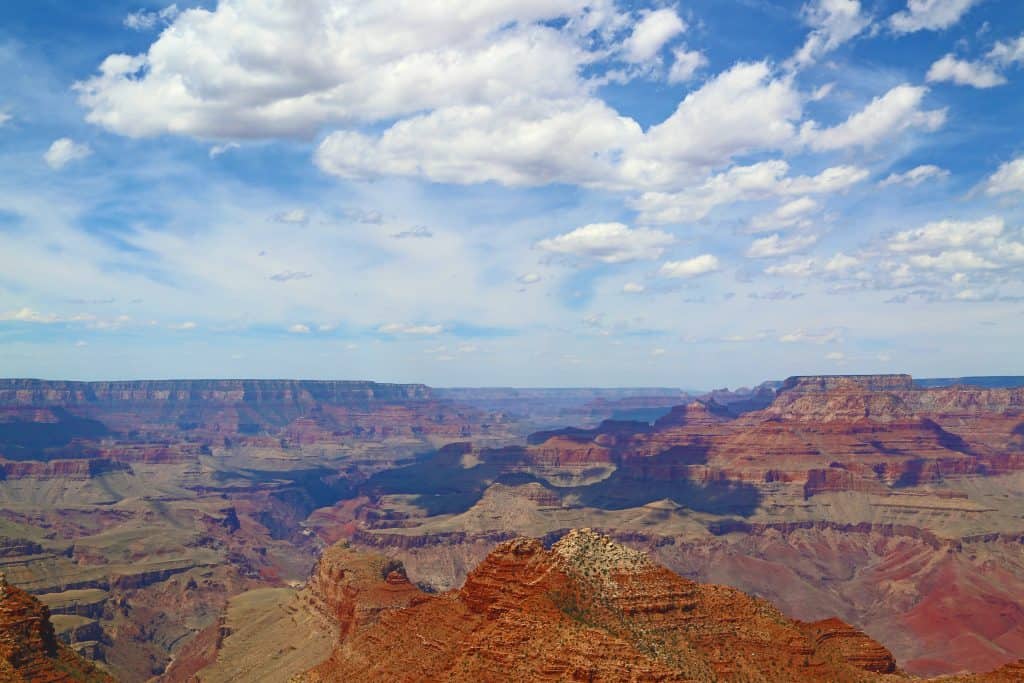 The Grand Canyon experience
All these numbers mean nothing at that moment when you find yourself abruptly at the canyon's rim. Without warning, the solid earth is gone, and reality crumbles beneath your feet. It is as though in a dream you have climbed a high mountain and you wake startled, teetering over empty space on the brim of a sheer cliff. You overlook a mountain range, but these are no ordinary peaks. Thrusting upward into space before you, they shimmer and glow with colors from a surreal palette. Advancing into the hazy distance, they have the form and shape of architecture, of monumental sculpture. To name them, people have invoked the memories of ancient gods: Jupiter, Juno, Apollo, and Venus have temples here; and so do Vishnu, Deva, Shiva, and Brahma. There is an Isis Temple and an Osiris Temple, towers of Ra and of Set, Vulcan's Throne, Wotan's Throne, and the Freya Castle. There is no overstatement in these names. This grandest of canyons is the proper setting for the fearsome gods of old.

Small wonder that the first Europeans to view the mighty chasm, a group of Spanish conquistadores led by Don Garci­a Lopez de Cardenas, could not grasp its true magnitude. In search of golden cities, they had been led across the Painted Desert by Hopi Indian guides, who finally brought them to the canyon's steep South Rim. Like millions of visitors since that day in 1540, the Spaniards underestimated what they saw. After four fruitless days of trying to find a way down to the silvery ribbon of water flowing at the bottom, they gave up and left the canyon. 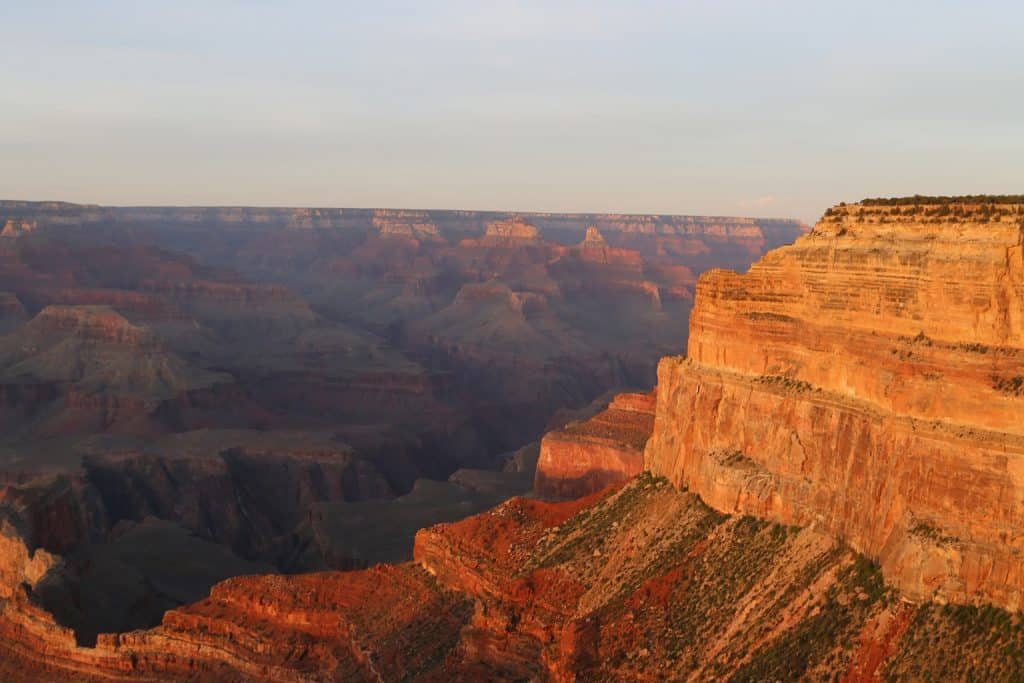 To look upon the canyon's immensity is to be awed, overwhelmed by unreality; to enter it is to be consumed by a very real world indeed. The way down is long and steep, not an afternoon's stroll. The lovely bands of color are sheer cliffs, or boulder-strewn talus slopes left by thousands of millennia of rock slides. The rocks are hard and sharp, and they sometimes give way underfoot. A delicate spire that you saw from the rim, when you reach it, a towering monolith with automobile-sized boulders at its base. The deeper you go, the hotter and drier it gets. Tall ponderosa pines give way to twisted pinyon pines and junipers, and then to desert scrub. By the time you are deep enough to feel the horizons narrowing overhead, you have become just another small part of the canyon's vast totality. 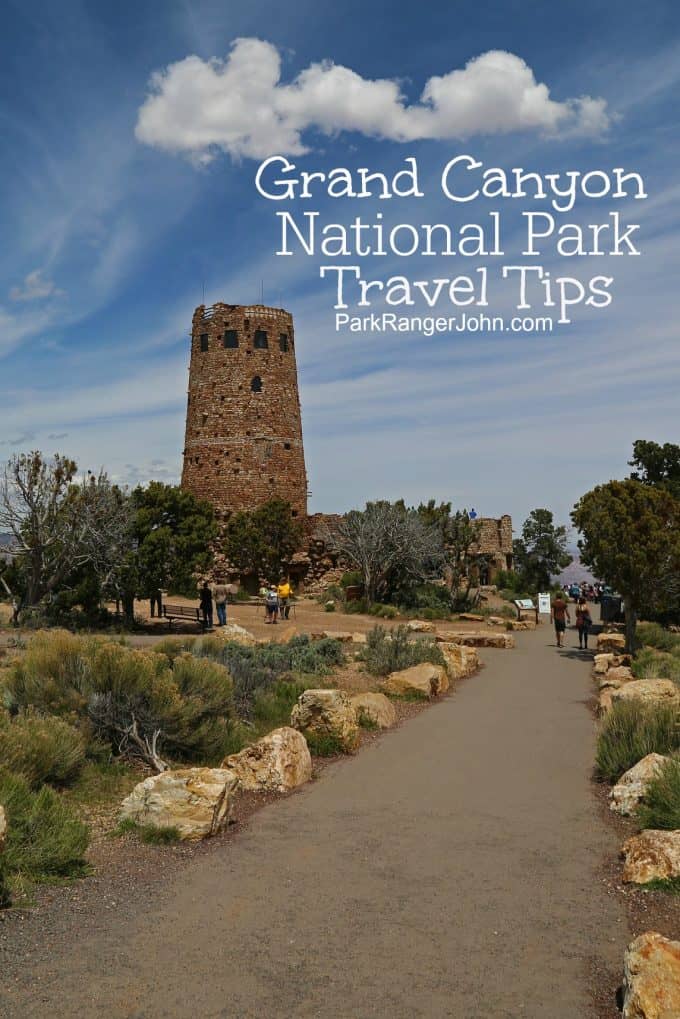 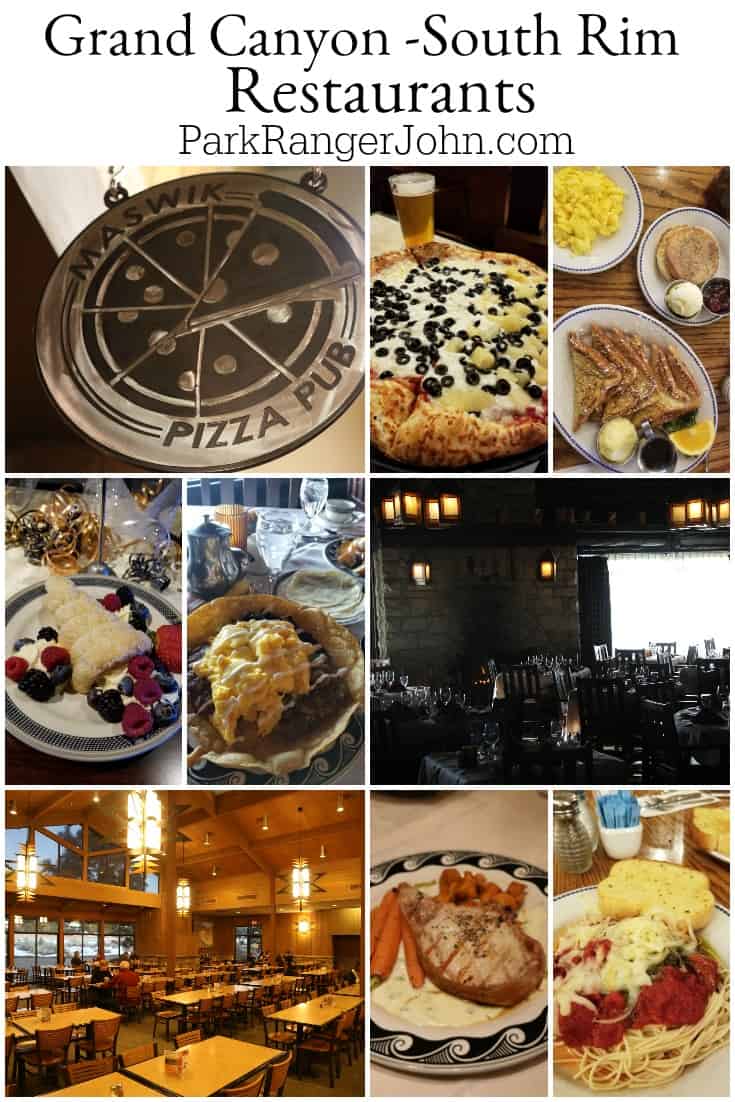 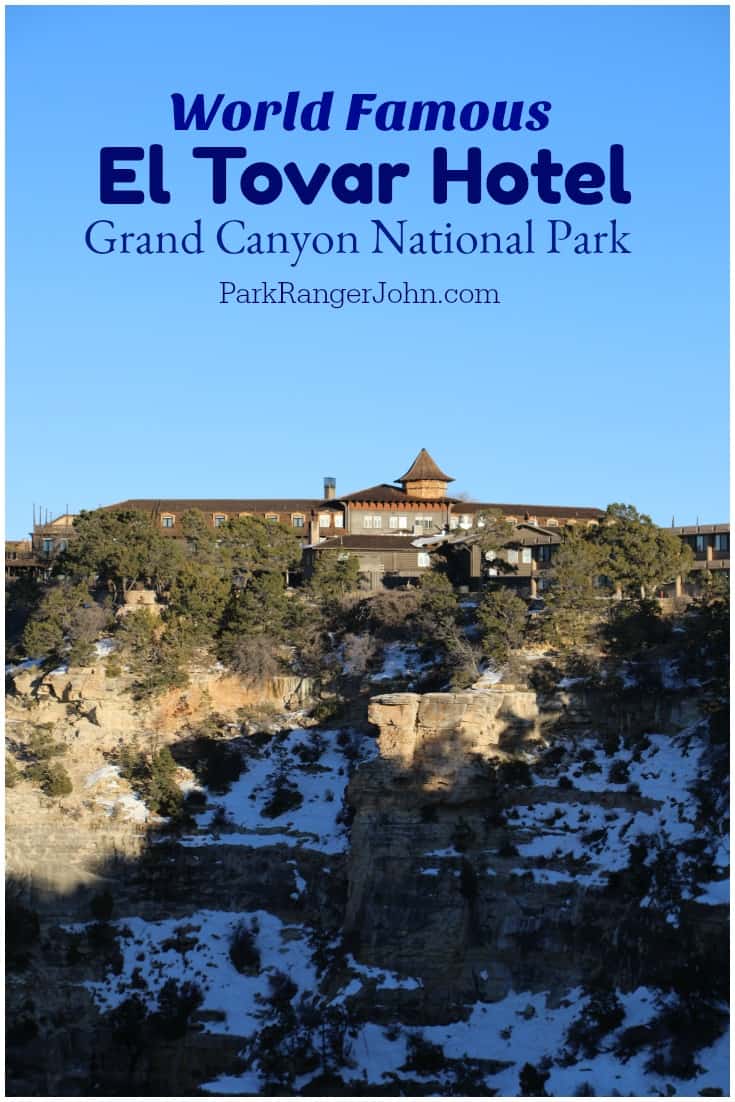 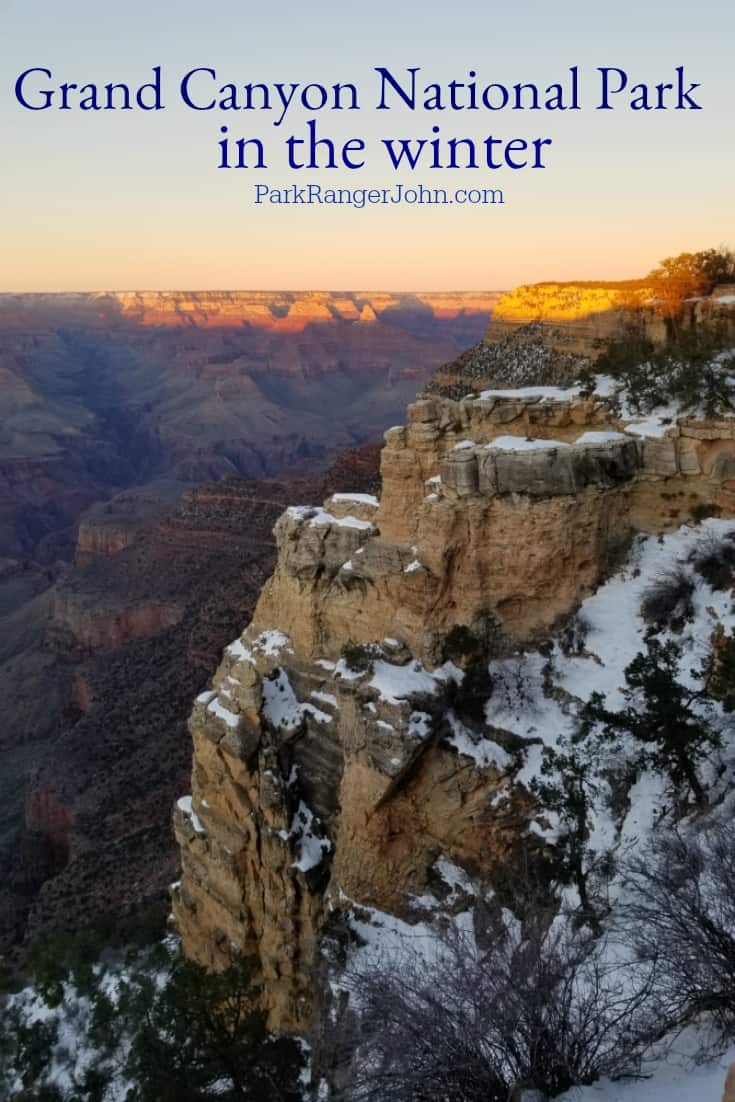 Grand Canyon in the Winter