You can check out this interactive map that pop-ups ups revealing specific site information along the Santa Fe National Historic Trail. This is a great way of checking out where you will be traveling and if there is an opportunity to explore the Sante Fe Trail. One thing to know is that a large portion of the trail is privately owned and not accessible to visitors. There is a list at the bottom of this article sharing where you can visit along the trail and learn more about the trail. 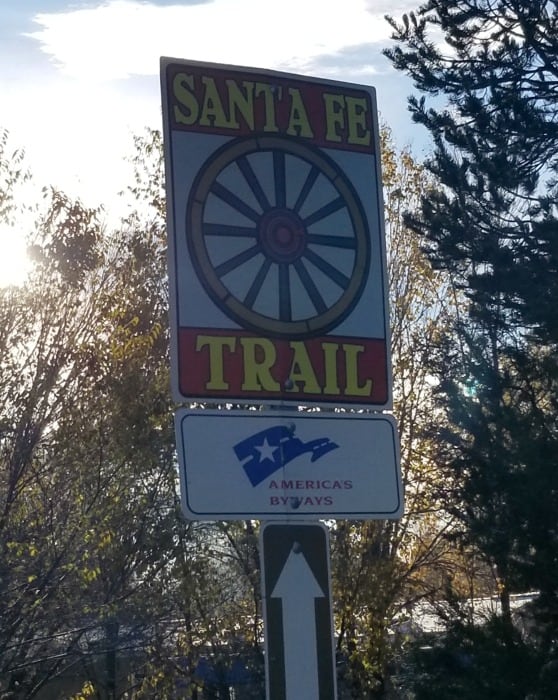 The Santa Fe Trail was a famous transportation route of the nineteenth century that ran through the center of North America, connecting the cities of Independence (today in Missouri ) and Santa Fe (today in New Mexico ). It is about 870 miles of arid plains, deserts, and mountains.

The French explorer, Pedro Vial discovered and explored the route in 1792 and in 1821 he established the path of Santa Fe to take advantage of the new commercial opportunities with Mexico that had just obtained its independence from Spain in the Mexican War of Independence.

In 1825 the governor of New Mexico, Bartolomé Baca, ordered Manuel Escudero de Chihuahua to negotiate with Washington the opening of the US borders to the merchants of Mexico. Starting with 1826, the most prominent families of New Mexico, such as the Armijos, Chávez, Oteros, and Pereas, entered the commerce business along the way, so that in 1843, merchants from New Mexico and Chihuahua were already a majority among those involved in the movement of goods by the Santa Fe trail.

In 1835, Mexico City sent Albino Perez to govern the department of New Mexico as Political Chief and as a military commander.

In 1841, a military and commercial expedition left from Austin, representing president Mirabeau B. Lamar of the Republic of Texas. Its objective was to convince the people of New Mexico and Santa Fe to cede control over the disputed territory with Mexico, and the associated commerce.

In 1842 Colonel William A. Christy wrote to Sam Houston, the president of Texas at that moment, to request support for a plan made by Charles Warfield to recruit forces to aid in overthrowing the New Mexico provinces and also Chihuahua and return half of the spoils and plundering to the Texas Republic.

Later, the trail served as a strategically important commercial and military road until the construction of the railway line to Santa Fe in 1880. Originally it was an international trade route connecting the United States with Mexico, but in 1846 served the US Army in invading New Mexico during the American - Mexican War. After the US seized the area of the South West, the trail helped in the economic development of the region, and above all, playing a key role in expanding the ownership of the west. Nowadays, the trail is managed by the National Parks Service as the Santa Fe National Historic Trail. The modern motorway, which runs close to the former route in Colorado and northern New Mexico, has been marked as the "Santa Fe Trail National Scenic Byway".

Trading on the Santa Fe Trail dates back to the colonization of the North American West. The route began on the Missouri River, where goods were transported by ship to the westernmost parts of the United States. With the advancing colonization, the beginning of the trail moved gradually upstream to the west to new villages. Later, when the first two trade trains were fitted out in Franklin, Missouri, they could follow the course of the Missouri River upriver in Arrow Rock, then Lexington, Fort Osage, and finally Independence. Depending on the viewing period, today Franklin or Independence are regarded as the beginning of the Santa Fe Trail.

The route crossed the Comanchería, the territory of the Comanches, who demanded compensation to guarantee safe passage. Comanches usually assaulted American travelers along the trail, finding it unacceptable to have to pay a fee for the passage to Santa Fe, and soon, all Comanches fled the area, opening the area to American settlements.

Segments of this road in Missouri, Kansas, Oklahoma and New Mexico are included in the National Register of Historic Places. The longest section of clearly identifiable way, Santa Fe Trail remains near Dodge City (Kansas) and it is listed as a National Historic Landmark. 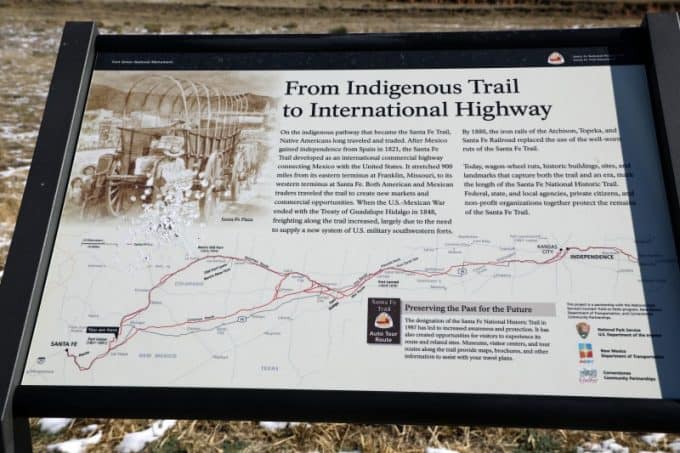 Sites you can visit along the Sante Fe National Historic Trail 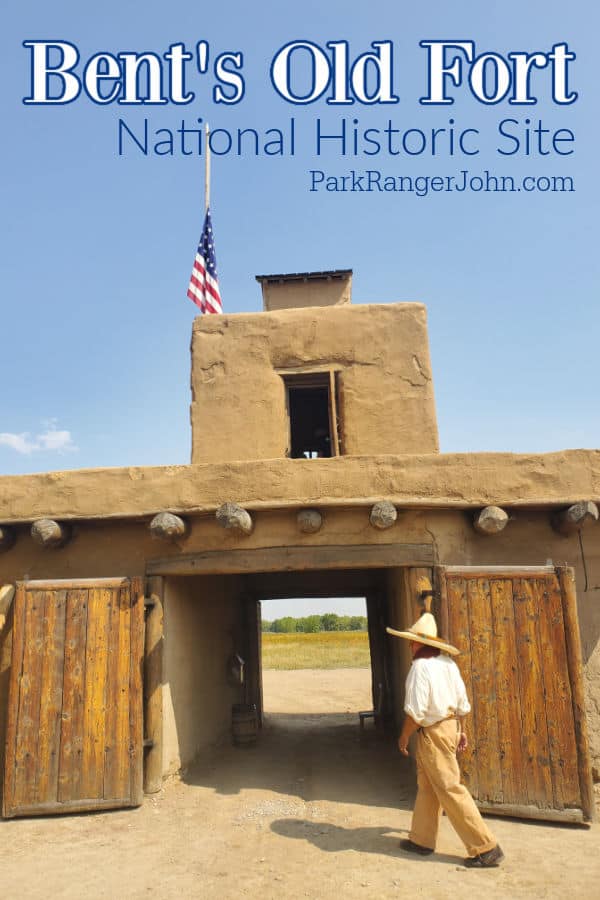 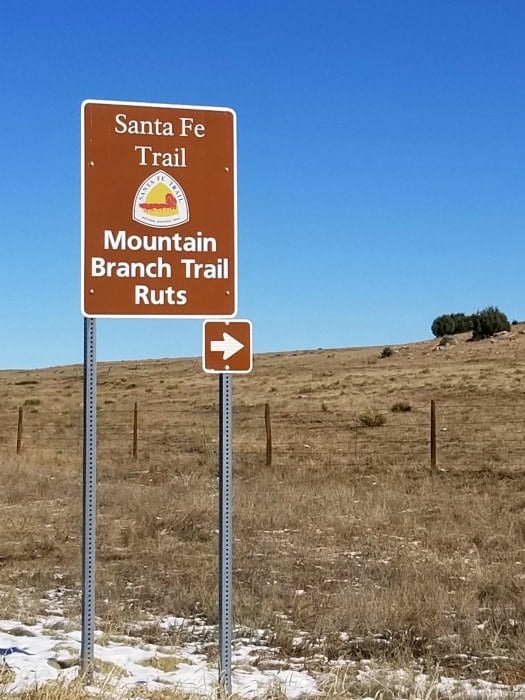 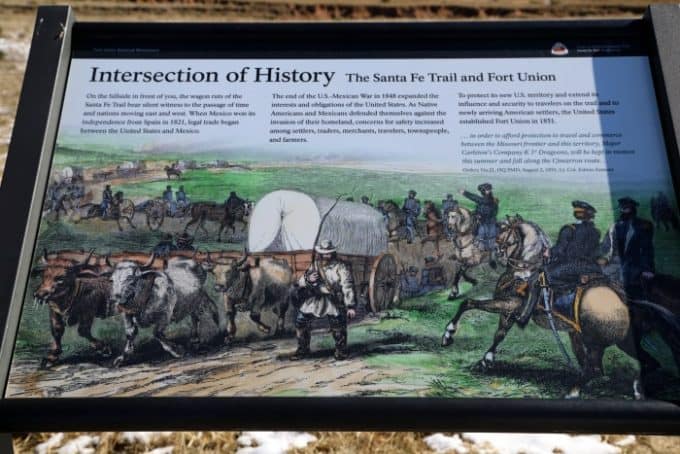 If you are planning to explore the entire Sante FE NHT you can dive into the official Junior Wagon Master for the Santa Fe National Historic Trail! This program is in depth and includes visits to all of the sites along the trail. You can earn up to four patches by traveling the trail.