Camping Games are great fun for the whole family! Whether you are planning an outdoor church or youth group event or one of your summer camping trips with your kids, teens, heck even the adults will love these camping games. The best part is that they are lightweight, take up little space and are easy to pack. 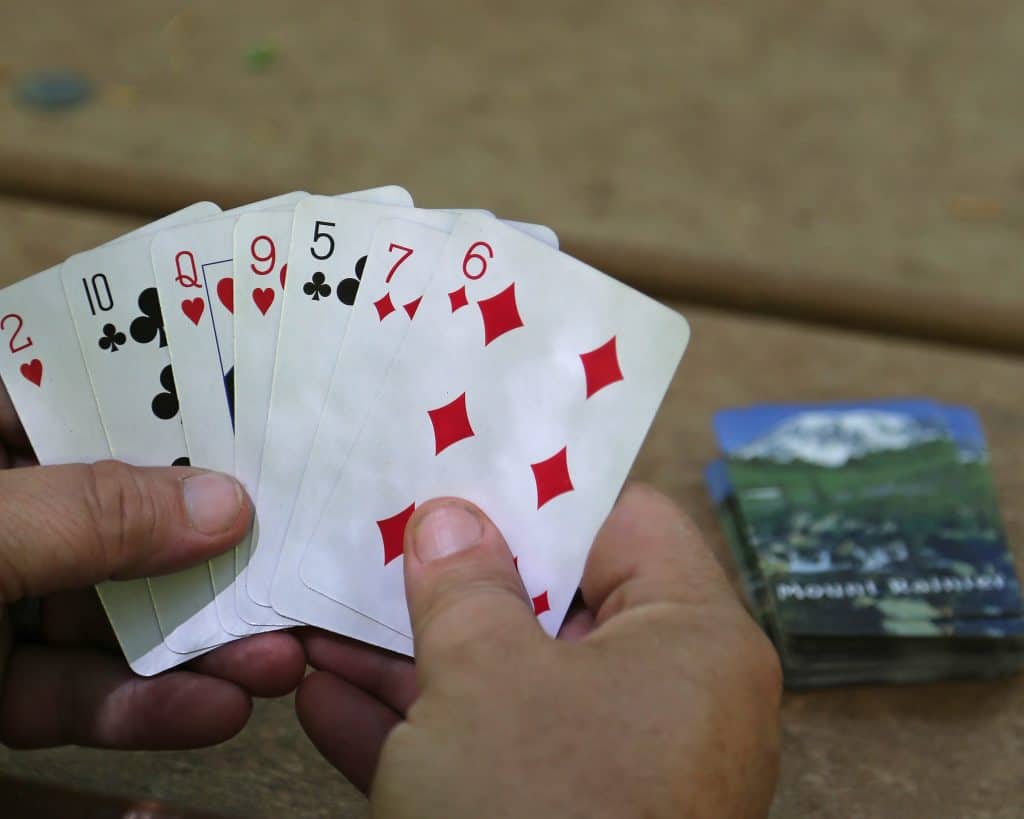 I want to pass on the list of top camping games I have seen in my career as a Park Ranger.

I am also placing the ones that are safe for everyone (anyone else remember playing lawn darts with the metal tips growing up?)

This page contains affiliate links. If you were to make a purchase through one, I would receive a small commission. Thanks for your support of Park Ranger John

I have seen horseshoe pits at several private and state campgrounds. Many of these will have the horseshoes available for rent at the park store so you won’t even have to bring anything with you! They are easy to play and a game that everyone seems to enjoy!

I really like this game for several reasons. Ladder Toss can be set up anywhere without disturbing the ground and trees,  it is easy to set up and is fun to play! 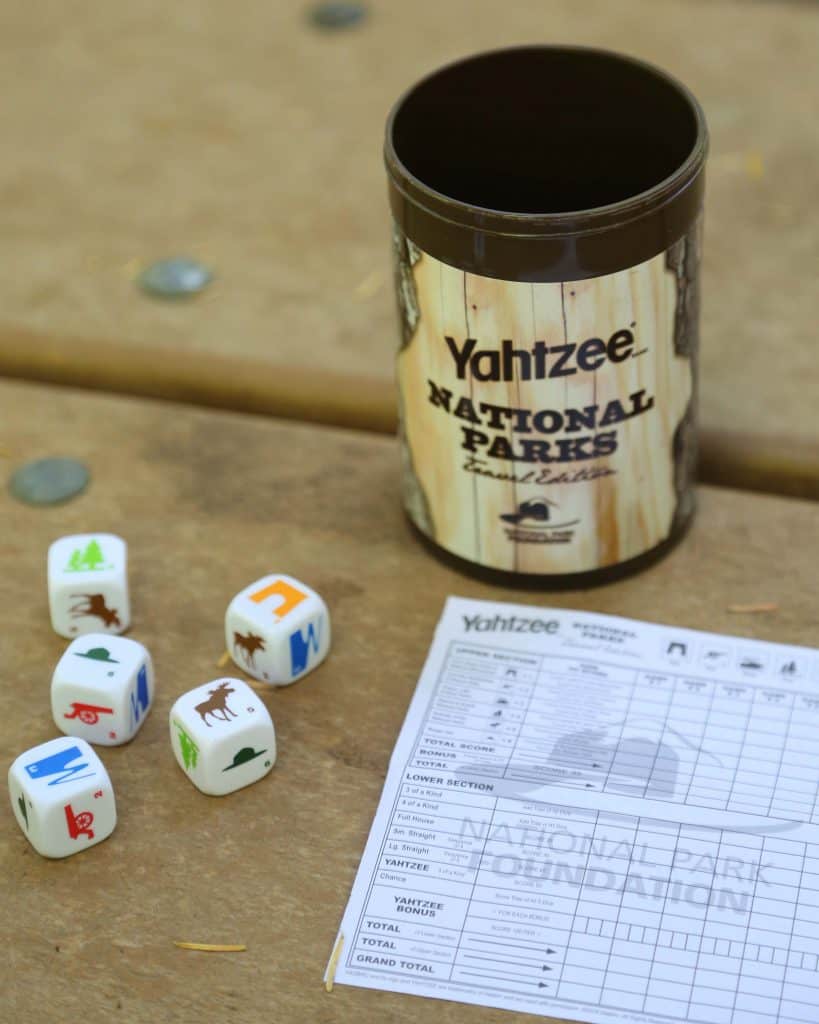 A family classic and can easily be played on any picnic table in the park or wherever you go. Now you can help The National Park Foundation because when you purchase this version, the National Parks Foundation uses a portion of the purchase price to support the restoration and preservation of America’s most treasured resources. 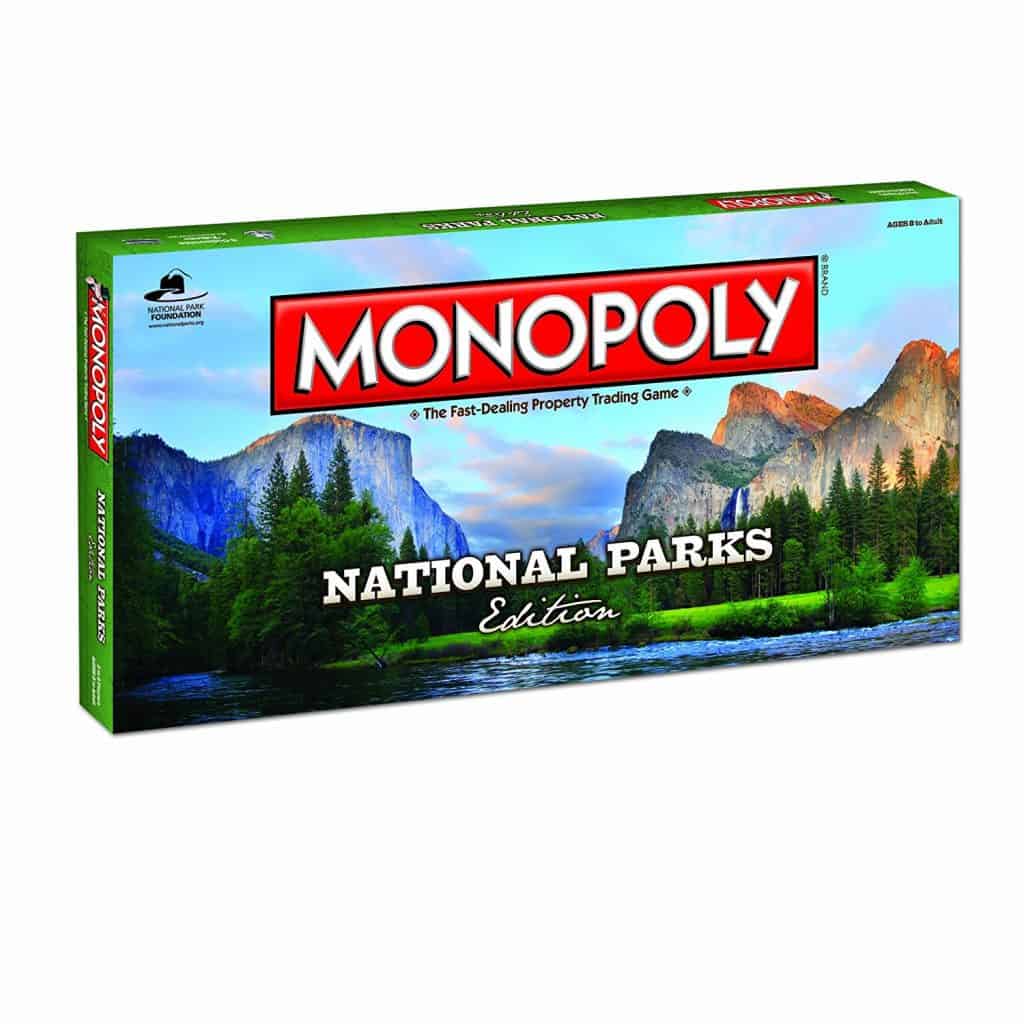 A great family game. Forget being the Iron, Thimble or a shoe and give me a canoe, fishing reel or mountain bike!

Provides hours of fun for everyone! This tailgating classic has found its way into the parks. I have seen everything from youth groups have cornhole tournaments and handing out awards to families just having fun. 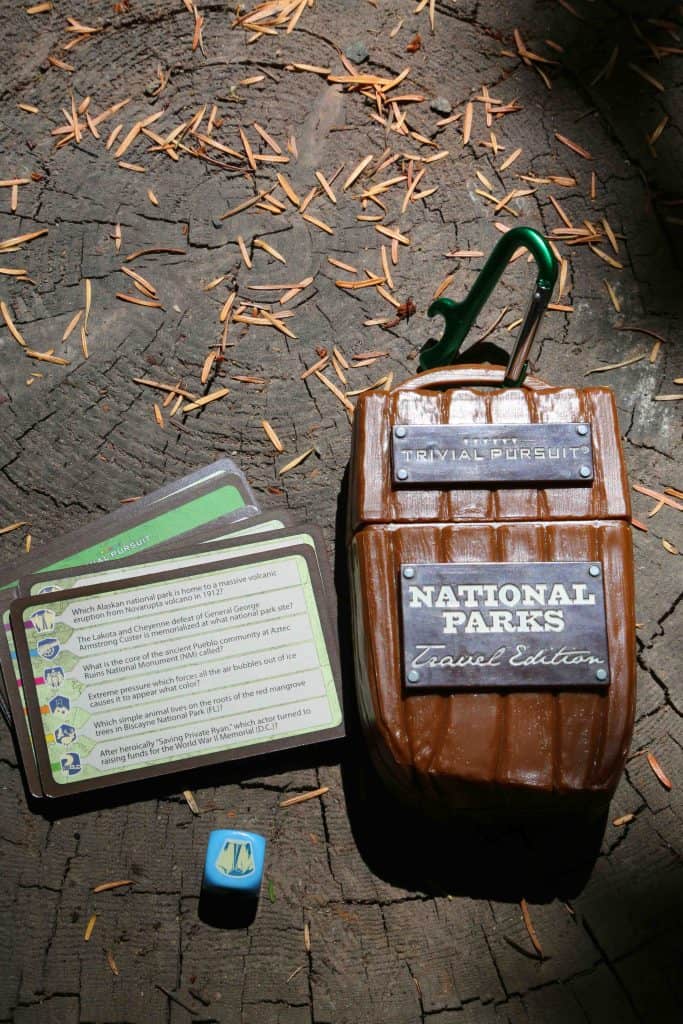 A must for the National Parks buff in your life! The entire game is based on your knowledge of the National Parks. The best part is that if you don’t know the answer then you learned something new about the parks.

What is there to say about Jenga National Parks Edition? You either love it or you haven’t tried it! 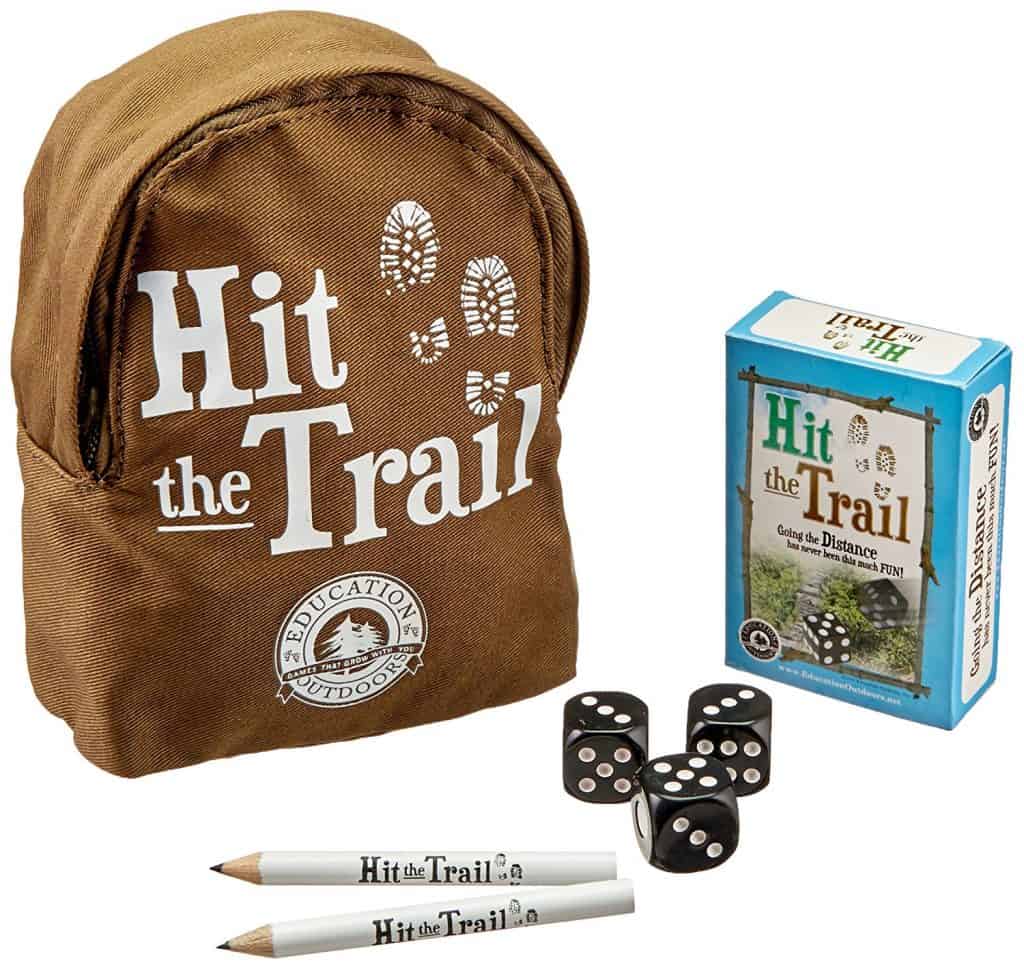 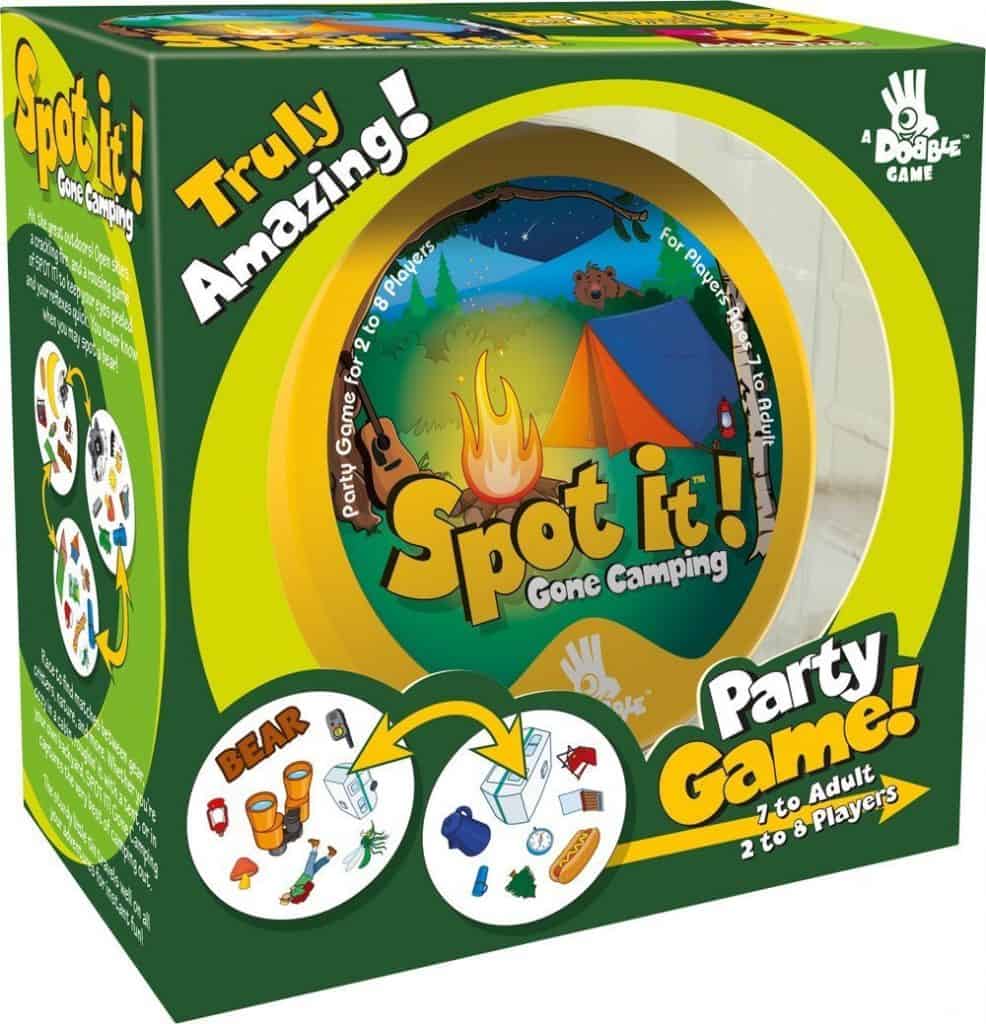 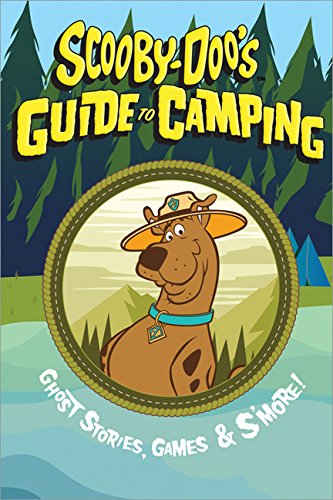 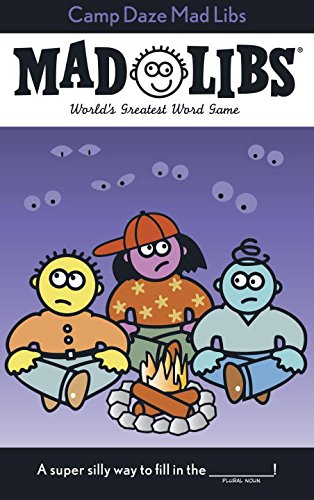 Mad Libs are great for the car and also the campground. All you need is a booklet and a pencil and you are ready for play. This is a great quick camping game to keep the kids entertained while you unpack the car.

This book is filled with great camping games for kids, ghost stories, how to build a fire and songs to sing around the campfire! 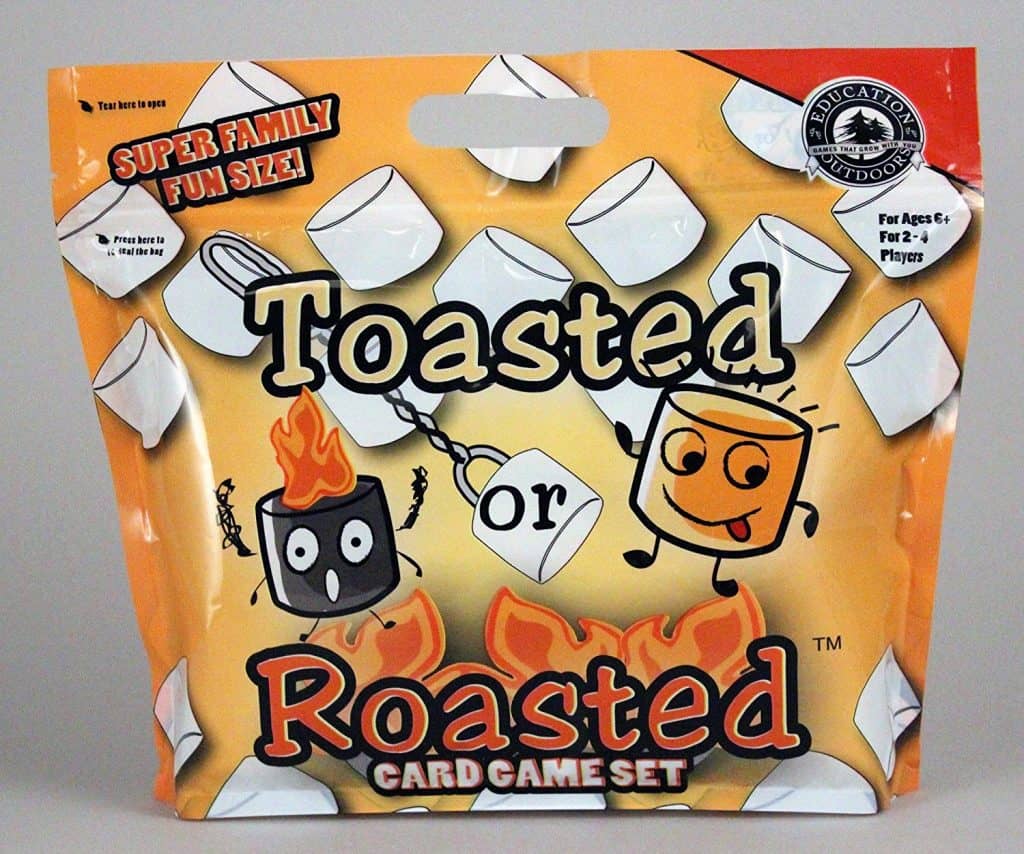 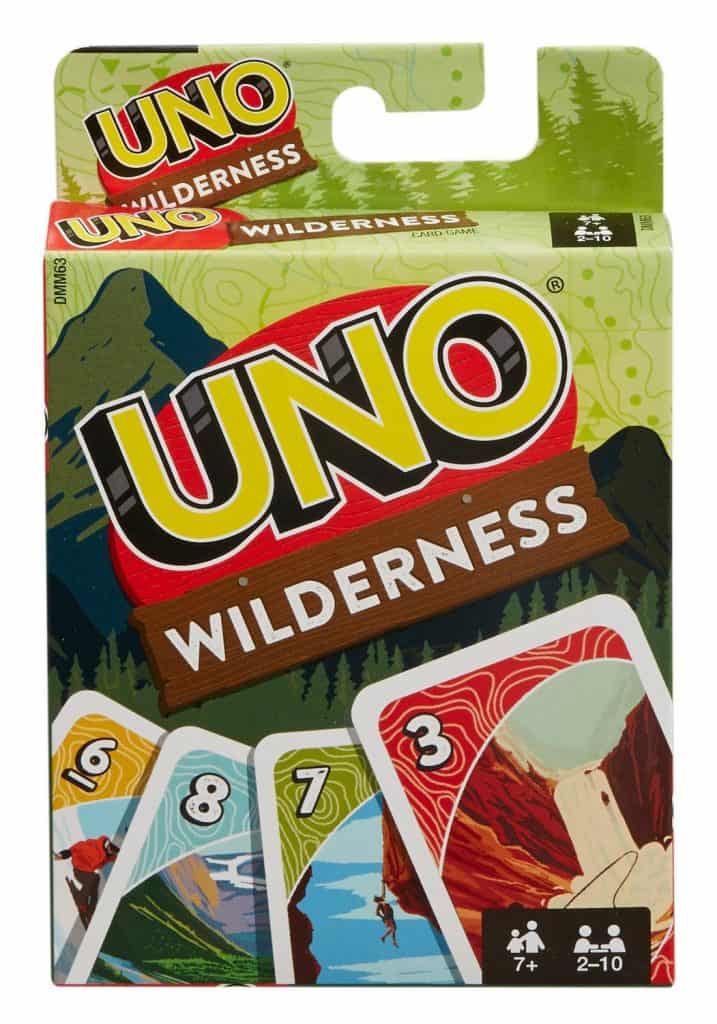 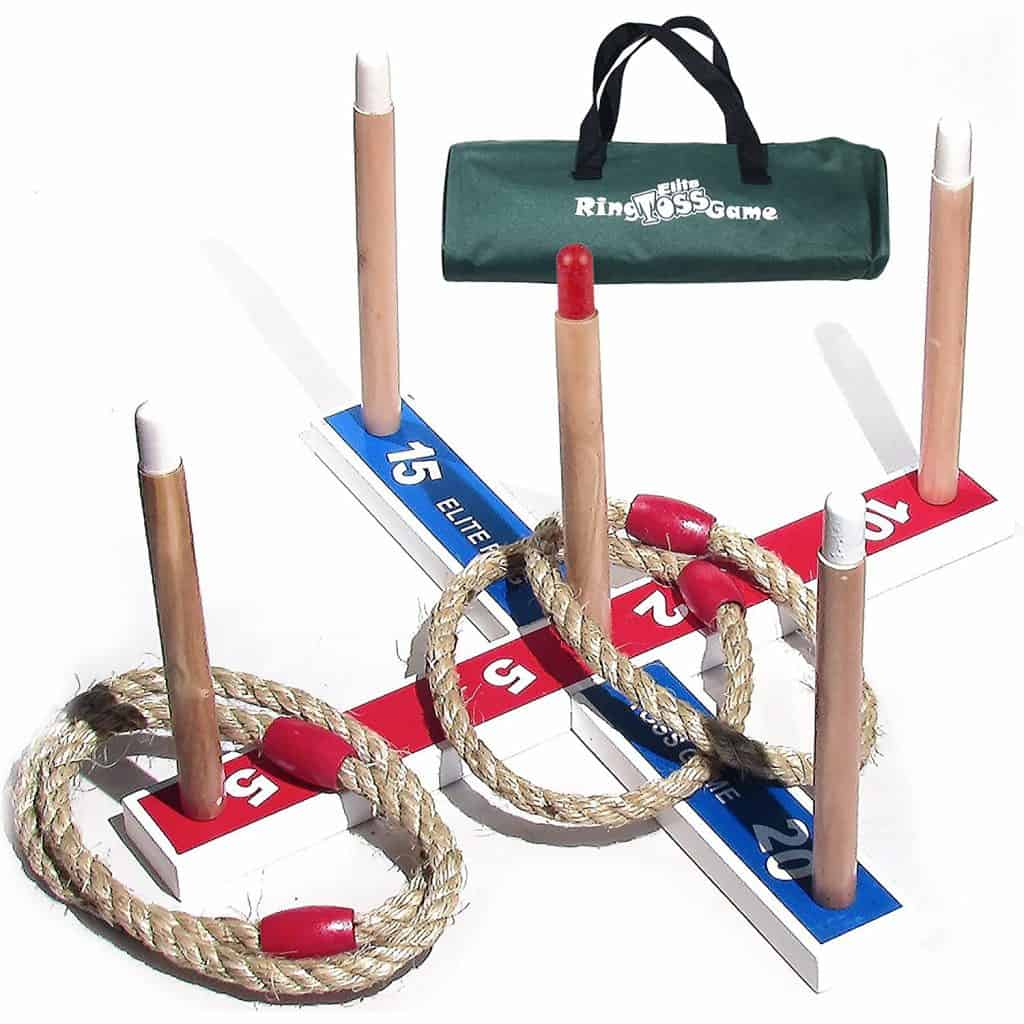 What do I like most about this list? They make perfect birthday and Christmas gifts for the people in your life that love the outdoors! Still, want other gift ideas for the parks lover?

Check out my store as I have placed many of my favorite things I have found in my travels through the parks! Happy camping! 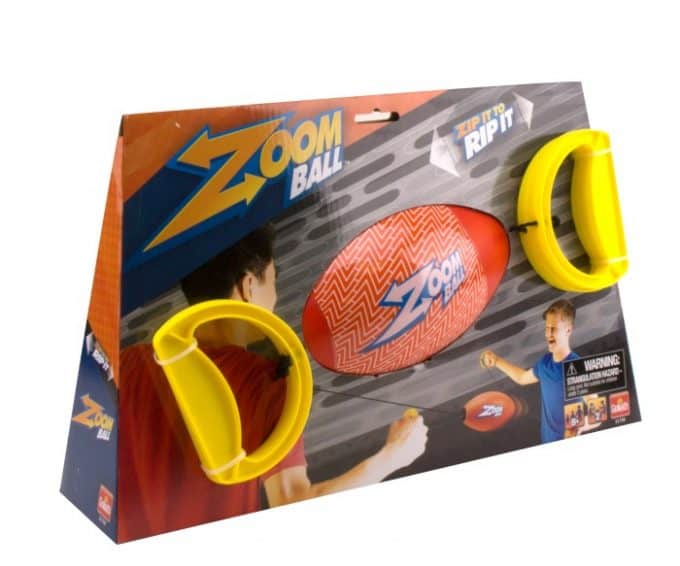 Zip it to rip it! Players pull the handles to send the ball hurtling toward the other player! 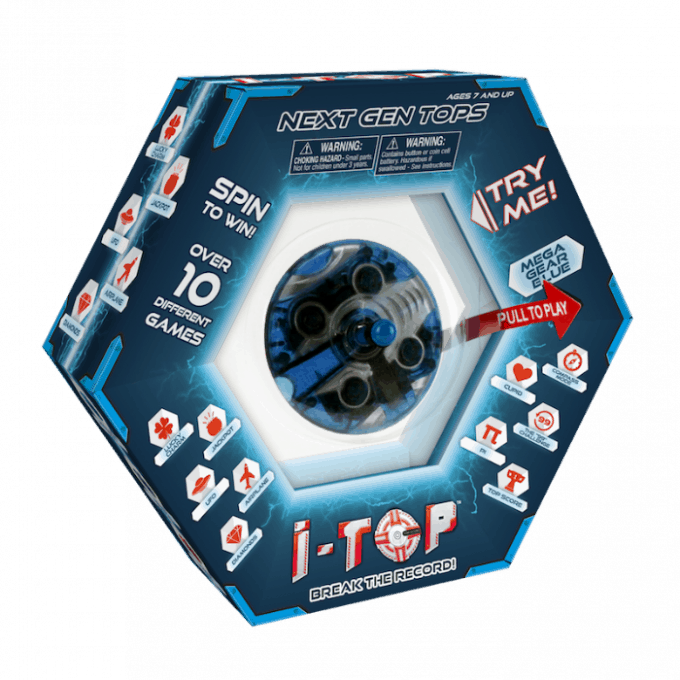 Cool, high-tech plastic top has LEDs that count the spins!  Unlock hidden features including special animations. Spin your way to the top score by competing in multiple challenges 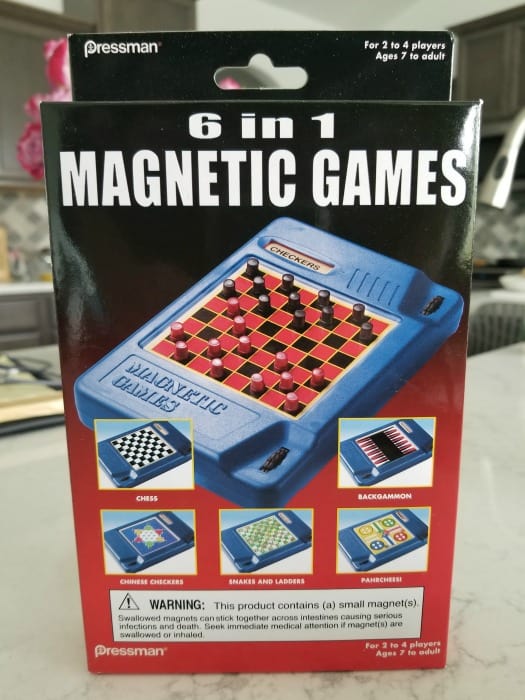 Checkers, Chess, Backgammon, Parcheesi, Chinese Checkers, Snakes and Ladders all together in one game package! Great for travel

A chaser catches a runner by grabbing hold long enough to say “ringolevio one two three.”

When runners are caught, they must go to the base, which now has become the “jail.”

The chasers keep chasing until they catch all the runners – but if a runner can reach the jail without being caught, all the prisoners are freed. When all the runners are caught, the teams switch roles.

Choose up sides. Divide the playing field into two equal parts. At the extreme ends of the field, place two “flags” – towels, perhaps, or old t-shirts. In two corners of the field, mark off two “jails.” The object for each team is to capture the opponent’s flag and bring it back to its own side of the field. The team that does that first is the winner.

Players who are tagged in the opponent’s territory go into the opponent’s jail. If a teammate reaches the jail without being tagged, all the prisoners are freed.

You won’t need paper for this version of the popular game. Gather five pebbles, leaves, or pinecones for each player. Mark off the tic tac toe board with four sticks or by scratching the pattern in the dirt. Each player selects a different marker and plays the game.

This seek-and-find game keeps players guessing. You will need either a distinctive fist-sized rock or a rock you’ve identified with a crayon mark.

Everyone closes his and her eyes and counts up to thirty while one person hides the rock in a pre-defined area of play. After hidden, everybody runs off to try to find the rock. If nobody finds it in sixty-seconds, the questions begin.

Each person asks a yes or no question about where the rock is hidden, such as, “If I were a bird flying overhead, would I be able to see it?” After ten questions, there is another sixty-second search for the hidden rock. If it still isn’t found, the person who hid it reveals its location and another person hides the rock.

Collect a few acorns, pinecones, or pebbles. With a stick, mark off a starting point. Players take turns trying to toss their acorn, pinecone, or pebble further than the other player’s marker. If this becomes easy, increase the challenge by creating different sized and shaped boxes on the ground with sticks and try tossing the acorns into these targets.

The first player notices something in nature and then forms his body into the shape of that object. Players can try mimicking a rock, a tree, or a flower nodding its head in the breeze.

All you need is a pair of players and grass, although more people can play. Each player starts with one blade of grass. One player makes a loop with his piece of grass and holds both ends in one hand. The other player loops her grass through the starting player’s loop. Count to three. On three, both players pull.

The player whose grass does not break takes the two pieces of the other player’s grass. If both pieces of grass break, neither player earns a point. If you only have two players, you can continue playing, using the broken grass as point keepers. Establish a winning score as your goal or keep playing until you’re bored.

If you have numerous players, create a Grass Snap Tournament with several pairs starting and the winner of each round continuing the contest with the other winning players. The child with the most broken pieces of grass is the winner.

You are going to race up to six tiny critters. You’ll need bug boxes or jars to collect them in and light-colored cloth.

Look for up to six different types of crawling insects or other invertebrates (any animals without backbones – beetles, caterpillars, worms, spiders, millipedes, etc.) After you’ve collected the critters, draw a circle in the dirt with a stick and mark a spot in the center of the circle (or, stretch out the piece of cloth over the grass). Look for a spot that isn’t in direct sunlight so the critters won’t dry out.

Before you release your critters, predict the order in which the animals will leave the circle or the cloth. Release the animals at the same time and root for the critter that’s working its way outside the circle first.

As a bonus here are my Park Ranger Camping Tips!