The Florida Everglades course south from the vast 700 square mile Lake Okeechobee, nourished by the rain-soaked Kissimmee River Basin, the Everglades is a wide slow meandering river of marsh and sawgrass covering some 4,500 square miles, flowing quietly, peacefully, towards the mangrove estuaries of the Gulf of Mexico. Check out the Everglades National Park Wildlife you can see during a visit to the park.

Thousands of species of plants, birds, animals, fish, and reptiles make their home in the Everglades. Thus the landscape of Everglades National Park is utterly unique among American vistas; it is quite a remarkable site for its biological phenomena. 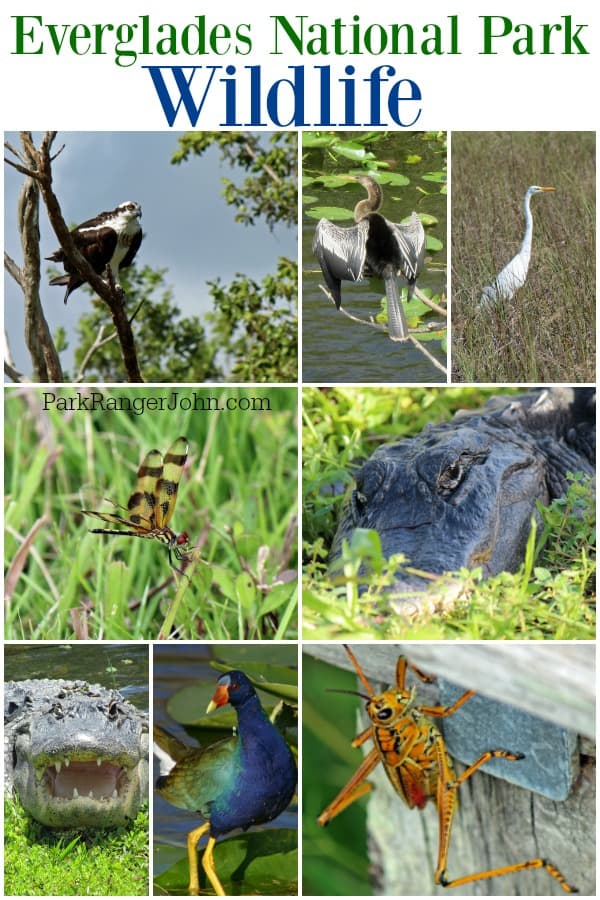 The flora of the park is of tropical nature and many of the plant species are identical to the plant life of the West Indies. There are thirty species of the orchid flower, eight different types of palm trees including the royal and the coconut, and many tropical trees such as rubber, gumbo, mahogany, Jamaica dogwood plus a few northern tree species such as live oak, red maple, and ash.

In places frequently flooded with fresh water there are stands of cypress together with lily pads: algae thrive in the water. The higher areas on rocky ground are spread with the sparse growth of slender Caribbean pine, beneath which is a mixture of saw palmettos and of many shrub varieties.

There are large expanses of sawgrass and other species of related sedges, seasonally submerged under a shallow sheet of slow-moving water.

Mammals are sheltered by the dense growth of tree and shrubs. There is a large population of otters, and the rare black bear and the cougar (Florida panther) are protected wildlife. The Seminole white deer are fairly numerous along with an abundance of small rodents and a sizable population of bobcats. The most frequently observed animal in the park is the raccoon. 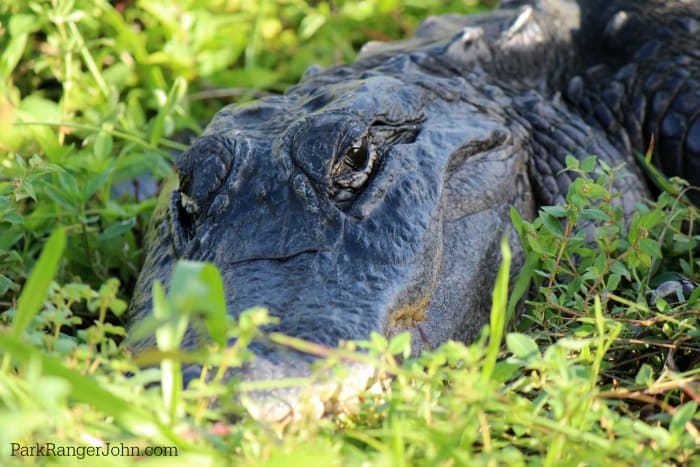 Reptiles of different varieties and size are well represented in the park the fresh waters have their quota of alligators, and the salt waters harbor a much rarer species of crocodile. Alligators are eagerly sought by visitors to the Everglades National Park who are anxious to see and photograph this unique creature.

Alligators are critical to the survival of the Everglades National Park. Without the gator holes, many animals of the swampland would not make it through the dry winter season. The alligators with feet and snout clear out the muck and other vegetation from the holes in the limestone rock on the floor of the glades; thus these holes become oases during the dry season. Then a large number of fish, turtles, and mammals take refuge, together with their alligator's hosts. 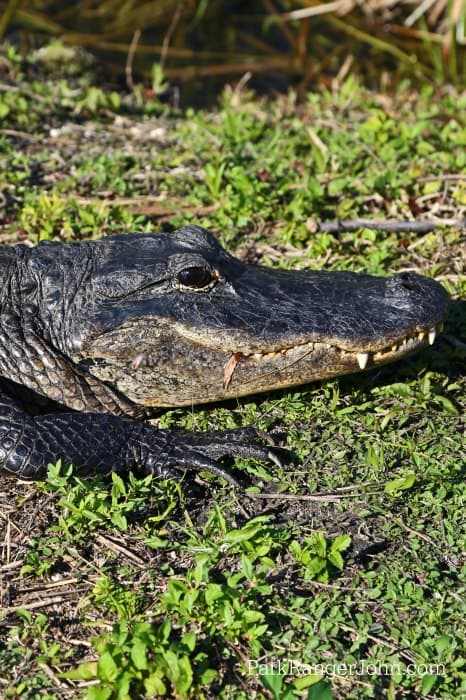 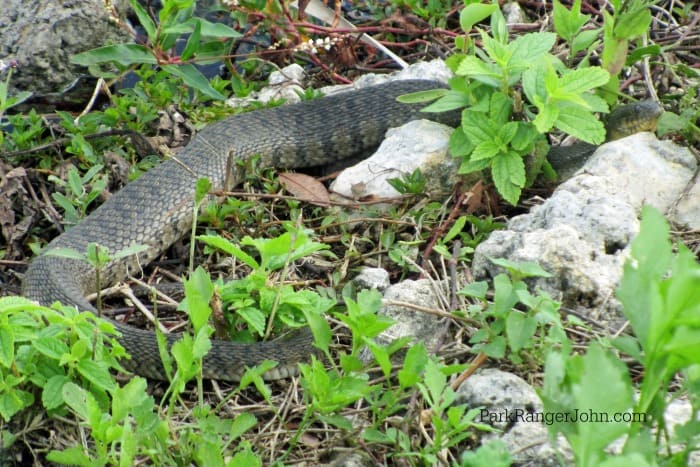 Twenty to thirty species of the snake family inhabit the park; only a few are venomous, which includes the rattlesnake, cottonmouth, and the coral snake. Some of the species of the snakes are beautifully colored, while others are drab colored and blend in perfectly with their background.

Largest of all harmless snakes is the indigo, sometimes reaching a length of eight or more feet.

Members of the turtle order range from the land box turtle to the Terrapins to the highly aquatic snappers and soft-shelled turtles. Giant Loggerhead turtles leave the sea each summer and lay their eggs on the nearby beaches. The Atlantic hawksbill and the Atlantic ridley are considered endangered species.

The most beautiful form of wildlife is seen in the bird species. In the summer months, many tropical birds nest there, such as the white-crowned pigeons, gray kingbirds, egrets, and the graceful swallow-tailed kite.

The winter migration brings ducks, coots, and shorebirds, including the majestic white pelican. Waders that skim the waters include the white ibis, glossy ibis, wood ibis, spoonbills, and Florida cranes. Rails, grebes, and limpkins inhabit the marches. And in rare moments the Everglades kite and short-tailed hawk can be seen.

A wide assortment of freshwater fish exists such as bass and bream while salt-water types, such as the snook, tarpon, snapper and other abound in the salt-water bays and inlets. The porpoise is numerous, but the much rarer manatee is also present, which reflects the aquatic nature of the Everglades National Park.

Things to do Everglades National Park - Check out all of the epic things you can do in the park.

The Everglades is one of the Most Visited National Parks in the United States.

They are great things to do in Biscayne National Park just down the road from the Everglades.

Check out the great Everglades Boat Tours you can take to see the park from the water.

Check out these great Everglades Wildlife Guides to bring with you to the park.