It is hard to remember, when you are in the Everglades, that the earth is round, for flatness is everywhere, as far as the eye can see. Miles and miles of shimmering saw grass stretch to the horizon in nearly infinite sameness, broken here and there by islands of tropical forest and ridges of Florida slash pine. This saw-grass prairie is rooted in the bed of a marshy, shallow river, it originally measured 100 miles long, 50 miles wide, and a mere 6 inches deep, that local Indians call Pahayokee, or "Grassy Water."

Creeping slowly southward to the sea, the river of grass carries the precious lifeblood of the Everglades. Without water, the ‘Glades would be barren; with it, the place becomes a paradise splendidly crowded with life, bald eagles, wood storks, mosquito, fish, raccoons, apple snails, alligators, crocodiles, wild orchids, and such tropical trees as gumbo-limbos, strangler figs, and royal palms. Day and night the air reverberates with the squawks of blackbirds, the hum of cicadas, the flapping of herons, and the cacophony of mewing, chirping, and croaking frogs. 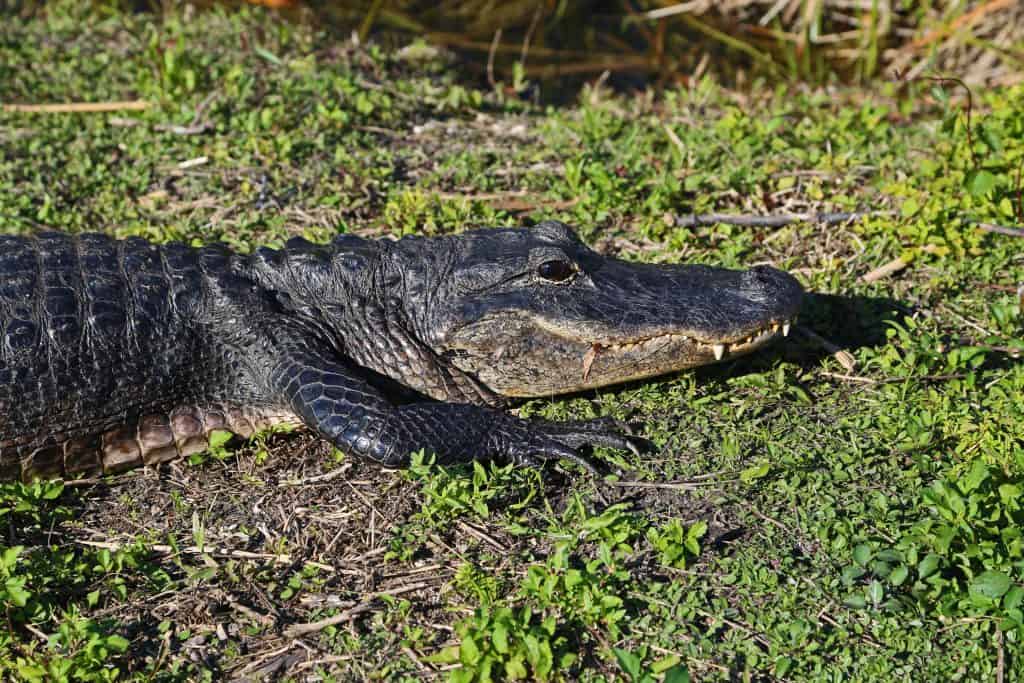 Water is not always plentiful here. In winter, droughts reduce the river of grass to a soggy trickle and then dry it up completely. The parched land turns a brittle golden brown, and many animals breathe their last. When the summer rains come, the river again runs full; life is renewed. So it has been centuries, the river's ebb and flow decreeing life and death in a delicate balance governed by the seasonal rhythms of nature.

The cycle of ebb and flow began long before the Everglades even existed, though then it was on a far larger scale. Ice Age glaciers never reached Florida, but as they advanced and retreated, they alternately captured and released the seas; at least four times, southern Florida was flooded and then exposed. During the times when the land was submerged, generations of lime-producing plants and animals deposited thick-layers of calcium carbonate, which hardened into limestone, the bare, white bedrock that is the floor of the Everglades. In some places, the lime rock forms higher ridges, on which today's pine groves and islands of trees, called hammocks, rest, but for the most part it is flat. Coated with a mixture of sand and peat from decayed vegetation (known as muck), the limestone serves as a vast, gently sloping tray over which the freshwater flows southward from Lake Okeechobee. It averages a foot a minute, surely not a fast flow, but a perceptible one. 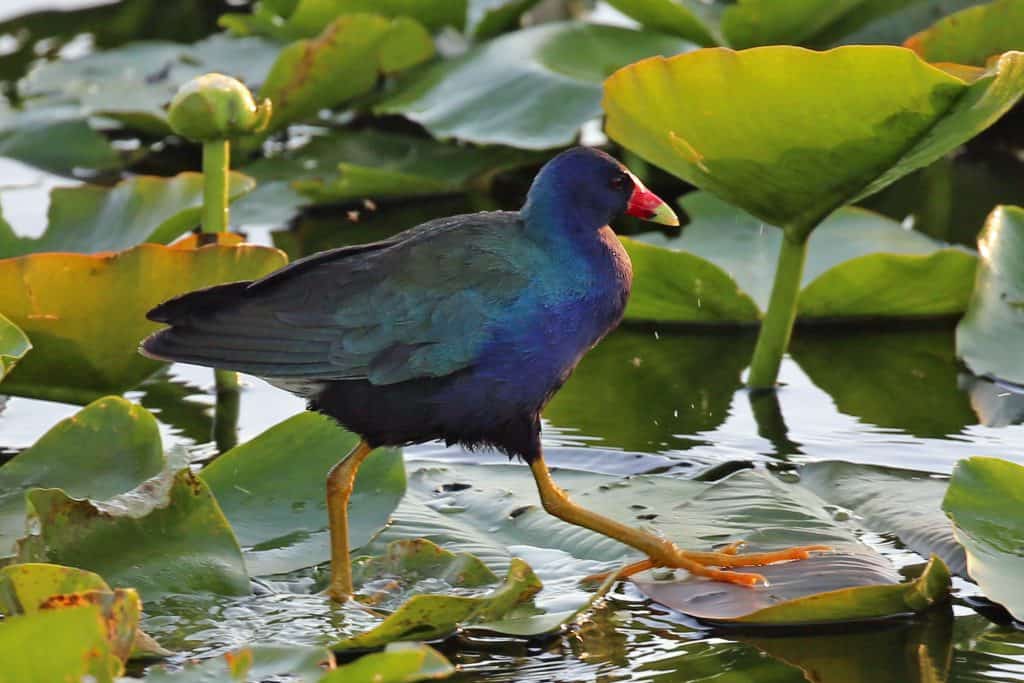 Though a variety of plants grow in the muck, it is the tall saw grass that dominates, reaching beyond sight in every direction and changing color at the whim of the sun, the clouds, and the seasons. It starts out green, ages to yellow, and then as the days shorten, shifts to brown. Barely ruffled by the wind sweeping above it, unswayed by the crystal-clear water whirling around its stems, saw grass thrusts its tufted heads as much as 10 feet toward the sky. Its blades have sharp, saw-toothed edges studded with glittering silica crystals that are, at best, difficult to chew. White-tailed deer, of a type smaller and daintier than their northern kin, feed on the bristly grass by jerking the wiry, stringy blades out by the roots, avoiding the dangerous edges and consuming the tender base.

Perching on blades of grass, such amphibians as leopard frogs, pig frogs, and narrow-mouthed toads exude their jelly-coated eggs into the water; after several days tadpoles will hatch out and join the prairie's watery world. Millions of little black grasshoppers ascend the stems, bunching together in such density that they fool predators into thinking they are a gigantic seedpod. Whirligig beetles swim in circles on the water's surface, and tiny water boatmen, the insect equivalents of Venetian gondoliers, propel themselves with their two exaggerated "paddles" before bolting down into the muck. Around the roots, ram's horn snails, with round gray or chestnut-colored shells, edge aside thick mats of algae as they plow trails through the slimy muck.

Looking deceptively like algae are the bladderworts, flowering vine-like plants whose submerged leaves capture and devour small water animals. Concealed among the leaves are tiny but treacherous sacs, the bladders for which the plant is named. Each is armed with a hairlike trigger. Usually the bladder remains closed, having created a vacuum by expelling its water. When a wondering insect or water flea unsuspectingly touches the trigger, the bladder springs open and the prey is sucked in. Then the bladder closes, and a small pool of digestive enzymes dissolves the meal while excess water is pumped out, resetting the trap. If the victim is too big to be sucked in all at once, the plant takes successive "bites," holding it firmly until it is consumed.

Check out these great things to do in Everglades NP!