Pirates once roamed these waters, seeking galleons laden with gold, and even today chests of their buried treasure are discovered now and then. Ships that were surprised in the night by hidden reefs lie many fathoms deep, their secrets safe with the sharks, spiny lobsters, and crabs that live in Biscayne. Extending from the thick mangrove forests of the Florida mainland eastward across the South Biscayne Bay, the park–the only underwater national park in the continental United States–reaches beyond a chain of islands to the coral reefs flourishing at the edge of the Gulf Stream. The Gulf Stream waters flow past the reefs like a gigantic river, their warmth enabling the coral to survive annual invasions of winter weather. Sea turtles, whales, and great schools of tuna ride the ocean river to new homes, and swept along with them are tremendous numbers of young animals from Caribbean spawning grounds, destined to grow into the adult fish, shellfish, and other marine creatures that populate the reefs of Biscayne National Park. 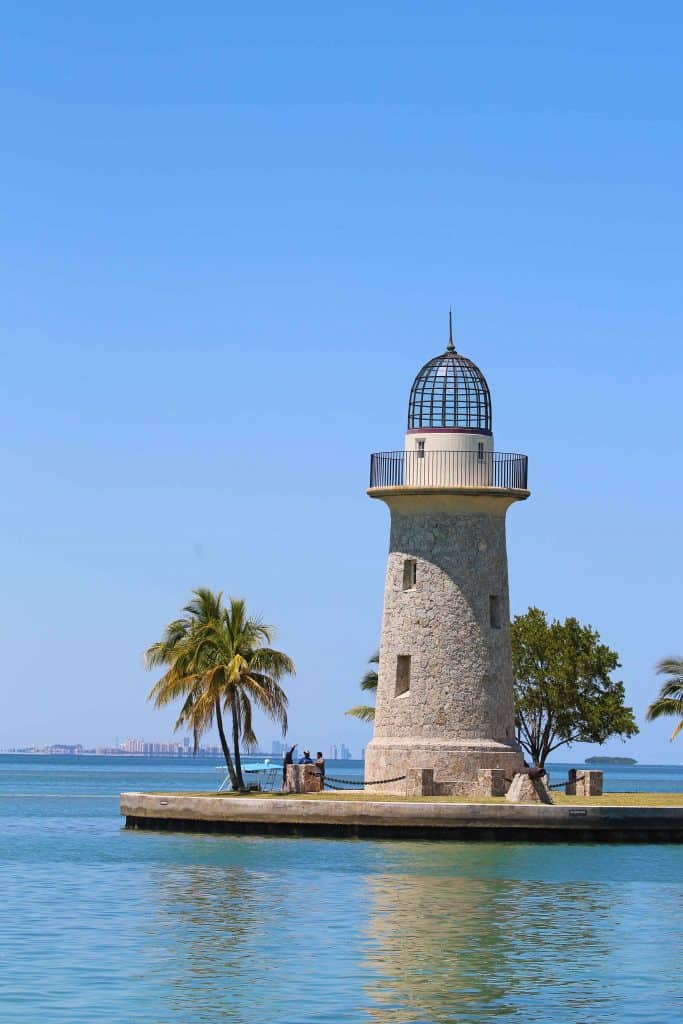 Mighty stone fortresses besieged by the sea, coral reefs are actually living structures built by millions of soft-bodied, flower-like animals called polyps. Each little polyp–most are scarcely an eighth of an inch across–nestles within a flower-shaped limestone cup. By day the fleshy polyps remain safely tucked inside their stony compartments, but at night they protrude to form a whitish fuzz over the surface of the colony, their tiny tentacles reaching out to snatch small bits of food from the water.

Small as they are, polyps are by no means simple creatures. The graceful dancing motions of their tentacles, the intricacy and symmetry of their bodies, their miraculous ability to take chemicals from the sea and turn them into stone–such complexities can astound those more accustomed to focusing on larger beings. Remarkably, each little polyp is itself host to other forms of life: a community of algae lives within its tissues, giving and receiving life. The minuscule green plants absory carbon dioxide exhaled by the coral, and the coral breathes oxygen produced by the algae during photosynthesis. The relationship works only in shallow water, where sunlight can reach the algae–and only in shallow water will you find living coral.

As new generations of polyps are born, they add layer after layer of limestone to the work of their ancestors, building a colony that may eventually contain millions of polyps. Each year, the colony lays down a ring of limestone, much as trees produce their annual growth rings. In good years, when there is plenty of food and sunlight and the temperature of the water remains above 68° F, the corals multiply rapidly and the rings are thick. In bad years they are thin. 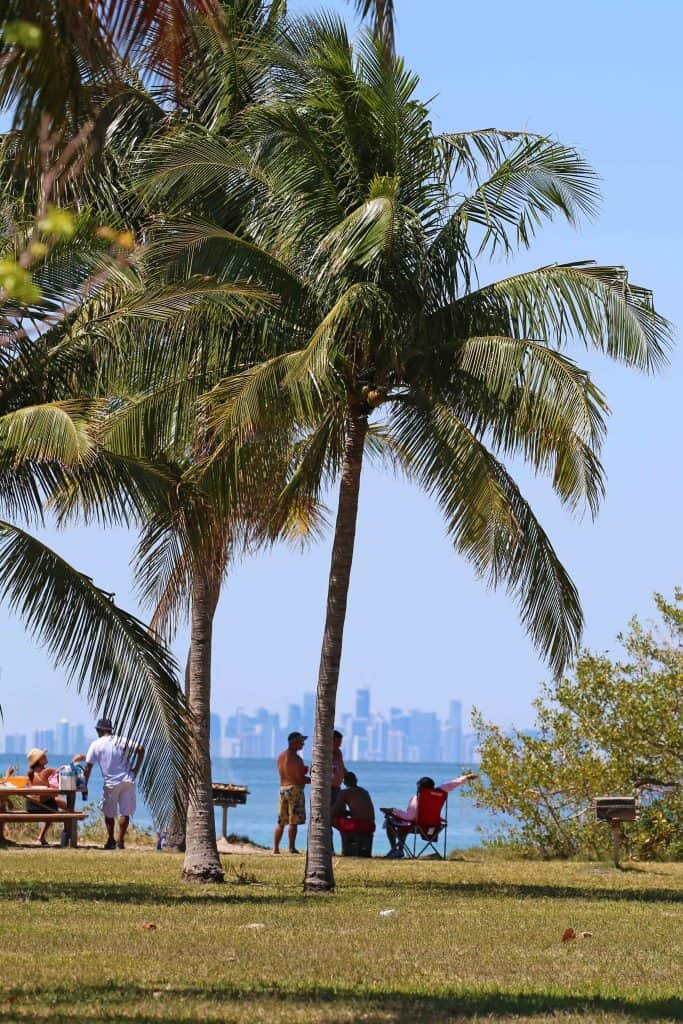 How big a coral gets varies with the species. Some colonies grow to only a few feet tall; others rise hundreds of feet. Staghorn and elkhorn corals, their branching shapes reminiscent of the antlers of deer, sometimes grow so large that they shade out the smaller species, creating canyons beneath their "tines." Reaching these proportions is no short-term achievement: a massive brain coral–some colonies are 15 feet across–may take 30 years to add just an inch to its convoluted girth.

At Biscayne, elkhorns and staghorns form the sturdy backbone of the main reef, creating a barrier that protects the islands from the full force of the sea. Thousands of miniature reefs, called patch reefs, lie scattered in the shallow water between the outer reef and the islands. Ranging in size from several feet to several hundred, they consist mostly of rounded hills of star and brain corals and the leafy plates of lettuce coral. The elkhorns and staghorns, unable to tolerate the increased silt and shifting temperatures of the shallows, do not flourish in these quiet places.

Periodically hurricanes and severe winter storms kill part of a reef, leaving the white limestone skeleton to be colonized by barnacles, sponges, algae, and other marine life. Although this restores a living surface to the coral, the new colonists break the skeleton into smaller chunks and pieces, some of which are ground into grains of sand by pounding surf. The reef illustrates a grand principle: no construction, whether of nature or of man, will last forever.

Check out these great things to do in Biscayne National Park!