South Carolina has one National Park with Congaree National Park. The state is filled with fantastic National Historic Sites, National Military Parks, National historic trails and corridors and more! These parks are vastly different and include beautiful natural scenery and preservation of American history. 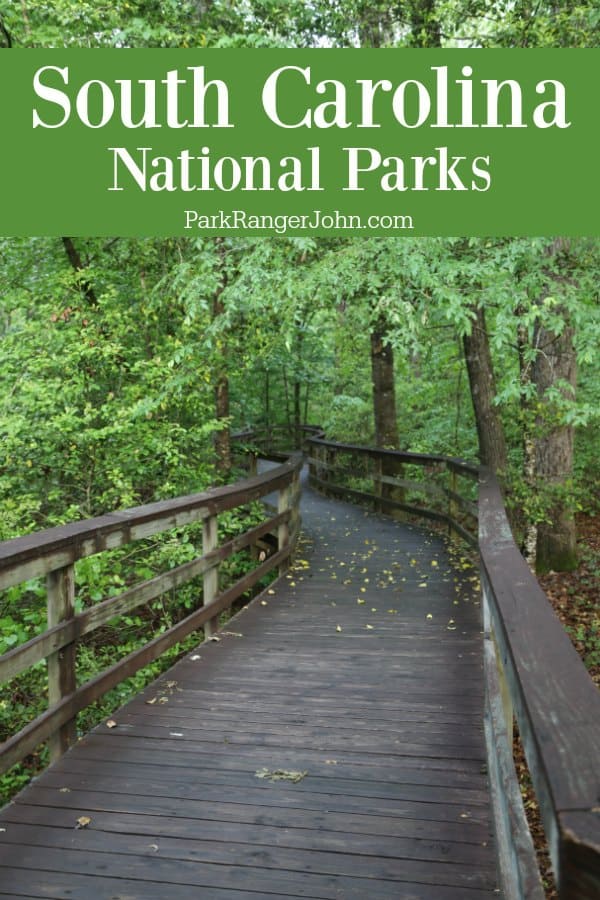 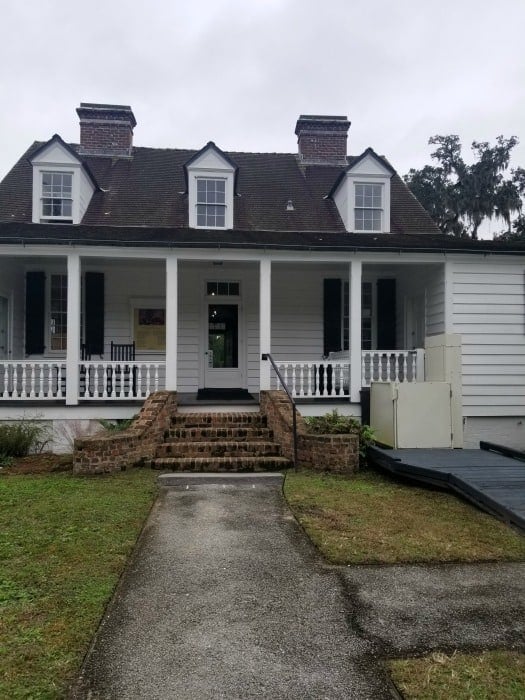 Charles Pinckney is best known as a signor f the United States Constitution in 1878. He also contributed to the creation of this historic document. He was nicknamed "Constitution Charlie".

Mr. Pinckney was born into a wealthy South Carolina Lowcountry family in 1757. He fought in the Revolutionary War and was captured by British Troops. He also served as governor of South Carolina and held positions in the U.S. Senate and House of Representatives.

He inherited a 715-acre estate called Snee Farm from his father. The farm is noted for having hosted George Washington for breakfast in 1791. The original house was demolished after Pinckney was forced to sell the farm due to outstanding debts.

Today the National Park Service manages a 28-acre section of what was Snee Farms. The visitor center is in a house that was built in 1828 after Charles Pinckney passed away. 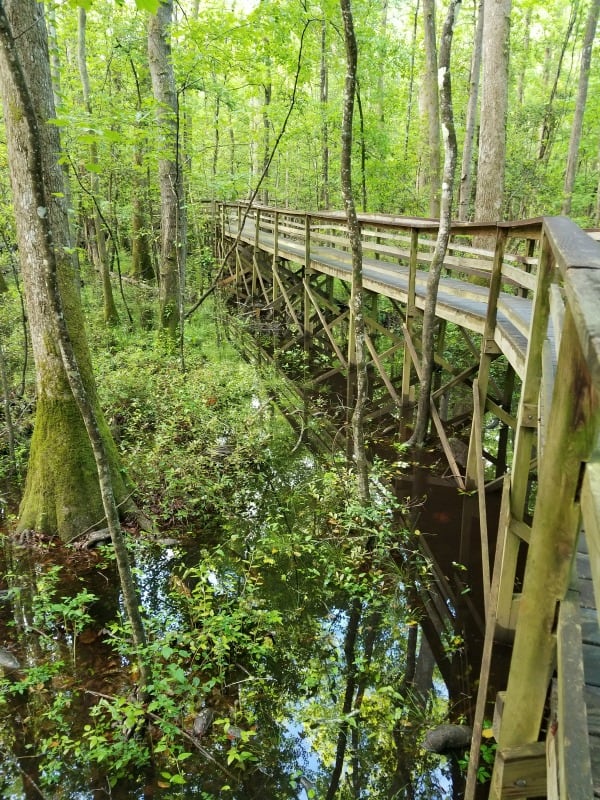 The park was originally called Congaree Swamp National Monument but the term swamp was removed when it became a national park in 2003 since the area is a floodplain, not a swamp.

Harry Hampton Visitor Center is the perfect place to start a visit to the park. Depending on the time of year parts of the boardwalk may be closed due to flooding. The Boardwalk Trail is 2.4 miles of elevated wheelchair-accessible boardwalks that loop through the park.

You can see Loblolly pine, tupelo, bald cypress and oak species as you walk along the boardwalk. Congaree NP has one of the largest collections of champion trees in the country. Champion Trees are recognized as the largest of their species.

For a different perspective, you can take a canoe or kayak out on the water.

The battle lasted an hour but truly changed the course of the Revolutionary War. The Patriot General Morgan contained the initial charge from the more experienced British troops and managed to sweep around both flanks of the British troops.

The Patriots won a clear victory in less than one hour. This victory gave the Patriots a huge boost of confidence and set in motion the events that led to the British surrender at Yorktown. 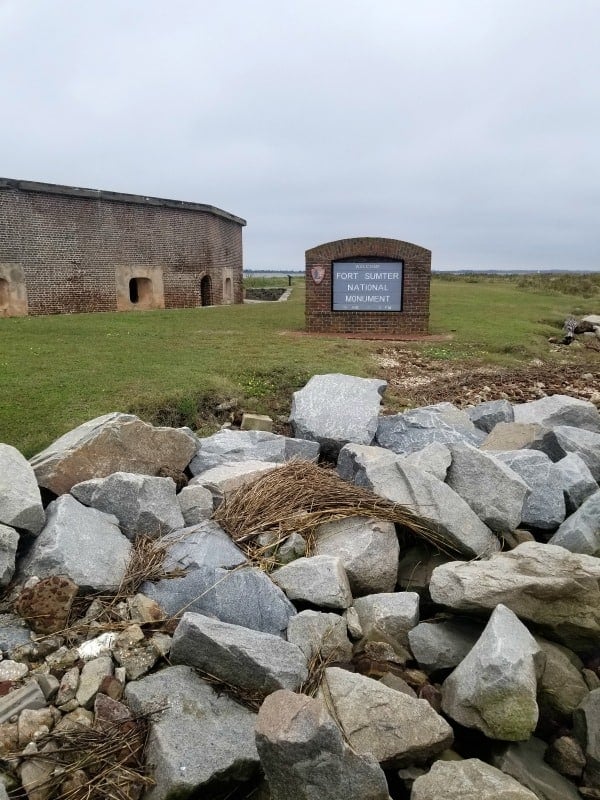 Fort Sumter and Fort Moultrie NHP are located in southeastern South Carolina in Charleston Harbor. The park is open year-round and offers the opportunity to explore two historic forts and visit the park visitor centers.

During the early 19th century Charleston, South Carolina was a wealthy city with an important port. The city was filled with wealthy cotton and rice plantation owners who used enslaved workers to harvest their products.

When Abraham Lincoln was elected president the movement to restrict slavery was growing in the United States. South Carolina was the first state to secede from the Union over the "reserved rights of the States."

On April 12, 1861, at 4:30 am as Union supply boats approached Fort Sumter the Confederate troops signaled with a mortar shell that the artillery bombardment of Fort Sumter was beginning. This marked the beginning of the Civil War.

The next afternoon Major Anderson surrendered to the Confederates and the fort stayed in their hands until February 1865.

Today you can take a ferry ride out to Fort Sumter and visit the new concrete artillery battery that was built in 1898. If you can make it to the first or last tour the flag raising and lowering ceremonies are amazing.

Kings Mountain NMP is located in north-central South Carolina approximately 35 miles southwest of Charlotte. The park is open year-round and offers a 1.5-mile self-guided walking trail, visitor center, and close up look at the battle site.

On October 7, 1780, the battle at Kings Mountain occurred. During the battle, the Patriot forces defeated the Loyalists. This defeat was a big setback for British General Lord Charles Cornwallis's plan to move north.

This battle led right into the defeat of the British at Cowpens. Thomas Jefferson considered the victory at Kings Mountain "the turn of the tide of success." 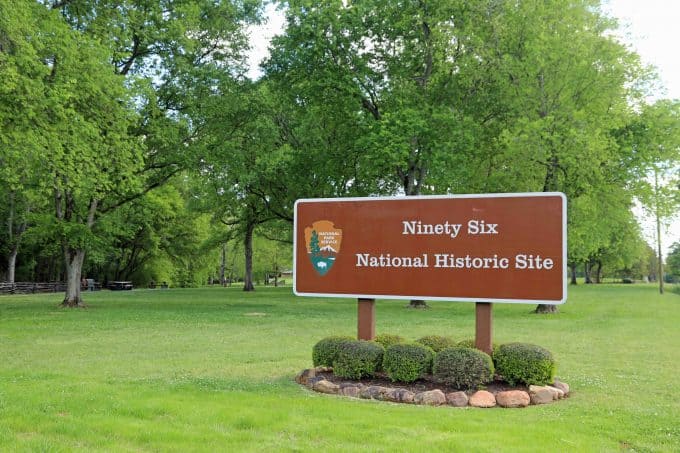 Ninety Six NHS is located in west-central South Carolina approximately 60 miles west of Columbia. The park is open year-round and offers the opportunity to walk a 1-mile interpretive loop that leads past the original star fort.

During the early 18th century a thriving town was in this location due to frontier roads crossing here. The town was considered to be 96-miles from the Cherokee village called Keowee but this mileage was not correct.

The settlement grew from a trading post into a thriving community with a courthouse, jail, and multiple shops. During the early days of the Revolutionary War in November 1775, a battle was fought here.

This was the first land battle of the Revolutionary War fought south of New England. The area evolved into a stronghold for Loyalists.

In June 1781 Major General Nathanael Green led the Continental Army troops against the British and Loyalists. The Loyalists had built a star fort earthen stronghold for protection.

Patriot troops dug trenches and built a 30-foot platform which allowed them to fire down into the star fort. They also tried to dig a tunnel under the fort in the hopes of setting off explosives and blowing an opening in the fort walls.

After twenty-eight days the Patriot forces withdrew after hearing of advancing Loyalist reinforcements. The fort was then burned by the Loyalists.

Today you can visit the small visitor center, tour the interpretive loop, and see one of the least altered landscapes of any Revolutionary War site. 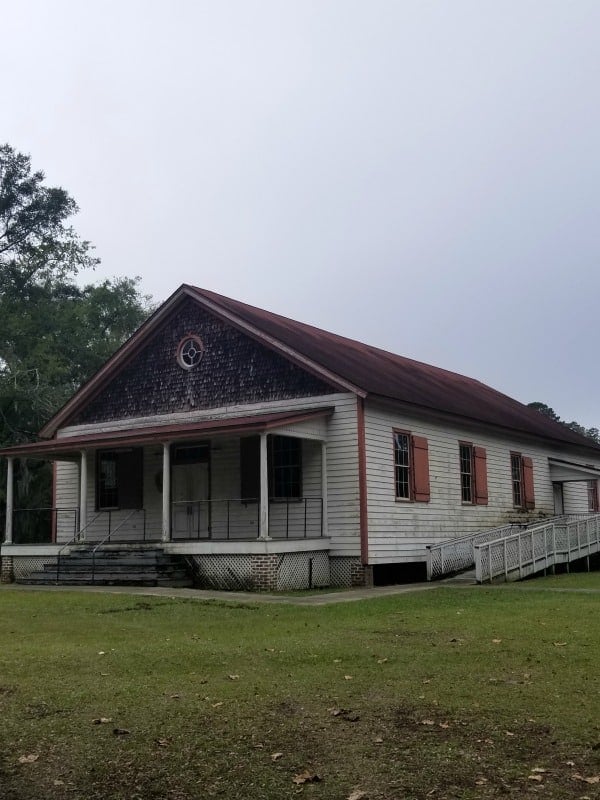 Reconstruction Era NHP is a park in progress located in Beaufort County, South Carolina. The park was established in January 2017. The National Park Service is still working to build out the park programming.

The park visitor center is located in Beaufort and is a great place to start your visit. You can also visit Penn Center (pictured above). The Beaufort History Museum is not part of the park but has a ton of information about the Reconstruction Era.

The years from 1861-1898 are considered the Reconstruction Era. The period of time when the United States processed/struggled with how to integrate millions of freed slaves into social, political, economic,  and labor systems.

There are 7 National Parks in South Carolina that receive over 1.6 million visitors each year. These visitors produce over $93.5 million in economic benefits through tourism.

Also, check out how to become a Park Ranger to learn what it takes to work in our parks.