Georgia boasts no shortage of beautiful scenery and landscape as well as historical landmarks and exhibits. Much of this beauty and history can be seen in the protected areas of Georgia's national parks. Eleven national parks, areas and sites can be found in this history-rich state of the South. Some of these parks and historical sites are reviewed below grouped together by their region of the state. 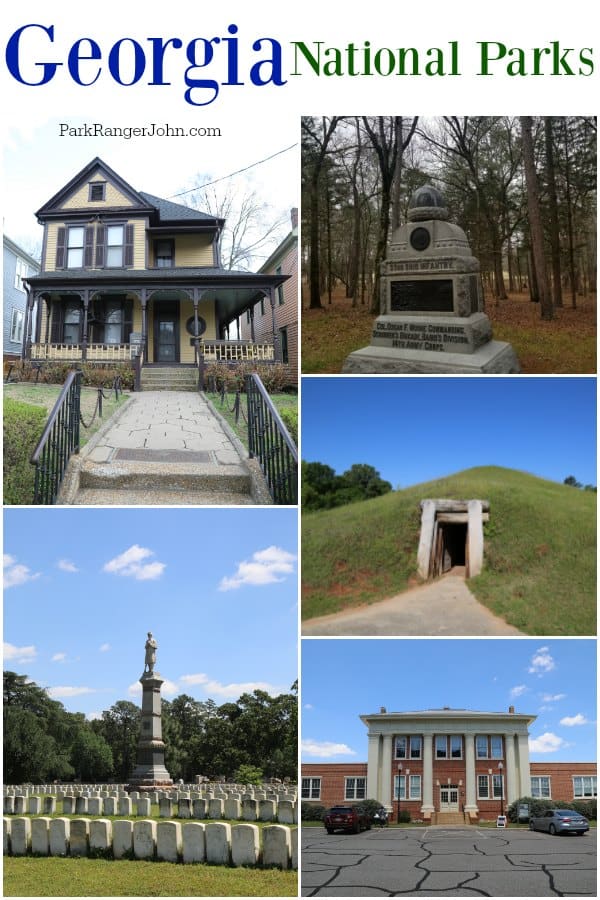 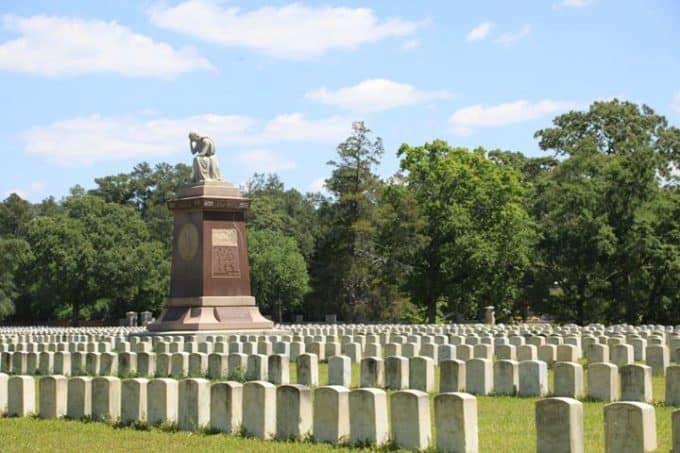 Andersonville NHS is located in Southwestern Georgia approximately 55 miles southwest of Macon. The park is open year-round and offers the opportunity to tour a historic prison site, National Prisoner of War Museum and National Cemetery.

During the Civil War, the Confederacy built a prison to hold captured Union Soldiers that was called Camp Sumter. The prison was also known as Andersonville Prison after a local community nearby.

The prison was infamous for the horrible conditions that inmates suffered through. The conditions resulted in nearly 13,000 men passing away by the close of the Civil War.

During August 1864 more than 32,000 prisoners were held at Andersonville Prison. They suffered through malnutrition, disease and the heat of a Georgia summer.

Andersonville National Cemetery began as the site of burials for Camp Sumter prisoners. It later became the resting place for people who served in the United States Military.

Andersonville National Cemetery is one of two national cemeteries that is administered by the National Park Service instead of the Department of Veterans Affairs.

The Prisoner of War Museum opened in 1998. The museum focuses on the hundreds of thousands of Americans who have been POWs.

The site also protects grounds of the former Andersonville Prison, one of the largest military prisons at the time of the Civil War.  This visitor center is a bit intense if I am being honest. Even the Junior Ranger program takes you through some very deep and heart-wrenching tales. Be prepared to feel the emotions at this historic site.

The Appalachian NST travels 78 miles within Georgia. The trail elevation ranges from 2,510 feet up to 4,461 feet.

The Appalachian Trail most Southern point is Springer Mountain, Georgia which is the southern start of the 2,146 miles trail onward to Maine. Hiking the Appalachian Trail is a dream for many outdoor enthusiasts. Whether you do it for months on end or on weekend trips exploring this trail is a great way to spend time outside.

It is cool to know that almost half of the Appalachian Trail in Georgia passes through the federally designated wilderness. 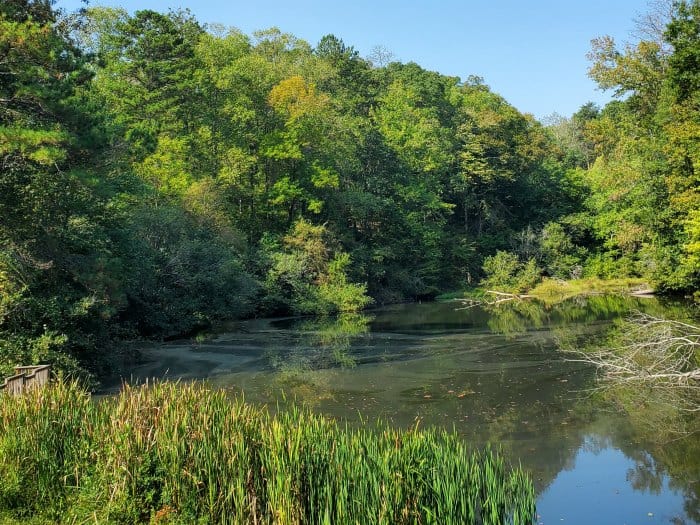 The park visitor station is in the Island Ford Unit of the park. The park is spread over multiple units. If you are planning on spending time on the water you will want to check for the water levels and any water being released from the dam. 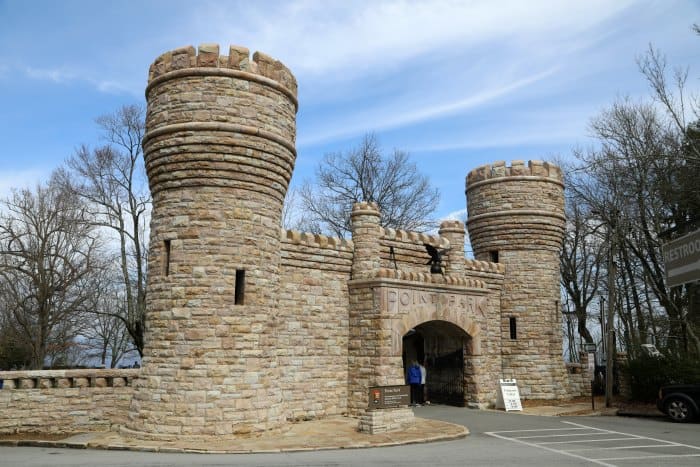 The park displays many monuments and exhibits from the Civil War Time. If in the area, be sure to visit the Chickamauga and Lookout Mountain Battlefields.

Be prepared to spend a few hours at minimum exploring these military parks. There are hundreds of monuments and battlefield sites explaining what happened here. The view from Lookout Mountain over the Tennessee and Georgia state line down to the Tennessee River is amazing on a clear day.

Chickamauga and Chattanooga were the first officially established National Military Park in the United States in 1895.

Located in St. Mary's, Ga., Cumberland Island is Georgia's largest barrier island. Visit this area almost completely untouched by civilization and explore ruins of early wealthy settlers of the island. Enjoy pristine undisturbed beaches and catch a glimpse of wild horses that inhabit the island. This Georgia gem is worth the drive down the coast.

You can learn how Georgia's fate was decided in 1742 when Spanish and British forces clashed on St. Simons Island.

To reach Cumberland Island you will need to take a ferry from the mall town of St. Marys, Georgia. The park visitor center is located here off of the island. 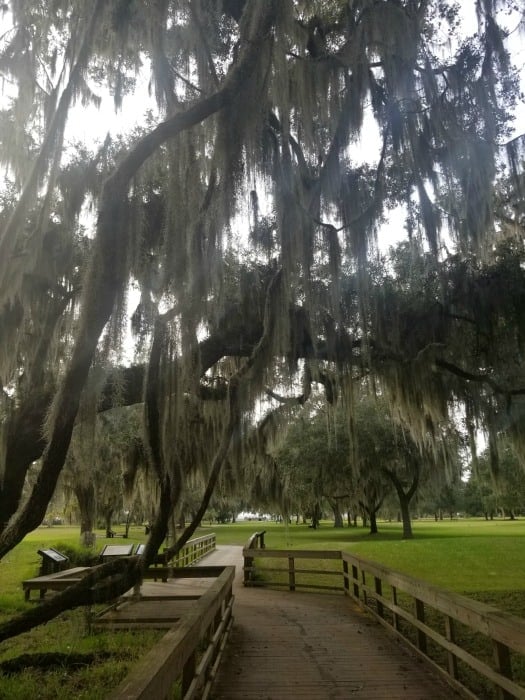 Fort Frederica is located in Southeastern Georgia approximately 75 miles south of Savannah. The park is open year-round and offers the opportunity to explore an archaeological site and museum.

James Oglethorpe who founded the British Colony of Georgia established a fortified down named Frederick after the Prince of Wales. The goal was to protect the southern boundary of the colony.

On St. Simon's Island, Fort Frederica troops defeated the Spanish in 1742 allowing Georgia to remain a British colony.  This fight ended the Spanish hope of expanding northward along the Atlantic Coast. 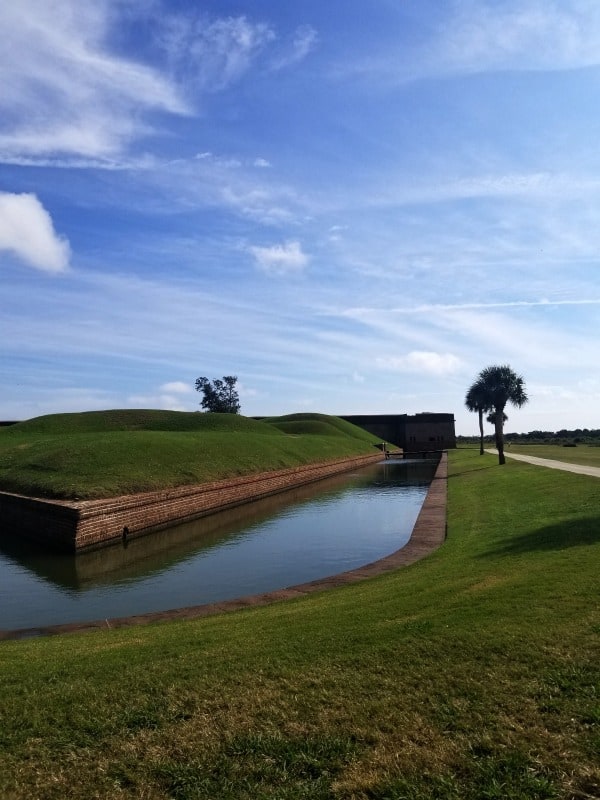 Fort Pulaski NM is located in Coastal Georgia approximately 15 miles east of Savannah. The park is open year-round and offers the opportunity to explore a historic fort, hiking, and live cannon demonstrations.

More than 25 million bricks were used to construct Fort Pulaski.  Robert E. Lee helped supervise the early construction of the fort. 30 years later he would return as Confederate general fighting against the United States.

Fort Pulaski was a key component of the Civil War. The Union forces realized they needed control of the fort to control the entrance to the Savannah River. Union forces started attacking the fort with cannon fire on April 10, 1862.

The Union forces focused their cannon fire on the corner wall for over 30 hours. The Confederate Colonel Charles Olmstead was forced to surrender. He knew that 40,000 pounds of ammunition were now exposed after all of the cannon fire.

Visitors can enjoy exploring the fort and the wetlands that are also part of the National Monument. 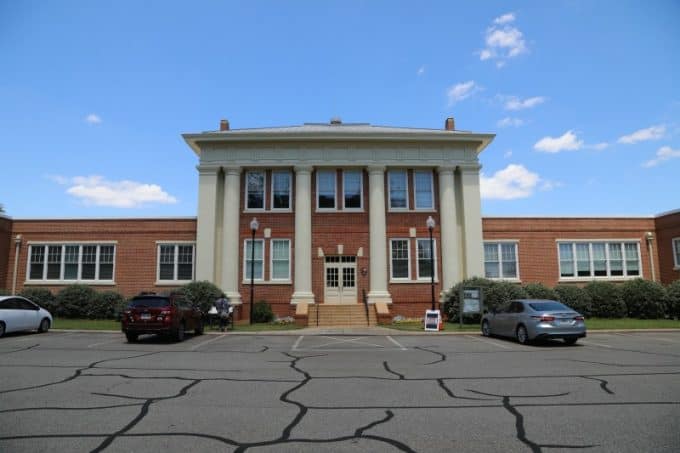 Jimmy Carter NHP is located in Southwestern Georgia approximately 90 miles southwest of Macon. The park is open year-round and offers the opportunity to visit the Plains High School which serves as the visitor center, visit the train depot and Jimmy Carter's boyhood home and farm.

Take a step back in time and come to visit the home of the 39th president in Plains, Georgia. The Carter administration placed great importance on human rights and public service. Allow time in your visit to this historic site to visit the Rosalynn Carter Gallery, The Carter Center and the Carter Presidential Library and Museum.

Don't miss the large smiling peanut that is now at a gas station near Plains. This smiling peanut was part of the promotional items used during Jimmy Carter's presidential election.

It is not to be missed photo opportunity. Because honestly where else are you going to see a giant smiling peanut. LOL! 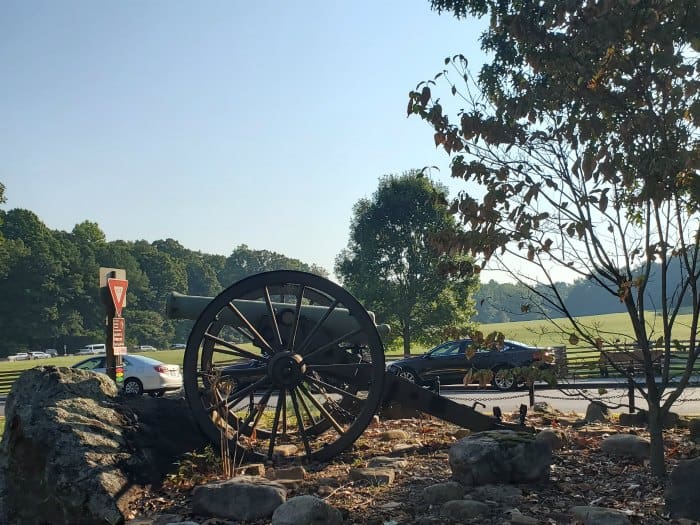 Located near Atlanta, Georgia Kennesaw Mountain is a 2,965 acre National Battlefield that preserves a Civil War battleground.  There are a ton of trails you can explore along with a large visitor center. Don't miss the fall leaves for epic photos. Make sure to plan time for Atlanta traffic when heading to this park.

Kennesaw Mountain Battlefield was the site of a key battle during the Atlanta campaign.  From June 19 to July 2, 1864, some of the bloodiest battles during Union Major General William T Sherman's advance towards Atlanta happened at Kennesaw Mountain and the surrounding area.

Today the park is incredibly popular with local visitors who hike up and down the mountain. There are 20 miles of hiking trails within the park along with a great visitor center. 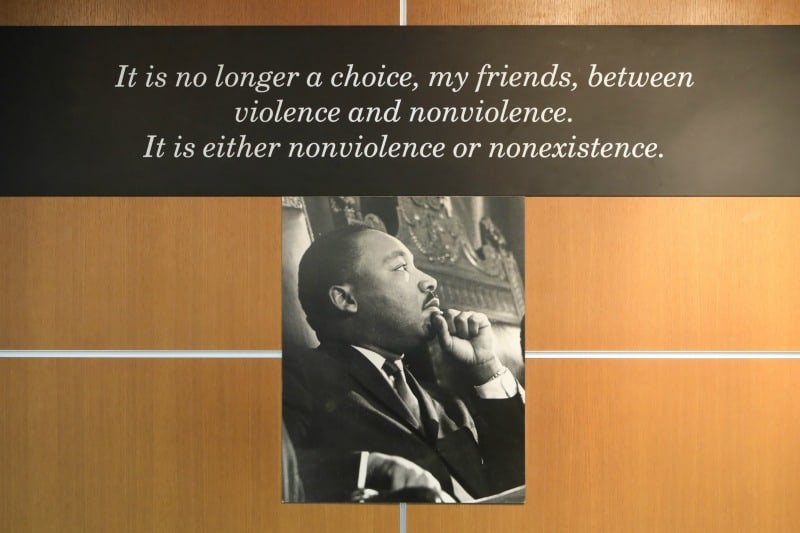 The park protects and interprets sites that were connected to Martin Luther King Jr's life. The visitor center is filled with exhibits and presentations about not only MLK Jr but also the American Civil Rights Movement.

Ebenezer Baptist Church located across the street from the visitor center is where Martin Luther King Jr's father preached, where he was baptized and where he joined his father as a co-pastor in 1960.

The King Center is also across the street from the visitor center and includes exhibit's about King's life and work in Freedom Hall. This is the location of Mr & Mrs. King's gravesites, eternal flame and reflecting pool.

Atlanta's oldest surviving firehouse the 1894 Fire Station #6 is located down the street from the visitor center. Here you can see displays on the desegregation of the city's fire department.

King Birth Home is located at 501 Auburn Avenue just down from the Visitor Center. This is the home where Martin Luther King Jr was born in 1929. He lived here until the age of 12. Tours are offered of the birth home but you will want to make sure to sign up for one as soon as you visit the visitor center. They are extremely popular and do fill up. 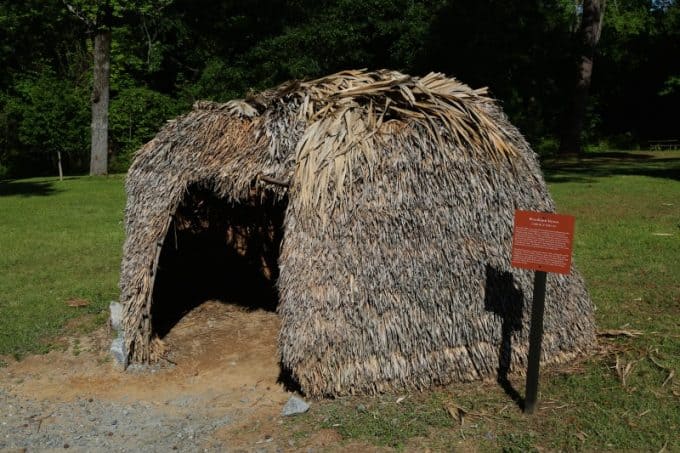 Ocmulgee Mounds NHP is located in Central Georgia on the eastern edge of Macon. The park is open year-round and offers the opportunity to visit an archaeological site, hiking, and a visitor center.

12,000 years of history from the ice age hunters of the Pleistocene Epoch to the European Exploration and the Revolutionary War have happened in the area of Ocmulgee Mounds.

Today the park showcases ceremonial mounds including the 50-foot high Great Temple Mound.  There are more than 5 miles of trails for exploring the woods and fields around the site.

The visitor center is an art moderne building that has exhibits and a park movie.

There are 11 Georgia National Parks with over 7.2 million visitors a year. The National Park Service estimates that this brings in over $581 million dollars in economic benefits each year.