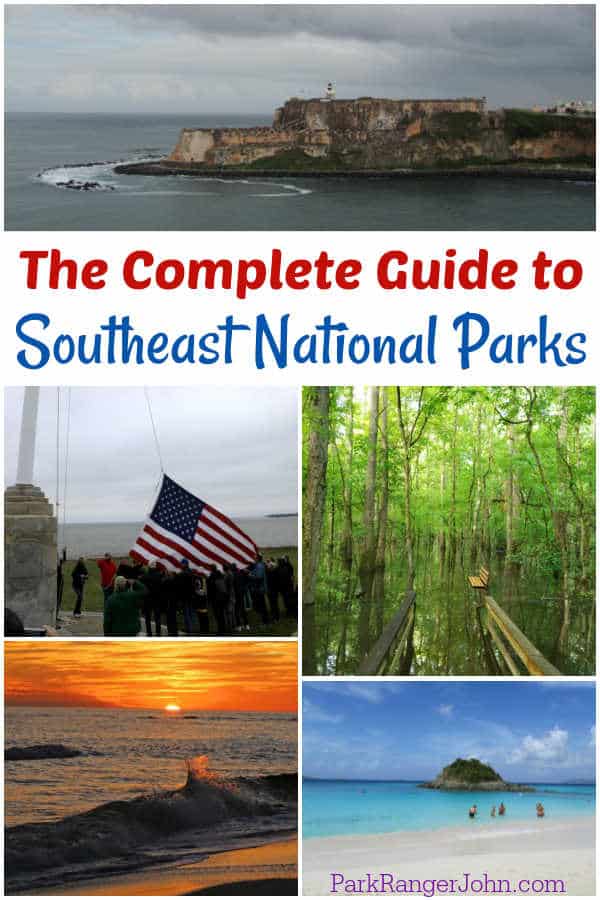 National Parks in the Southeast

Established on August 7,  1937, the Southeast Region originally covered the entire east coast minus the National Capital Parks. Later the Northeast region was created in 1965. The name was changed to Southeast Region and headquarters was placed in Atlanta, Georgia. 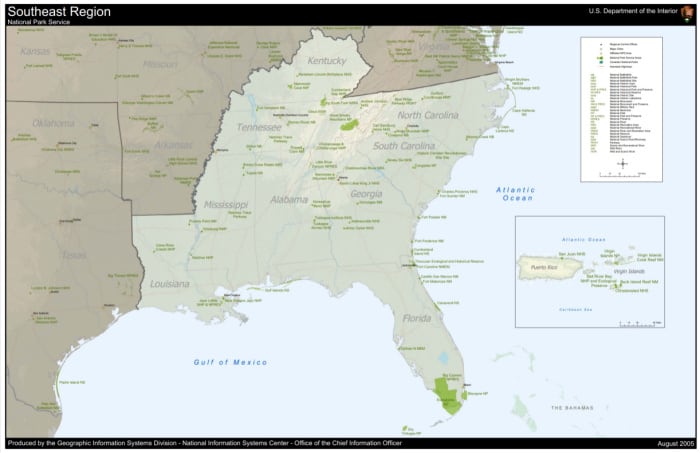 Best National Parks in the Southeast

The Southeast National Parks are filled with numerous hiking trails that spread throughout the United States.

There is the longest known cave system in Mammoth Cave, incredible wildlife viewing opportunities like black bears at the most visited national park in the US, Great Smoky Mountains, you can bring out your inner child and discover forts like Fort Jefferson at Dry Tortugas National Park in the Gulf of Mexico.

Florida National Parks have some of the best bird-watching opportunities anywhere, you can learn about civil rights, the Revolutionary War, the Civil War, and even visit the oldest city in the United States, San Juan Puerto Rico! 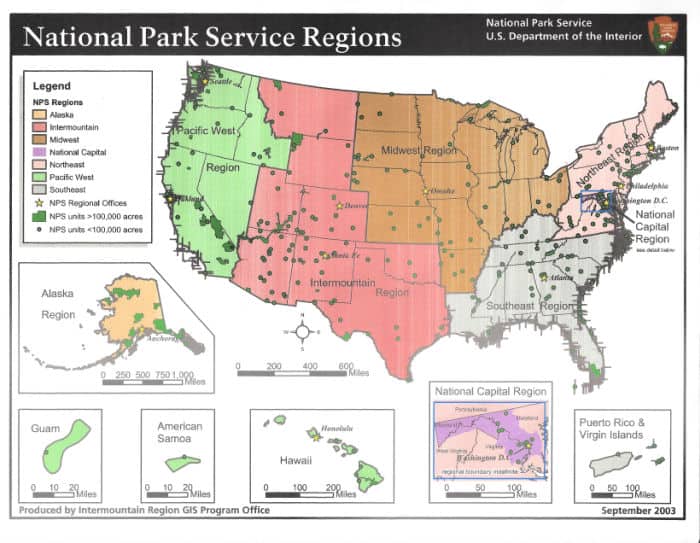 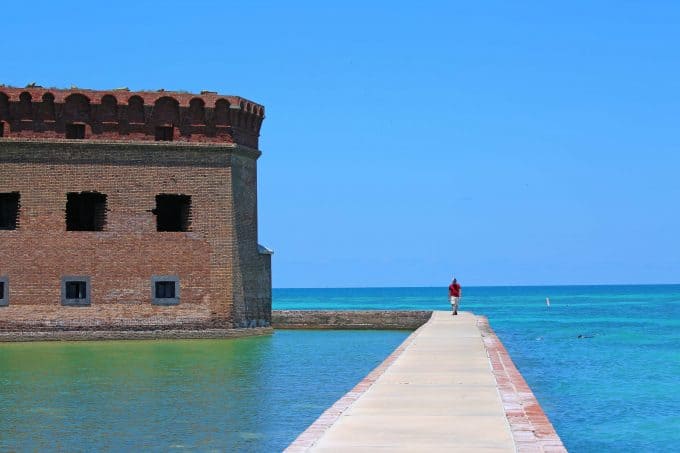 National Parks in the Southeast US

There are 6 National Parks in the Midwest. A national park is defined as containing a variety of resources and encompasses large land or water areas to help provide adequate protection of the resources.

These are the big parks that you hear about often.

While these are the big parks that you hear about don't miss some of the smaller unique parks that are also amazing. 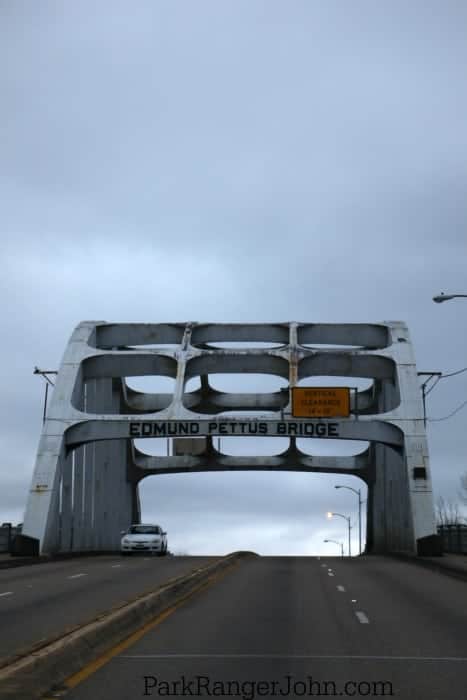 National Trails of the Southeast

Keep an eye out for specific National Park Passport stamps for these trails at the parks and information on how each specific park is a stop on the National Historic Trails.

Major US Cities in the Southeast Region with Airports 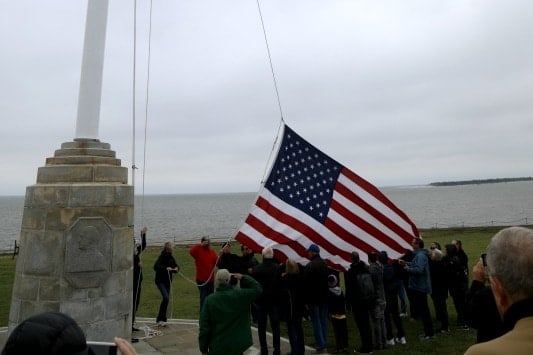 Raising the flag at Fort Sumpter

Watching the historical Weapons Demonstration including shooting the cannons at Castillo De San Marcos National Monument at the top of the fort.  Check the calendar on the Carlos De San Marcos page for times.

Why go for a hike on a hot tropical island when you can go swimming? Better yet, why not take the underwater snorkel trail at Virgin Islands National Park! This will be guaranteed to be a trail you won't soon forget.

Kids that grew up in the southeast can tell you about fireflies and mason jars. Now you can go watch the synchronous fireflies at Great Smoky Mountains National Park and Congaree National Park! What a great experience to get people outdoors after dark and find out how magical the forest is, even at night!

New Orleans is a city known to have great food and great music. Here you can have both because the world-famous Café Du Monde is literally on the way to the New Orleans Jazz National Historical Park. How close? Less than two blocks away, oh and you will literally walk by it walking from Jackson Square to the visitor center to make sure to stop and enjoy some coffee, beignets, and watching National Park Rangers play jazz at New Orleans Jazz National Historical Park!

Driving to the Outer Banks of North Carolina is an adventure itself. Once there you can visit where the Wright Brothers took the first flight or go soak up the sun on the shores of Cape Hatteras or Cape Lookout. Make sure to take the ferry ride on Cape Lookout to the Cape Lookout Lighthouse. On the way, you might be able to see wild the Shackleford horses on Shackleford Banks. 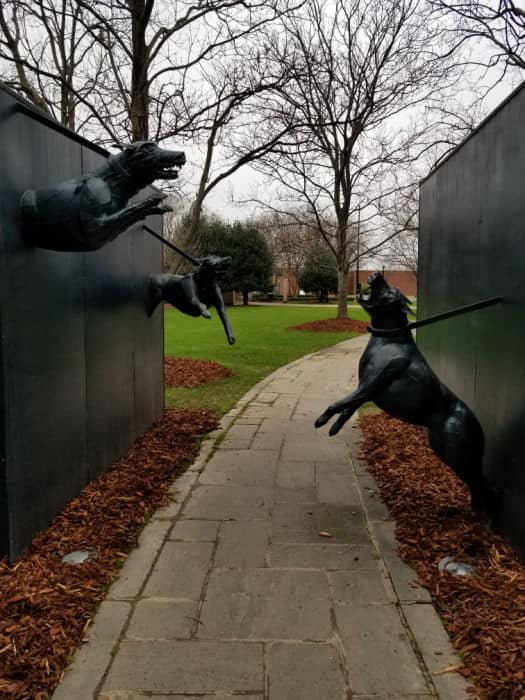 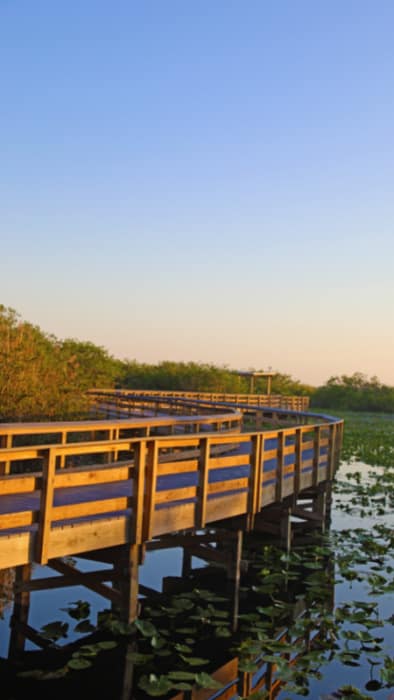 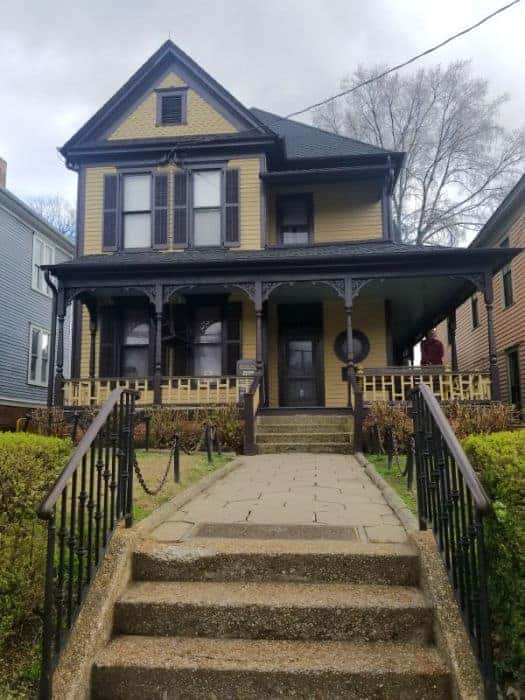 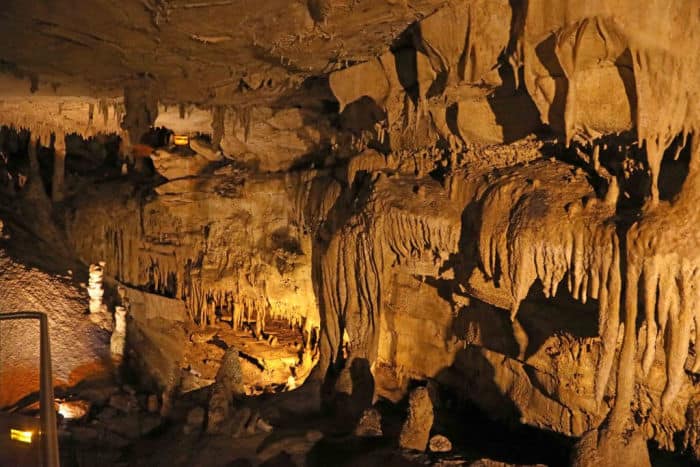 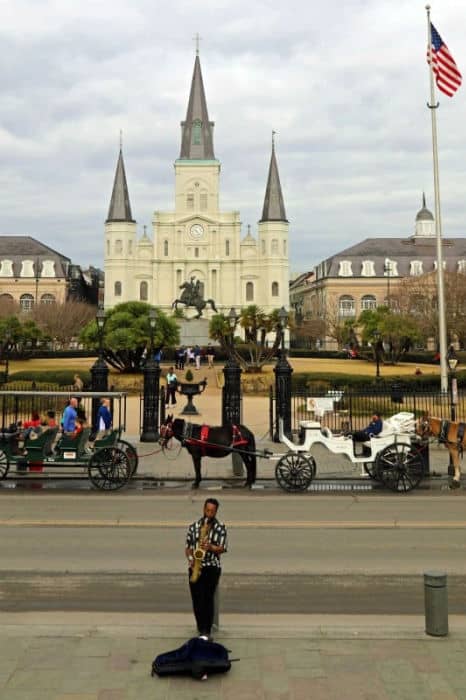 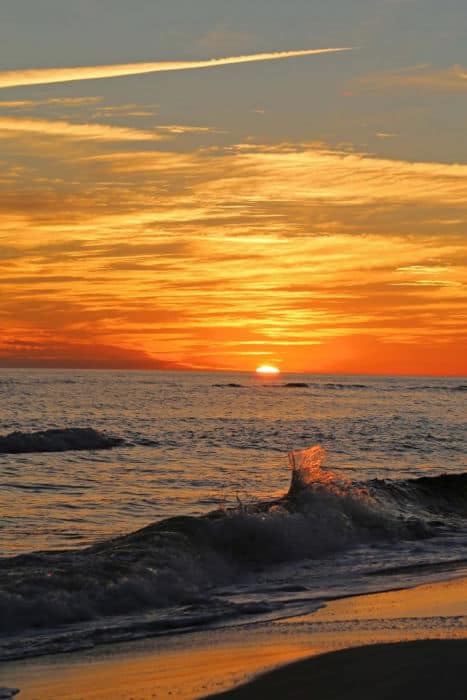 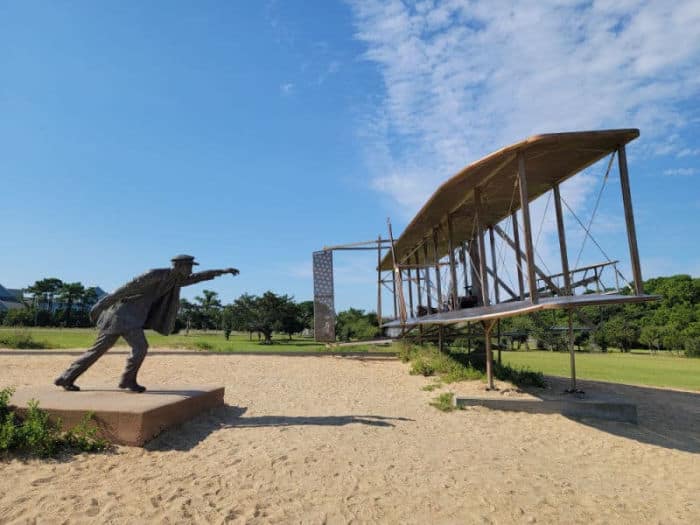 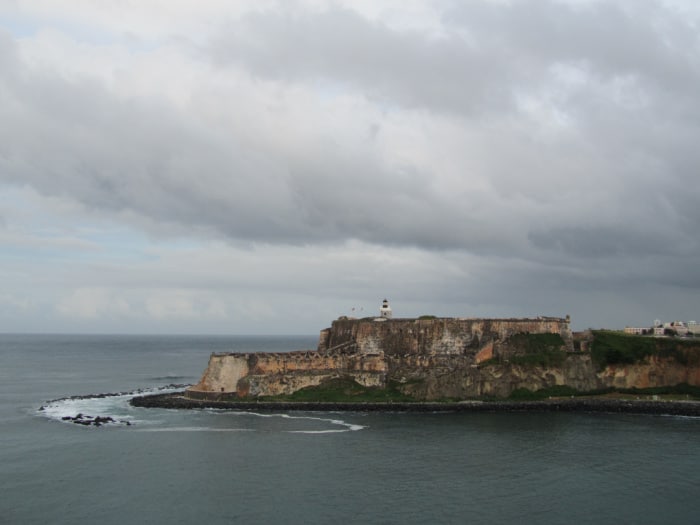 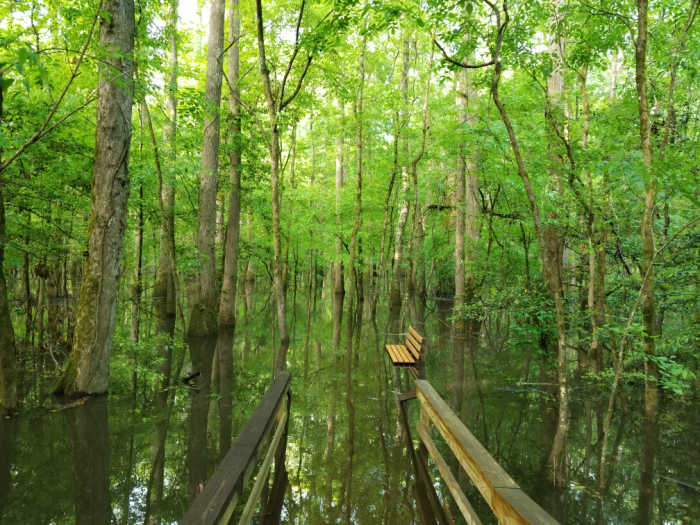 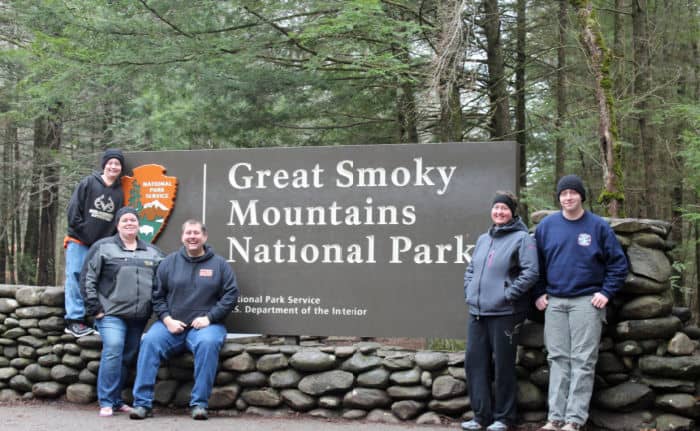 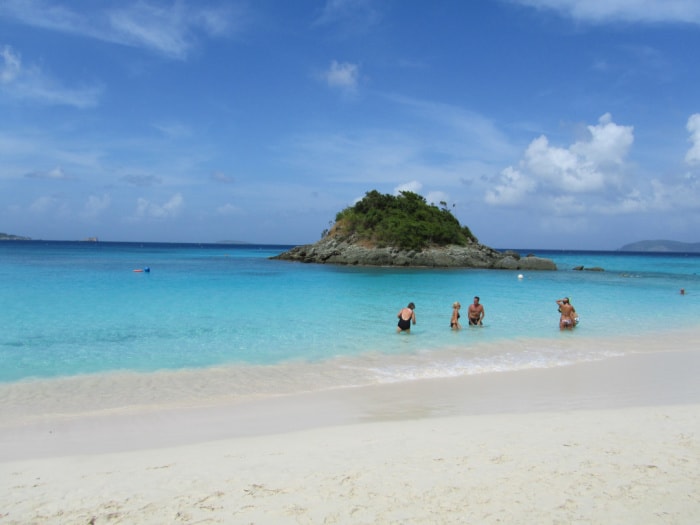 Do you have a favorite National Parks in the Southeast?