Great Smoky Mountains National Park is located in the Blue Ridge Mountains that straddle Tennessee and North Carolina. This most visited of the great American national parks was once the ancestral homeland of the Cherokee First Nation. President Andrew Jackson and his Indian Removal Act of 1830 forced most of the Cherokee out and white settlers moved in. When the resulting farming and clear-cut logging threatened to destroy the landscape, the US government banded together with oil magnate John D. Rockefeller Jr. and the citizens of the region to create a protected national park. It was officially established on June 15, 1934. Today, the Park encompasses some 814 square miles of unblemished mountainous forest (some of it – about 36 % - old growth). Not surprisingly, it has been named a UNESCO World Heritage Site. 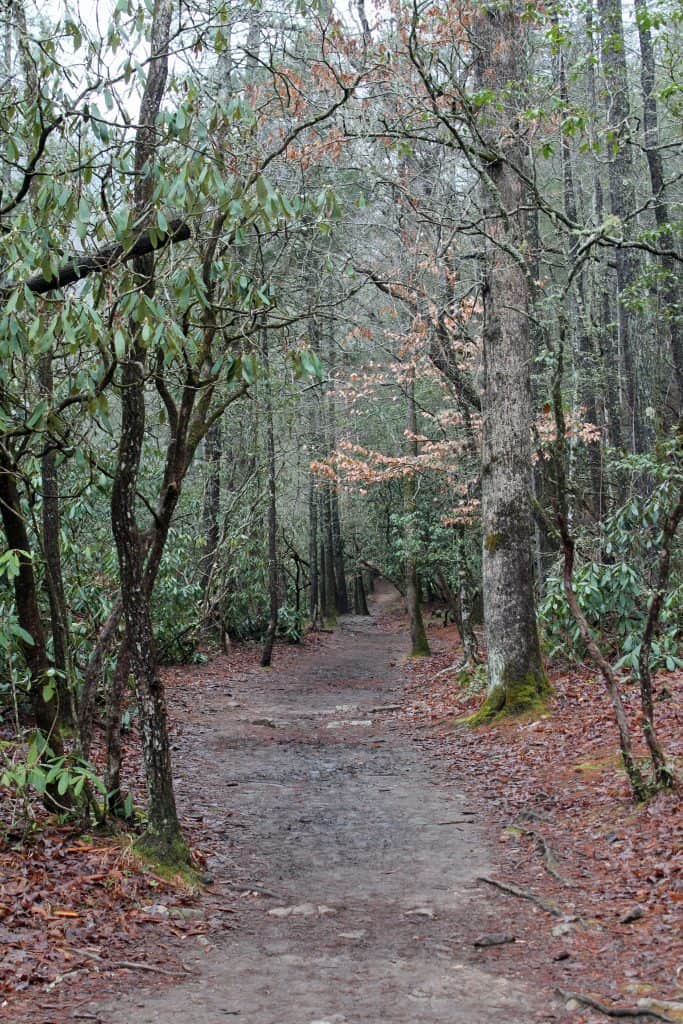 The Park maintains a number of historic sites within its boundaries as well as one archaeological area of great significance – the Oconaluftee Archaeological District. It takes its name from the river and its valley, located in North Carolina near the Quall Cherokee Reservation. The Cherokee maintained a village here (a replica can be visited on the slopes of nearby Rattlesnake Mountain) and considered the waters of the Oconaluftee sacred. The remains of an Appalachian farming settlement are also part of the District and there is a Visitor Center as well.

Elsewhere in the Park, history comes to life with sites and structures dating from the farming and logging boom of the late nineteenth century. Cades Cove is especially popular and the single most visited feature in the Park. The Cove is an isolated valley where European settlers built a thriving farming community in the 1800s. This feisty group of farmers put up a strong fight against the formation of Great Smoky Mountains National Park, which would eventually purchase or seize all of their landholdings. Some of these properties are historical Park highlights to this day, among them:

The Primitive Baptist Church built in 1887. It’s congregation continued to meet in defiance of Park regulations well into the sixties.

The Tipton Place, built by the descendants of Civil War veteran William Tipton. Its cabin, carriage house, smokehouse and famous cantilevered barn date from the 1880s.

Gregory’s Cave, though not generally open to tourists, is one of several natural caves in the area. The Gregory family ran this one as a commercial cave in the early twentieth century, charging admission (fifty cents; children free) and maintaining a series of wooden walkways and staircases. If you can’t get into the cave, you can still visit Russell Gregory grave at the Primitive Baptist churchyard.

These homestead sites are strung out along an 18 kilometer long paved loop making this trip back in time accessible to car and bicycles. Options exist for touring the valley on foot or by horseback as well.

American history is alive and well in the Great Smoky Mountains National Park, with many colorful chapters in the saga of human settlement lovingly preserved for future generations to enjoy.

Great Smoky Mountains National Park is the most visited national park in the United State. Why? There are a number of reasons.

There is a wide range of camping accommodations available. For the budget minded who do not mind roughing it, there are areas in the campgrounds for tent camping. For those who want a little more comfort, there is campsites for RV’s. Most do not have water or electric but for those who want all the comfort of home, there are a few that have full hookups. To make sure you get a camping spot you should make a reservation. (Remember this is the most visited national park in the United States). There is one lodge in the park but you can only get to it after a 5-mile hike. Don’t like any of those options there are plenty of motels, bed and breakfasts and hotel in all price ranges near the park.

There are numerous hiking trails in Great Smoky Mountains National Park. One of the best known is the portion of the Appalachian Trail that runs north and south through the park. A number of the other trails take you to one of the numerous waterfalls in the park. Mingo Falls with a distance of .04 miles is one of the shortest but is rated moderate in difficulty. Others are as long as 5 miles. Any are worth the hike.

Clingmans Dome Road takes you to the highest point the park. If the weather is clear you have a great view of the Smoky Mountains but you can find that you have driven into one of the clouds that cap the mountains and give them their name.

Ranger Guided Walks are conducted throughout the park and are free. There are more in the summer. Check at the Ranger Stations to see what is on tap for that day.

Cades Cove is located in a beautiful valley. There you will find a working farm similar to some of the original farms located in the Smoky Mountains.

Plan to spend several hours touring the buildings and visiting with the people who work on the farm. Other historic buildings are located at Cataloochee and Ocunaluftee.

Roaring Fork is a wonderful scenic that starts in Gatlinburg. Along the drive, you will see mountain streams, log cabins, and old growth forest.

There is also wildlife viewing, fishing, bird watching, and other nature activities throughout the park. As you can see there is something for everyone in Great Smoky Mountain Nations Park and that is another reason for its popularity.  There are truly so many things to do in Great Smoky Mountains National Park!

When you think of the Great Smoky Mountains National Park, you probably think of the mountains and trees that sit comfortably in the states of Tennessee and North Carolina. With the wild life and plants that accompany this breathtaking park, there is no wonder why this is one of the most visited parks in the world, Let us start with just a little history of this great park.

The Great Smoky Mountain Park was established in the year of 1934, although, the history of the park goes back to the late 1800s and as the years have gone by the park has grown even bigger.

It was on September 2, 1940 when President Franklin Roosevelt announced from the Rockefeller Monument at Newfound Gap in the park, that the land where he stood would now be a national park for the whole world to enjoy. Nearly ten million visitors a year now visit the Great Smoky Mountains National Park.

Today the park has over 500,000 acres of forest and that counts for almost 95 percent of the park itself, with nearly 25 percent of the forest that has never touched or disturbed in any way.

The park has over a hundred different kinds of trees and shrubs not to mention the 1500 species of vascular plants, many of which are considered rare. Plus, over 4000 more non-flowering plants, you can see why so many people visit this park. 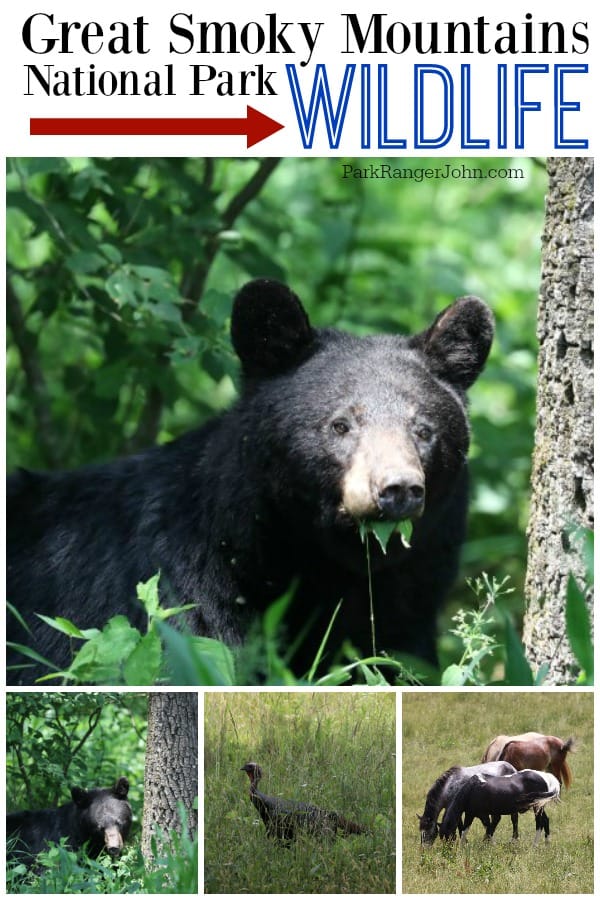 It is known as the "Salamander Capital of the World." by some. With over 30 different kinds of salamander found here in the park, it has the most diverse salamander population anywhere in the world.

Salamanders, are not the only reptiles here in the park, among the mist, and on the forest floor there is a long list of turtles (six), lizards (nine), and snakes (twenty-three), there are only two venomous snakes here in the park, the Northern Copperhead and Timber Rattlesnake, and to date there has never been a fatality in the recorded history of the park.

Keep in mind that bears live here too, two for every square mile is the estimate, or if you prefer right around 1500 live here in the park. Please keep this in mind, bears are naturally curious and always hungry and can smell food from miles away, so use the bear-proof trash cans to keep them within their diets.

The bears are only one of the many mammals you will find here in the park, other mammals you may see include coyote, bobcat, foxes, skunks, deer, bats, and elk. To name a few among the 60 plus here that make the park their home.

Check out this article all about Smoky Mountains Wildlife

Talk about a bird watch haven, with all those trees, the birds are everywhere, over two hundred and forty species of birds and 60 species live here year-round. Of course with all this beauty all around, romance is in the air and close to 120 different kinds of birds breed here every year.

The Great Smoky Mountain National Park is more than a park, its "life in abundance" and "life at its best." It's a place you can take your whole family, and the memories made here will surely last a lifetime.

Everyone will have a great time, rather you like hiking, biking, horseback riding, fishing or rafting there is something for everyone, not only is it fun and educational, it is truly one of the most beautiful places in the world.