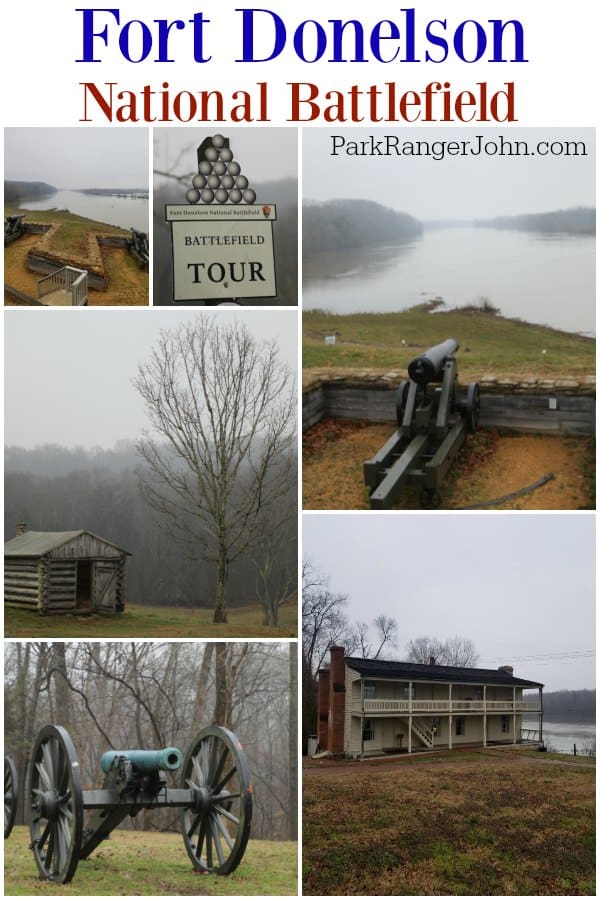 The 1,063-acre park is the site of the first significant Union victory of the Civil War.

Open year-round you can take a driving tour of the battlefield, Fort Donelson National Cemetary and the Dover House.

From the beginning of the Civil War both the Union and Confederate forces knew the importance of the Tennessee and Cumberland Rivers.

If the North controlled the waterways they could use them to strike into the heart of the Confederate strongholds.

The Confederates built Fort Henry on the Tennesee River and Fort Donelson on the Cumberland River to try and prevent a Union invasion into Tennesee.

Fort Henry can not be visited since it is now beneath the waters of Lake Kentucky.

After this battle Grant and Foote moved east to attack Fort Donelson.

At Fort Donelson, the Union forces met greater resistance due to the fort being better situated that Fort Henry.

The Confederate forces decided to try and escape to the Southeast knowing more Union forces were on their way. Confusion and indecision led to an order to withdraw behind previous battle lines.

Confederate Brigadier General Simon Buckner realized that their troop's position was hopefull and asked for terms of surrender from General Grant.

It is interesting to know that Buckner and Grant were acquaintances before the war. They attended West Point together.

Grant replied, "No terms except an unconditional and immediate surrender can be accepted".

On February 16th more than 12,000 Confederate troops were taken prisoner and news of the Union victory spread.

This was the first significant victory for the Union Army and after this, they moved forward to capitalize on their momentum. 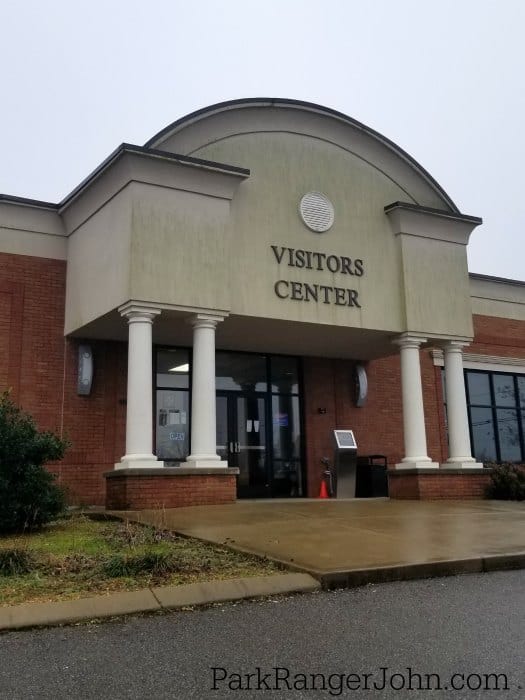 There is a great park film that helps you understand the battle and why Fort Donelson was so important for the Union troops. 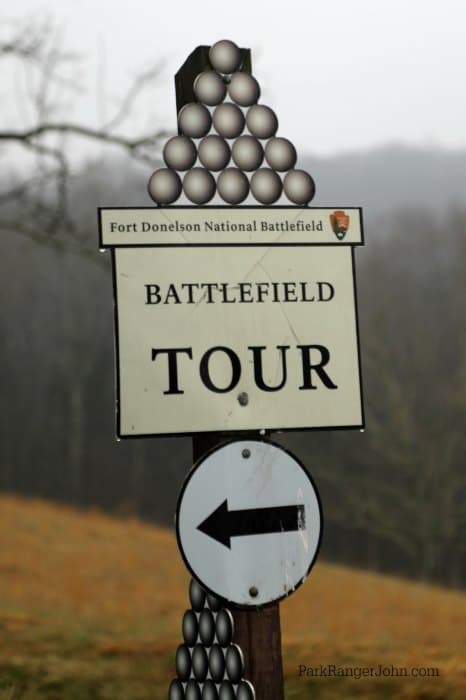 There is a 6-mile self-guided driving tour that takes you through battlefield sites, the spot where Union soldiers camped for the night before the surrender, and into the small town of Dover to the 1851-53 Dover Hotel.

The United Daughters of the Confederacy raised the funds for this monument and dedicated it in 1933, the year that this park was transferred to the NPS from the War Department. 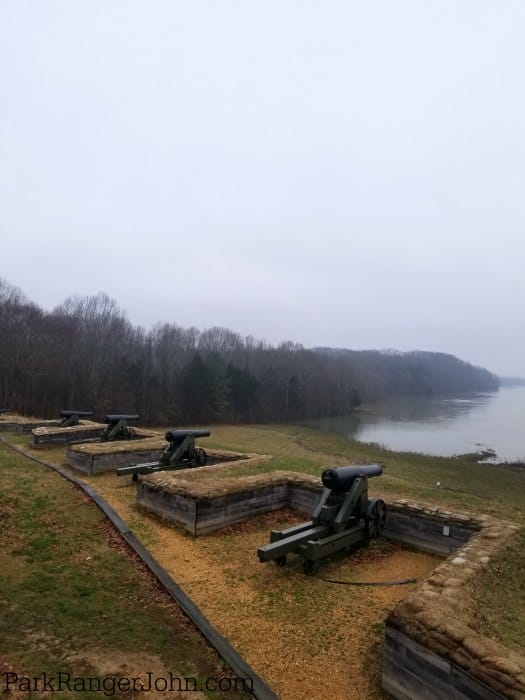 Check out a unique perspective of the naval battle of February 14, 1862. 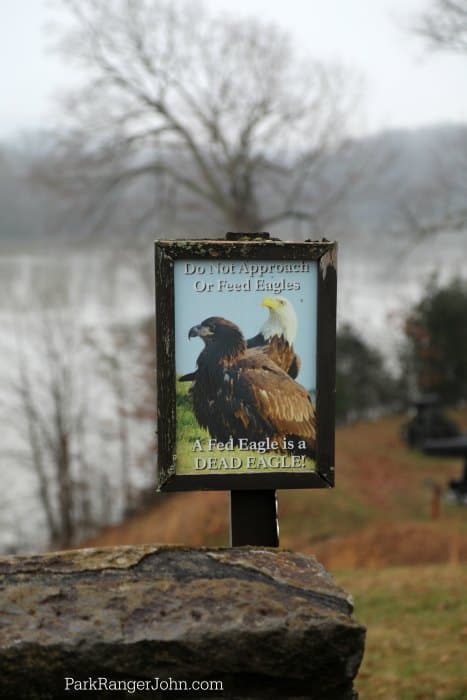 Keep an eye out for Bald Eagles along the river. We did not see any during our visit but it was a cold and windy day.

We heard that they are commonly seen at the river batteries. 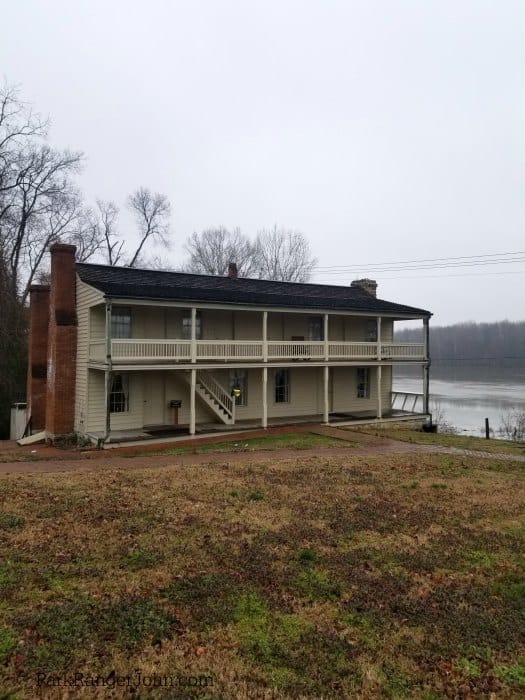 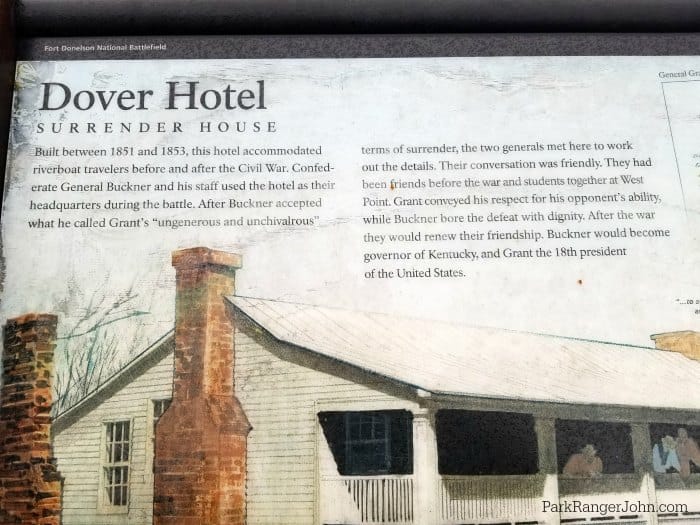 This is the site where Ulysses S. Grant accepted the Confederate surrender of the Fort from his old friend Simon B. Buckner 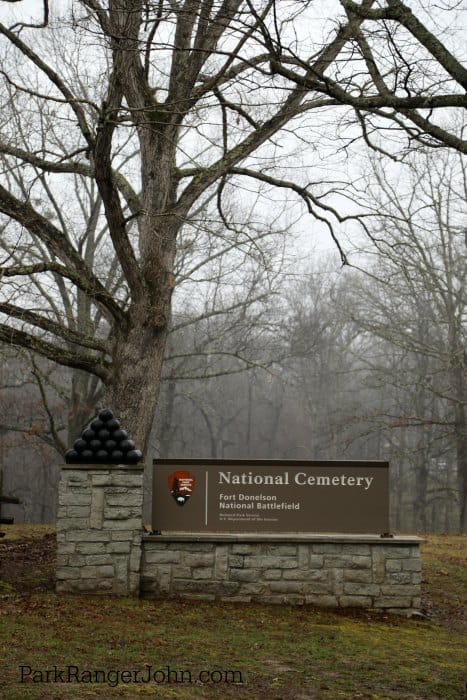 670 Union Soldiers are among the interred in Fort Donelson National Cemetary. 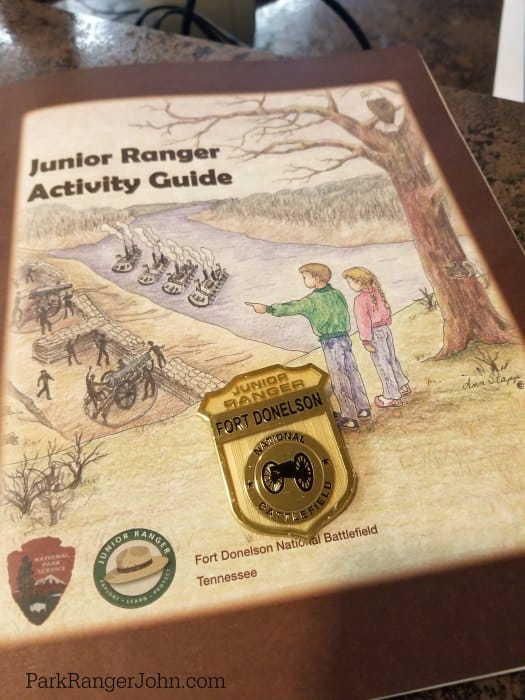 While at the visitor center ask and see if the Law Enforcement Ranger is available. She is amazing and put together a special Law Enforcement junior ranger program that we thought was amazing! 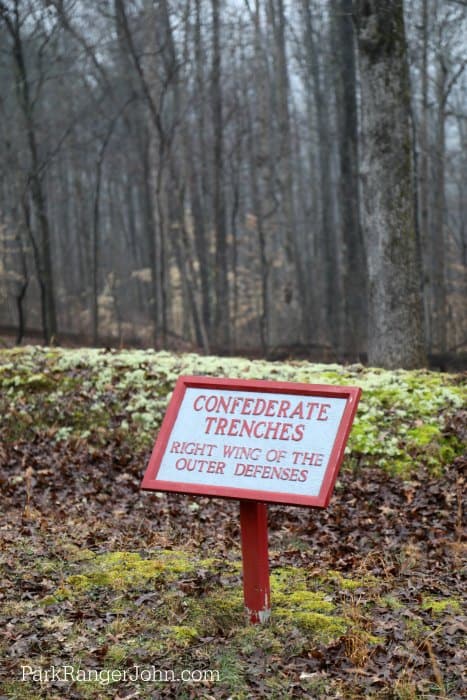 Park hours: The park is in the central time zone

Visitor services are at the Stewart County Visitor Center from 8:00 - 4:30 daily.

Entrance Fee: $0.00 there is no fee to visit Fort Donelson

Pets: Pets must always be physically restrained and are not allowed in buildings. 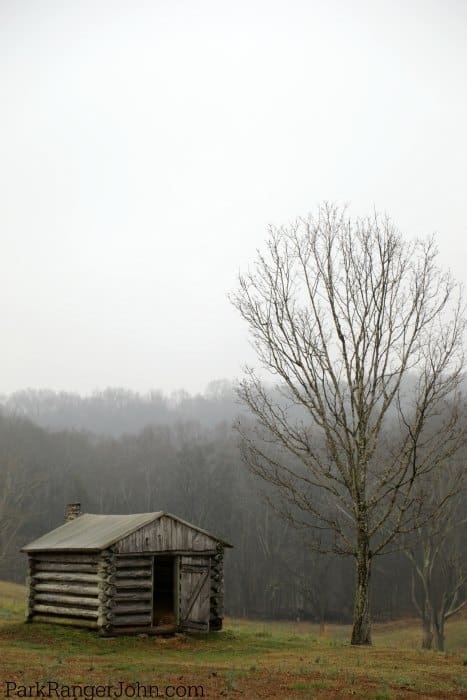