Shiloh National Military Park in Tennessee was the site of a bloody Civil War battle to control the Confederate Railroads. 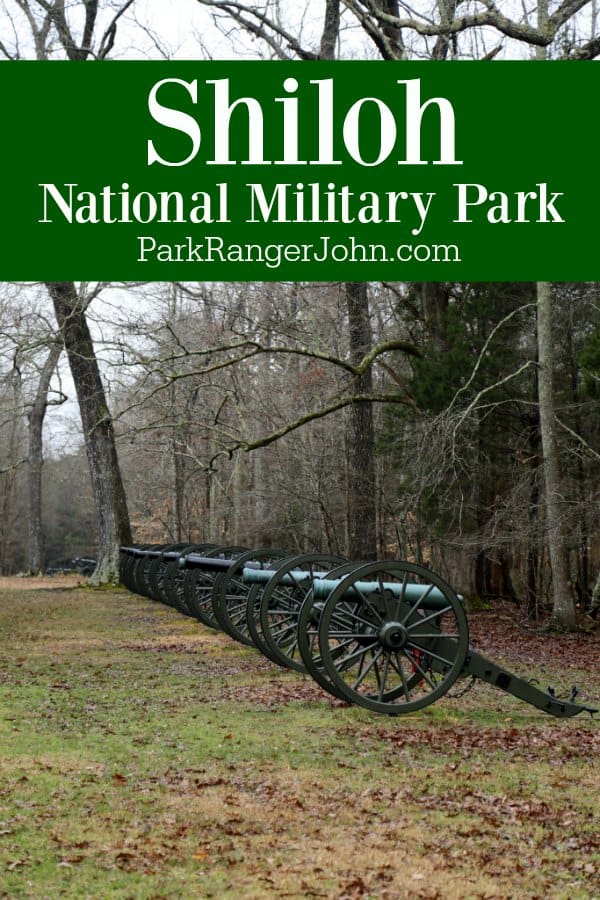 Union Forces in 1862 had taken control of Kentucky and the middle section of Tennessee moved to attack an important railroad crossroads at Corinth, Mississippi.

More than 23,000 soldiers were killed, wounded, captured, or listed as missing after two days of fighting.

The battle ended with no clear winner.

On October 3 and 4th Confederates tried and failed to recapture Corinth in a battle that resulted in a combined 7,000 casualties.

Shiloh National Military Park encompasses much of the April 1862 battlefield at Pittsburg Landing. There is also an interpretive center 22 miles away in Corinth, Mississippi. 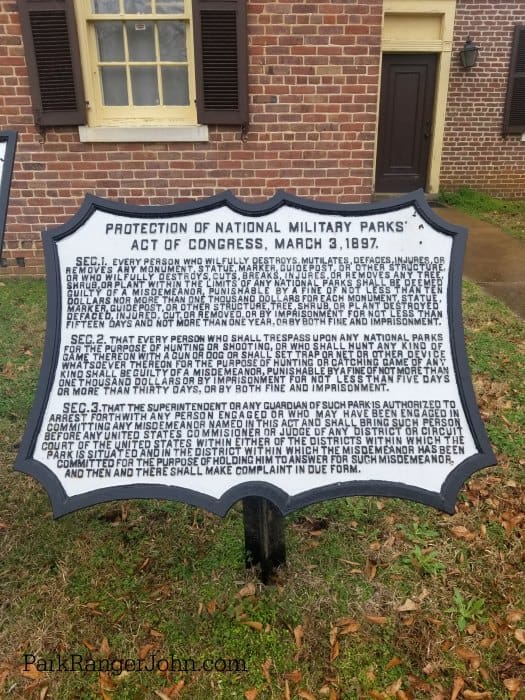 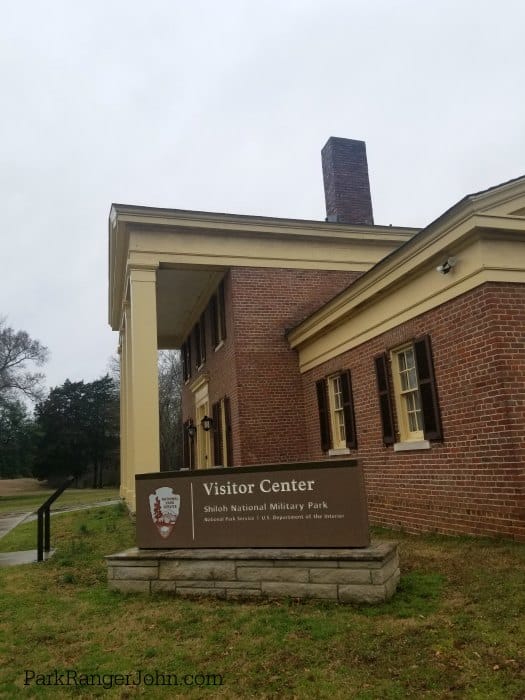 There is a visitor center at both the Shiloh Battlefield and the Corinth Civil War Interpretive Center.

Each of the visitor centers has interpretive panels and rangers/volunteers available to answer questions and give information on the park.

There is a park movie that is a bit intense and details what happened during the battle at Shiloh. It is pretty intense and may not be great for young kids if they get upset with battle scenes. 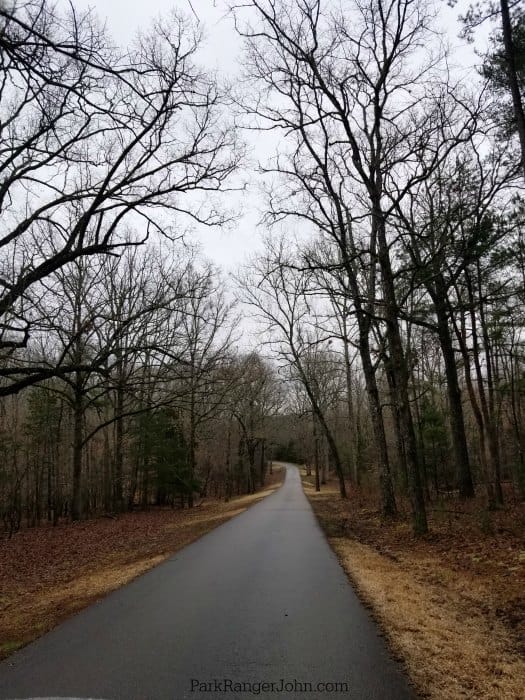 There is a 12.7-mile auto tour at the Shiloh battlefield site. There are 20 stops along the route including Bloody Pond, The Hornet's Nest, and the spot where Confederate General Albert Sidney Johnson was killed.

The Shiloh Battlefield bookstore has a 76-minute auto audio tour for purchase. 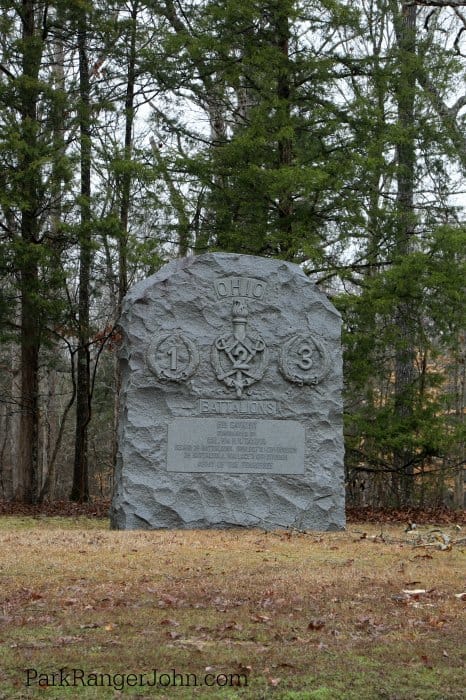 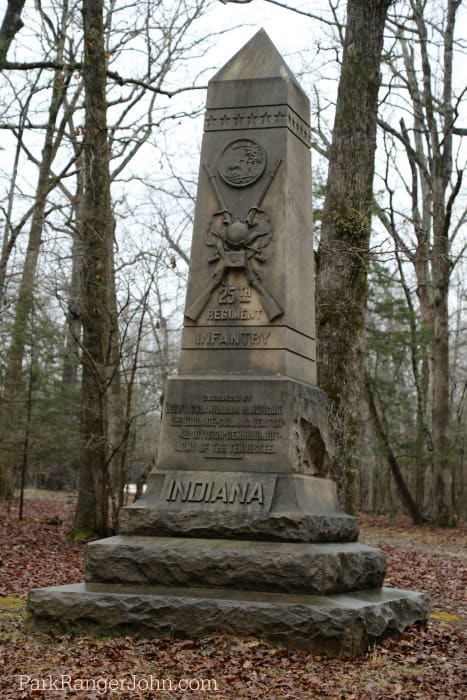 There are over 150 commemorative monuments within Shiloh National MP. 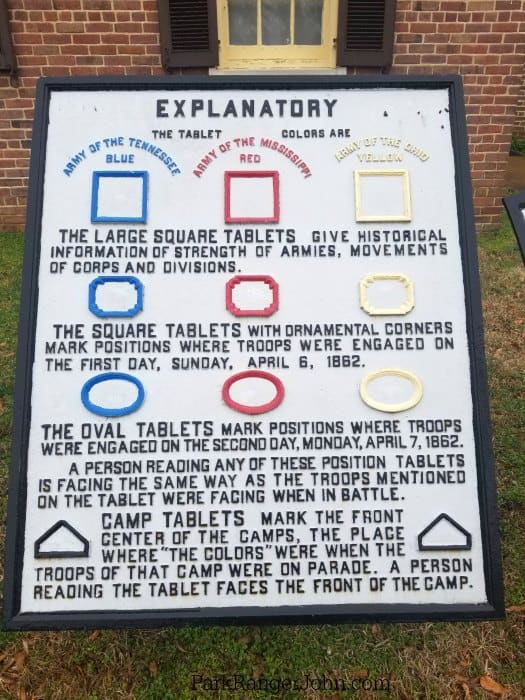 There are 600 troop positioning markers within the park to help visitors understand the battle and what took place. 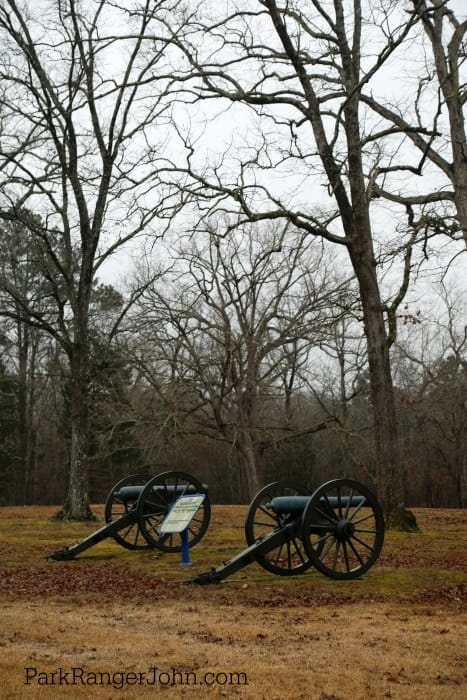 There are 229 authentic Civil War-era cannons within the park. Don't worry if your first photo doesn't make you happy you will see more as you travel the autoroute.

We got really excited at the beginning of the route thinking we wouldn't see many more cannons. 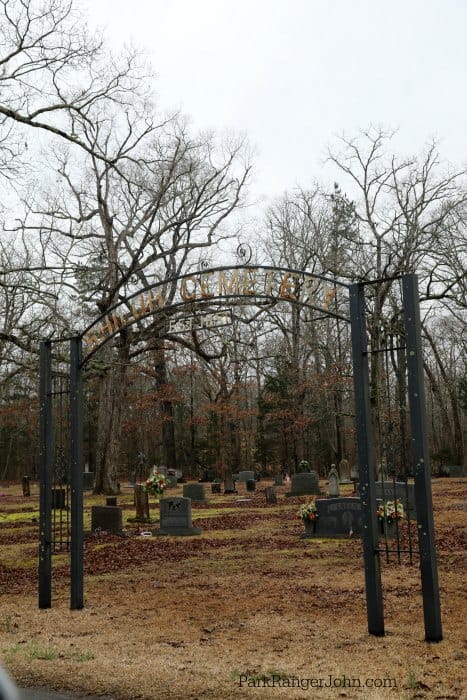 The Shiloh Battlefield National Cemetary contains the graves of more than 4,000 military personnel and their family members. 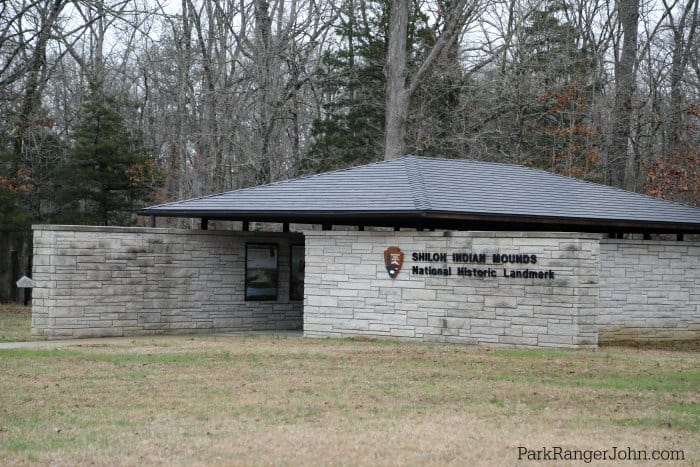 This area preserves the remnants of an 800-year old Native American Mississippian Era Indian village that has been designated a national historic landmark. 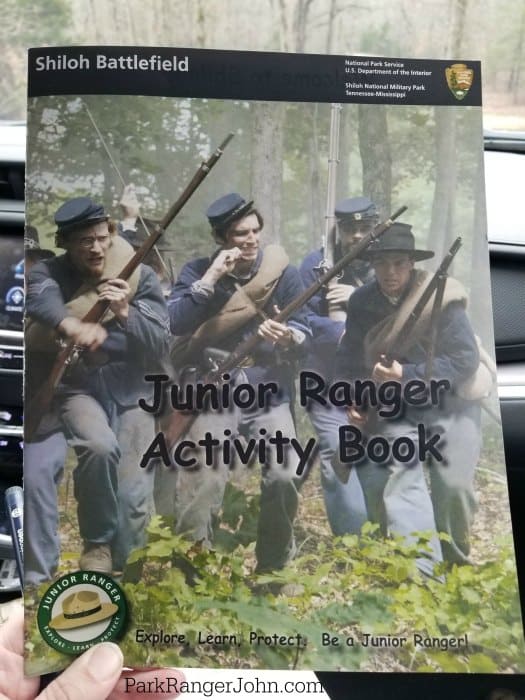 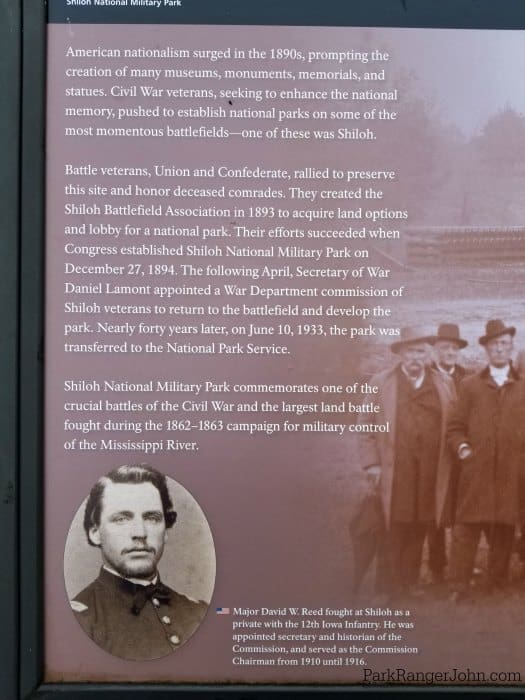 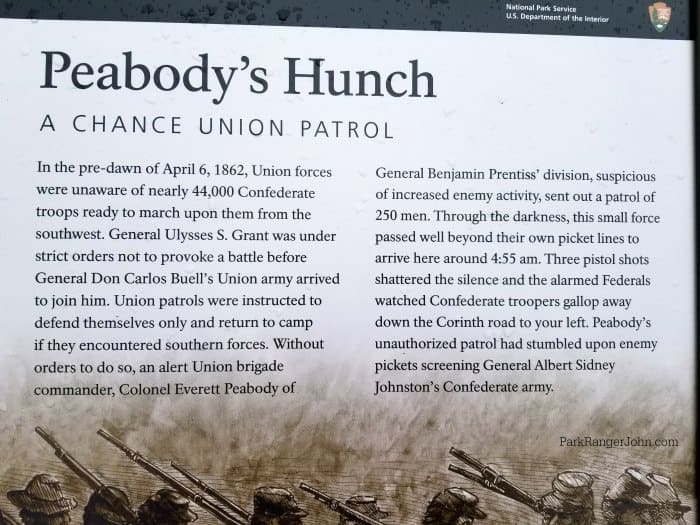 Park Hours: The park grounds are open daily from sunrise to sunset. 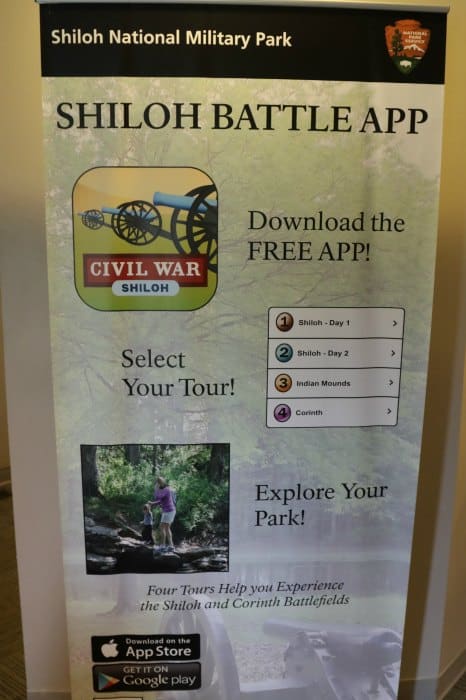 You can download the Shiloh Battle App to learn more about the park and experience four tours through both Shiloh and Corinth Battlefields. 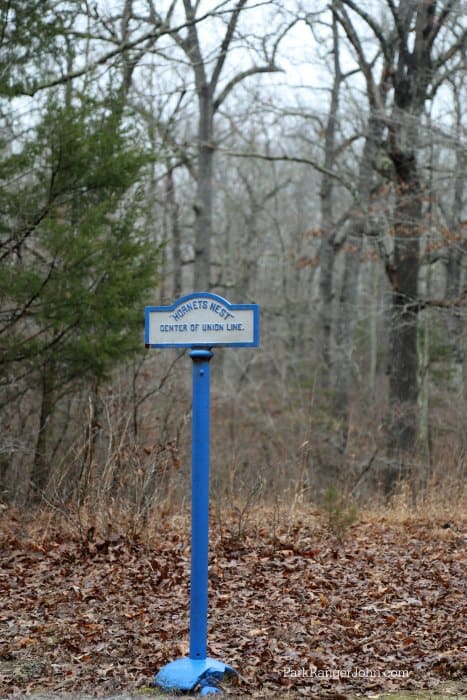 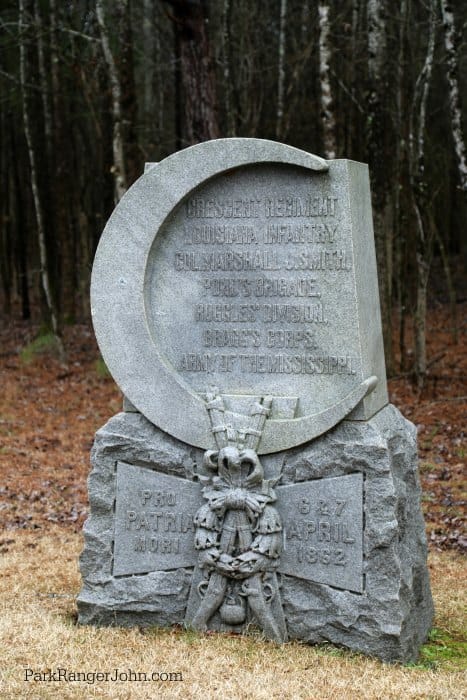