This historic site features not only the pilots but the support crew that was part of their groundbreaking work. 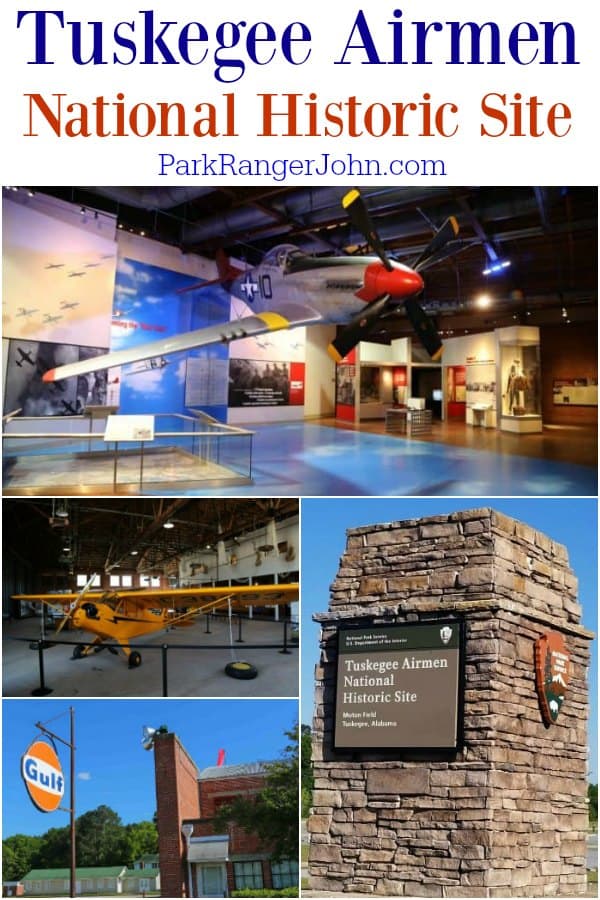 I can honestly say that a wave of emotions went through me as I visited the Tuskegee Airmen National Historic Site!

Most of my emotions were of joy knowing what this facility meant for equality for so many Americans. I stood in between hangar#1 and hangar #2 looking out towards Moton Airfield and all I could think of is how a mere 75 years earlier, people thought that someone could not fly a plane only because of the color of their skin.

It makes me so happy that the men & women who served here proved everyone wrong! In fact, at this location, nearly 1,000 aviators were produced and were America's first African American Pilots in the U.S. Military. 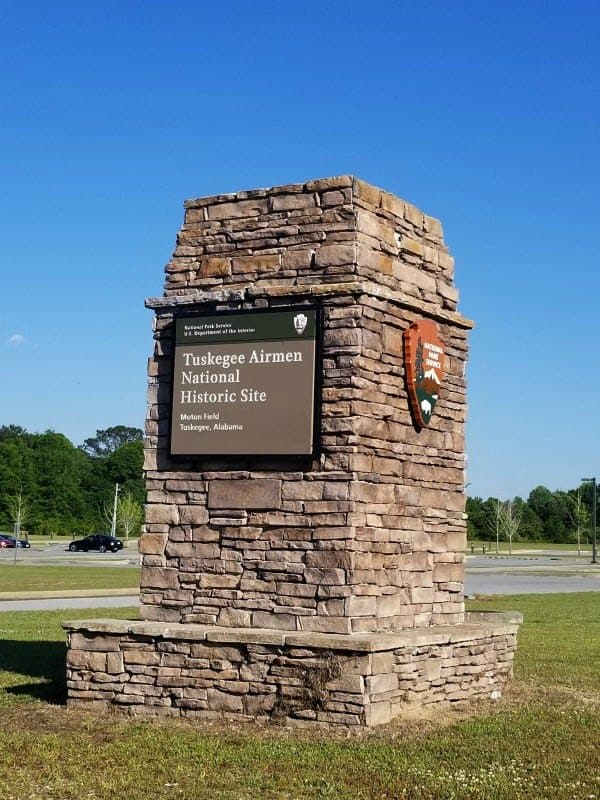 They paved the way for desegregation in the U.S. Military and the signing of Executive Order 9881 by President Harry S Truman in 1948.

There is so much more to do for equality for all people of the United States, especially for those who have had to endure discrimination merely because of the color of their skin.

Everyone should take the opportunity to visit the Tuskegee Airmen National Historic Site and celebrate the successes we have had in America towards equality.

The Tuskegee Airmen Museum is housed in 2 airplane hangers at Moton Field in Alabama. The hangers include airplanes, an interactive parachute display, history of the Tuskegee Airmen and so much more. Give yourself a minimum of one to two hours to explore the museums and surrounding area. 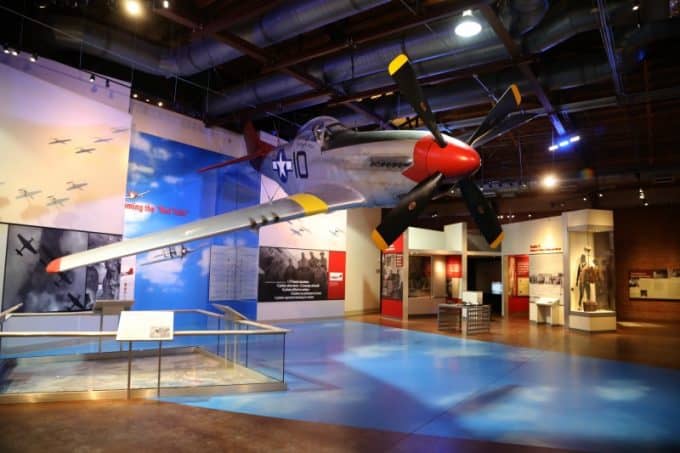 Hanger #1 was completed in 1941 and was the center of the Tuskegee Airmen operations. The Hanger includes the briefing rooms, administrative offices, and maintenance shops. 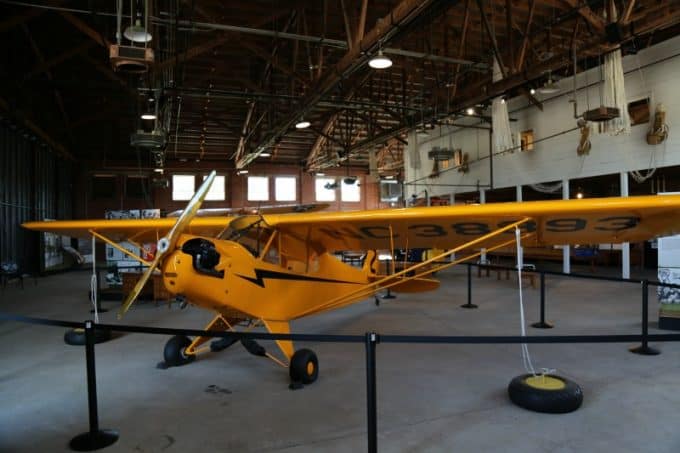 Hanger #2 includes a full-sized red tail P-51 Mustang airplane that you can walk underneath. There is a 27-minute video that shares more information on the Tuskegee Airmen.

Hanger 2 was completed in 1944 in response to expanding operations and includes the Moton Field control tower and a parachute packing area.

I am going to fully admit that I had to call in a friend also known as a Tuskegee Airmen Park Ranger to help with the Junior Ranger program.

We arrived late in the afternoon and I was running around trying to complete the booklet which is filled with so much great info. Thankfully the Park Ranger was more than willing to help me out and make sure I saw everything I needed to see.

How Many Tuskegee Airmen were there?

There were a total of 932 Tuskegee Airmen (pilots) who graduated from the program; of these only 355 would ever serve in active duty as fighter pilots.

More than 10,000 African-American men and women who served as support personnel to the Tuskegee Airmen. 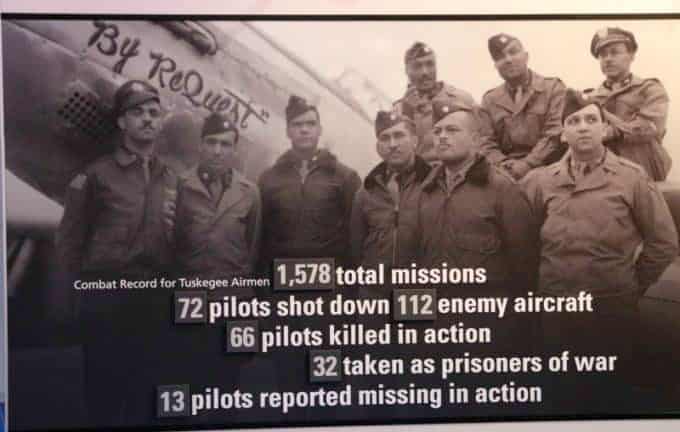 Captain Benjamin O. Davis Jr. commanded the 99th Fighter Squadron at Tuskegee. He was the first African-American to serve as a general in the United States Army.

450 African-American Tuskegee Airmen served in combat missions in the European Theater of Operations, in the Mediterranean, and in North Africa.

Tuskegee Airmen were the only fighter group to have a perfect record protecting the bombers.

Tuskegee Airmen were awarded a total of 150 Distinguished Flying Crosses for their service.

Tuskegee Airmen were awarded 8 Purple Hearts, 14 Bronze Stars, 3 Distinguished Unit Citations, and 744 Air Medals and Clusters for their service in the U.S. military.

For every pilot, there were at least 10 black men and women on the ground in support roles including mechanics, medical technicians, administrative support, and cooks.

The Tuskegee Airmen were grouped into 4 flying squadrons;  the 99th, 100th, 301st & 302nd. These four squadrons were combined to form the 332nd Fighter Group.

Some Tuskegee Airmen were trained in B-25 bombers and formed the 447th Bomber Group, however, WWII ended before these pilots could be deployed.

Primarily due to the outstanding wartime accomplishments of the Tuskegee Airmen, in July 1948, President Harry S. Truman signed Executive Order 9981 which officially integrated the U.S. Air Force. The U.S. Army became integrated in 1951, with other services soon following. 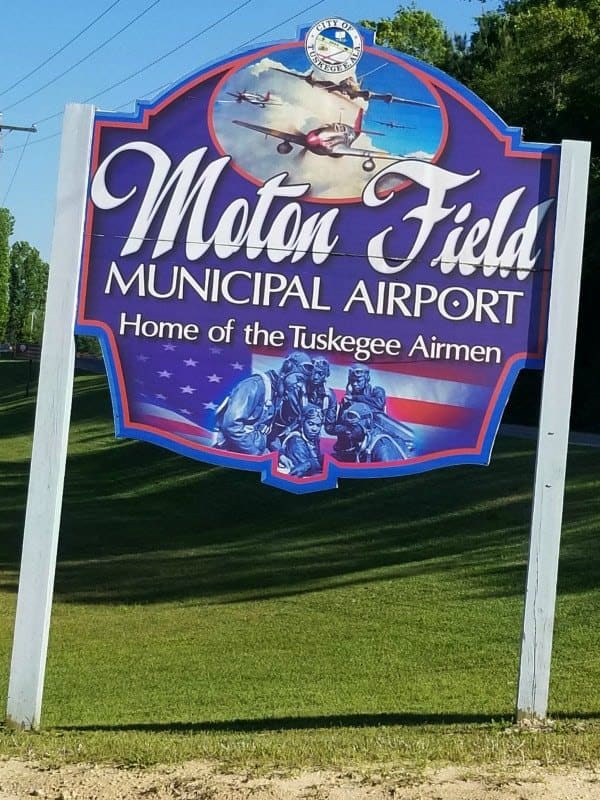 The park is closed on Thanksgiving, Christmas, New Year's Day and Sundays.

The Park is CLOSED ON SUNDAYS!!!!

Park Fees - There is no fee/charge to visit the park

The parking lot is on the upper-level of Moton Field. If you need to park closer there are a couple of spots near the hangers. 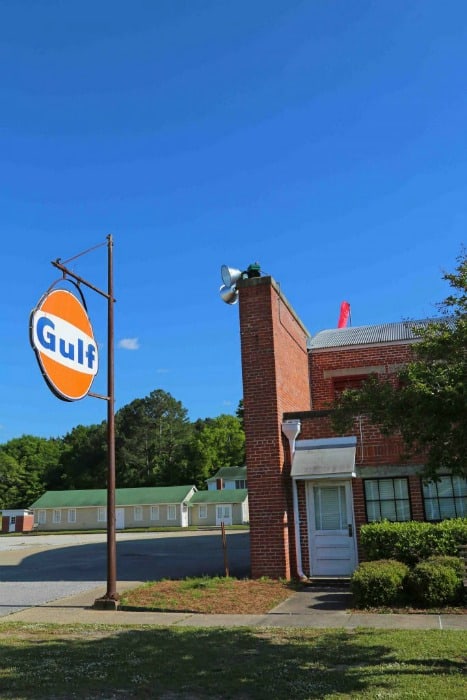