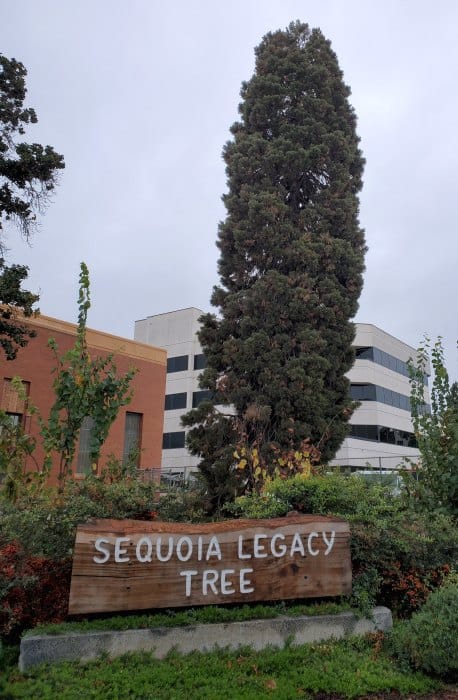 We had the chance to spend time in Downtown Visalia during our California Big Trees Road Trip partnership with Visit California. We were so excited to spend more time in Visalia, California.

Located in the heart of Visalia is the Sequoia Legacy Tree. The Legacy Tree was planted in February 1936 by Guy Hopping who was the superintendent of General Grant National Park which is now known as Kings Canyon National Park.

During the extreme winters at General Grant, Mr. Hopping would move his office to the basement of the Downtown Visalia post office. He worked with the postmaster Nate Levy to plant two Sequoia trees on either side of the historic post office.

The sequoia trees were three years old when Mr. Hopping brought them down from Grant Grove. They planted the trees in hopes of providing a visual symbol of the collaboration between the parks and the post office. 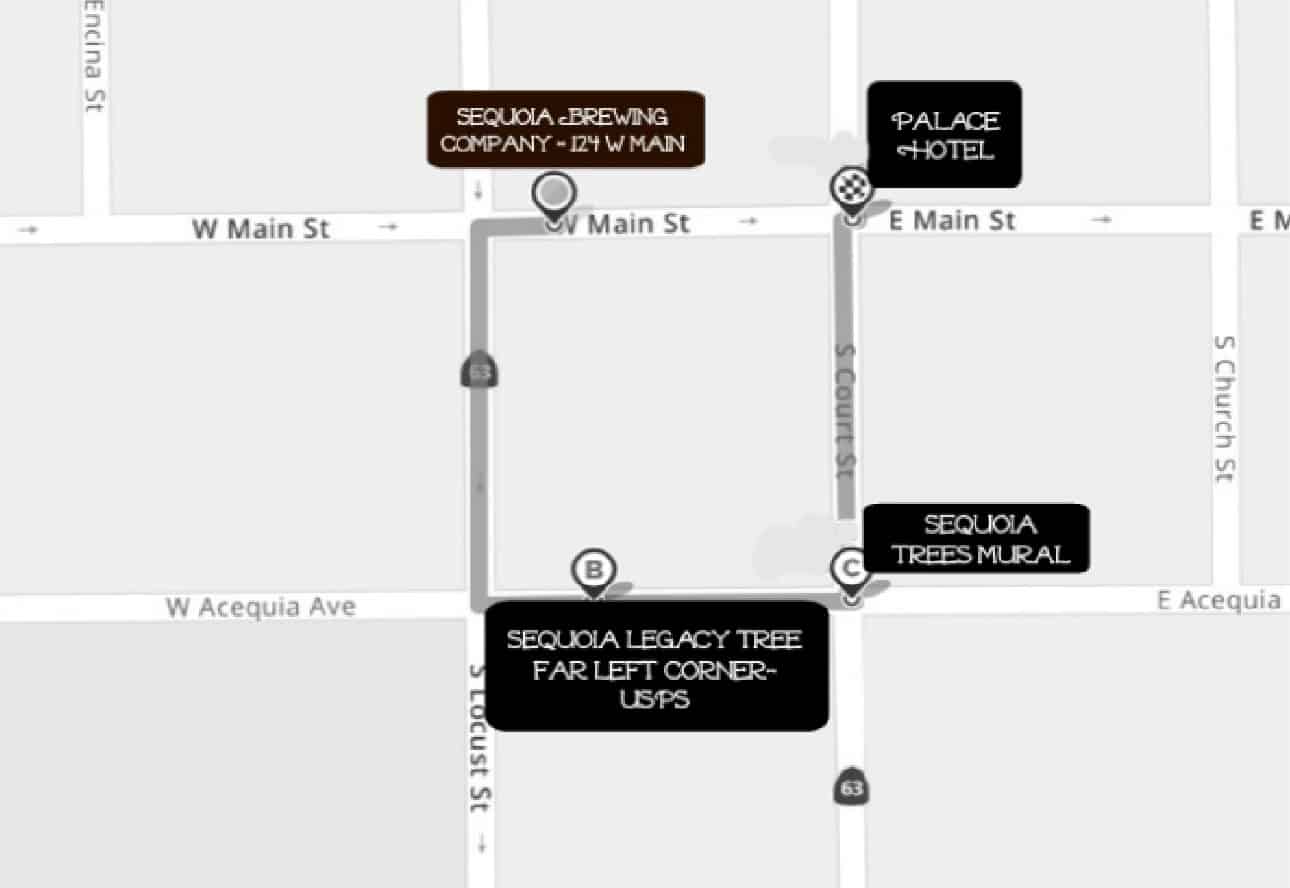 Today you can still view one of the Sequoia Legacy Trees. There is a gorgeous park that was created in partnership with many sponsors including the Sequoia Parks Conservancy, Visalia Heritage, and the City of Visalia.

It is hard to believe when you look at the 87-year-old Sequoia Tree compared to the walkway around it that simulates the size of the General Grant Tree’s base.

While there, make sure to check out the historic downtown Visalia Post Office. This art déco building is well worth visiting. From the marble floors to the art deco design. You can also see several nature motifs throughout the building including an eagle, plant, flower, and sunrise. 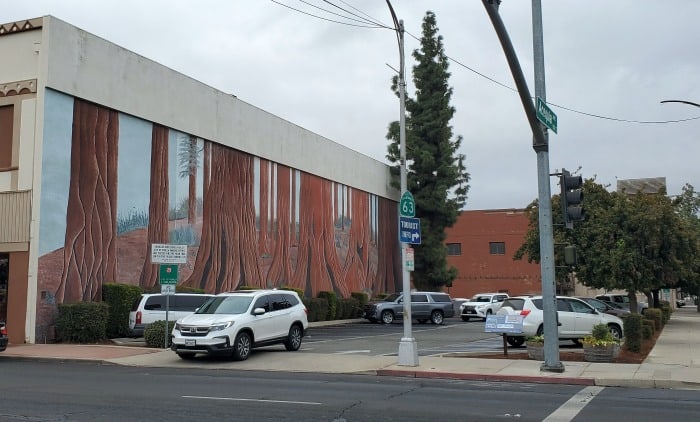 Don’t miss the epic Sequoia Tree Mural at the corner of Acequia Avenue and Court Street. This is a great place to take a family photo to remember your time visiting the big trees of California. 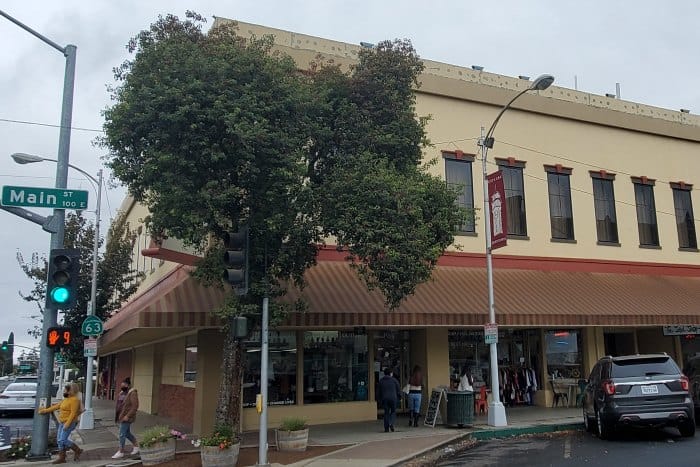 The Palace Hotel was built in 1876 in the heart of Downtown Visalia. This hotel played a part in the creation of the National Park Service.

It was considered the finest hotel outside of San Francisco. It was here that Stephen Mather met up with 15 influential men to spend two weeks on what is now known as the Mather Mountain Party.

Over two weeks these men would trek through Sequoia National Park and summit Mt. Whitney. During their expedition, they noticed the lack of oversite and governing of these beautiful lands. 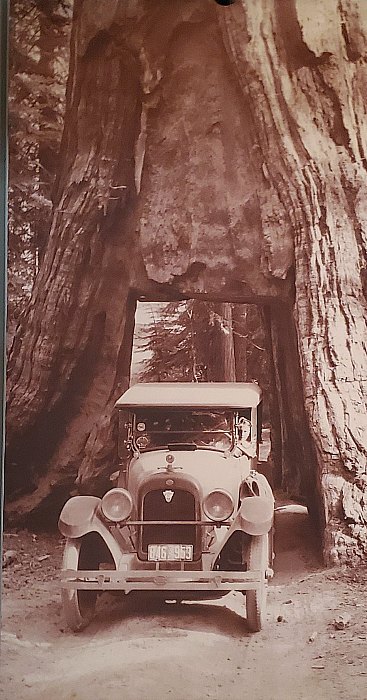 One of our favorite Downtown Visalia Restaurants is the Sequoia Brewing Company! How can you go wrong visiting a brewery that is home to the General Sherman IPA!

This is one of our favorite National Park inspired beers! Don’t miss the historic photos on the walls of the brewery showcasing Sequoias.

Do not miss the pretzel bites! We order two orders so we can have one to enjoy the next day while exploring the park. My other favorite is the Frisco Flat Burger!

I keep meaning to try new things on the menu but these are so good I haven’t been able to stray to something new. 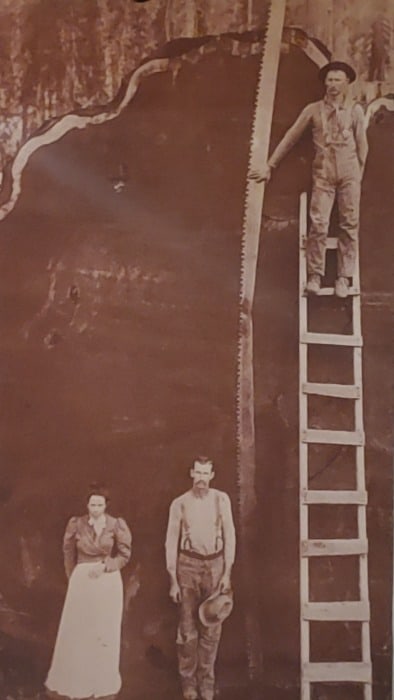 Visalia makes a great hub for those who want to explore California National Parks and the biggest trees on earth yet would like a hotel to sleep in and great restaurants to eat at.

Currently, the Visalia Visitor Bureau has a sweet deal where if you book two nights of hotels in Visalia between now and 12/31/20, you get a $50 gift card. That's a sweet deal!

Things to do at Sequoia National Park