Hohokam Pima National Monument in Arizona is one of the 423 National Park Service sites in the United States but it is different from any other park site you may try to visit. 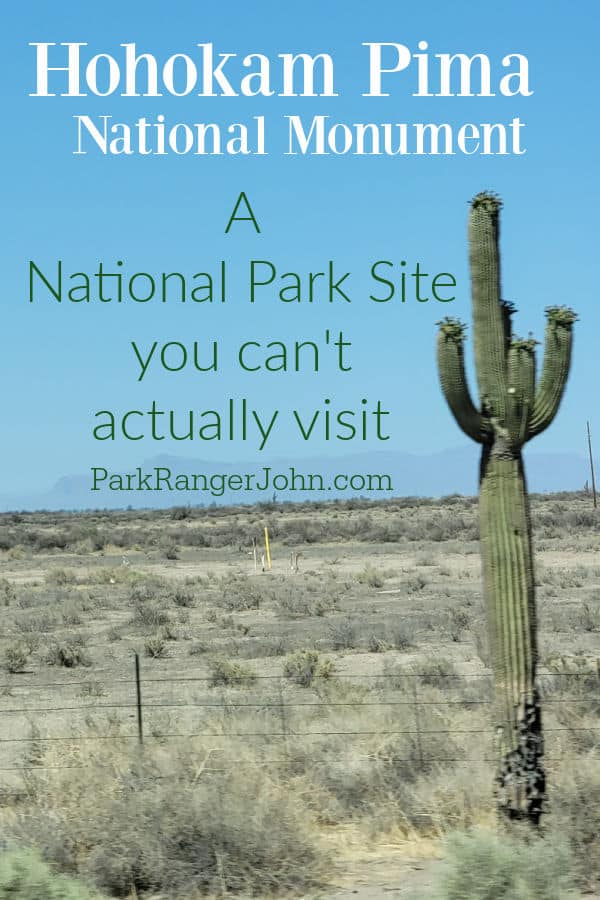 Here's the thing with Hohokam Pima NM it counts as one of the 423 park sites if you are trying to visit every park BUT you can't actually visit the park.

I know that sounds a bit crazy but hear me out on this. The monument is located within the Gila River Indian Reservation near Sacaton, Arizona.

The land is protected by the reservation and not open to visitors. There is no public access to the Hohokam Pima National Monument. The Gila Indian Tribe is protecting this extremely sensitive area.

That being said if you drive along Interstate 10 you will travel directly through the monument.

The interstate passes through the park near Mile Marker 170 where the Goodyear Road Crosses you will be in the park.

To learn more about the Gila River Indian community you can visit the Huhugam Heritage Center located in Chandler, Arizona. You can also visit the Arizona State Museum in Tuscon.

We were unable to visit the Huhugam Heritage Center due to the museum being closed for expansion and renovations.

Hohokam Pima NM was established by Congress on October 21, 1971, to protect an ancient Hohokam village that was known as "Snaketown".

Snaketown was a Hohokam village that is believed to have been inhabited from around 300 AD to around 1200 AD.

There may have been as many as 2,000 inhabitants living in this ancient village.

During the 1930s the land was excavated by the Gila Pueblo Foundation. They again returned and excavated more of the area in the 1960s.

After the excavation in the 1960s, the land was backfilled to protect it for future research. This backfilling left nothing visible above ground.

When the area was excavated they discovered that the Hohokam of southern Arizona was one of the main cultural groups of the Southwest.

Through the excavations, they discovered that the Hohokam people lived in what is considered an "urban style" of living.

Snaketown provided evidence of the “urban style” of living the Hohokam culture embraced with its central plaza, two oval-shaped fields surrounded by pit houses, an elaborate irrigation system, crematoriums, and places for inhabitants to produce pottery and jewelry.

One thing we found fascinating is the extensive irrigation canals that passed through Snaketown and fed water to nearby fields.

These canals enabled residents to grow beans, maize, squash, corn, cotton, melons, and other fruits. The irrigation canals traveled up to 10 miles in length and were on average 10 feet deep and 30 feet wide.

It is amazing to think they were able to create woven mats that they used to dam the water and channel/control the flow of the water. 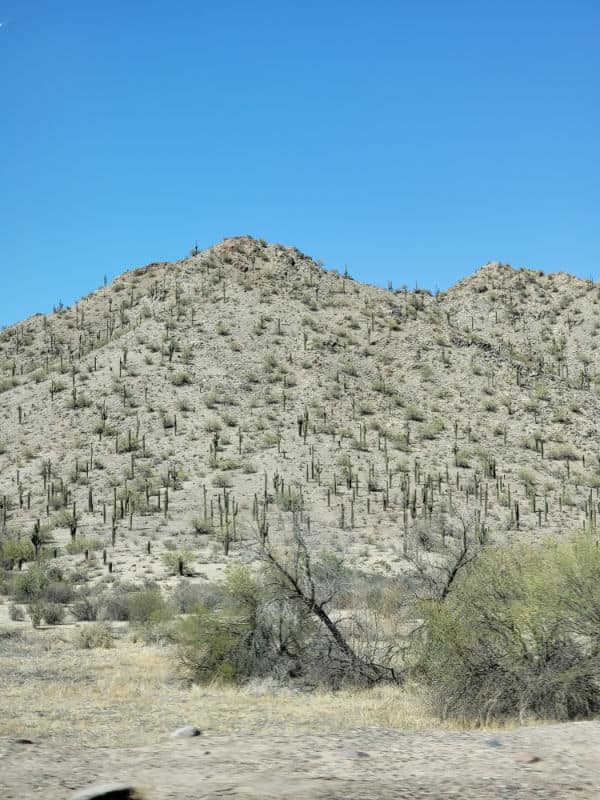 Photos are from right off of I-10 in the area that we are pretty sure is the park from looking at boundary maps online.

Things to know when planning to visit Hohokam Pima NM

There is no Visitor Center

There are no hiking trails

There is no National Park Passport Stamp available

The National Park Service website barely mentioned this park. You can find 1 page of information here.

There is no public access to the Hohokam Pima National Monument. The majority of this park is located on the Gila River Indian reservation.

Check out all of the US National Monuments managed by the National Park Service.