It is hard to believe that the Great House has survived the heat and dryness of the desert for so long. 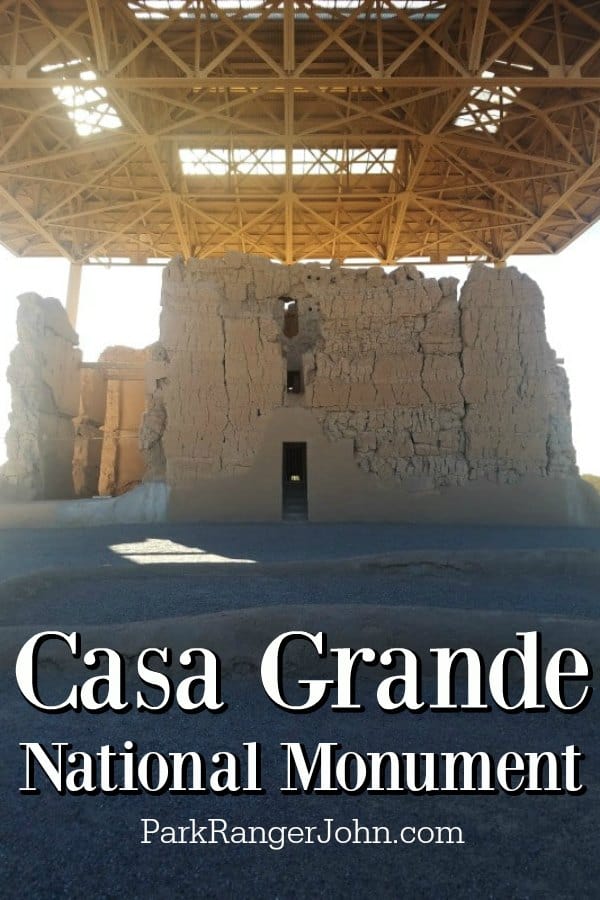 Casa Grande means Great House and that truly is what it was in years past. It is believed that the great house was completed in 1350.

Years of souvenir hunters and visitors damaged the site until in 1892 Casa Grande became the nation's first archeological reserve. 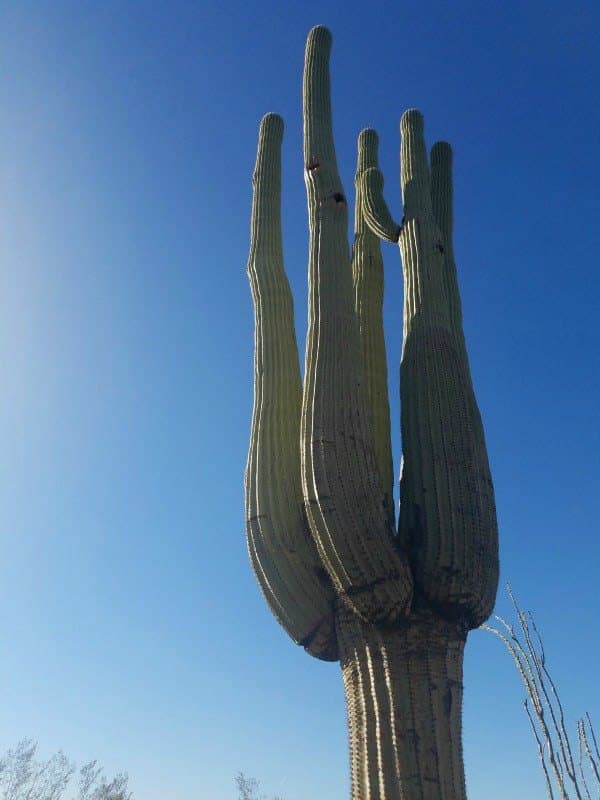 Be prepared for hot dry weather during your visit to Casa Grande. There is some shade from the roofs protecting the structure but it is still super hot depending on the time of year you visit.

There is a grocery store right across the street that is great for picking up water and snacks.

There is a shaded picnic area within the park that you can use to enjoy a break from the sun. The visitor center is filled with great interpretive information and museum pieces.

Make sure and check out the park movie Casa Grande: House of Many Stories for a great look at what life was like at Casa Grande.

Give yourself at least an hour to visit the park and explore the ruins. I would highly suggest going early in the morning if possible to miss the heat of the day.

The ruins of Casa Grande have been written about by explorers as long ago as the 17th century. Built by Sonoran desert people who have come to be called the Hohokam.

At the height of the Hohokam civilization, they established trade routes,  dug hundreds of miles of wide-scale irrigation farming canals for their crops, created jewelry and pottery, and used natural soil material called caliche to erect buildings like Casa Grande.

The main part of the National Park Service visitor center building with the adjacent parking lot and entrance road and a new steel shelter roof over the Casa Grande was completed in 1932.

All of these structures remain in use today and are now listed on the National Register of Historic Places. 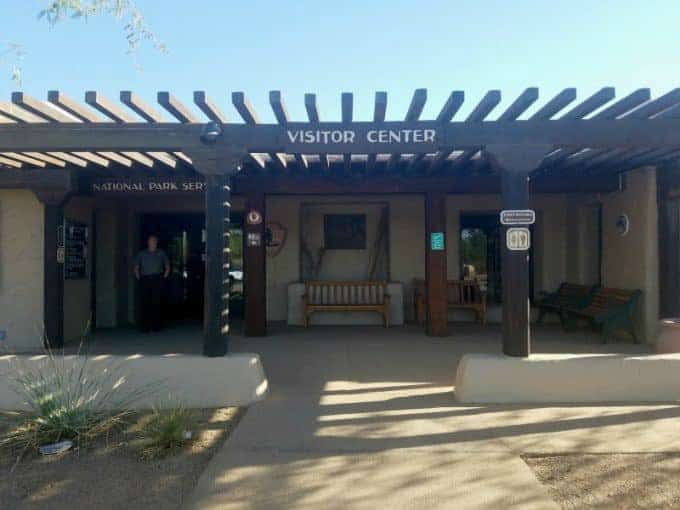 When you enter the park you enter the visitor center. Give yourself enough time to watch the 22-minute park movie Casa Grande: House of Many Stories and check out the interpretive panels. 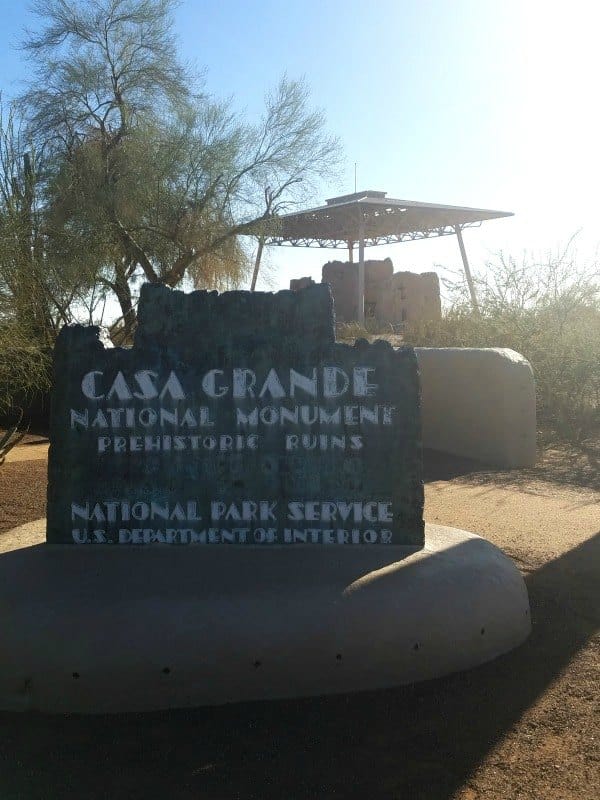 Take the self-guided walk around the ruins

Be prepared for the heat when you take the self-guided walk around the park.

One hour guided tours are offered from late November through early April, as staffing permits. Please call the day of your visit for tour schedules.

The big house is a four-story ancient structure 11 room main building whose original function is still unknown. You can also see an ancient court where a type of ball game was played and the remains of other building walls. 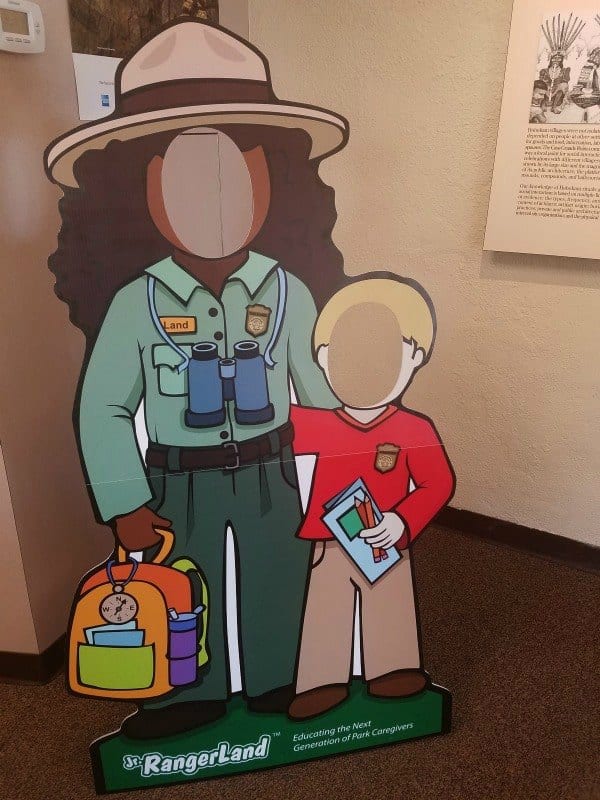 We try and do the Junior Ranger programs at every park we visit. They are a fantastic way to dive deeper into the park and learn more about it.

You do have to visit the park to earn a Casa Grande Junior Ranger badge. 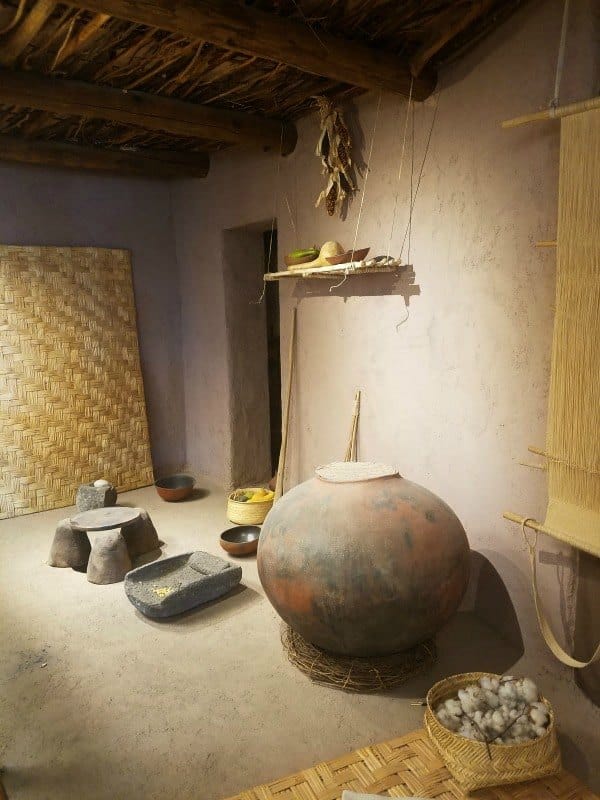 The park is in Coolidge, Arizona, about an hour-long drive from either Phoenix or Tucson.

From Interstate 10 take the Coolidge exits and follow the signs to the park entrance.  The park is across the street from the grocery store.

The park is closed on Thanksgiving, Christmas and Independence Day.

The entrance fee receipt is valid for seven days and is non-transferrable.  Check out the US National Park Passes that you can use for entrance. 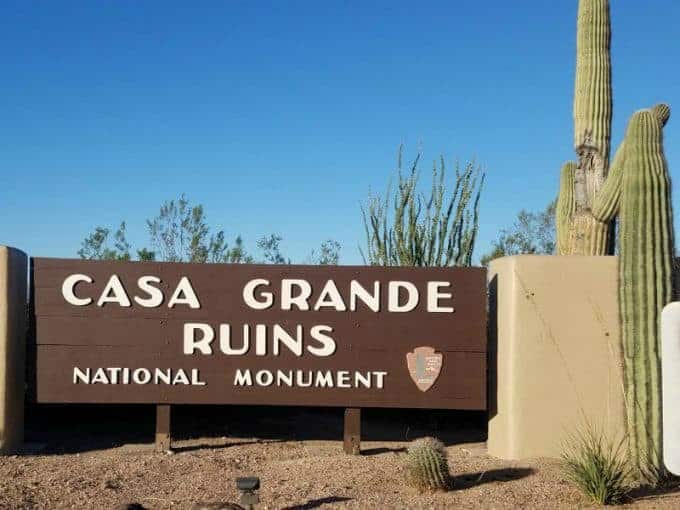 I love that visiting Casa Grande and other park sites is listed as one of the top things to do in Arizona with kids!