The Guadalupe Mountains National Park are outlandish. It is hard to believe that a single gigantic piece of an ocean reef could have become stranded on the dry flats of west Texas; yet here the mountains stand, mile-high remnants of a vanished sea, thrust bodily upward from deep beneath the desert where they had lain buried for longer than 100 million years.

That this forbidding limestone outcrop supports a richly varied community of life is surprising. Yet wildflowers burst from rocky hillsides in springtime like bright pins from a pincushion. Chipmunks scurry among ferns and pines all summer, and the foliage of aspen, maple, oak, and ash colors the autumn. Deer browse and mountain lions stalk year-round, and an abundance of birds fills the air with song. 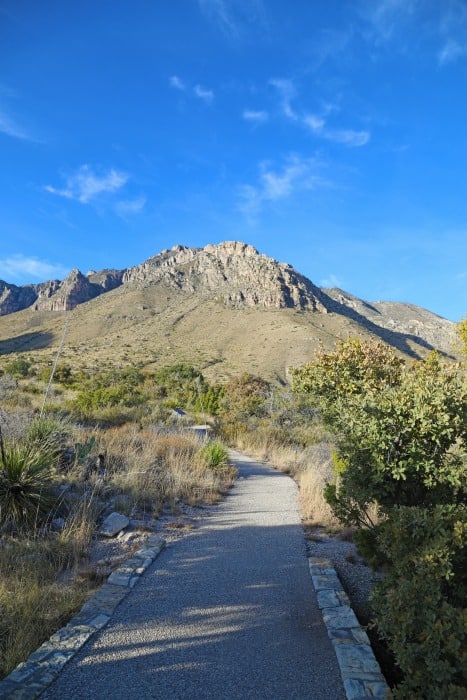 It is not so surprising, given the isolation of the place and the harshness of the desert around it, that the history of the Guadalupes is dominated by the sagas of desperate people. Foraging nomads, renegades, treasure hunters, bandits outlaws, all have found refuge in this isolated bastion. Few, however, left enduring traces of their passage. There are signs of Indians who hunted bison and mammoth as long as 10,000 years ago, but so subtle are they, like the whisper of a moccasin on pine needles, that only a keen and knowing eye will find them. Even a comparatively recent stagecoach station, once surrounded by stone walls, has been reduced to remnants. The Guadalupes hold their secrets well.

Make sure to check out my Things To Do Guadalupe Mountains National Park Post to help you plan your visit.

The range forms a great V, the arms extending northward into New Mexico (Carlsbad Cavern lies beneath one of them). Looking southward from the point of the V is the sheer face of El Capitán. At 8,085 feet (more than 2,000 of them straight up), this great ocean-built rock is not the highest mountain in Texas, that title belongs to nearby Guadalupe Peak, but it is certainly the most dramatic. For more than 50 miles you can see it shimmering in the desert heat, a monolithic landmark guiding travelers to a rich and rugged oasis. 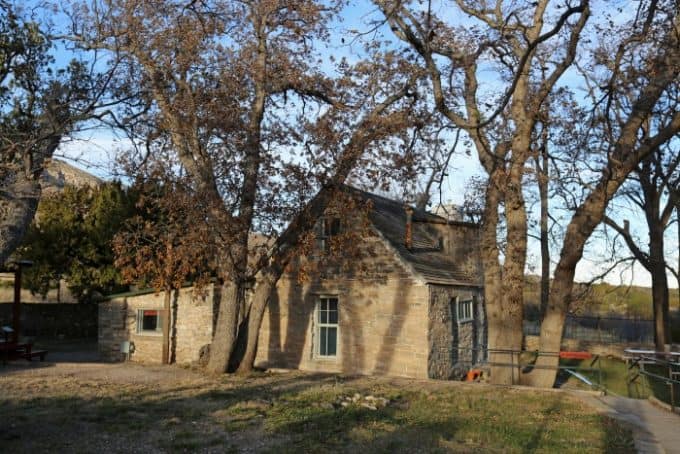 The Capitán reef
Most of the fossil reef of which the Guadalupes are a visible part still lies buried thousands of feet deep. Seen on a geologist's map, the reef is a long, almost-complete oval defining the shoreline of a shallow sea that once covered 10,000 square miles of what is now Texas and New Mexico. That was some 230 to 280 million years ago, long before birds, mammals, or flowering plants had appeared on earth.

The climate was warm and humid. Low hills rimmed the horizon, but otherwise the land was flat, and water lapped gently along the shore. Lime-secreting algae flourished in the sea, and as they died, their remains were washed shoreward, where they accumulated. Living algae began to inhabit the limy mass, gluing it together with their own secretions. Other kinds of primitive ocean life lived on the reef, and with the help of minerals precipitated from the water, their bodies were incorporated in its fabric. With the infinite patience of nature the structure grew upward and seaward until eventually it was more than a mile wide and hundreds of feet high, its top just below the water's surface.

The two sides were distinctly different. On the steep seaward side, where waves constantly tore at the reef, great chunks of limestone were broken off; they rolled down the slope into deeper water, creating a layer of rubble, or talus. On the shore-ward side, where shallow lagoons formed, slow-moving streams deposited sediments, and so the lagoon floor remained almost level with the growing reef. 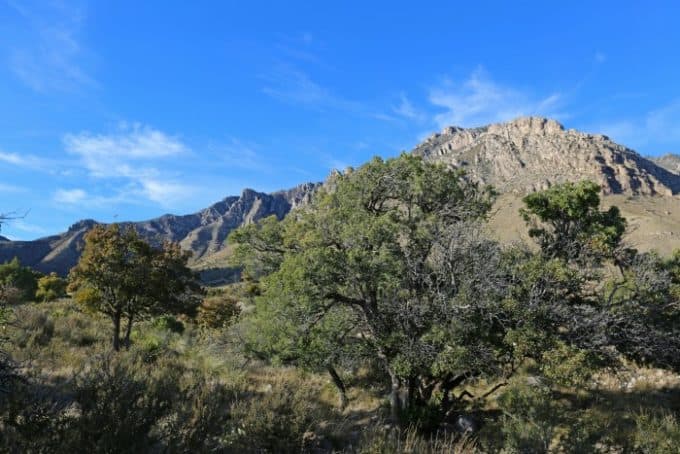 As the climate changed, the streams dried up and the sea level dropped. The lagoons became stagnant and salty; gypsum, salt, and other sediments built up at a faster and faster rate until they were completely filled in. Meanwhile, the sea itself had receded, leaving the reef high and dry, no longer alive, its steep slope coated with salt. After a few million years, the seabed, the lagoons, and the reef between them were all buried beneath a flat plain. And so they remained for more than 100 million years, entombed beneath layers of rock and soil that eventually reached a depth of thousands of feet.

Some 10 to 12 million years ago a great shifting of the earth's surface took place, part of the ongoing process that had begun with the upheaval of the Rocky Mountains. The basin that had held the ancient sea was tilted and uplifted. The Capitán reef was cracked and fractured in places, and one 40-mile-long piece of it, the part that we call the Guadalupe Mountains, was exposed. On the southeast, which had been the seaward side, the Guadalupe ridge marks the dividing line between the soft deposits of the seafloor and the harder limestone reef. On the west, where the reef was sharply broken in the upward thrust, limestone palisades rise almost a mile above broad salt flats.