Located in Grand Teton National Park, Mormon Row is one of the most photographed spots in the park. Learn more about the history, how to get to Mormon Row and what to expect. 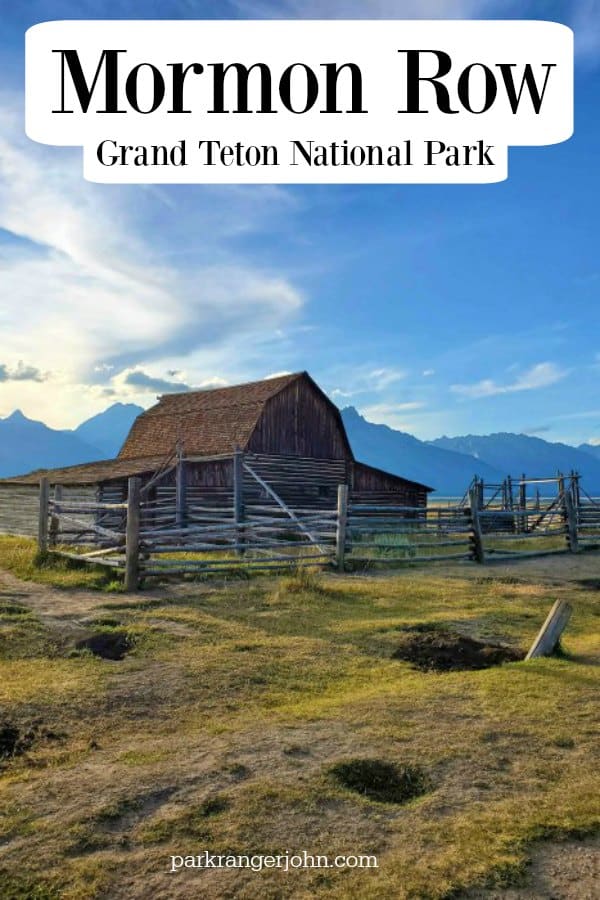 If you have been asking where is the barn I have seen in so many photographs of Grand Teton here is the answer! 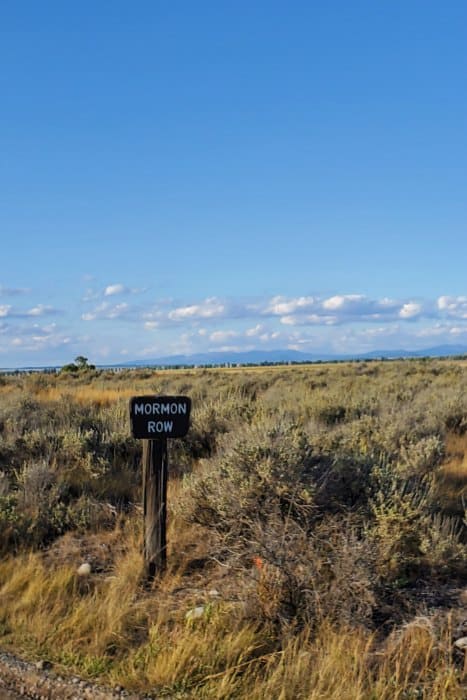 There are several thoughts as to why the Homestead Act was signed into law including the 19th. Century concept of Manifest Destiny, a concept of U.S. territorial expansion to control the destiny of the United States from coast to coast and to spread progress and democracy to uncivilized regions.

Leaders of The Church of Jesus Christ of Latter-day Saints sent parties from Salt Lake Valley to establish new communities through homesteading to support the expanding population.

President Abraham Lincoln signed the Homestead Act on May 20, 1862. The Homestead Act gave citizens or future citizens up to 160 acres of public land provided they live on it, improve it, and pay a small registration fee.

After five years on the land, the original settler was entitled to the property free and clear! The Government granted more than 270 million acres of land under this act. 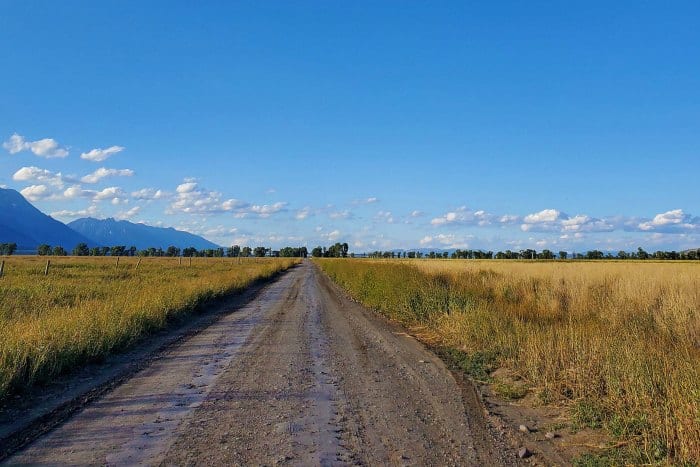 The Mormon Row Historic District in Grand Teton National Park is home to several of the original  27 homesteads in this area. Today park visitors can see buildings from six of these homesteads as well as drive past where the school and church used to be located.

Mormon settlers picked this area as the soil was relatively fertile, Blacktail Butte provided much-needed shelter from the harsh winds and they were relatively close to the Gros Ventre River for access to water for both personal use and crops. 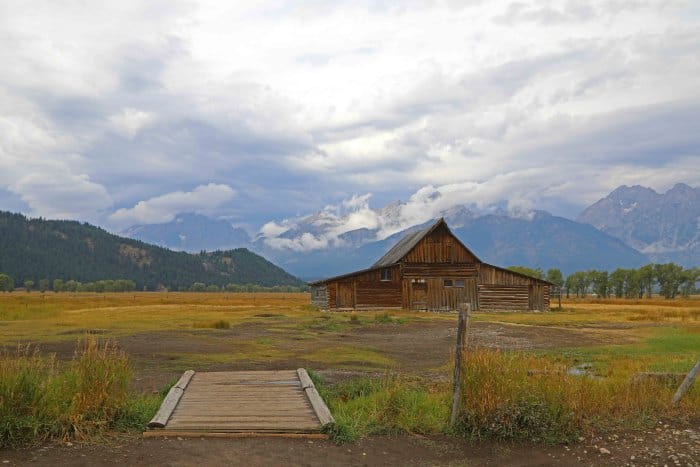 Mormon settlers started homesteading in the area of Grand Teton National Park in the 1890s. This was some of the last areas to be homesteaded due to the harsh conditions of the Jackson Hole area.

The Mormon Settlers broke the mold that traditional homesteaders were of the independent culture. They opted to approach tasks communally including large scale tasks like "Barn-Raising" an event where to whole community got together to help raise a barn for a homestead.

A good Ole Barn Raising did not stop with a few people helping erect a barn, it included the whole family as people that did not work on the barn helped by providing meals for the workers. This really helped create a sense of community like that in Grovont (named by the U.S. Post Office) that we now know as Mormon Row. 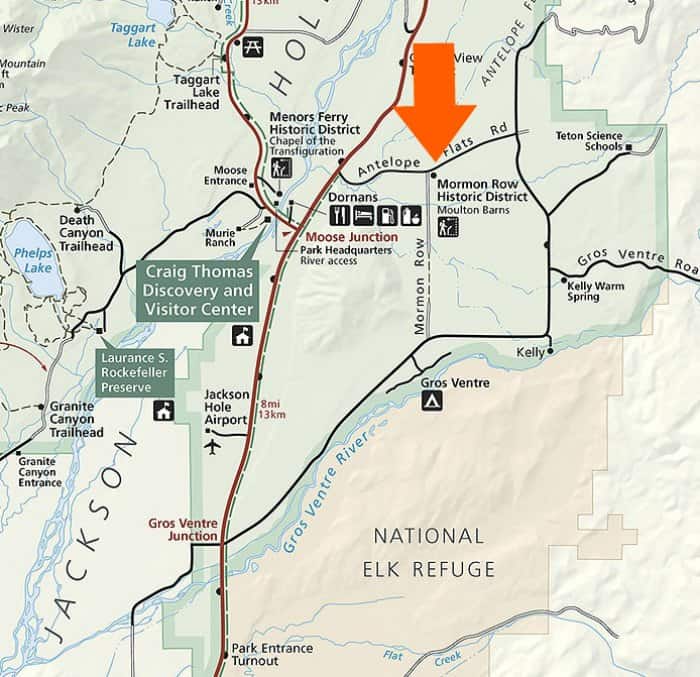 Where is Mormon Row Located?

If you are driving from Jackson, Wyoming drive northbound on  Highway 191. You will pass the Jackson Hole Airport and continue to go North of Moose Junction.

Shortly after passing Moose Junction you will take a right onto Antelope Flats Road. Drive 1.5 miles east until you see a dirt road on the right and the pink stucco house (Moulton Ranch) on the left.

The dirt road can be traveled towards Gros Ventre Campground easily. 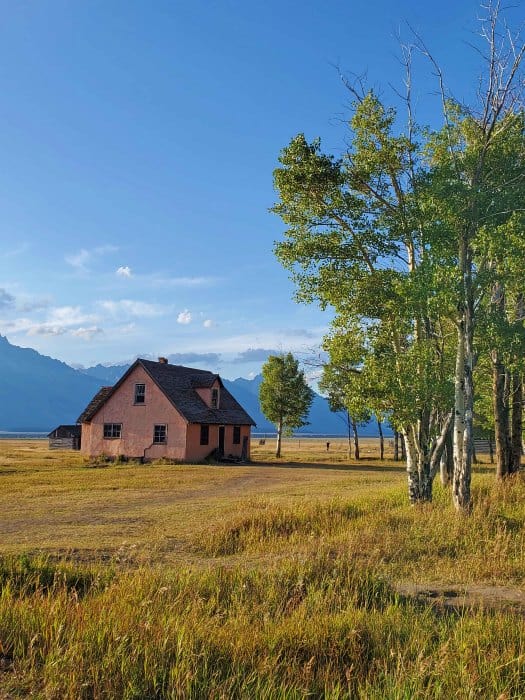 There are two Moulton Homesteads located on Mormon Row and the Moulton Barns is one of the iconic images that park visitors come here to see. The homestead of Bartha and John Moulton is on the Northside of Antelope Flatts Road. Here you will find the Moultons pink stucco house and barn.

The barn on the Southside of Antelope Canyon Road is the only building remaining from the Homestead of Lucille and TA Moulton. The TA Moulton Barn is perhaps one of the most iconic photos of Grand Teton National Park.

This classic photo depicts the Moulton Barn in the foreground and the snow-capped Teton Range in the background. This image alone has attracted photographers from around the world to capture its beauty! 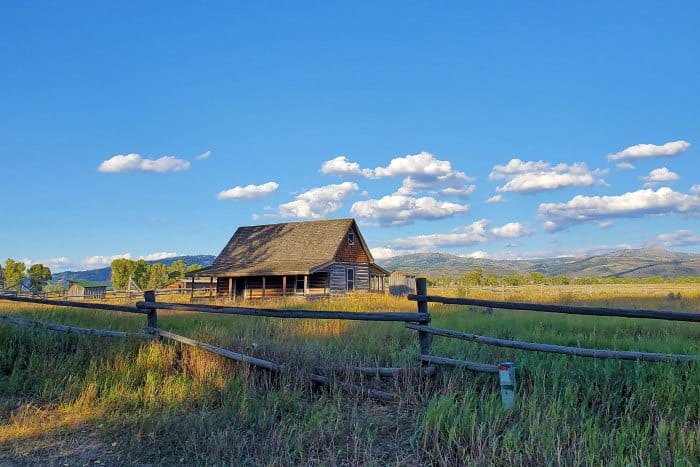 Just past the two Moulton Homesteads is the Ida and Andy Chambers Homestead. Chambers claimed the land in 1912 and is the most extensive historic complex on Mormon Row today.

The Chambers Homestead got running water in 1927 and then electricity by installing a windmill in 1946 which still stands today. This was important as Mormon Row did not get power from the rural electric administration until the 1950s. By the 1950's most of the homesteads had sold their land to the National Park Service.

The Chambers Homestead was added to the National Register of Historic Places in 1990 as a Historic District and then included as part of the larger Mormon Row district in 1997. 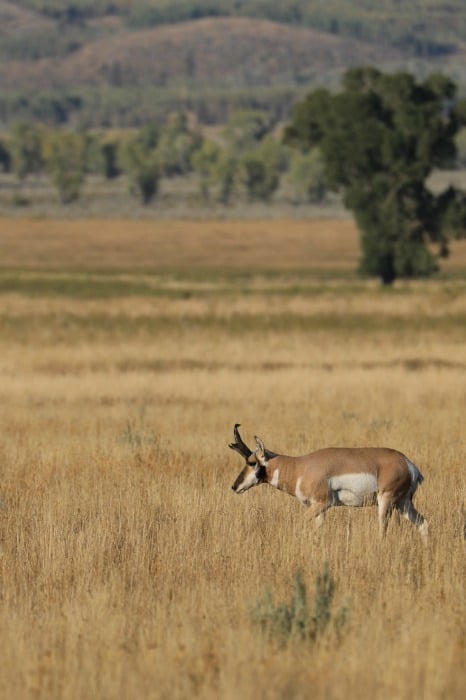 There is great wildlife viewing along Antelope Flats Road. You can see antelope, moose, coyotes, ground squirrels, bison, and possibly bears. This is considered bear country with both Black Bears and Grizzly Bear present in the park.

Keep your camera ready but also always be aware of what else in enjoying the views near you. 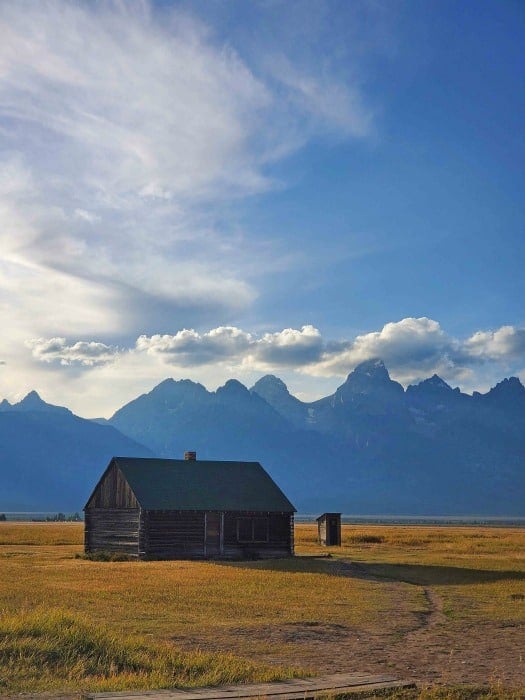 More great information on Nearby Parks

Jackson Lake Lodge - Find out what to expect when staying at the lodge including photos and video.

Things to do in Yellowstone National Park