The eruption of a Hawaiian volcano is one of nature's grandest sound-and-light shows. Like the prelude to a main event, the ground begins to tremble with a series of tremors and earthquakes; then a long, narrow crack stretching across the volcano opens. Incandescent lava spurts out along the length of the crack, forming a curtain of fire that roars like the sound of a jet. After several hours, this dancing wall of flames coalesces into a single, giant fountain, shooting red-hot lava hundreds of feet high.

Suddenly the nighttime sky glows red-orange, as though a new day were dawning. For a mile or two around, it is so bright that one can read without a flashlight or a lamp. Uprushing sprays of lava create a pulsating roar; the tone is deep, like thunder, but more sustained, like a great waterfall's roar. Illuminated by the red light, the faces of human volcano watchers look devilish, and their bodies, silhouetted against the glow, become flat black cutouts. Heat radiating from the eruption can be felt a mile away; up close it is intolerable. Brimstone fumes, from burning sulfur, pervade the air, and the choking, acrid odor can be tasted as well as smelled. Every sense signals that some magnificent and colossal power is on the loose, a power that can create as well as destroy. 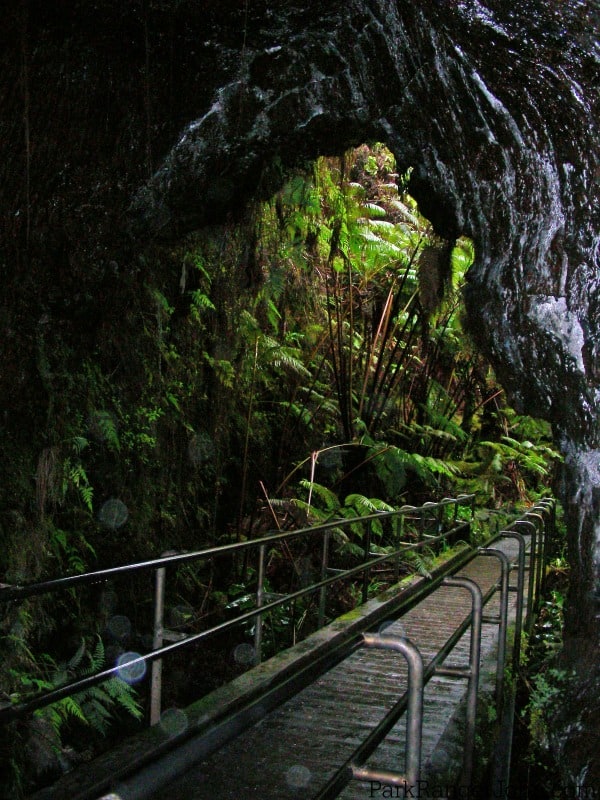 Eruptions like this are not uncommon on the Big Island (this name is used to distinguish the island of Hawaii from the state of Hawaii, which includes all the islands). Looming against the horizon like a pod of whales lolling in the sea, the Big Island is unmistakable because of its four hulking dome-shaped volcanoes: Mauna Kea, Mauna Loa, Kohala, and Hualalai. A fifth, Kilauea, is growing on Mauna Loa's southeast flank, but it is not yet high enough to form a distinct dome. Two of the volcanoes, Mauna Loa and its companion, Kilauea, are within the boundaries of the national park, and both are still active.

Many people are surprised by their first view of a Hawaiian volcano. Instead of the steep, cone-shaped peaks of such majestic volcanoes as Washington State's Mount Rainier and Mount Fuji in Japan, Hawaiian volcanoes slope gently, rising to a pit rather than a point: the giant chasm, called a caldera, the Spanish word for cauldron, looks like a warrior's shield lying face up on the ground. Scientists call these domed mountains shield volcanoes. Their summits collapsed over a long period of time after repeated eruptions spewed out their insides. 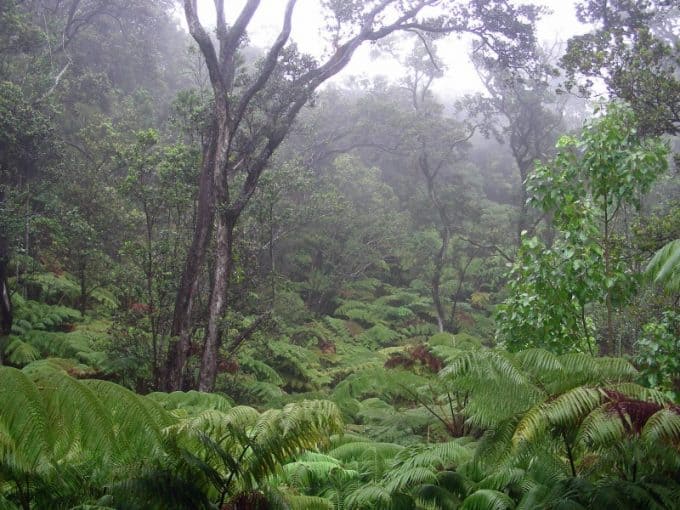 Those who expect to see a high peak and find instead a gaping hole may be disappointed, but any disappointment is short-lived. Atop Kilauea, the most frequently visited volcano, the caldera is awesome. Two miles wide and three miles long, the oval pit is surrounded by jagged, inward-facing cliffs towering 400 feet high. Inside, swirling, bumpy lava rock stretches all about, an unearthly and surrealistic desert. Here and there wisps of steam rise from the ground, disappearing like puffs of smoke into the air. Crusts of yellow sulfur brighten the somber grays, red-browns, and blacks. But what makes the caldera all the more impressive is the sometimes fiery pit within the chasm, a circular crater, about 3,000 feet across and 250 feet deep, in the southern part of the caldera. Halemau-mau, this crater is called; it is the legendary home of Pele, goddess of fire, and the local point of Kilauea's devastating power. It is here, scientists believe, that the main lava pipeline reaches the earth's surface.

Check out these great travel tips for Hawaii Volcanoes NP 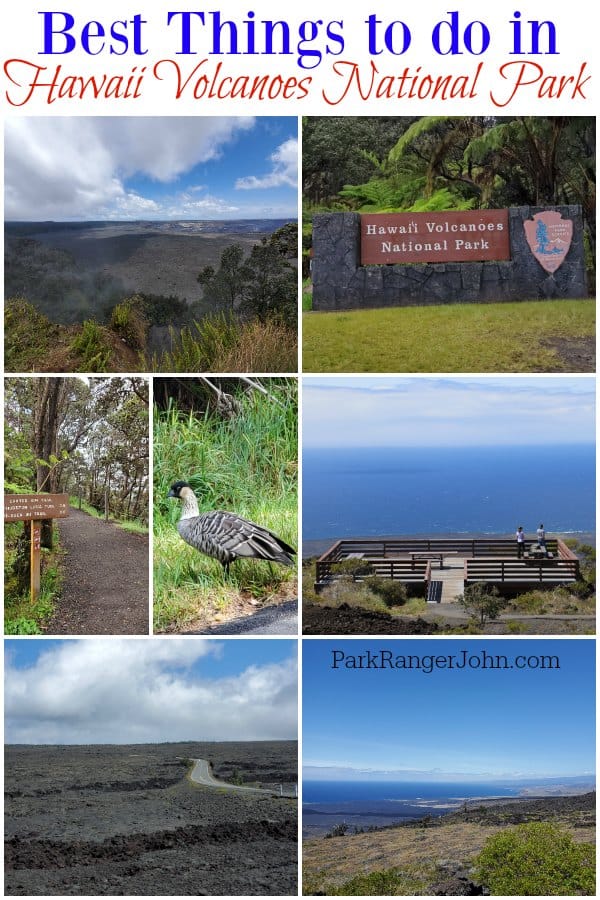 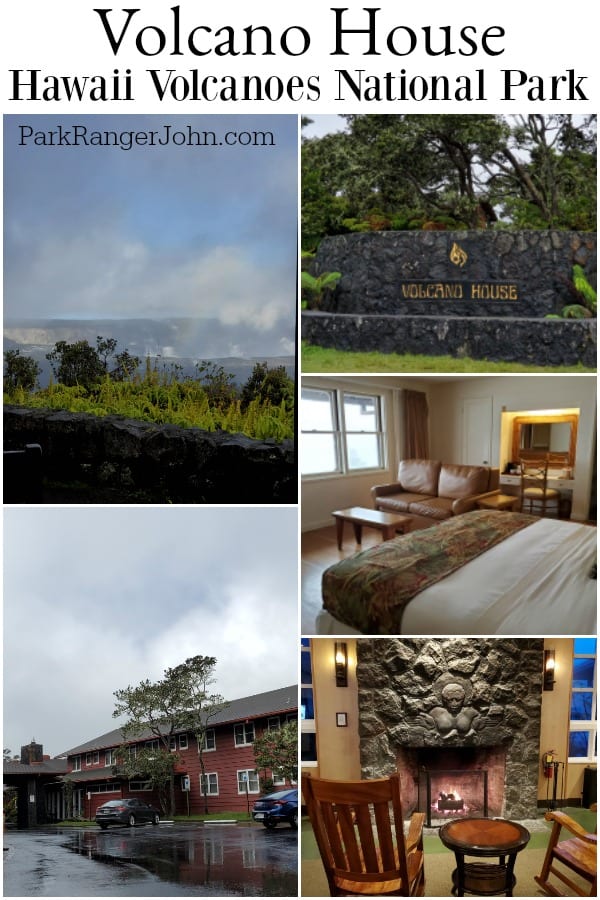 Volcano House is the only lodge within the park. 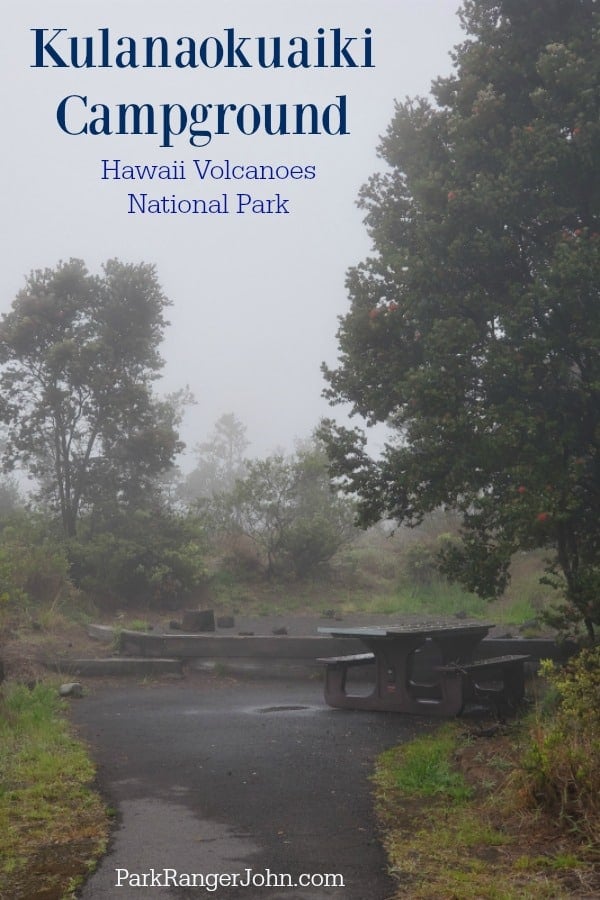 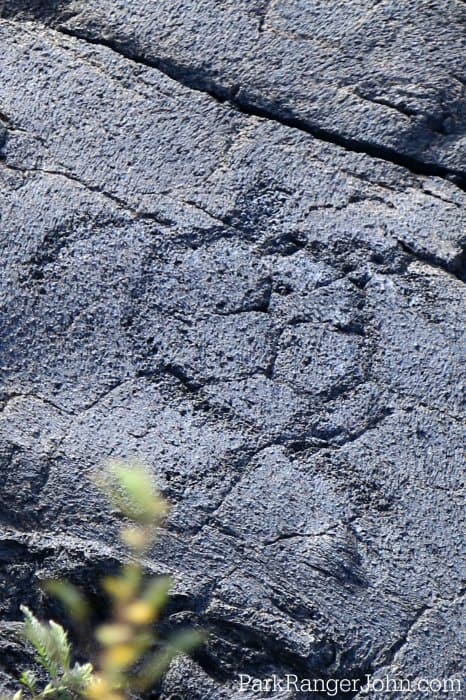