Sunrise comes early to the summit of Haleakala National Park , the magnificent dome-shaped volcano towering over the island of Maui. Before the eastern sky has begun to lighten, sunrise watches stand shivering in the cold, foggy air at the crater's rim after having driven up the twisty mountain road from the coast. Cold and drowsiness, however, are quickly forgotten when the first rays of the sun break through the sea of dawn-red clouds, illumining the mountain's splendor.

As the shadows retreat, details in the dark recesses of the crater wall come into view, and a gigantic bowl, filled with strange and unearthly shapes, is unveiled. Dawn here is not just a new day but a whole new world.

Ancient Hawaiians named this mountain Haleakala (pronounced holly-ah-ka-lah), meaning "House of the Sun," and told a legend about how the mischievous demigod Maul tamed the sun. A long, long time ago, there were only three or four hours of daylight because the lazy sun hurried across the sky to return home for a long night's rest.

Since the days were so short, Maui's mother could not dry her fabric, which came from plant fibers, in the sun. She appealed to her son for help. Maui studied the situation and observed that the sun rose over Haleakala by snaking one long beam and then another over the crater's rim, the same way a spider climbs onto a ledge.

So one night Maui took a sack of rope snares and hid in a cave near the summit. As each of the sun's legs appeared over the edge, he threw a rope around it and tied them all to a wiliwili tree. The sun begged to be released, but Maui first made it promise that, if freed, it would always move slowly and steadily across the sky. And so it has done ever since.

Perhaps the sun has settled down, but the rain still needs a talking-to. Its handiwork is most uneven: one side of the mountain is drenched with rain, while the summit and the other side are virtual desert.

Blowing from the northeast, moisture-laden trade winds water Haleakala's eastern flanks, pouring more than 250 inches of rain a year on the dense, jungle-like forests of the Kipahulu Valley, which stretches like a swath of green velvet from the crater's rim to the shore.

By the time the winds reach the peak and cross over to the west, they are nearly drained, offering only light sprinkles to the hardy plants that survive on the parched, arid slopes. Clouds circle the mountain from 4,000 to 7,000 feet like a thick, smoky ring.

Above them, the weather is mercurial: the summit can be calm and brilliantly sunny or stormy with heavy winds and torrential rain. In winter, a dusting of snow sometimes gifts the heights with a thin, white carpet.

Inside the vast crater, which plunges more than 2,500 feet toward the heart of the mountain, the scene is starkly beautiful, a lunar landscape softened by cinder cones and lava sculptures streaked with reds, yellows, and browns. Age for the moment has turned this crater cold, but its contours are permanent reminders that it has been seared by fire and flame. 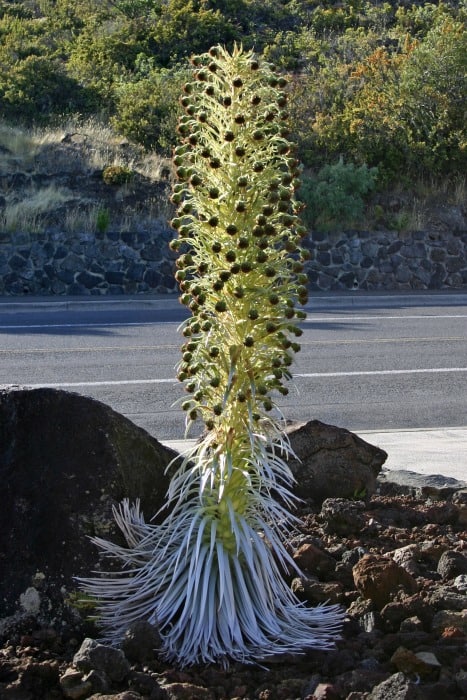 Volcanic islands, such as Maui and the others in the Hawaiian chain, begin life when magma, molten rock that forms in very hot places deep within the earth, rises and forces its way to the surface. Oozing through the earth's crust as lava that soon hardens, this volcanic rock accumulates on the sea bottom like a giant pile of candle drippings.

After millions of years, the mound breaks through the ocean's surface. Continuing eruptions enlarge the island, heaping lava upon lava and building up a peak. Since much of an island volcano is underwater, there is more to it than meets the eye. Haleakala appears to be about 10,000 feet high when measured from sea to summit, a grand height to be sure, but by no means exceptional.

If the ocean were drained away, however, the mountain would measure 28,000 feet, putting it in the same class as the monumental Himalayan peaks.

Top things to do in Haleakala National Park