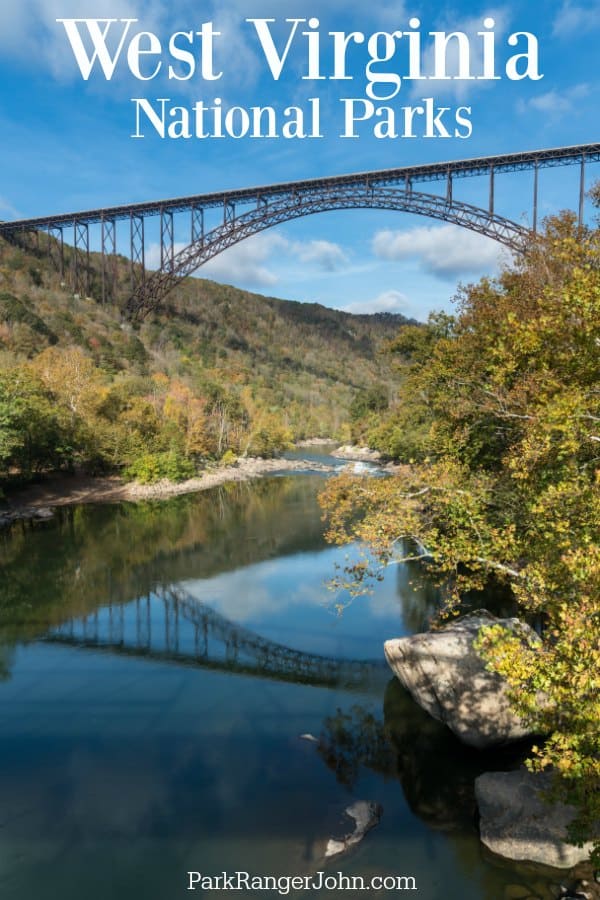 28 miles of the Appalachian Trail passes through West Virginia. The elevation of the trail ranges from 265 feet up to 12oo feet.

The West Virginia portion of the trail is mostly in historic Harpers Ferry, the site of John Brown's Raid and notable Civil War battles.  There is no camping within Harpers Ferry NHP but there are commercial campgrounds nearby.

For more information check out Exploring the Appalachian Trail: Hikes in the Virginias

The Bluestone NSR is located in Southern West Virginia approximately 70 miles southeast of Charleston. The park includes a 10.5-mile section of the Bluestone River.

The Bluestone River is a tributary of West Virginia's New River. The park was named for the bluish limestone of the streambed. You can access the park through two West Virginia State Parks, Bluestone State Park, and Pipestem Resort State Park.

In 1828 the C&O Canal construction was started. Over the next 22 years 35,000 workers many of them immigrants from Ireland and Western Europe dug the canal and built aqueducts, culverts, and locks.

The first five boats filled with coal traveled the length of the canal in October 1850.  At the peak of operation, the canal saw more than 540 boats in service with most of them carrying coal.

Visitors today can see 184.5 miles of the old canal right of way from Georgetown neighborhood in Washington D.C. to Cumberland, Maryland. The towpath has been restored so you can see the path where mules pulled boats.

There are five developed drive-in campgrounds along the canal as well as 30 hiker-biker sites.

The Chesapeake Bay Watershed is the largest estuary in the United States. The National Park Service partners with over 170 sites and trails in the Chesapeake Bay Gateways and Water trails Network.

Visit the Find Your Chesapeake website to find out more about the activities within not only West Virginia but Washington D.C., Maryland, New York, Pennsylvania, and Virginia.

The Upper Gauley River is for experienced kayakers and white water rafters for a large part of the season. The class III-V+ rapids include a steep gradient of more than 668 feet through 28-miles.

The Lower Gauley is still rated as Class III-V but is not quite as demanding. This is not a river to try if you are just learning to kayak or raft. Even with experienced rafting guides, you will need some experience on how to handle the river.

The boating season begins the first weekend after Labor Day and continues for six weekends depending on the water releases from the Summersville Dam.

Harpers Ferry NHP is located in Eastern West Virginia along with Central Maryland and Northern Virginia. The park provides the opportunity to explore a large number of historic sites.

Harpers Ferry is located at the confluence of the Potomac and Shenandoah Rivers. George Washington pushed for the establishment of a federal armory and arsenal that used water power to run the machinery that manufactured weapons.

During the Civil War in 1961, the Confederate and Union armies fought over these weapons and equipment. In 1862, Confederate Major General Thomas “Stonewall” Jackson captured 12,700 Union Troops here.

Visitors can explore the Lower Town that includes the dry goods store, tavern, confectionery, clothing store, and the fire engine house. In the Maryland Heights section, you can view the old Chesapeake and Ohio Canal. 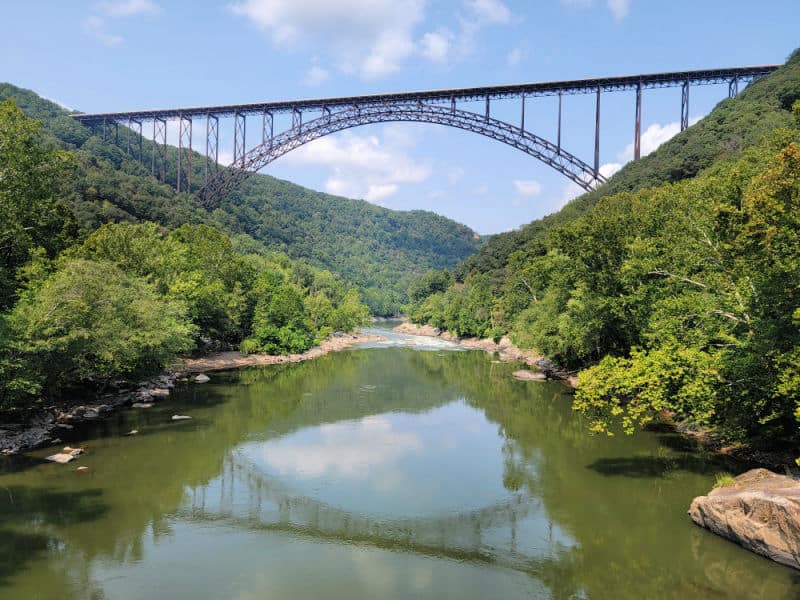 New River Gorge National River is world-famous for white water boating including rafting, kayaking, and canoeing. It is worth noting that the New River flows northward.

The upper river is considered the southern section and features Class I - III rapids. The Lower Gorge below Thurmond is only appropriate for experienced paddlers.

The Lower Gorge includes rapids rated at Class V! There are five primitive campgrounds located along the river.

The sandstone cliffs of New River Gorge are extremely popular for rock climbing. There are more than 1,600 climbing routes most rated 5.9 and higher.

There are 6 National Parks in West Virginia that receive over 1.6 million visitors a year. These visitors produce over $75 million in economic benefits.