Michigan has the second-longest coastline in the country behind Alaska. We have had the opportunity to visit Michigan a few times and have always found ourselves wanting to spend more time exploring. The five National Parks in Michigan offers a little bit of everything from epic landscapes to historical sites. 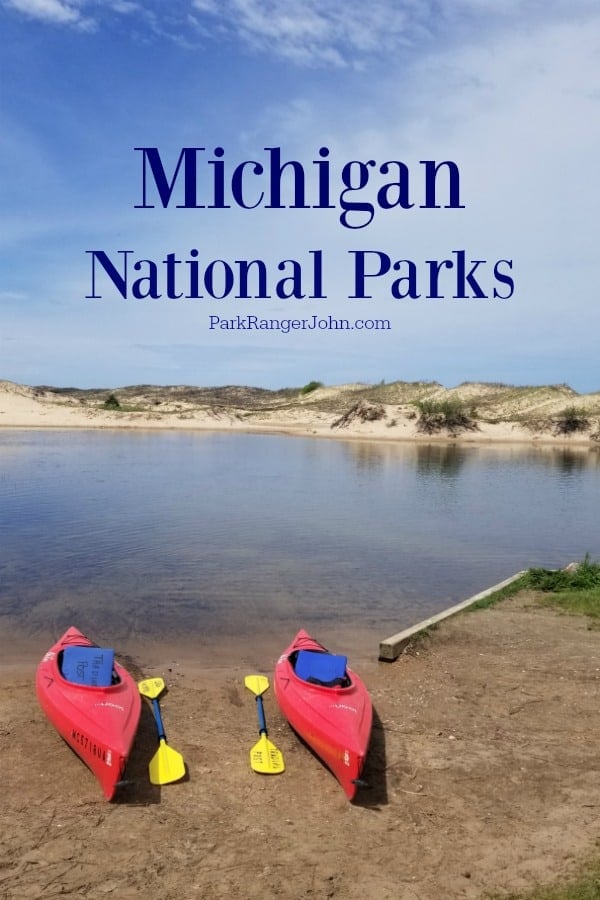 Isle Royale is a 207-acre island in the northwest section of Lake Superior and is accessible only by boat from Copper Harbor or seaplane. Portions are designated wilderness. As the only island National Park, and very remote, it has become a highly popular destination for hikers, paddlers, and scuba divers who explore shipwrecks.

One must plan ahead to visit, as permits are required for any overnight stay. Geologically it is related to Pictured Rocks as another outcropping of the same rock strata. The island also is home to Michigan’s primary moose population, which has been intensively studied since 1934.

All the National Park sites in Michigan, except Motor Cities, have limited use in winter. The Lakeshores and the North Country Trail are good locations for quiet winter sports such as skiing and snowshoeing. However, Isle Royale has no ferries running after October 31, and Keweenaw tours are closed in winter.

Keweenaw NHP is located in northwestern  Michigan on the upper peninsula approximately 200 miles east of Duluth, Minnesota. The park is open from mid-April through October. The park offers the opportunity to tour former large scale copper mines.

The Keweenaw Historic Park celebrates the history of copper mining. High-quality ore has been extracted from this area for over 7,000 years and was transported around the world. Here one can take an underground tour of Quincy Mine, visit several local museums, and also see the Delaware Copper Mine.

The National Park Service works with local Keweenaw Heritage Sites to preserve, commemorate and interpret the importance of the copper mines.

A National Heritage Area is meant to preserve the cultural legacy of an area that has national significance. Motor Cities is designed to showcase the rise of the automobile and labor industries. The organizational address is in Detroit, but the area includes a diverse collection of sites spread over sixteen counties in southeast Michigan.

National Scenic Trails, which now number ten, are long hiking trails designated to showcase the best of the American backcountry. The 4600-mile North Country Trail (NCT) is the longest, spanning seven states, from New York to North Dakota, with Michigan having the most miles, about 1200.

The NCT enters the lower peninsula from Ohio south of Hillsdale and angles west until it turns north near Grand Rapids. It passes through National Forests, State Forests, many parks, and public lands, and also crosses some private land through agreements with owners.

The Mackinac Bridge is a part of the trail, although it can only be walked on Labor Day. The trail crosses the upper peninsula, past the spectacular Tahquamenon Falls, reaches Lake Superior and turns west. It traverses Pictured Rocks and continues west until entering Wisconsin at Ironwood.

Anyone intent on seeing the natural wonders of the upper Midwest should visit Pictured Rocks. The rocks are the angled edge of a layer of pre-Cambrian stone which has thrust through the surrounding sand, producing sandstone cliffs.

Due to the various bands of rock which erode at different rates, fantastic formations have been sculpted by wind and water. The different rocks also contain minerals which leach colored stains, from which the named “pictured” is derived.

One can drive to many areas, with access to the Lake Superior Shore, and inland lakes as well. Backpacking through the park is allowed, with a permit. The park’s 70,000 acres are located between Grand Marais and Munising.

The most spectacular section of the park is bracketed by the formations known as Chapel Rock and Miner’s Castle. To best see the rocks themselves, take a commercial boat tour from Munising.

River Raisin NBP is located in southeastern Michigan approximately 30 miles south of Detroit. The park is open year-round and offers the opportunity to tour the National Park Service visitor center and check out the interpretive walking trails.

During the War of 1812, US troops fought against the combined forces of British and American Indian forces for control of the western Great Lakes region. The British army had control of Detroit early in the war.

American army forces headed north in January 1813 with 1,000 troops to try and recapture Detroit. The January 1813 battles were a terrible defeat for the American forces on the bank of the River Raisin. Of the 1,000 troops that went into battle, only 33 escaped death or capture.

In October 1813, "Remember the Raisin" became the rally cry for American troops as they counterattacked and finally took control of the region.

This is the only National Park site dedicated to the conflicts from the War of 1812. 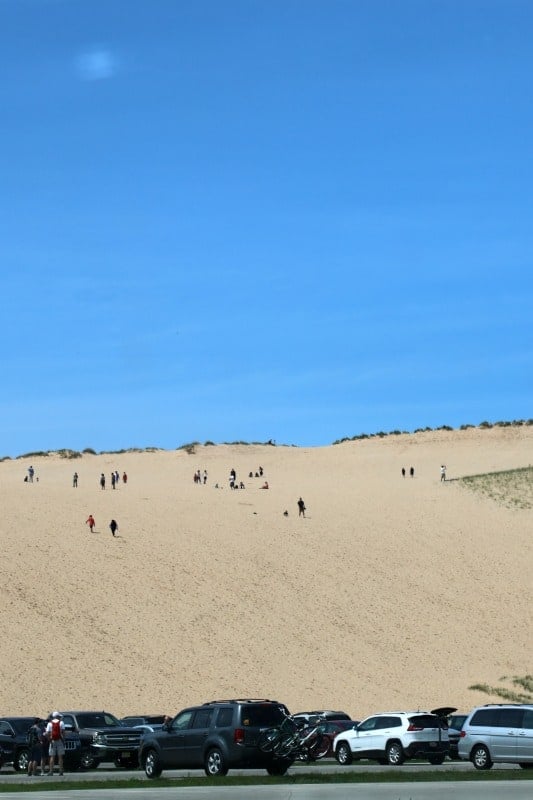 Sleeping Bear Dunes National Lakeshore is home to the largest moving sand dune on earth. Its impressive size defies description until one sees it. The park stretches along 35 miles of Lake Michigan coast.

One can follow the scenic drive, explore the visitor center, hike, camp, or climb the 400-foot-high dune. In winter, skiing is popular. Nearby attractions include lighthouses and a maritime museum.

A portion of the dune appeared, from the water, like a sleeping bear to Native Americans. The 71,000-acre park includes North and South Manitou Islands, visualized as her cubs. The nearest town is Glen Arbor. 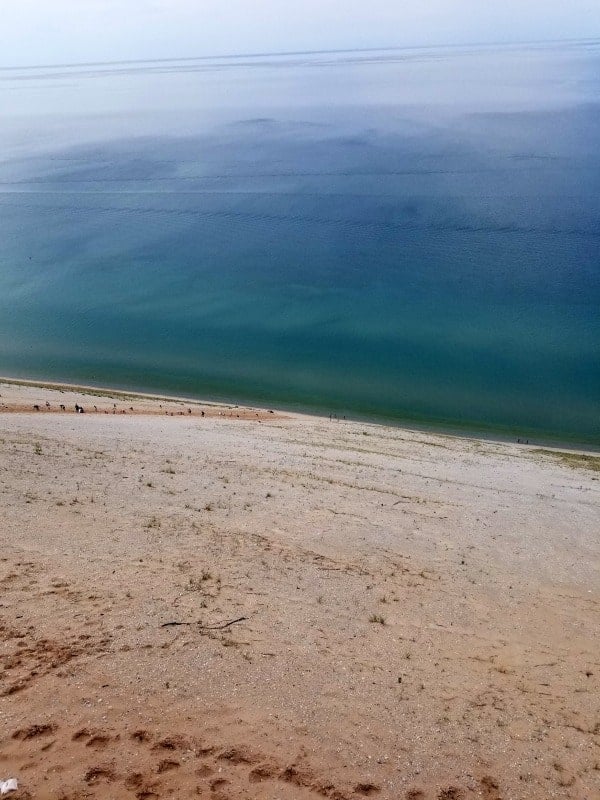