The Wrangell-St. Elias National Park and Preserve is a protected natural area composed of a United States National Park and a Preserve located in southern Alaska, with an area of 13,175,906 acres, the largest of all national parks (larger than countries such as Slovakia, Bosnia and Herzegovina or Costa Rica).

It protects the area of Mount Saint Elias (18,008 feet), the second highest peak in the country. The park is located on the border with Canada and borders another national park, the Kluane National Park and Reserve.

Founded in 1980 by the Alaska National Interest Lands Conservation Act (ANILCA), the park is nearly six times the size of Yellowstone National Park. Within the park, there are three different protected areas; one part is designated as a National Preserve, where the level of protection is at it's lowest.

Here, mining or hunting is allowed. Even today, mines are still operational in parts of the National Preserve. The Wrangell-St. Elias wilderness area is the core zone of the National Park and the largest wilderness area in the US, accounting for ten percent of the entire National Wilderness Preservation System (NWPS). The Bagley Icefield covers parts of the Mount St. Elias and Chugach Mountains, and to the south-east there is the Malaspina Glacier and Hubbard Glacier (the largest tidewater glacier in North America) to the east.

Together with the Kluane National Park and Reserve in the Yukon Territory, the Glacier Bay National Park & Preserve in the extreme southeast of Alaska and the Tatshenshini-Alsek Provincial Park in British Columbia (Canada), the park has been a World Heritage Site since 1994. With a total area of 23,999,863 acres, this protected area is one of the largest in the world. 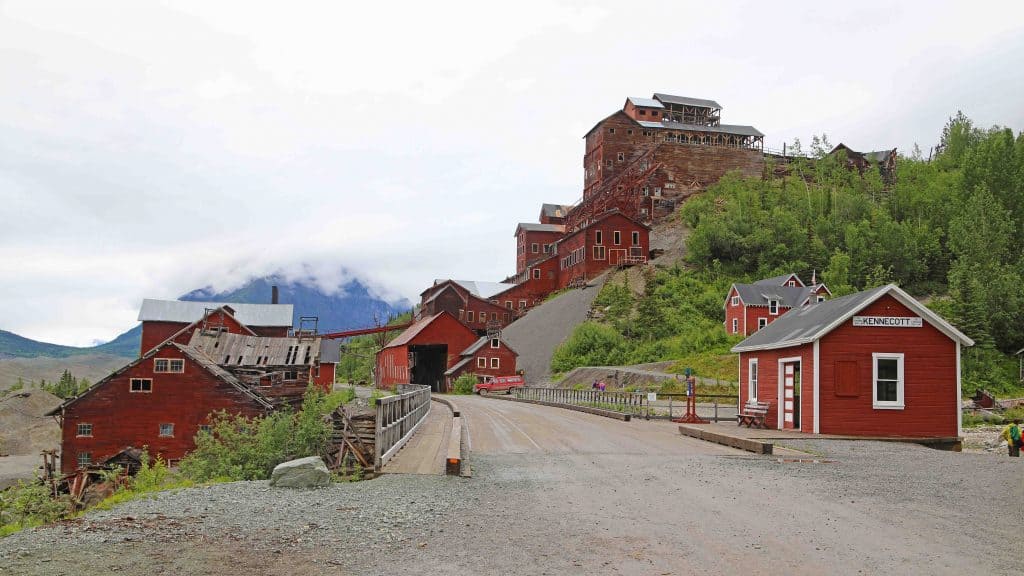 In the park is Kennicott, an abandoned mining village for five copper mines nearby. The Kennecott Corporation began in 1908 with the construction of the mine, which was put into operation in 1911 and quickly attracted large numbers of workers. In 1938, the last mines were shut down.

From there, the so-subsidized copper was transported to McCarthy through the Copper River and Railway to Cordova on the Gulf of Alaska. After the decommissioning of the copper mines and the train traffic stopped, McCarthy became a ghost town.

It was not until the 1970s when the region around Kennicott became touristically accessible and people began to settle again. The ruins of Kennecott Mines have survived to this day and are listed on the National Register of Historic Places. In addition to copper mining, gold was mined at Nabesna in the north.

Check out all the best things to do in Wrangell St Elias NP!

The wildlife of this vast wilderness, untouched by civilization, includes wolves, mountain goats, black bears, grizzly bears, moose, and caribou. In addition, here lives one of the largest populations of the Dall sheep (about 13,000 animals) and two resettled bison herds.

The coastal waters are home to whales, sea otters, seals, and sea lions. About 80 percent of the land area consists of snow, ice and rocks. Due to the harsh climate, dwarf shrubs and grasses occur, apart from the extensive spruce forests in the lower regions.

It is accessible by highway from Anchorage and two gravel roads (the McCarthy Road and the Nabesna Road) run through the park, making much of the interior accessible for mountaineering and camping. There are also charter flights in the park.

The Wrangell-St. Elias National Park and Preserve had around 68,000 visitors in 2017 but is rapidly gaining in popularity.

Check out these Wrangell-St. Elias NP Travel Tips for great information on planning a trip to the park.