Glacier Bay National Park is a national park in the United States, and also a Preserve, located on the coast of Alaska and it is located about 95 miles from the capital, Juneau. The most striking part of the park is a bay in the southeastern part of Alaska. It extends from north to south and from northwest to southeast by about 65 miles and has a width between 3 and 18 miles.

The area around Glacier Bay, southeast of Alaska, was proclaimed a National Monument on February 5, 1925, and later, in 1980 it received the name Glacier Bay National Park and Preserve through the approval by Congress of the "Alaska National Interest Lands Conservation Act". In 1986, Unesco proclaimed the area as a Biosphere Reserve, and in 1992 it was declared a World Heritage Site, within the area known as Kluane / Wrangell-St Elias / Glacier Bay / Tatshenshini-Alsek. 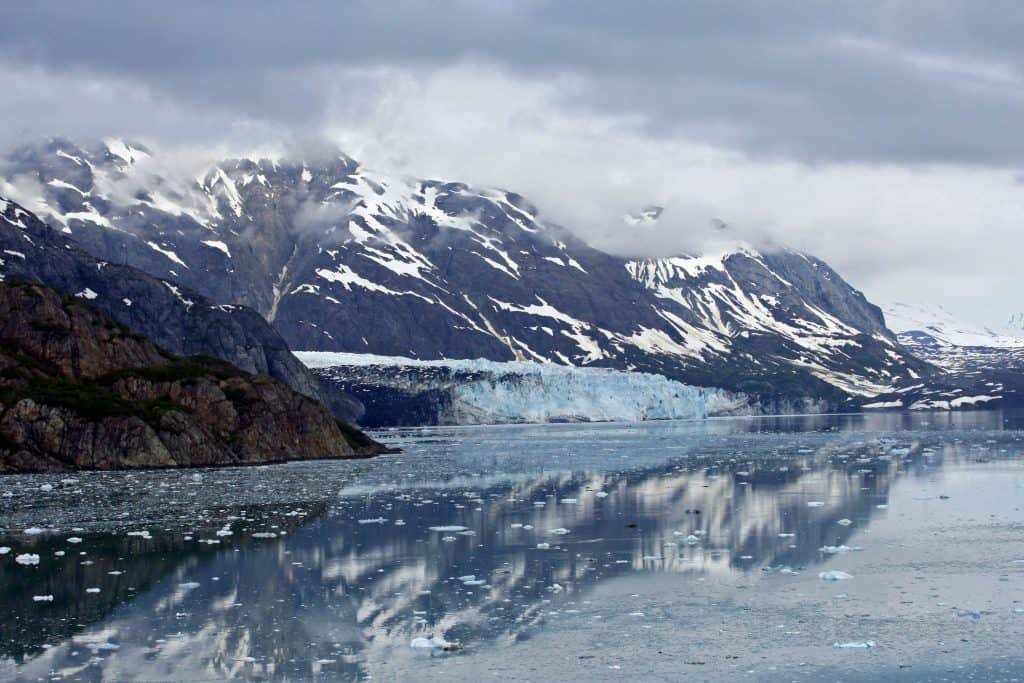 The explorer George Vancouver discovered the Icy Strait, in the south part of the bay, when hitting an ice sheet in 1794. At that time, Glacier Bay was covered in ice completely. In 1879, the naturist John Muir discovered that the ice had retreated from the bay. In 1916 the Grand Pacific Glacier was 62 miles away from the mouth of the bay and in 1992 it joined with Margerie Glacier.

Since then, the Grand-Pacific slowly receded. The lateral edge of the glacier is dry at low tide and the western two-thirds of the ice front (originated from the Ferris Glacier) have an ice speed of 1475 feet per year. By contrast, the eastern third has a speed of only 145 to 180 feet per year (estimate from 1998/1999) and the middle part has an annual withdrawal rate of 33 feet.

The remaining glaciers continue to recede and may eventually disappear altogether. Scientists are investigating the relationship between climate change and the retreat of the glaciers. 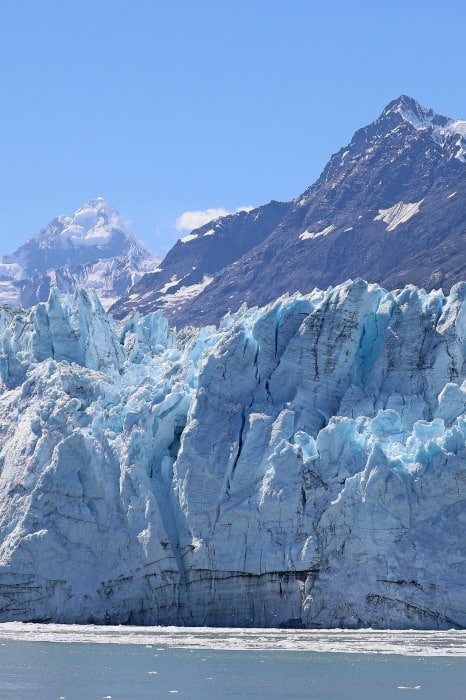 Glacier Bay has sixteen glaciers, twelve of which reach the coastline and detach, forming icebergs. The descent of the glaciers from the snowy peaks to the bay creates one of the best landscapes in the world to observe the creation of these types of icebergs. The most famous glacier in the bay is the Muir glacier that is about 2 miles long and 260 feet thick.

The fjords of Glacier Bay and the rest of southeast Alaska are simply U-shaped valleys that became flooded with saltwater when the glaciers receded. Along with their sides, waterfalls tumble from so-called hanging valleys gouged out by smaller tributary glaciers.

There are no roads that lead into the park and the easiest way to access it is through the ferries of the National Park Service - which arrive through the Cross Sound or the Icy Strait, or you have another option by plane from places like Skagway or Haines. Despite the limited access, because it is mostly by boat and because hiking trails are rare, still, around 380,000 tourists visit the park every year.

Alaska is one of only three places in the world where tidewater glaciers - glaciers that have advanced far enough to reach the sea - exist so it’s well worth taking the time to explore this spectacular wilderness.

Check out these Glacier Bay Travel Tips to make the most of your visit to this gorgeous park!