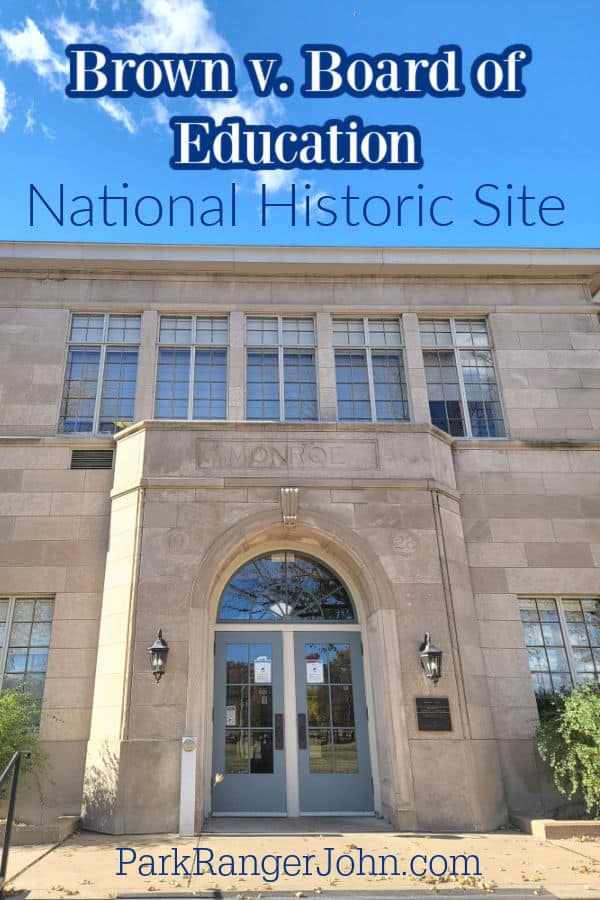 The Supreme Court issued a unanimous decision in Oliver Brown et al v the Board of Education of Topeka et al in 1954.

This case included 150 plaintiffs from multiple states. The Supreme Court ruled that schools segregated by race violated the principle of "equal protection" as established by the 14th Amendment.

This case started the process of dismantling educational segreagation in the United States. This was a huge landmark decision in the struggle for equality and justice by African Americans.

The case was a combination of five cases from Virginia, Delaware, South Carolina, Kansas, and Washington DC. The case looks like as single case for an African American girl who was barred from attending an all-white school in Topeka, Kanasa but it was combined with cases from the other states.

The legal team was headed by Thurgood Marshall who would later become a Supreme Court justice in 1967.

Monroe Elementary School was a school for African American students in Topeka, Kansas. 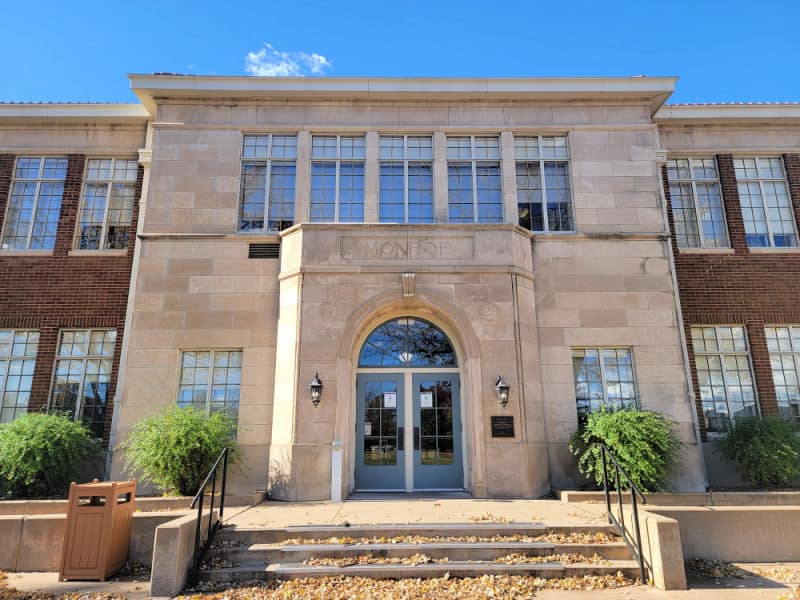 The visitor center is the park in many ways. When you enter the building there is a small park store and a ranger sitting at a table available to answer any questions you may have.

The park is inside of an old school so exhibits are in different classroom areas. Each classroom has a different focus but they all tie together with a focus on equality.

While at the park you can watch the 30-minute film Race and the American Creed. One thing to know about the video is it is broken into segments and short stories. You can watch one segment or sit through all of them. 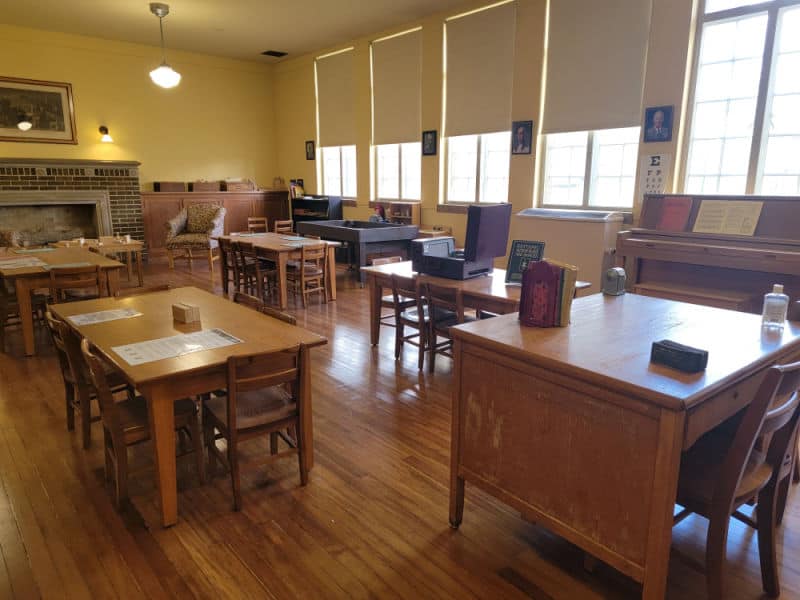 This is a park that you can spend an hour at or spend half a day watching each of the different videos in each classroom and reading all of the interpretive panels.

There is a ton of information available within the park. 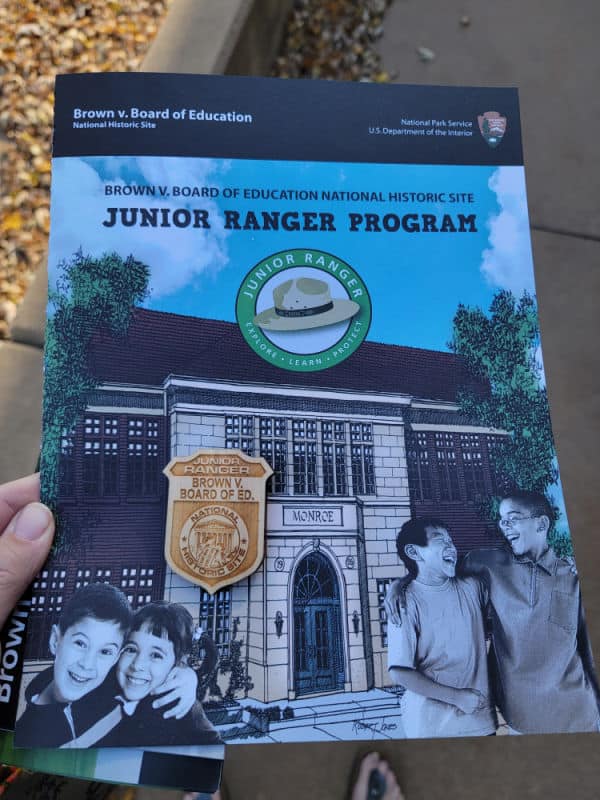 The Junior Ranger Program can be completed while in the park. It guides you through the different areas of the park. 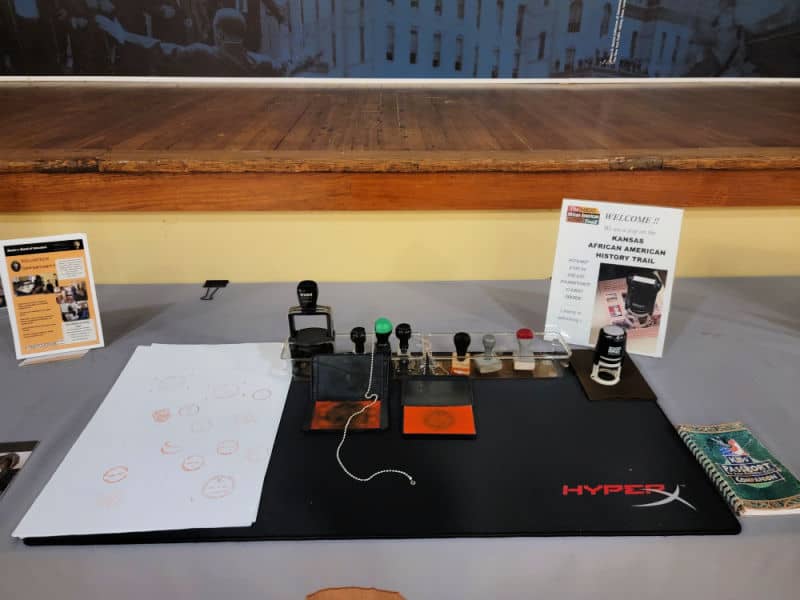 The passport stamps were in the large auditorium during our visit instead of in the bookstore.

The park has a couple of different stamps available. 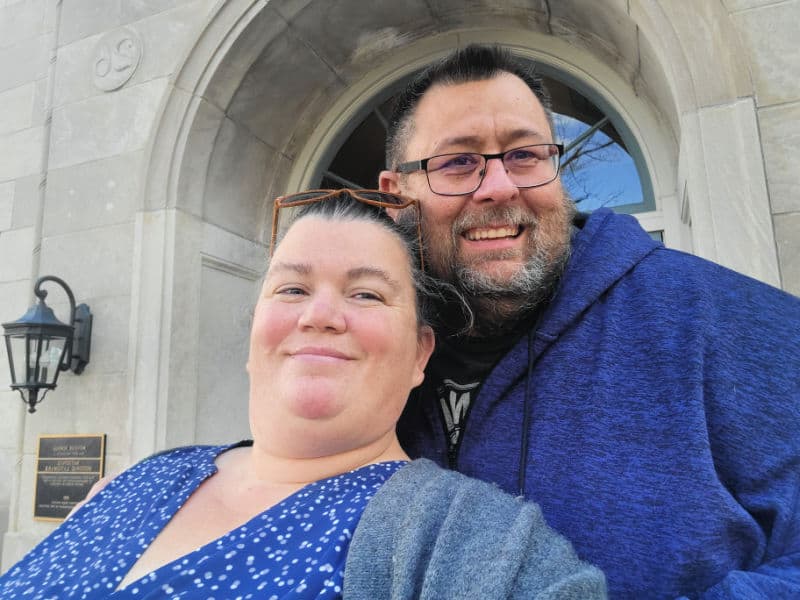 Parking - The visitor parking lot is across the street from the park. It is a short walk to the school entrance.

There is accessible parking available behind the building.

WiFi - Free Wi-Fi is available in the visitor center

Pets - Only service animals are allowed

No food, drinks, or gum are allowed.

Smoking is not allowed within 25 feet of the site. 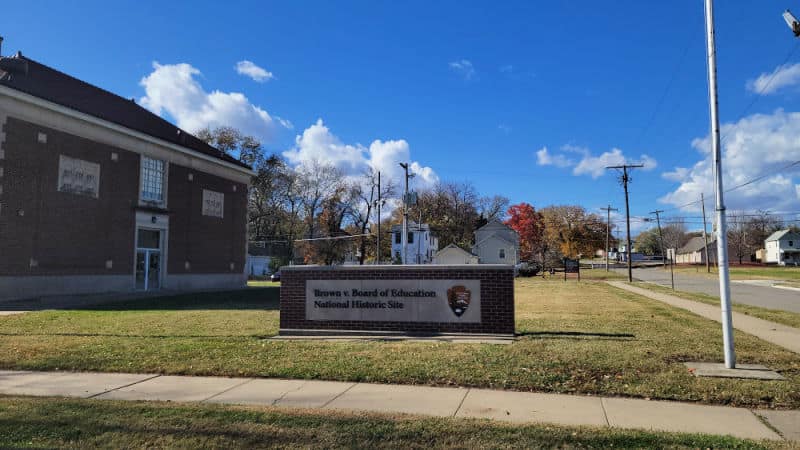 National Park Sites near Brown vs. Board of Education NHS 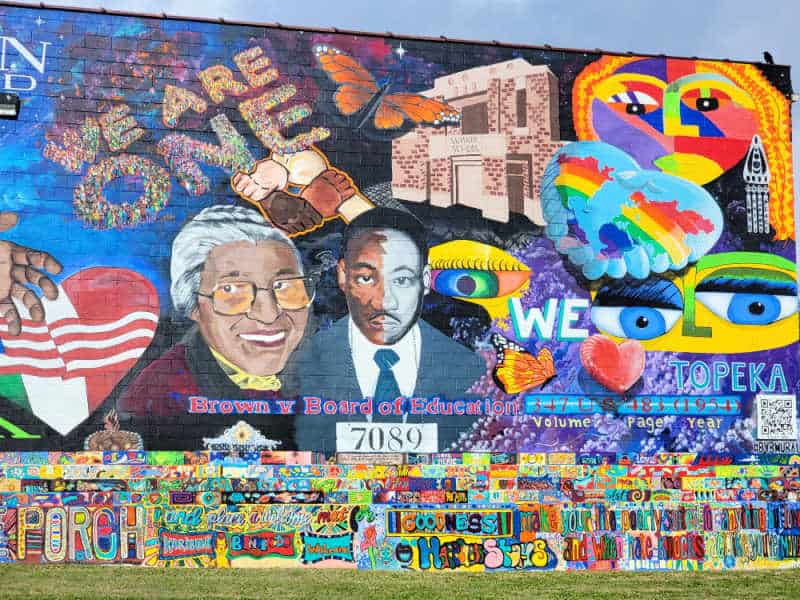