Nicodemus National Historic Site is located in northwestern Kansas. The park includes five historic buildings that were part of the original town of Nicodemus. 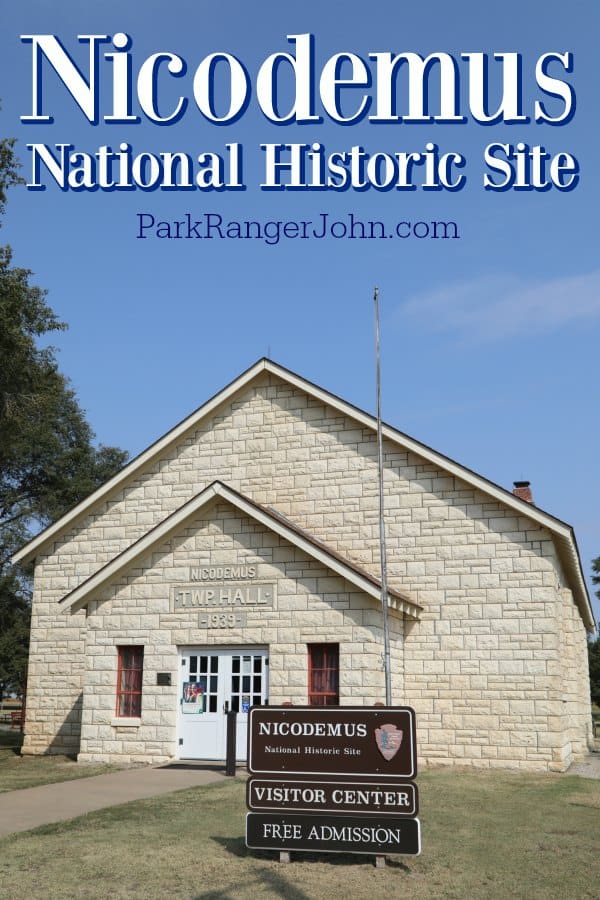 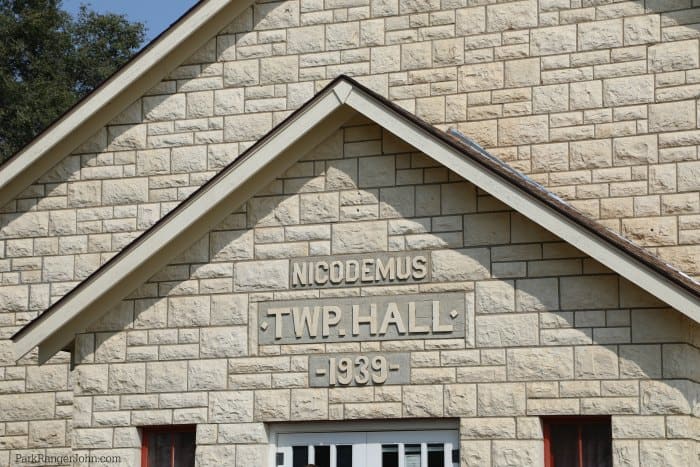 The Township Hall was built in 1939 with support from the depression-era Works Progress Administration program. The hall served the needs of local government along with hosting socials, Friday night dances, and performances.

The hall brought the community together. They celebrated their freedom and the self-determination of the brave pioneers who built the town. 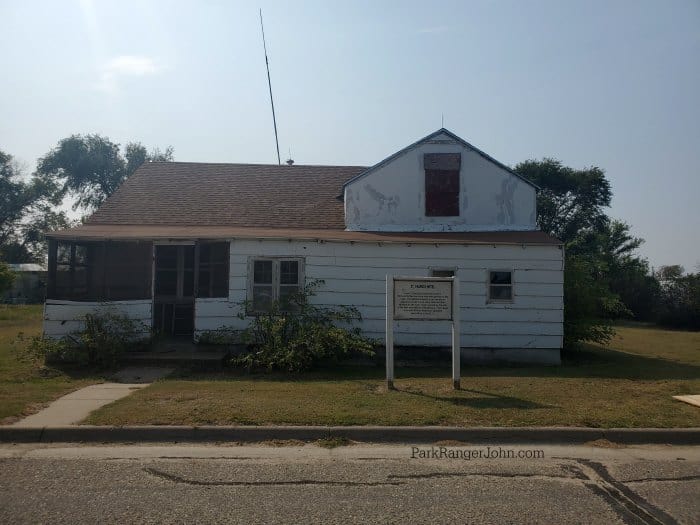 Just down the street from Township Hall is the St. Francis Hotel. You can easily walk from the township hall to this hotel.

This building had multiple uses! It was not only a hotel but also the home of X.T. and Jenny Fletcher, along with being a stagecoach station, the first town post office, and the first schoolhouse.

The stagecoaches and U.S. Mail helped residents keep in touch with family and loved ones who were far away. 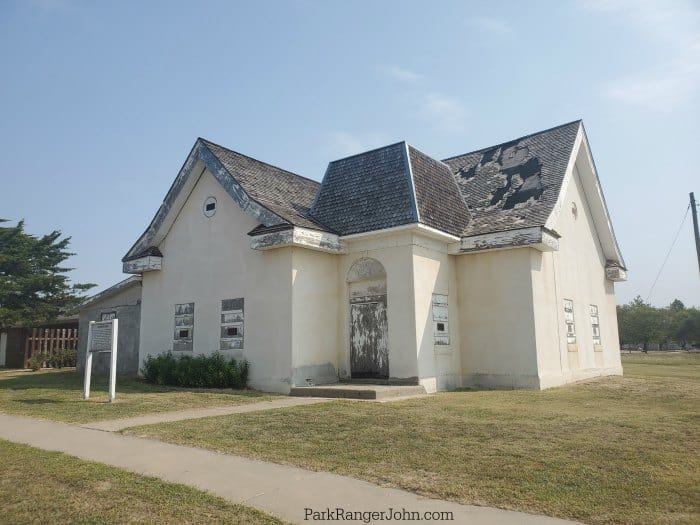 Religion was really important to the African American community. The church represented the freedom to worship and was a cornerstone of the community faith.

The churches of Georgetown, Kentucky was where the first residents of Nicodemus the pioneers who would become the first settlers.

The First Baptist Church was established in 1878. The first meeting was held in a member’s dugouts.

It is believed that the church that was built in 1907 was built around a previous structure. By building around the prior church services could still be held during construction.

In the early 1950s, the First Baptist Church was the 1st building in Nicodemus to receive electricity.

This building is currently being restored by the National Park Service. When we visited the building was surrounded by construction fences and actively being worked on.

The A.M.E. Church is one of the oldest surviving buildings in Nicodemus.

It is believed the church was built around 1885 and the first services were held as the Mount Pleasant Church in 1897.

The A.M.E Church congregation used the building from 1910-12 through 1947 when services were moved due to the building structure. 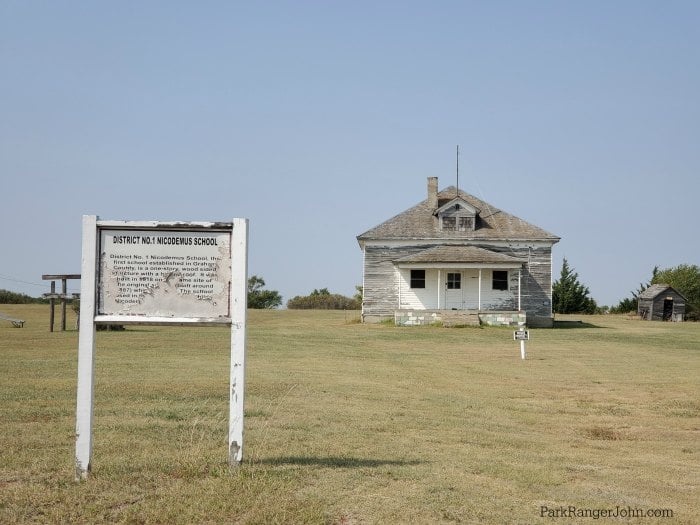 The School District 1 building is the farthest building from the visitor center.

The school building was built in 1879 to establish the first organized school in the county. The pioneer settlers of Nicodemus made education a huge priority after having generations denied an education.

The current School District 1 building was built in 1918 and used until the 1960s. 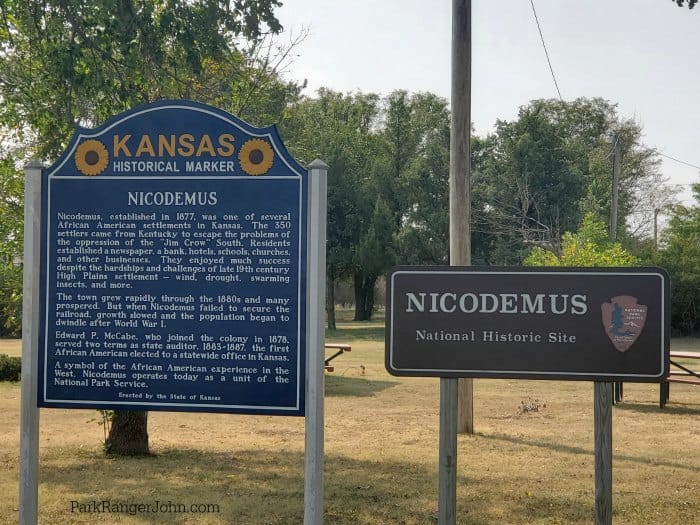 Time needed – If you are doing the full walking tour you will want to plan 30-60 minutes to walk around the town. If you are driving through town it will not take you very long.

Make sure to stop at the visitor center if it is open to learning more about the history of Nicodemus.

Nicodemus NHS is in the middle of farmland with no real services nearby. You will want to make sure you have a full tank of gas, snacks, and water with you.

If you are on a Midwest National Park road trip you can expect to drive through a lot of cornfields and small towns to reach this park.

We drove in from Agate Fossil Beds and Scotts Bluff NM and stayed at a Marriott in North Platte, Nebraska before dropping into Kansas. From Nicodemus, we headed to Fort Larned National Historic Site and then onto Colorado.

We had one tiny bar of cell service in one corner of the parking lot by the visitor center. If you are heading to another park or need your GPS for directions you will want to make sure it is set up before you lose service. 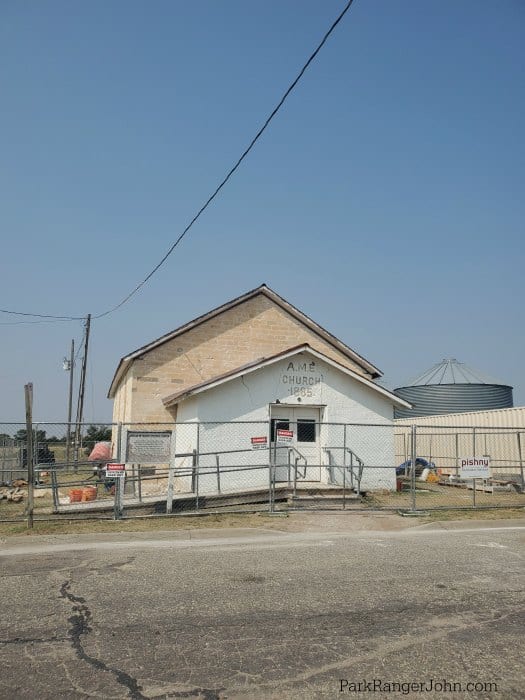 Lodging – There is no lodging in Nicodemus.

Camping – There is no camping in Nicodemus.