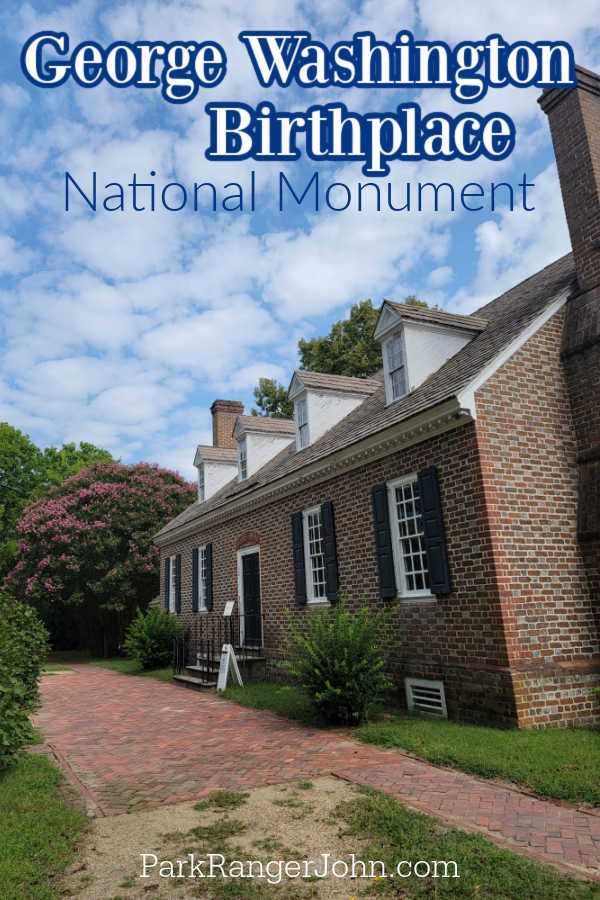 George Washington was born along Pope's Creek in Virginia in 1732. He lived here until the age of 3 and returned to the area occasionally during his teenage years when the property was owned by his half-brother.

The land had been settled by his great-grandfather in 1657.

The original house where George Washington was born burned in 1779 and was never rebuilt. No one really knows what the house looked like. The park today includes a "memorial house" made of locally made bricks that was built to honor George Washington on the 200th anniversary of his birth.

The design was done based on a typical well-to-do Virginia family of the early 18th century. 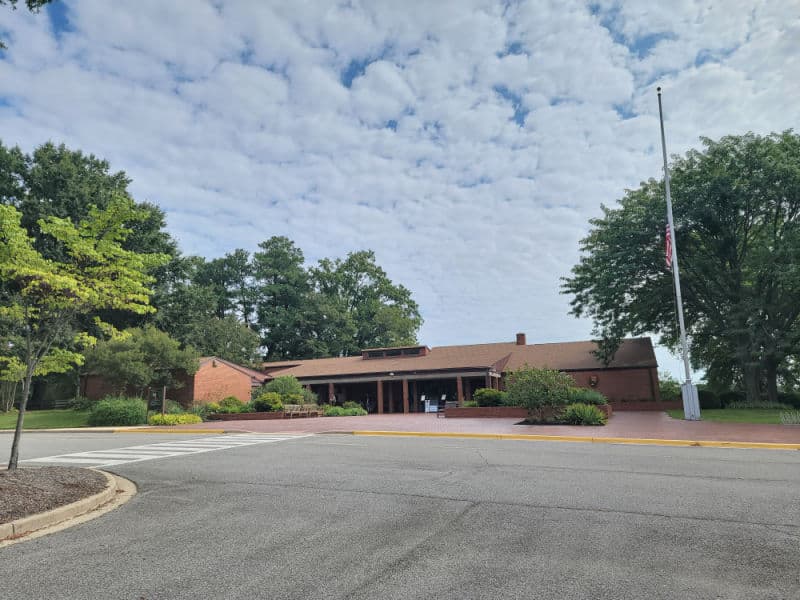 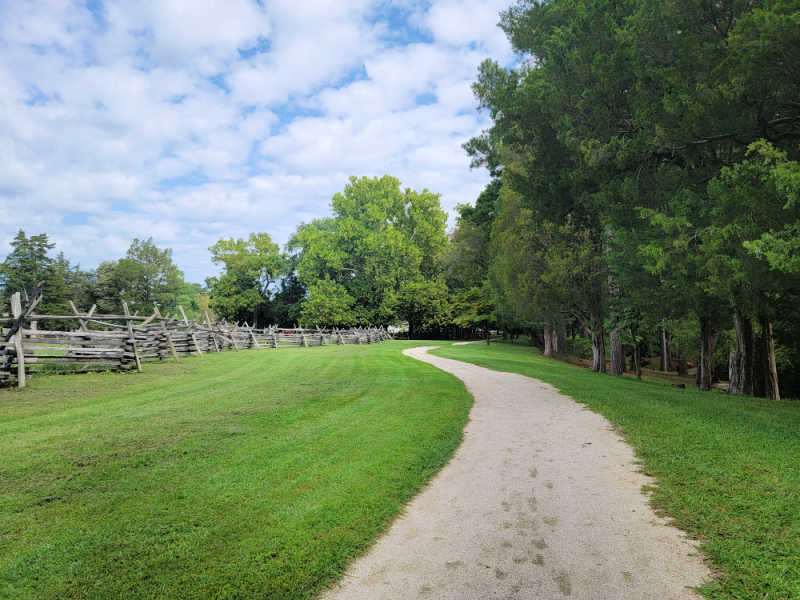 One thing to know when visiting the park is there is a walk from the visitor center to reach the Memorial house and other buildings.

There is a gravel road and trail that lead to the different sites within the park. I would suggest wearing closed-toed shoes for a more comfortable walk 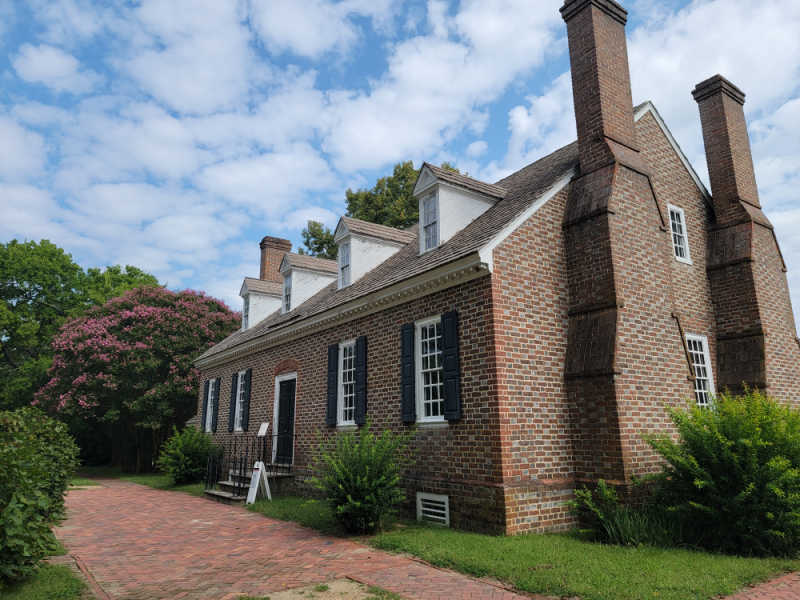 Tours are offered of the Memorial House during the day. The only way to view the inside is on a tour. Make sure to check with the visitor center to sign up for tours. 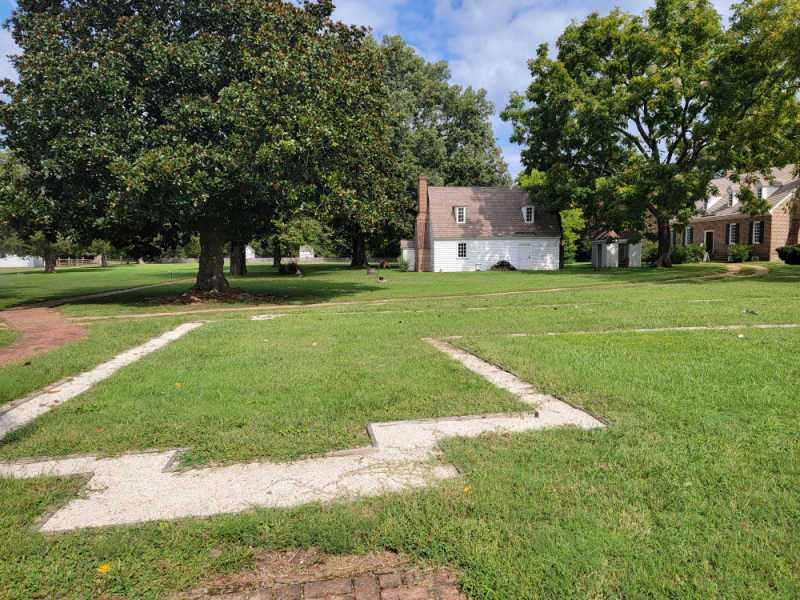 Right next to the Memorial House is the buried outline of what is called "Building X". 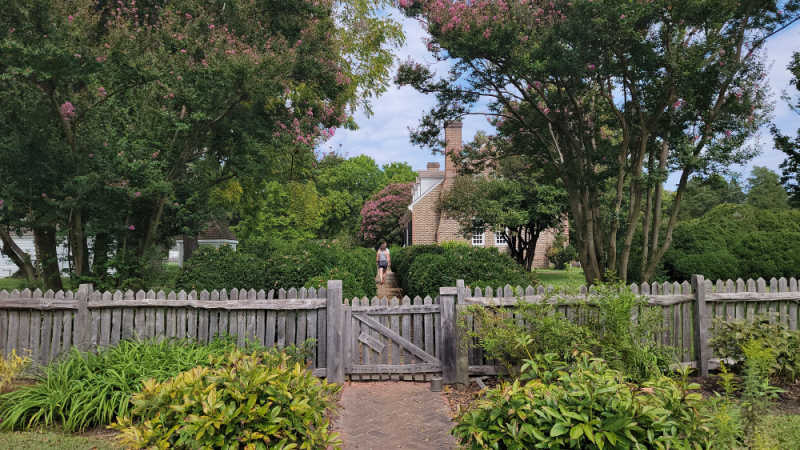 The Colonial Revival Garden was created in the 1930s by the National Park Service and the Wakefield National Memorial Association.

It is maintained by the Northern Neck Master Gardeners. 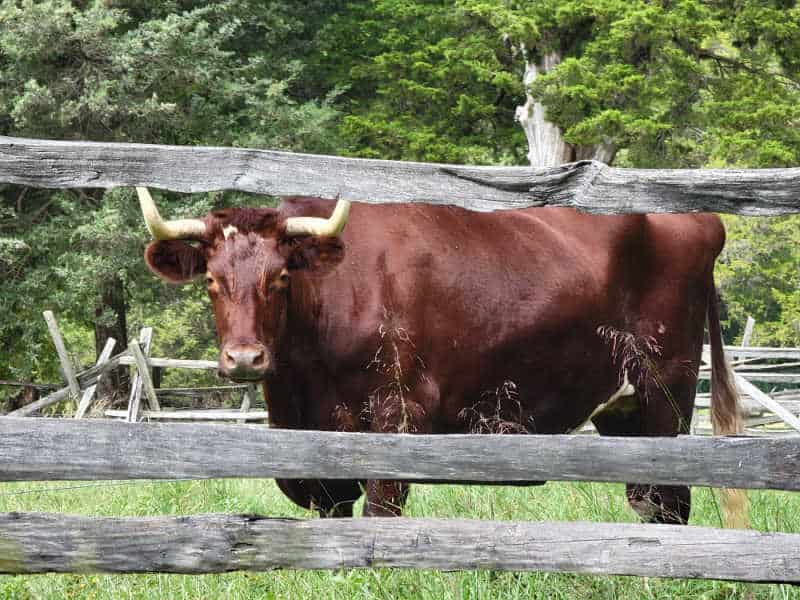 The park has a living history farm of livestock. You can walk by the pastures to view the different animals currently living in the park.

The graves of George Washington's father, grandfather, and great-grandfather are on the property. 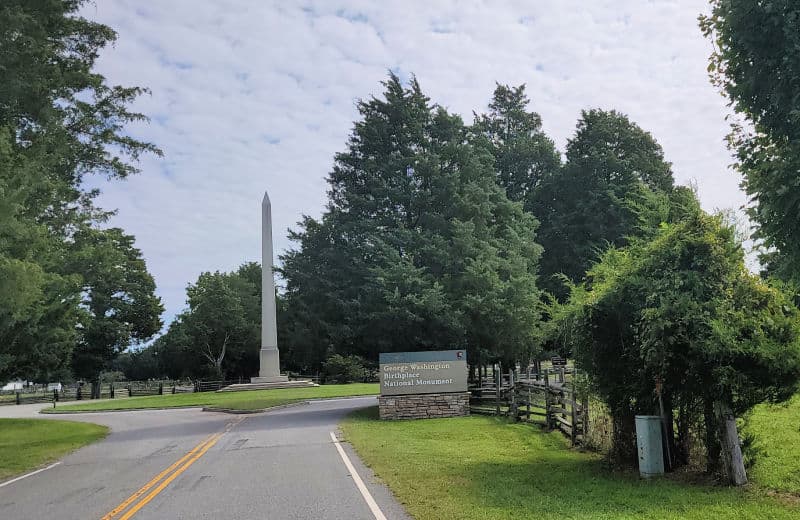 Scale Model of the Washington Monument

At the entrance of the park, there is a 50-foot-high scale model of the Washington Monument. This monument was originally erected in 1896 on the site that was previously believed to be the site of the birthplace home.

This scale monument is also called the Birthplace Monument. 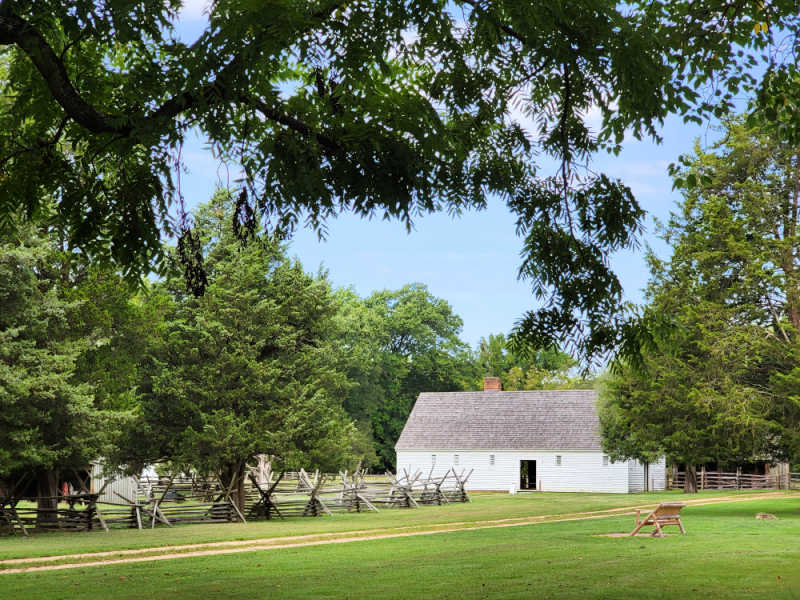 Industrialist and philanthropist, John D. Rockefeller, Jr. was a major benefactor in the creation of George Washington Birthplace National Monument.

Not only did he donate almost half the land of the current park boundary, but he also supplied three of his retired Morgan horses to the park and established a precedent that has lasted until today. 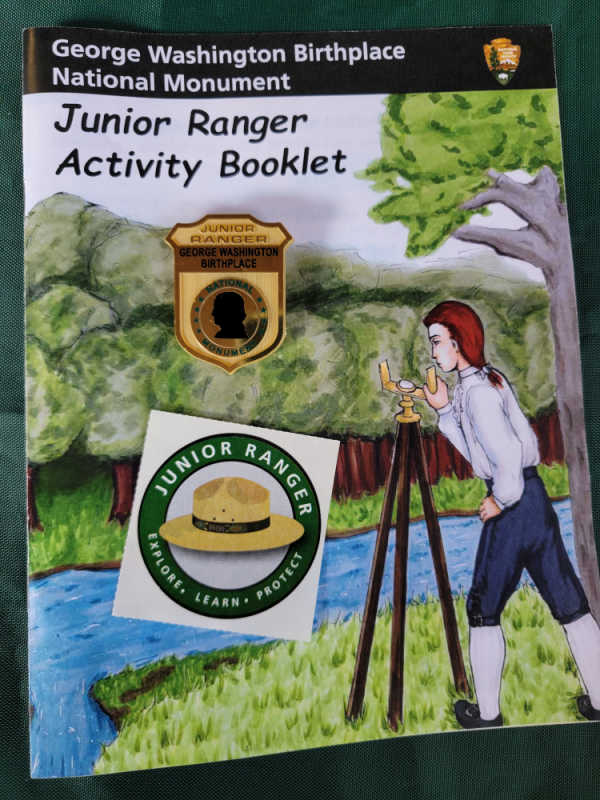 Make sure to pick up a Junior Ranger Program at the visitor center. The booklet can be filled out while exploring the park. 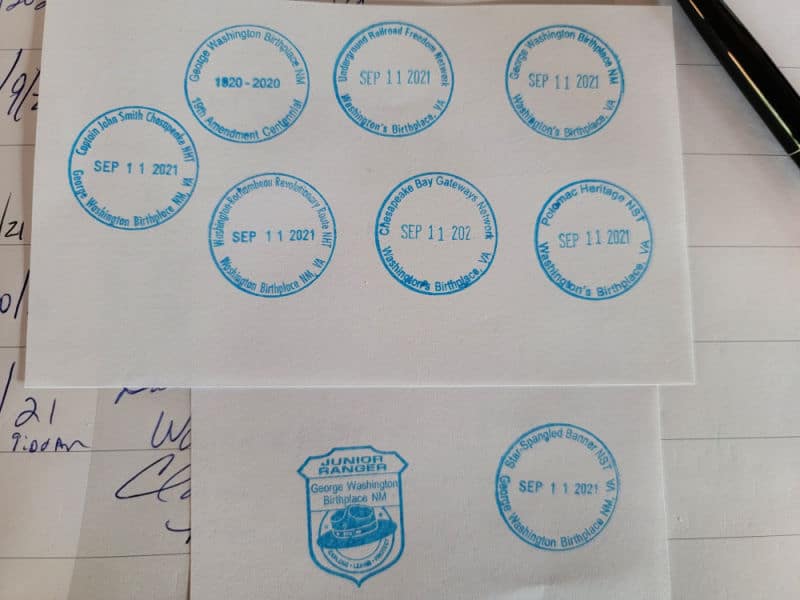 Entrance Fee - $0.00, there is no fee to visit this US National Monument

January 1930, George Washington Birthplace National Monument was created as a unit of the National Park Service. 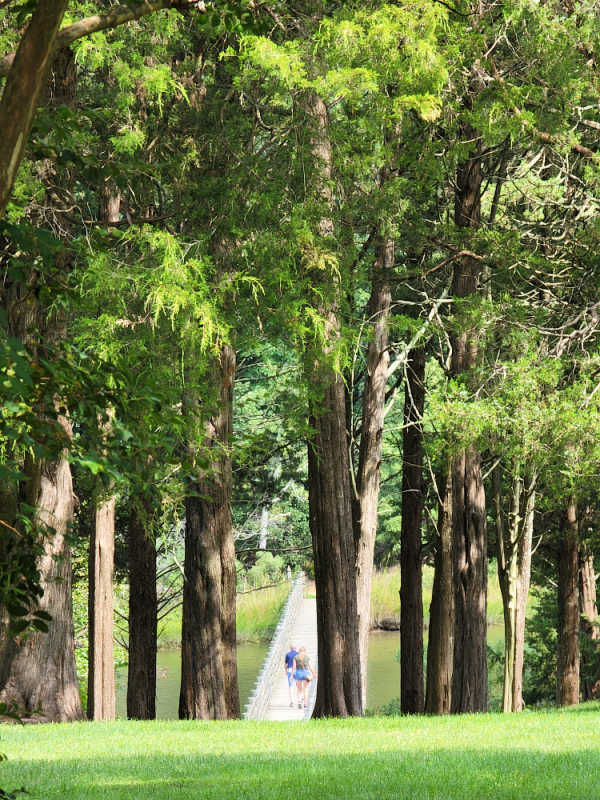