Palo Alto Battlefield National Historical Park is the only National Park Service site to interpret the US - Mexican War. The park is located in Brownsville, Texas near the southern border with Mexico.

Palo Alto National Historical Park preserves important battlefields from the US-Mexican War. The park interprets the battle between the United States and Mexican troops on the prairies of Palo Alto.

The May 8, 1846 battle at Palo Alto was the first and second battle in what would become a two year long war between the United States and Mexico. 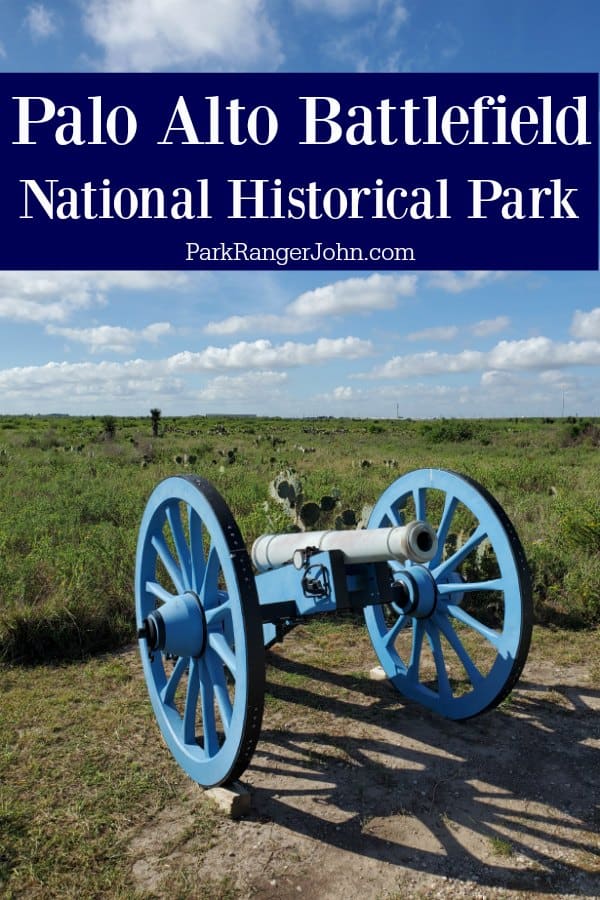 Across the field more than 3,200 Mexican soldiers were lined up blocking their path.

Within minutes the field erupted in artillery fire. For five hours the two armies engaged in a fierce battle. This battle was the first battle of what became a two-year long war.

Start your visit with a trip to the visitor center to pick up the park brochures, maps, and find out what is happening within the park. There is a small bookstore with national park books and items related to the battlefield.

You can also get your National Park Stamp for your passport book. If you don't have a passport book you can shop America's National Parks Official Online Store & Save 15% off your eParks.com order. Use coupon code 15OFF.

Palo Alto Battlefield Visitor Center is the only bathroom and water fountains within the park.

The park movie does a great job detailing what happened during the Mexican US War. It describes the importance of the Palo Alto Battlefield. 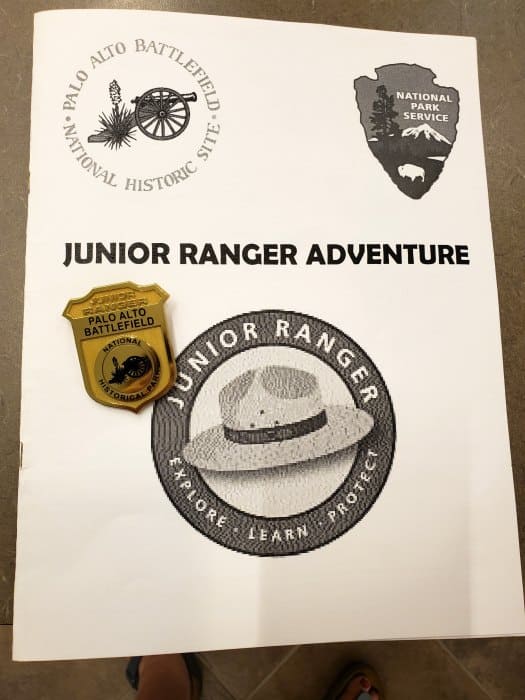 The junior ranger program can be completed within the visitor center and on the park trails. Plan to spend 30 minutes to an hour depending on the age of the participant. 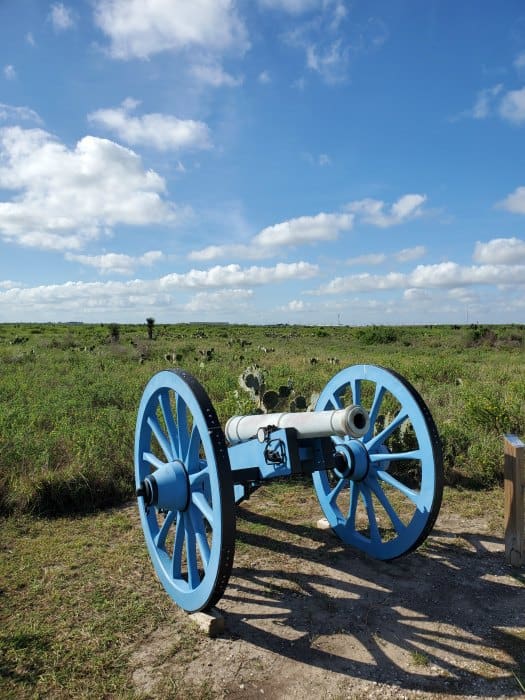 The Battlefield Trail is an interpretive trail around the battlefield. Be prepared for the Texas sun and also snakes.

As you walk around the battlefield you will see a landscape very similar to what soldiers encountered in 1846.

The vegetation is typical of a south Texas coastal prairie. You will see a thick grass with razor sharp points called Gulf Cordgrass.

The Battlefield Overlook provides a view of a point between the opposing battle lines at the western edge of the battlefield. 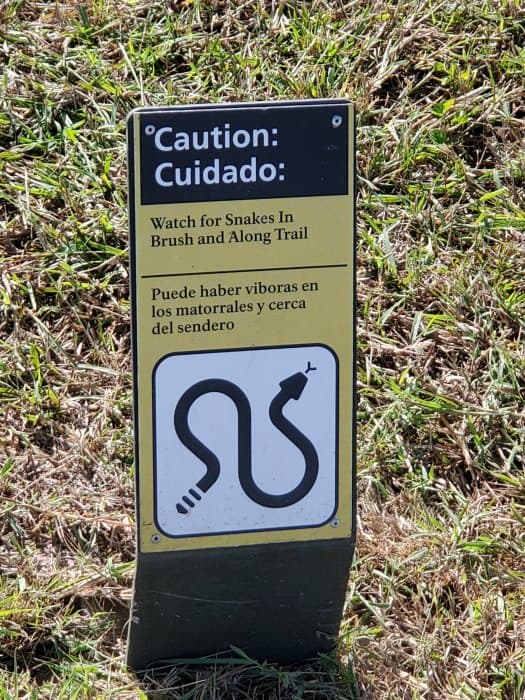 This is not an area that you want to leave the trail! 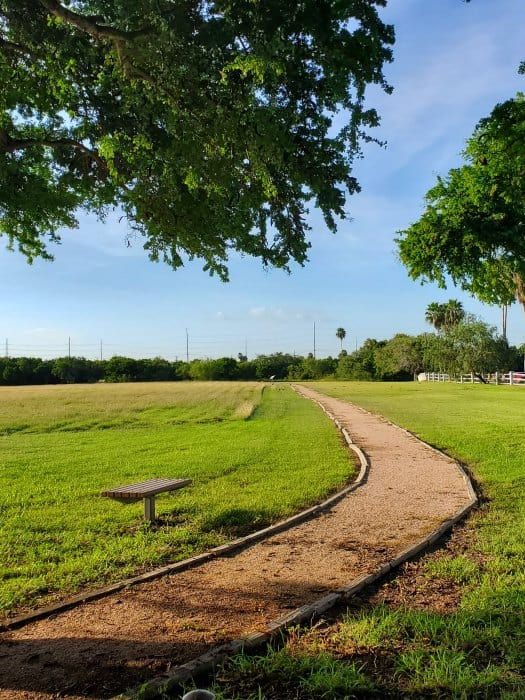 The Resaca de la Palma Battlefield is about 6 miles from the visitor center. The battlefield has a walking trail around the park, multiple interpretive panels, a bathroom and cannon. 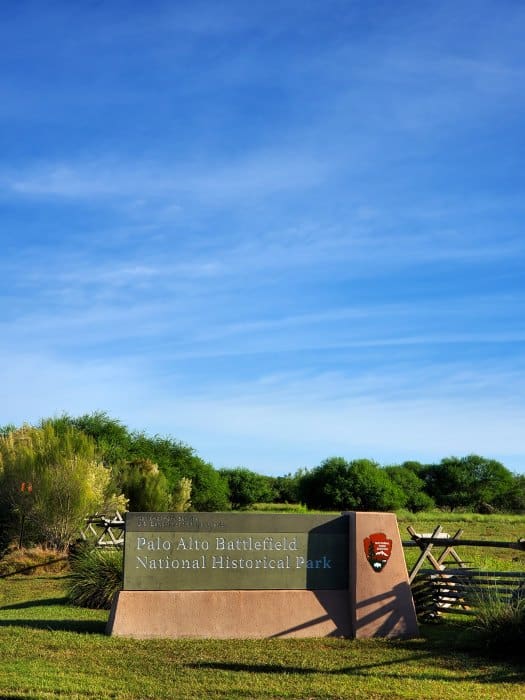 Guided tours are available from December 1st to April 1st depending on staffing and weather.

Part of the Mexican troops Captain Jean Louis Berlandier was a noted naturalist. He also documented many birds of the Rio Grande Valley.

The park visitor center has a fantastic bird checklist for the park. Some of the birds you may see include: 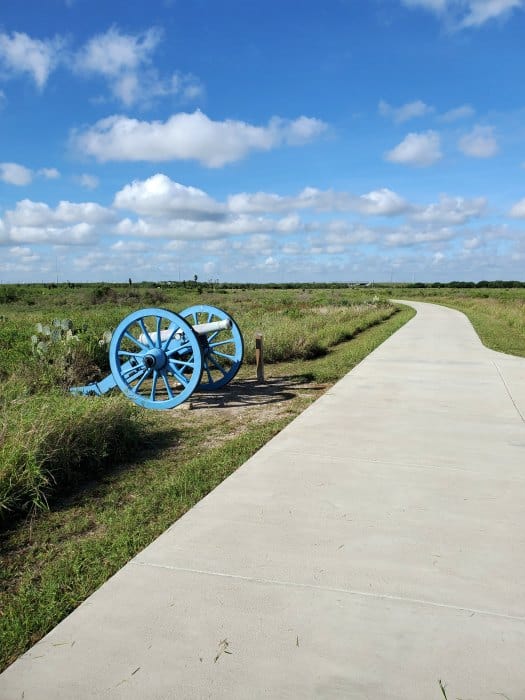 Entrance fee: $0.00 There is no fee to visit this park

Make sure to pack sunscreen, a hat, sunglasses and sun protection. There is no shade while on the trail.