Complete Guide to First Ladies National Historic Site in Ohio including guided tours, how to get to the park, things to do, and so much more. 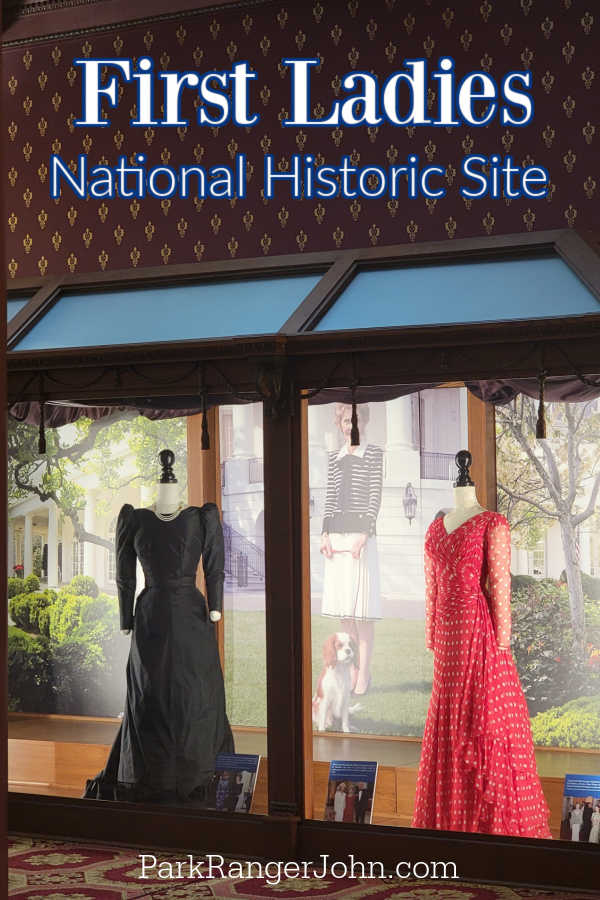 The National Historic Site was established in 2000, to explore the influence the First Ladies of the United States of America have had and continue to have on America. The National First Ladies Library housed in the City National Bank is the only of its kind in the world. 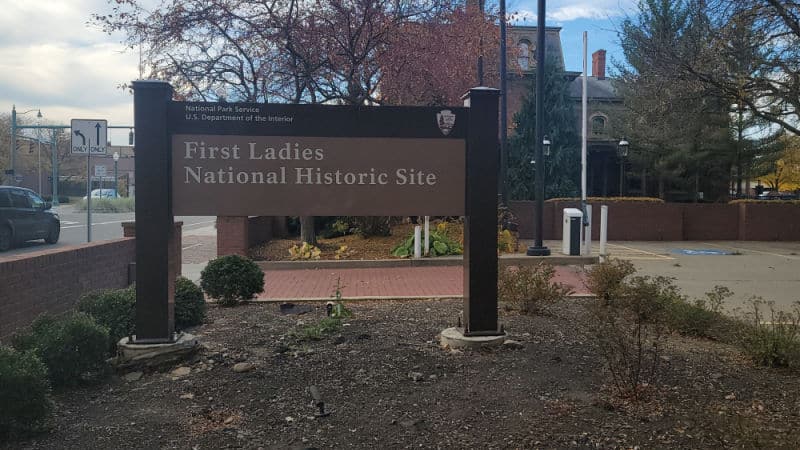 Yes, The site was really interesting and we would happily visit again to see new exhibits.

We were not sure what to expect when visiting and now wish we would have planned more time for the park.

The visitor center has rotating exhibits and they were really interesting. Don't miss the park film! 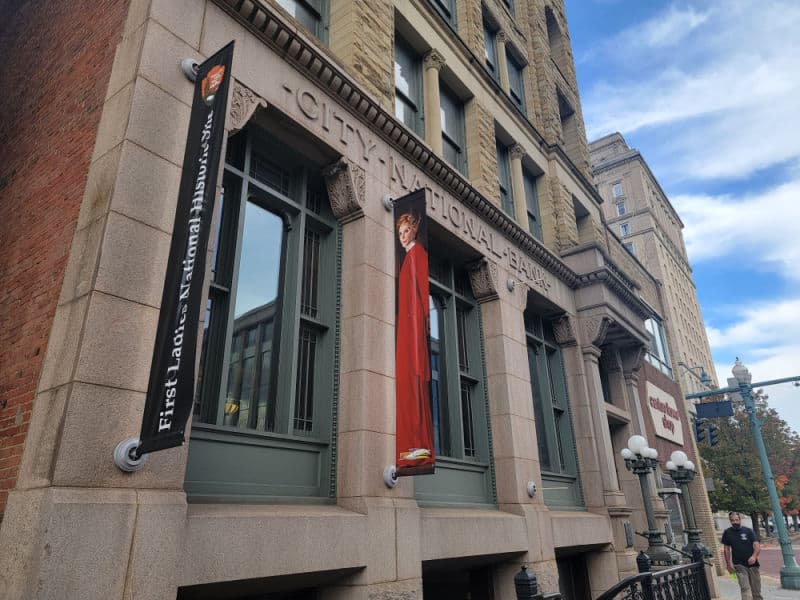 What is a First Lady?

First Lady is the title given to the woman who acts as the hostess of the White House. The First Lady is most commonly the spouse of the serving president of the United States.

Although, if the president is unmarried the role can, and historically has been filled by a female relative. There have been several First Ladies who were not the spouse of the president.

This uniquely American role has never been officially defined, but it is recognized all over the world. The role of the First Lady has evolved throughout history.

The First Lady is first and foremost the hostess of the White House, this means she is in charge of organizing and attending official State functions and ceremonies.

First Ladies have assumed more than the ceremonial role of hostess of the White House. Over time the First Lady has become involved in the political campaign of their spouse, a champion of social causes, and trendsetters.

From the 1920s onwards, First Ladies used their position to speak publicly about their chosen causes.

History of the Title

There have been over 50 First Ladies, with the wife of George Washington, Martha Washington, assuming the role for the first time in 1789. The current First Lady is Jill Biden, wife of the 46th president of the United States, Joe Biden.

The first woman to be referred to as First Lady was Harriet Lane, the niece of the 15th president of the United States, James Buchannan.

The term became more widely used in reference to the hostess of the White House in 1877, when Lucy Webb Hayes, wife of Rutherford B. Hayes, was referred to as ‘First Lady in the land’ in a newspaper article.

The Saxton-Mckinley House, preserved as part of the First Ladies National Historic Site, was built in 1841.

It was the home of Ida McKinley, who was First Lady from 1897 until 1901, as wife to the 25th president of the United States, William McKinley.

Ida McKinley was born in Ohio on June 8th, 1847, to the wealthy Saxton family. Ida spent her childhood living at the Saxton-McKinley house. Ida was extremely well-educated and worked as a teller and manager at her father's bank.

Ida met Civil War veteran Willaim McKinley in 1870. The pair were married a year later and moved into a home they rented from Ida’s father. This First Ladies' life was filled with despair and hardship.

The McKinleys welcomed their first daughter, Kate in 1873 and a second daughter, Ida in 1875. Sadly, little Ida passed away four months after her birth, and Kate passed just before her fifth birthday.

Ida had a difficult pregnancy with her second daughter and suffered a neck and back injury. When little Ida died and then Kate, Ida became unwell, suffering from epilepsy and migraines.

After the loss of their children, the McKinley's moved from their marital home and lived at the Saxton house while William ran his presidential campaign in Canton.

Ida remained in a fragile state of health for the rest of her life, which meant that she played a much smaller role as First Lady than others who have assumed the role.

Despite Ida’s ill health, she was still in the public eye and was involved in politics. Ida would sit outside her husband's office, listening in on meetings so she could advise him.

Ida, like most of the nation's First Ladies, was a champion of social causes. Ida supported the suffrage movement. Ida helped to raise funds for several charities by crocheting slippers to be auctioned off.

In 1901, William was assassinated by an anarchist, ending Ida’s role as First Lady.

The building was given to the National First Ladies Library in 1999. In addition to housing the library, the building is now home to the First Ladies National Historic Site’s Education Center. 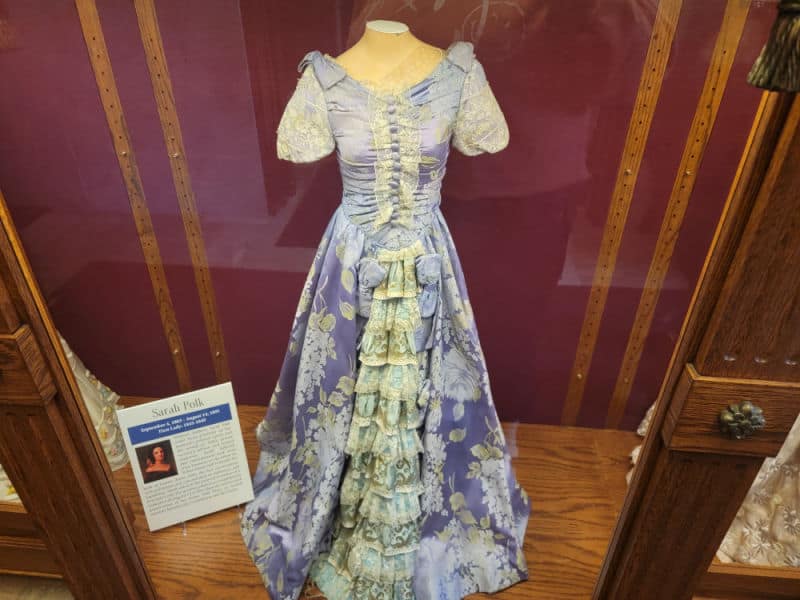 Pets are allowed in the park but are NOT allowed in any buildings or structures.

Cell service is great at the park.

Free parking is available behind the Saxton House or at the gated lot on the corner of Market Avenue South and 3rd Street SW.

The free parking lot is near the park entrance sign. It is easy to find.

First Ladies NHS is part of the 2020 Passport Stamp Set.

There are at least 54 public charging stations in Canton, Ohio 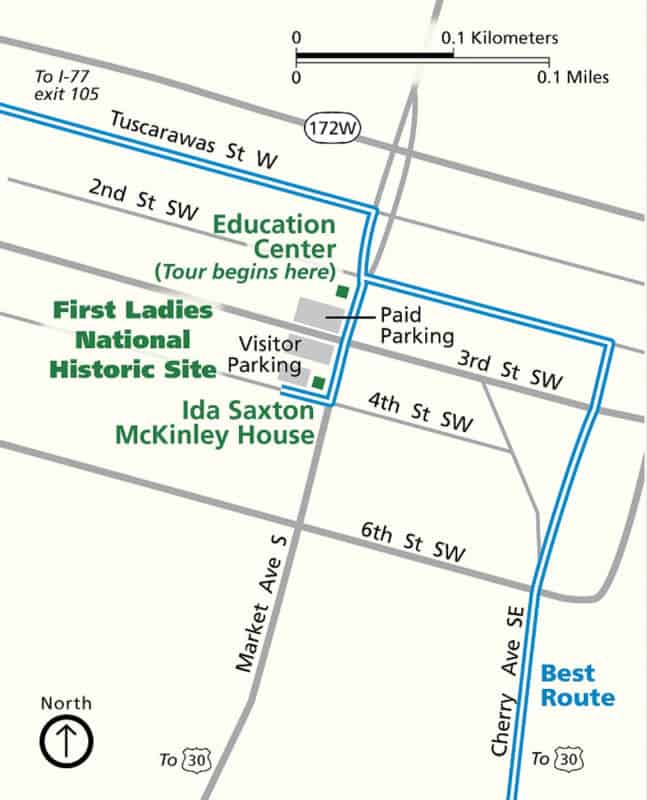 The visitor center is located in the historic City National Bank. 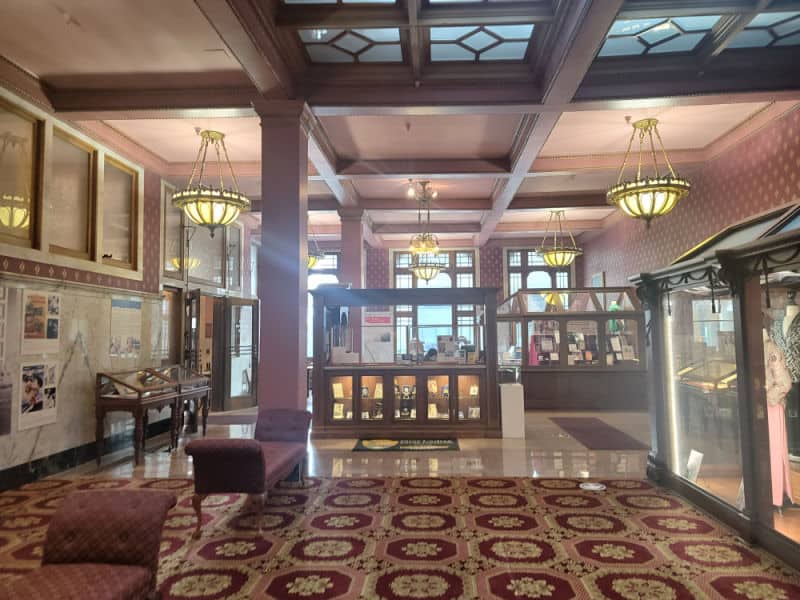 From the North:
Follow I-77 South to the Downtown/Tuscarawas Exit. Turn left onto Tuscarawas and follow to Market Avenue. Turn right onto Market Avenue. Travel through two lights and immediately after the 2nd light in our gated parking on the right-hand side. 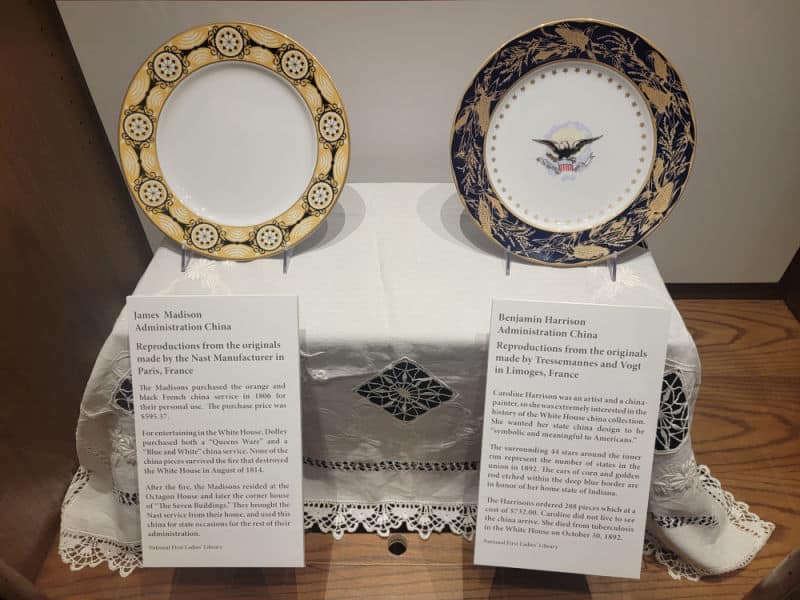 The best time to visit depends on if you enjoy snow. The majority of the park is indoors so the weather really only impacts being able to reach the park.

The warmest weather is from May 25 to September 18th with an average daily temperature above 73 degrees.

The coldest weather is from December 2nd to March 4th with an average daily temperature below 44 degrees.

The coldest month is January with an average low of 22 degrees and a high of 35 degrees.

The snowiest month is February with an average snowfall of 3.6 inches. Snow occurs on average from November 28th to April 31st with at least an inch a month.

Best Things to do in First Ladies National Historic Site

The Education Center is located in the historic City National Bank. It is the perfect place to start your visit to the park.

There is a small museum, park film, and National Park Passport Stamps available. 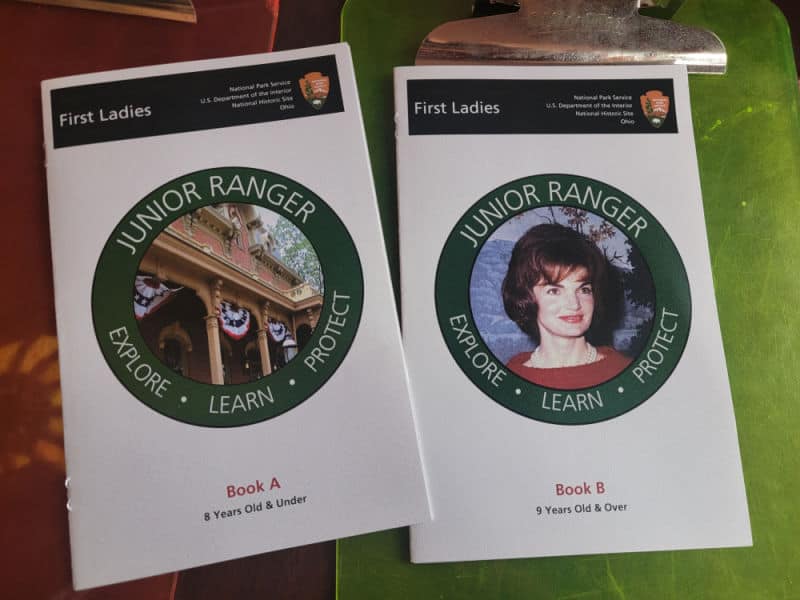 The First Ladies NHS Junior Ranger program is a great way to learn more about the park during your visit.

The park has 2 Junior Ranger programs divided by age - 8 and under, 9 and over. 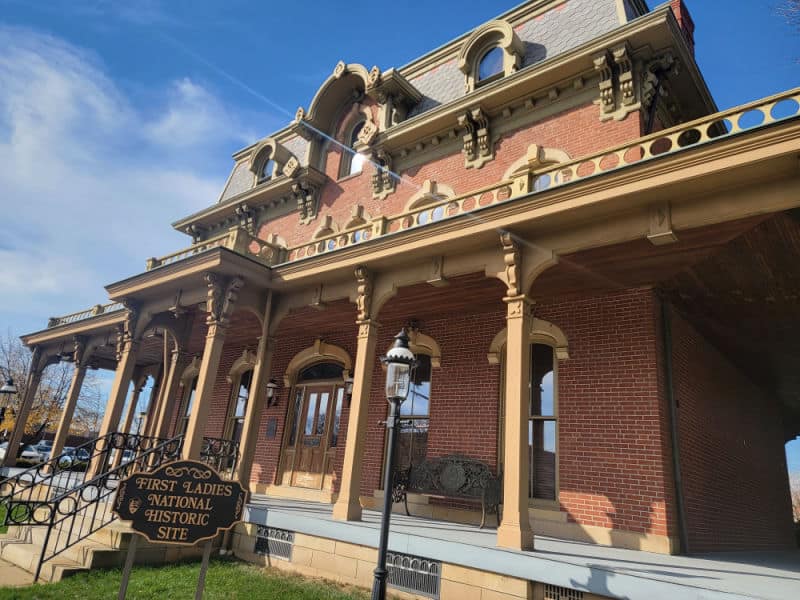 12 people are allowed on each tour. Tickets are first come-first served.

The Saxton House was the former home of Ida and William McKinley. 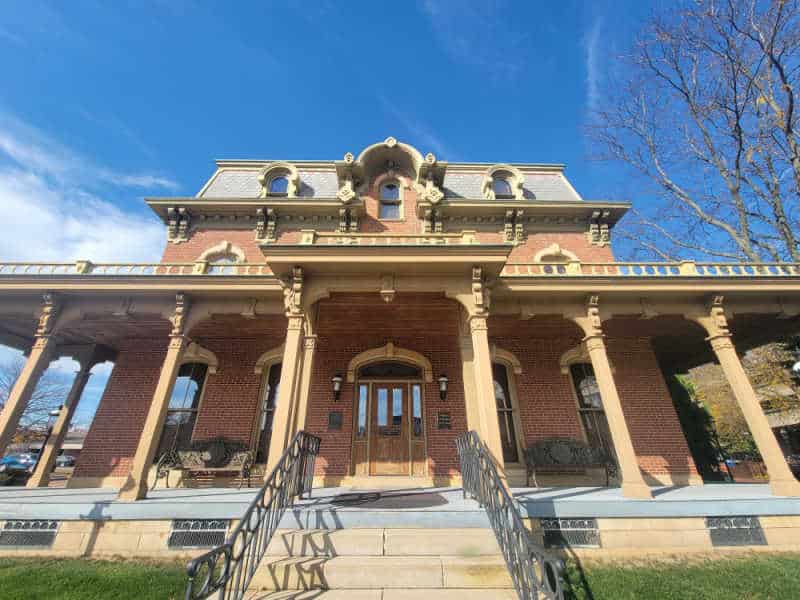 There are no hiking trails within the park.

It is a short walk from the parking area to the visitor center and Saxton-McKinley house.

How to beat the crowds in First Ladies National Historic Site?

We did not experience any crowds at the park. The park averages less than 1,000 visitors a month so you most likely will not experience large crowds during your visit. 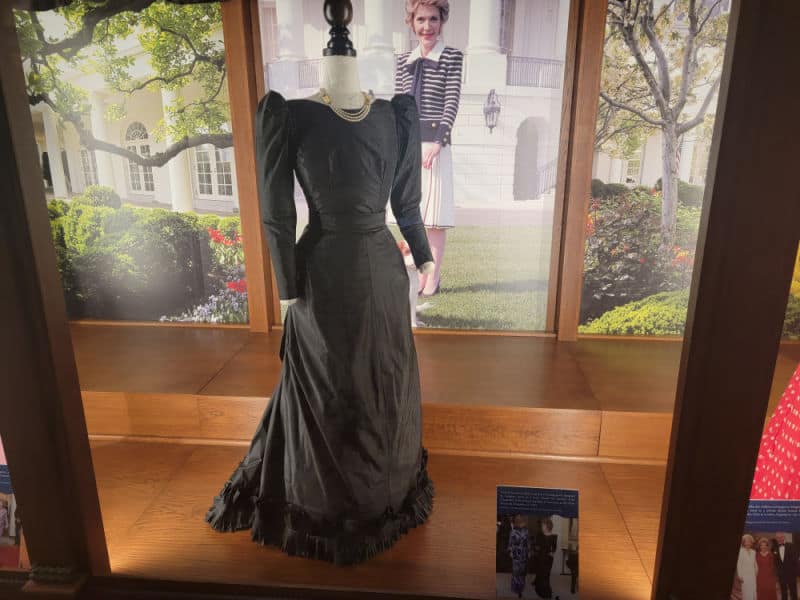 Where to stay when visiting First Ladies National Historic Site

Lodging is available in Canton, Ohio and surrounding communities.

DoubleTree by Hilton Canton Downtown - Directly across the street from the park.  Consider a stay at DoubleTree by Hilton Canton Downtown and take advantage of a terrace, dry cleaning/laundry services, and a bar. Be sure to enjoy a meal at 330 Bar & Grill, the onsite restaurant. Stay connected with free in-room Wi-Fi, and guests can find other amenities such as a gym and a 24-hour business center.

Click on the map below for additional lodging and vacation rental options near the park. 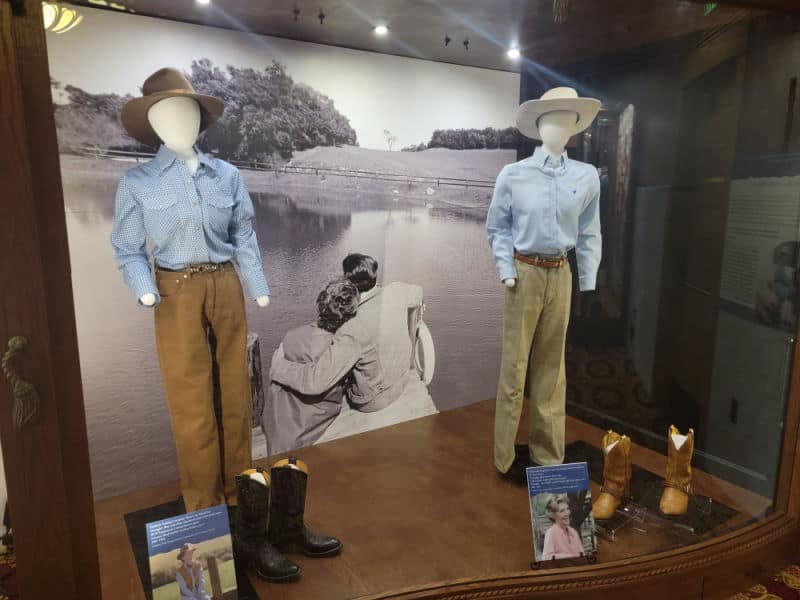