Saratoga National Historical Park is located in Eastern New York about 27 miles from Albany. The park is open year-round offering hiking, scenic driving tour, and interpretation of the Battle of Saratoga. 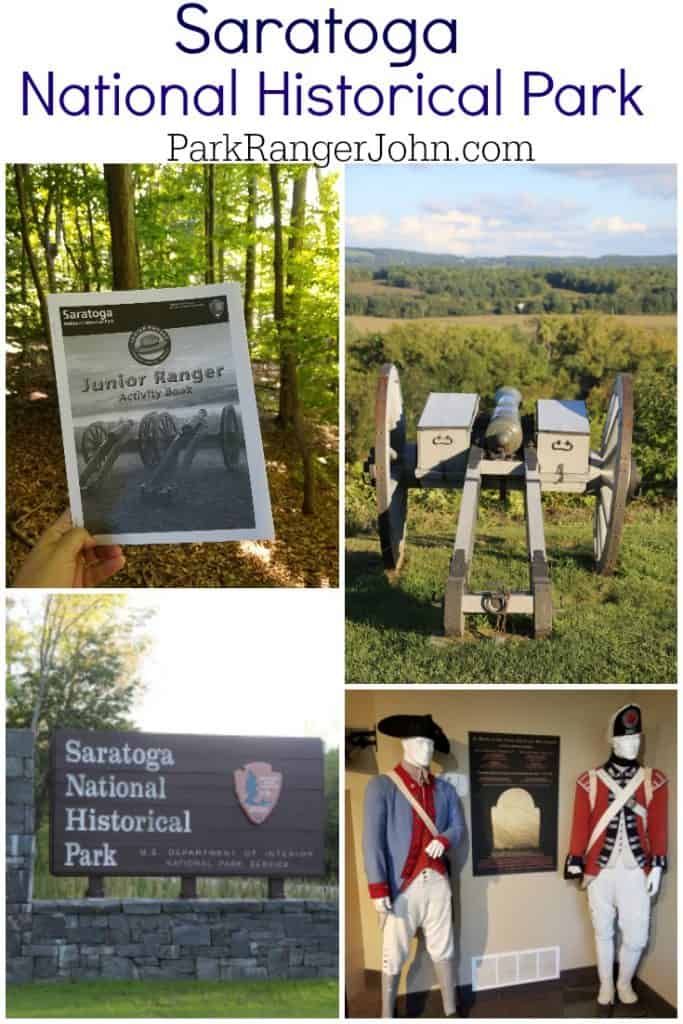 Their goal was to end the American struggle for independence and isolate New England. Saratoga National Historical Park is made up of four locations that were part of the Battles of Saratoga.

The park has a great driving tour that takes you through the battlefields and designates where American and British troops were stationed.

There are also re-enactments done once a year to commemorate the battles. 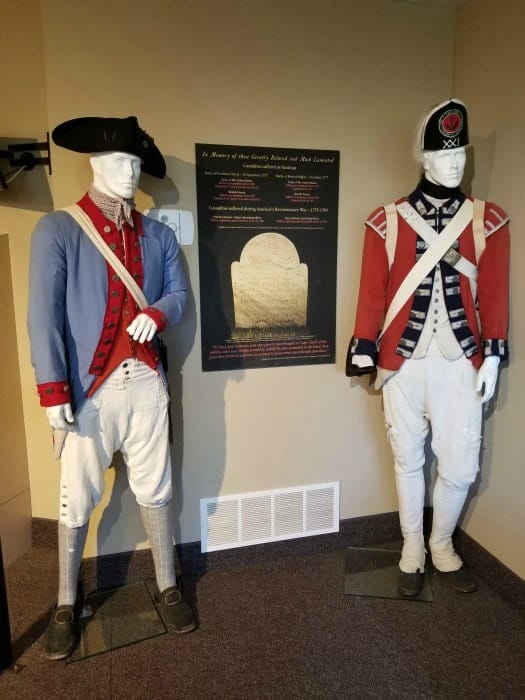 The Saratoga NHP Visitor Center has great displays sharing information about the battle of Saratoga.

There is also a small bookstore/gift shop near the main entrance. 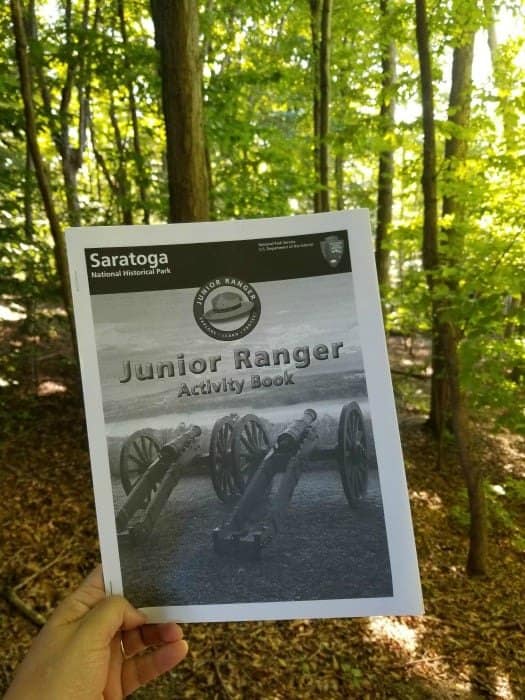 The Saratoga NHP Junior Ranger Program can be picked up at the visitor center. The junior ranger program is a great way to learn more about the park! 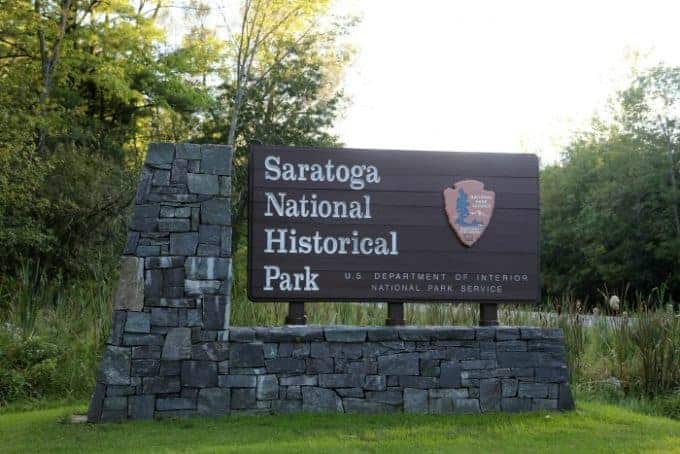 Frost Faire: a winter festival to fight cabin fever and enjoy a day in the Park.

Memorial Day: a day honoring fallen service members including those who served at Saratoga in 1777.

Nature Walks a series of walks to lesser-known areas of the park led by Biological Technician, Linda White.

4th of July: a day to welcome new American citizens and celebrate independence with dramatic readings of the Declaration of Independence.

History Walks: a series of walks led by Park Rangers and Volunteers discovering lesser-known stories about the Battles of Saratoga.

Army Trades Weekend: a weekend event full of hands-on discovery and learning how things were made in the 18th century.

Bike Tours: a series of leisurely guided bike rides to discover the untold stories of Saratoga.

18th-Century Day: a one-day event at the Schuyler Estate where visitors can enjoy demonstrations of 18th-century trades and activities.

Anniversary Living History Event: a weekend event, around September 19th, where individuals portray soldiers and followers from both armies during the Battles of Saratoga. 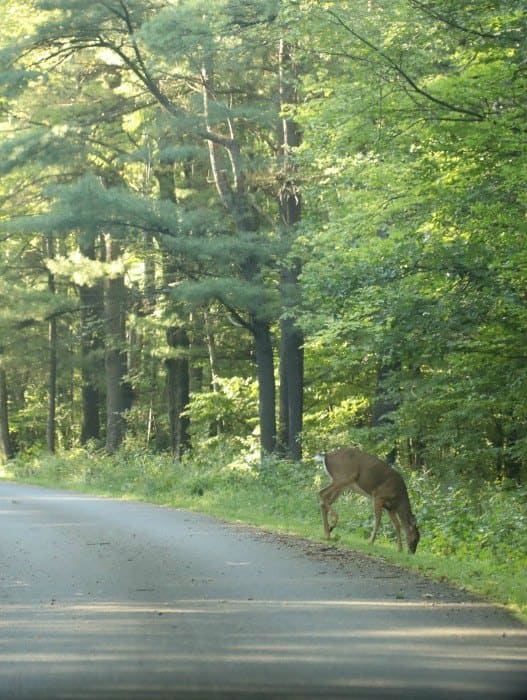 The 9-mile auto tour takes you through the historical park. It is a great way to see where the British and American forces set up camp. 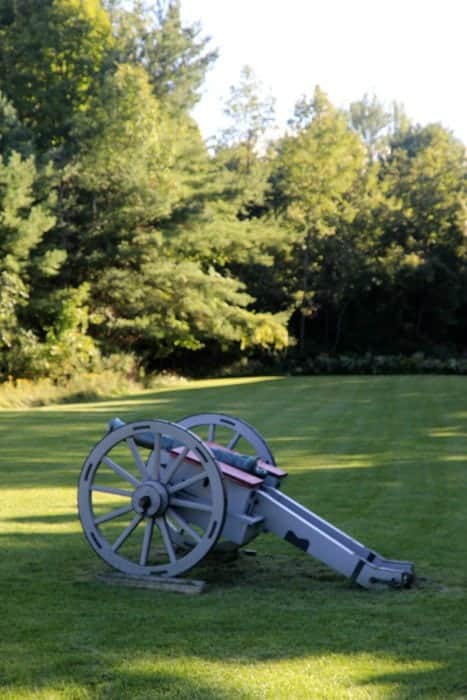 Saratoga NHP is a pet-friendly park. Dogs need to be on a leash at all times.

Saratoga National Historical Park is located between U.S. Route 4 and N.Y. Route 32, about 4 miles north of the Village of Stillwater, N.Y.

May also be closed, or have a delayed opening or an early closure due to inclement weather.