Yucca House National Monument is a unique National Park Site in southwestern Colorado. Unique because there is really no infrastructure for the park and you will need to drive on private farm roads to reach it. 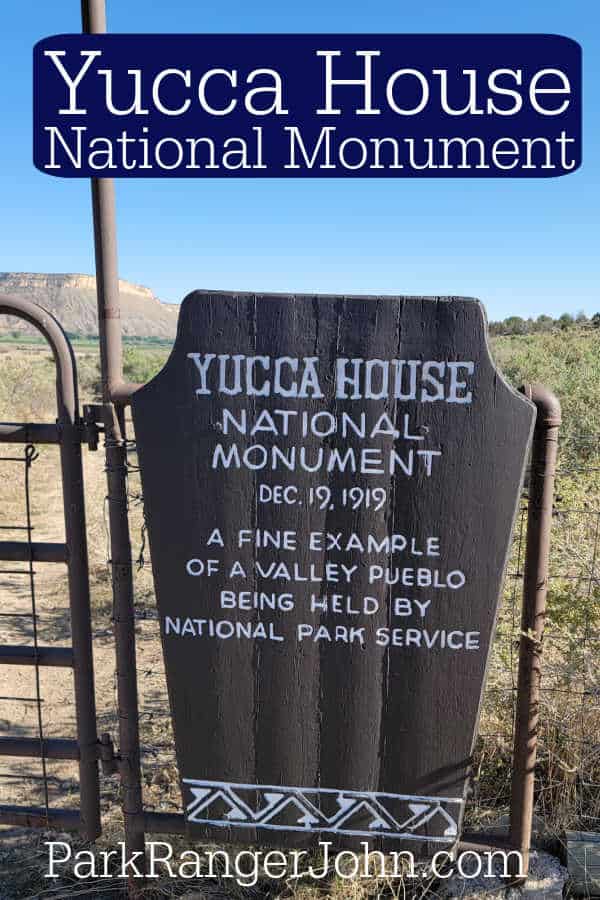 There are currently no facilities at Yucca House National Monument. When planning your visit you will want to make sure you print the visitor guide to take with you.

Woodrow Wilson made Yucca House a National Monument by Presidential Proclamation on December 19, 1919.

When visiting Yucca House you may be surprised to find that the pueblo and Kivas have not been excavated. What you will see are mounds of dirt but only a bit of a broken wall from the ancestral pueblo. 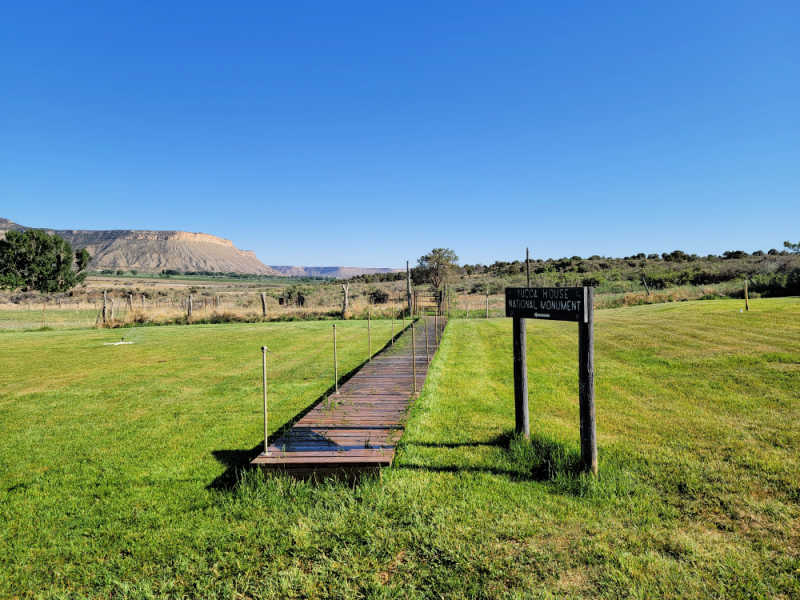 We had read that getting to Yucca House was an adventure and I have to say it is so true!

You have to travel farm roads, park next to a farmhouse and cross a boardwalk to reach the sign for the park.

When we visited the park we actually arrived when the family that lives next to the park was celebrating a family birthday party.

We were not sure if we were going to be able to find parking with all of the guests but thankfully another visitor was leaving when we pulled up.

I have to tell you we experienced something I never thought would happen while visiting a National Park Site. We had to run through sprinklers to reach the gate for the park. LOL!

Thankfully it was a warm Colorado afternoon because we were quite wet by the time we crossed the boardwalk and reached the park gates. 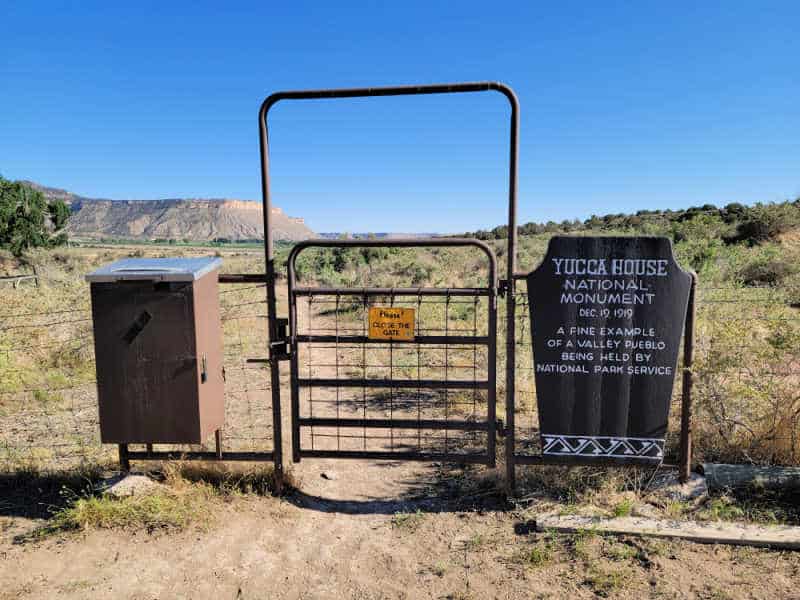 Once you cross the boardwalk and a short dirt path you will reach the National Park Service gate. Make sure to close the gate to keep any animals out of the park.

There is a guest book in the brown box on the left of the entrance gate that you can sign so the park service can track how many visitors are visiting the park. 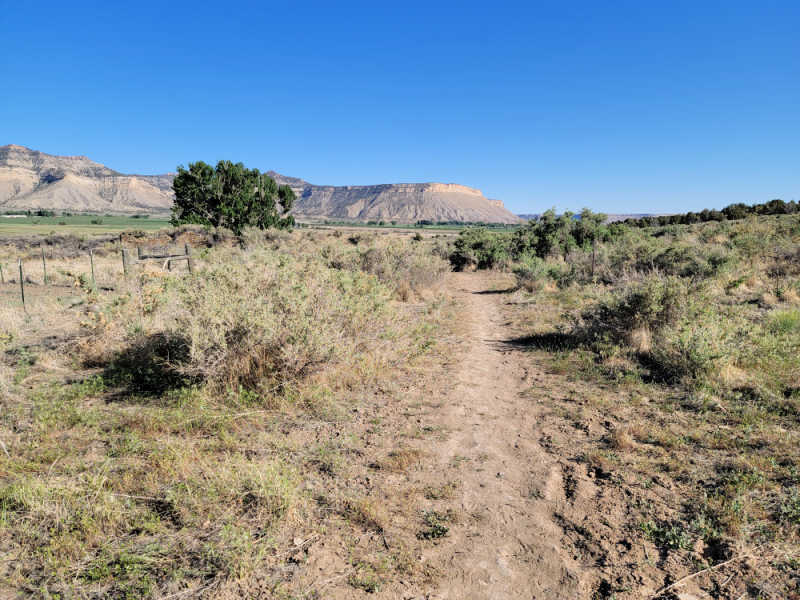 After the gate, there is a small dirt trail that leads you to a small hill. When you look closely at the hill you can see the remnants of the Puebloan ruins archaeological site.

It is believed that buried under what you see at the park is a large pueblo village. Yucca House played an important one in the Ancient Pueblo civilization from A.D. 1150-1300. It was one of the largest villages in the southwest.

You will see two areas with large mounds of rubble covered with vegetation. Toward the base of Ute Mountain is the “West Complex,” a large pueblo with an estimated 600 rooms, over 100 kivas, and a great kiva (that perhaps served the entire community).

A productive spring flows through the middle of the complex. “Upper House,” the highest portion of the West Complex, rises 15 to 20 feet above the nearby architecture, dominating the surrounding landscape. It must have been an impressive building.

To your east is the “Lower House” with some of the only visible standing masonry at the site. The “Lower House” is an L-shaped pueblo with at least eight first-story rooms. A low wall encloses the plaza with a great kiva at its center. Yucca House, one of the largest archeological sites in southwest Colorado, acted as an important community center for the Ancestral Puebloan people from A.D. 1150-1300. 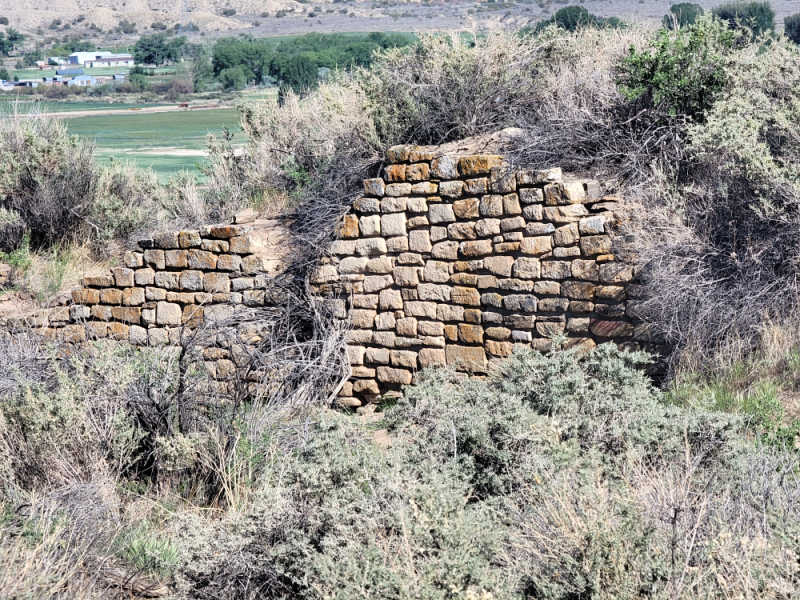 There is really one main trail that leads you to this pueblo ruins. You could explore more of the site but there are no designated trails or interpretive panels to guide you through the park.

Things to know when planning a visit to Yucca House

The park is managed by Mesa Verde National Park.

Entrance Fee - There is no entrance fee to get into the park.

There are no services available at the park.

National Park Passport Stamps - the cancellation stamp is available at the front desk of the Chapin Mesa Museum at Mesa Verde National Park.

Pets and camping are not allowed in Yucca House National Monument.

The closest gasoline and lodging are in Cortez, CO. 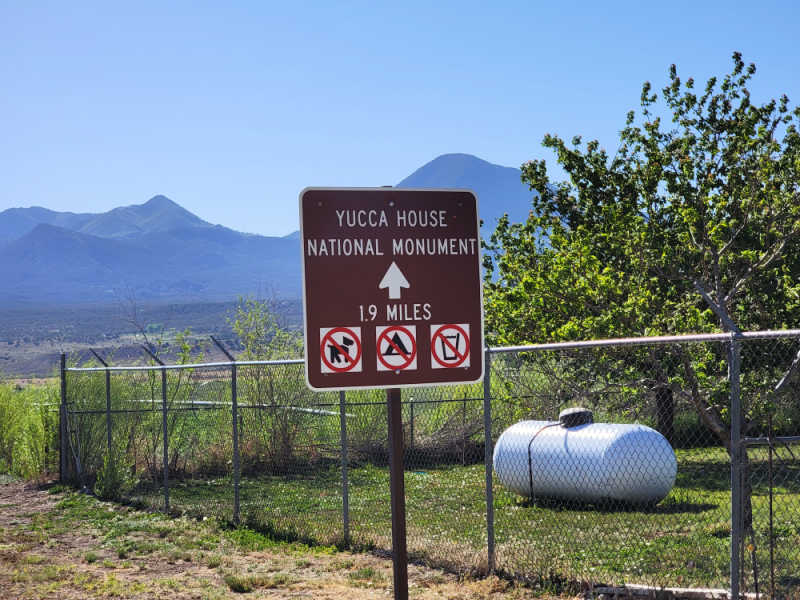 How to get to Yucca House

The directions to the park may change in the future. On January 13, 2021, the President signed the Yucca House National Monument Expansion Plan which would expand the park from 33 acres to 193 acres thanks to an amazing donation by Bernard and Nancy Karwick. The expansion would include a new park entrance off of Road 20.5

Car - There are a few brown National Park Signs as you travel to the park.  The monument is surrounded by private land. Once you leave the main highway, the road to Yucca House becomes gravel or dirt, which may be impassible in wet weather. You may need to pass through livestock gates and close them behind you.

If the gate to the farmhouse is closed you can open it and pass through just make sure to close it behind you.

Parking is next to the grass near the boardwalk to the park. You may have to park near farm equipment. 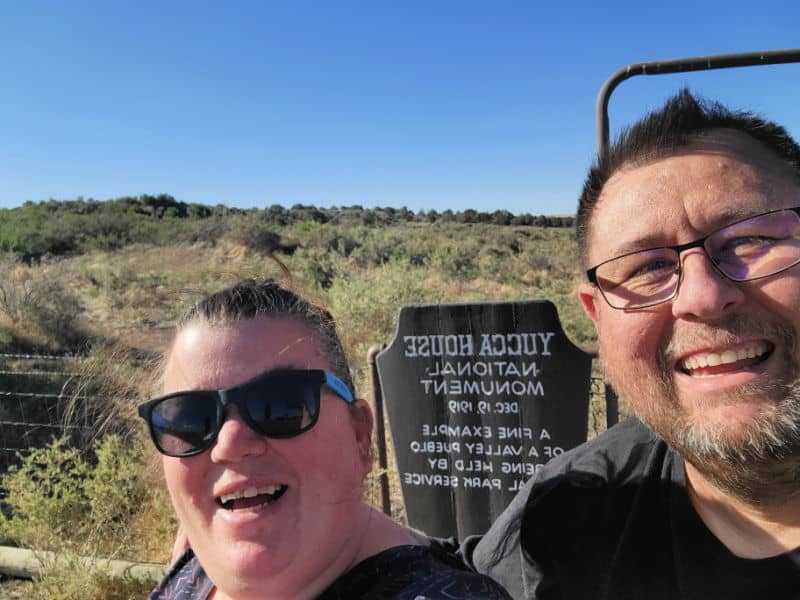