Aztec Ruins National Monument is located in New Mexico. This epic UNESCO World Heritage Site offers the opportunity to walk inside of an ancestral Puebloan Great House and reconstructed Kiva. 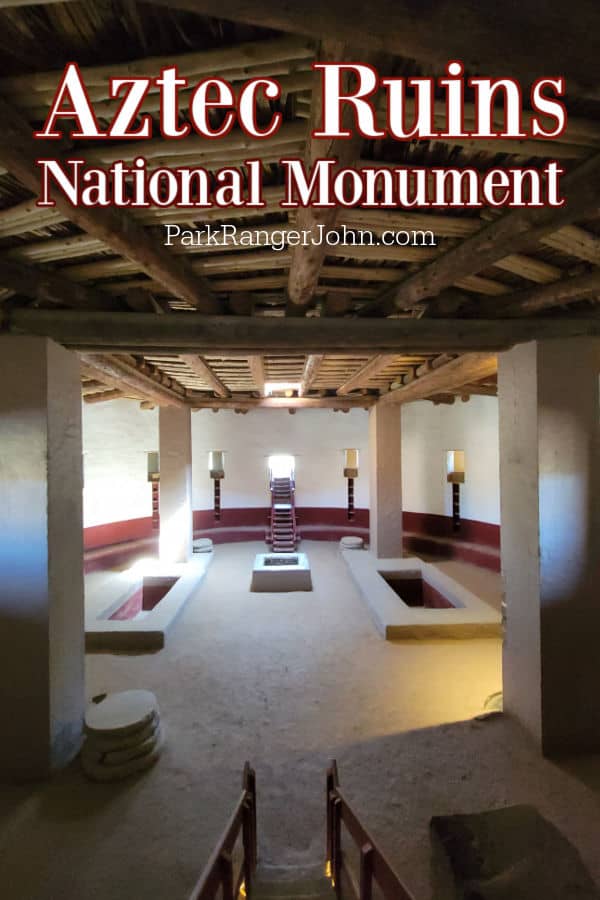 This settlement was planned and built by ancestral Puebloans from the late 1000s to the late 1200s. The settlement included large public buildings, smaller structures, earthworks, and ceremonial buildings.

This community rivaled the Chaco Canyon community which is 55 miles south and flourished from 850 to 1130.

The ancestral Pueblo People were influenced by Chacoan architecture, ceramics, and life. It is believed that the ancient people left around the late 1200s.

The Animas River flows from the San Juan Mountains and continues across the plains of northwestern New Mexico. This river provided year-round water.

One thing to remember is the name Aztec does not refer to the people of Mexico but to the Ancestral Puebloan people that lived centuries before the Aztec empire.

Today Aztec Ruins NM is a UNESCO World Heritage Site and preserves and protects the ruins. 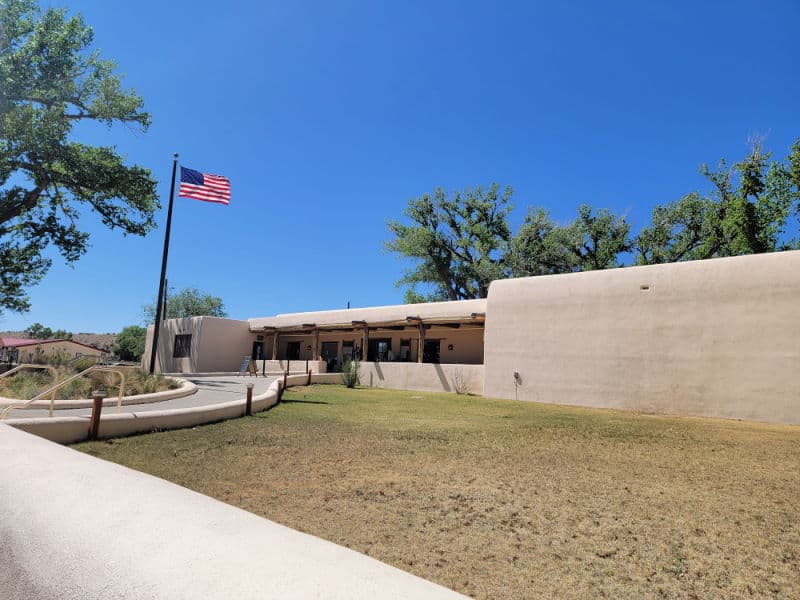 At the visitor center you can watch the park movie - Aztec Ruins: Footprints of the Past, view ancient pottery and weavings, see an original ladder from the site.

There is a park bookstore with great books and souvenirs for the park. The visitor center started as the home of pioneering archeologist Earl Morris.

Don't miss the heritage garden filled with native plants as you walk towards the self-guiding trail.

There is a great self-guided audio tour of the park available. Each of the stops is numbered and you can listen in whatever order works best for you.

There are 18 trail stops along the tour plus you can listen to cultural history on the audio tour. 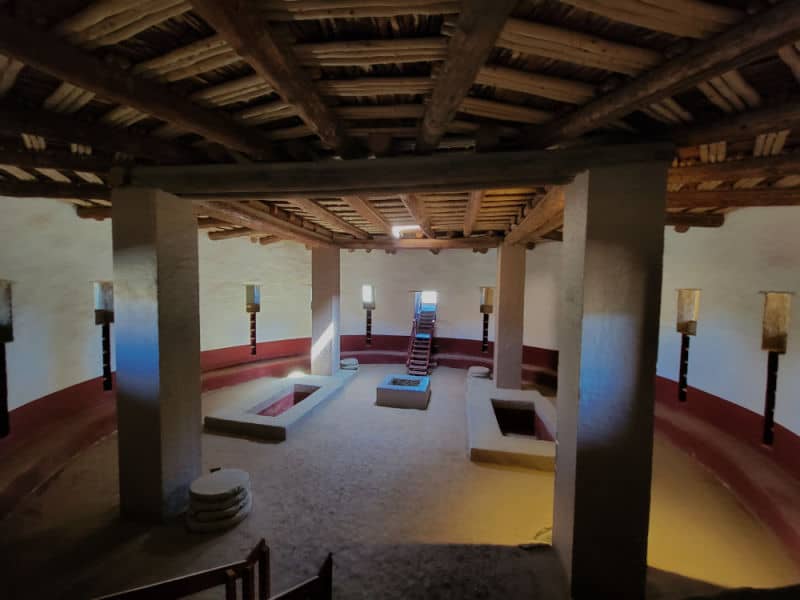 The reconstructed Great Kiva is a semi-subterranean structure that was used long ago as a ritual and social community gathering place. It was a sanctuary for the people who lived here.

Today it is a place of wonder and awe! I had to sit for a while in the Great Kiva just to take it all in. There was so much peace and tranquility just sitting in the quiet listening to the wind.

I highly suggest planning time during your visit to just sit and absorb the atmosphere of the Great Kiva. 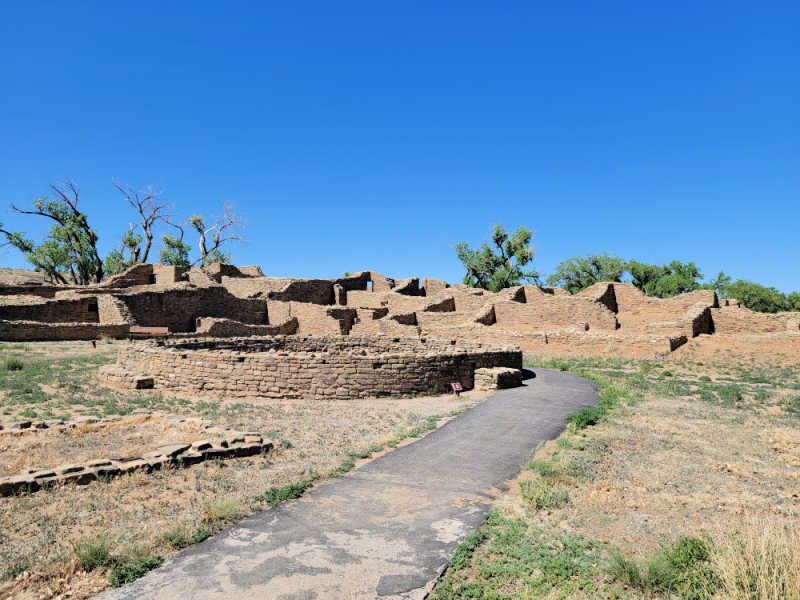 The West Ruin Trail travels 800 yards through a massive "great house" that was built in the early 12th Century. The West Ruin stands three stories tall and is wider than a football field across the back.

The large structure now known as Aztec West had over 400 rooms and many kivas.

You can explore dark chambers that were roofed with timbers cut over 900 years ago. There are trail guides available at the visitor center. 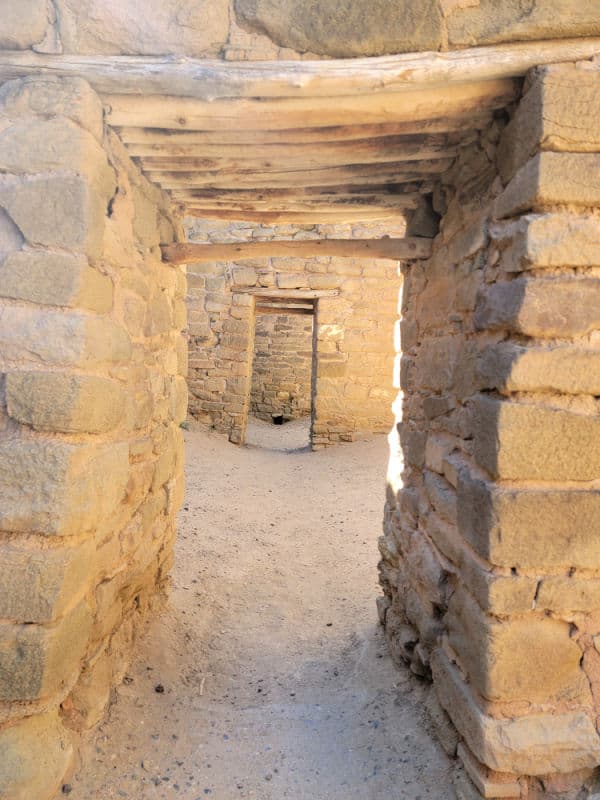 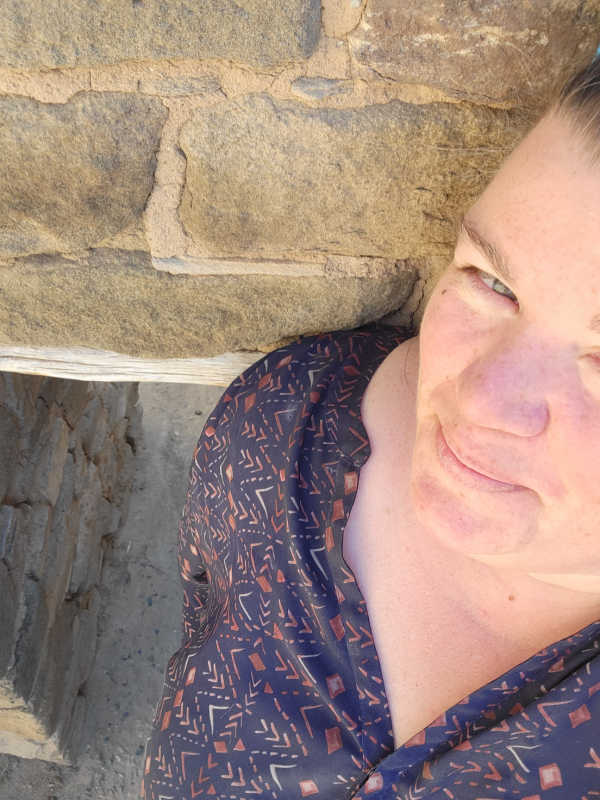 One thing to know about entering the "Great House" is there are many low entrance ways. When I say low I mean super low your knees are going to ache trying to get through them low!

If you have any mobility restrictions, knee or joint problems, or aches and pains I highly suggest being really careful about which entranceways you attempt. You can see a lot of the site without having to crawl down low.

My wife Tammilee is about 5 foot 5 inches and the doorway did not even reach her shoulders in one area. This was not the lowest doorway we found in the Great House.

The park's Junior Ranger program is super cool! You can earn a badge online or while you are in the park. Check out the online program here.

You can also pick up a program while visiting the park and talk with a ranger to earn a badge.

The Old Spanish National Historic Trail was the first recorded trade caravan from Santa Fe, NM all the way to Los Angeles, CA.

You can follow the nationally designated trail from the picnic area, over the bridge across the Animas River, and into historic downtown Aztec. 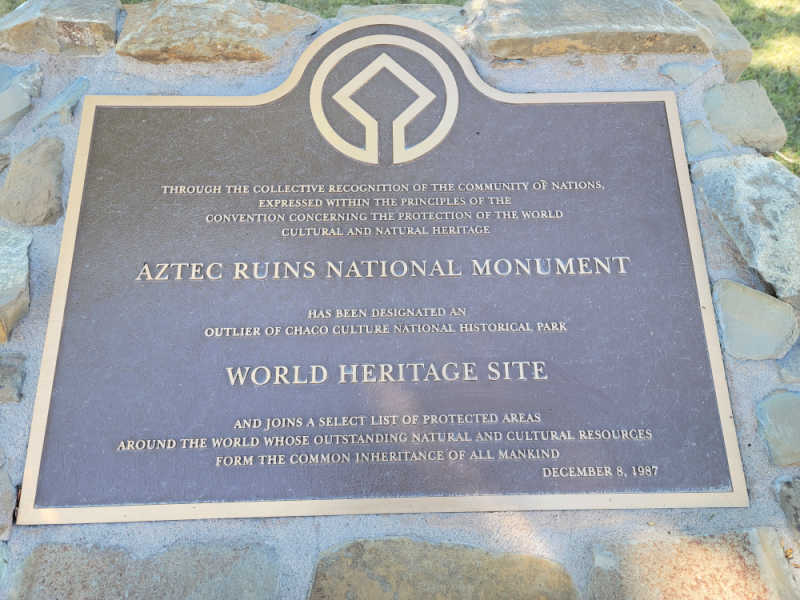 Entrance Fee - $0.00 There is no entrance fee to enter the park.

Park Hours - The monument and the Visitor Center are both open every day from 9 am-5 pm.

The monument and Visitor Center will be closed on Thanksgiving, Christmas, and New Year's Days.

Wifi - There is no public access to WiFi within the monument. The closest public WiFi options are located within the adjacent city of Aztec, NM.

Cell service - Cellphone reception is good on a variety of carriers. 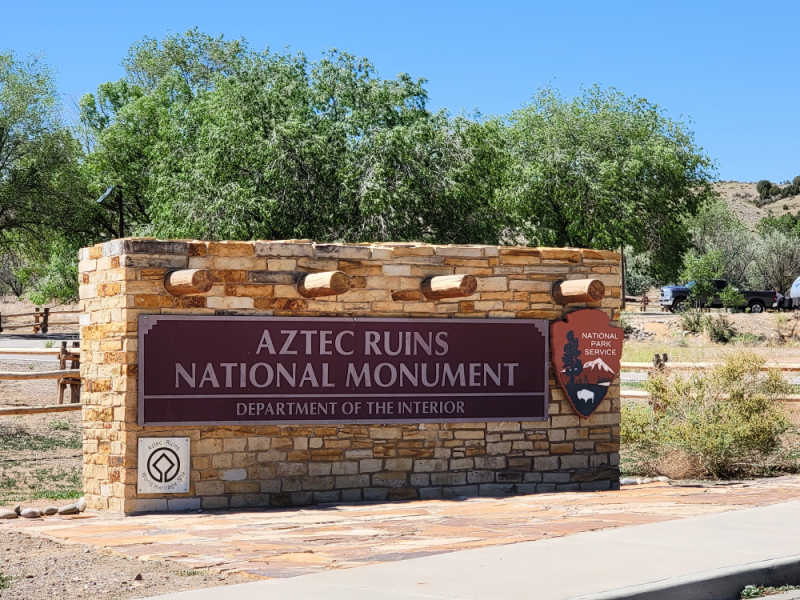