Lincoln Boyhood National Memorial is located in Southern Indiana. This memorial encompasses the land where President Lincoln lived the early years of his life. President Lincoln was the 16th president of the United States.

On this land, Abraham Lincoln would grow into manhood and really shape his values. In 1830 the Lincoln family moved to Illinois.  By this time Abraham Lincoln's mom Nancy had passed away and Thomas had remarried. 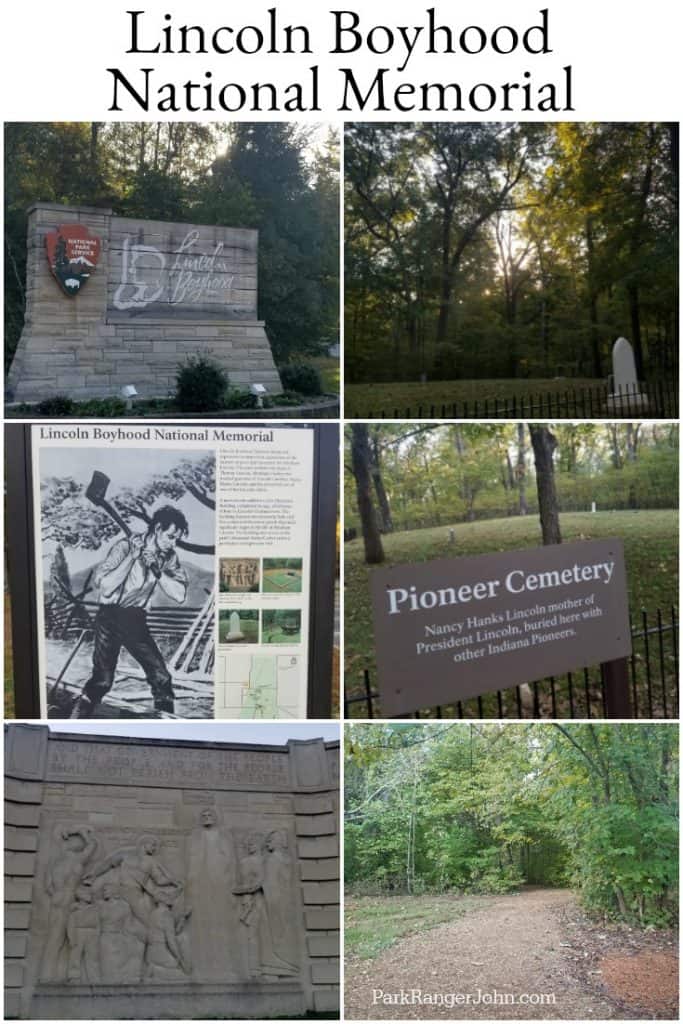 The Lincoln Boyhood National Memorial encompasses 200 acres that include a living history pioneer farm, a foundation display symbolizing the Lincoln's cabin, the grave site of Nancy Lincoln, and the spring that was the families water source. 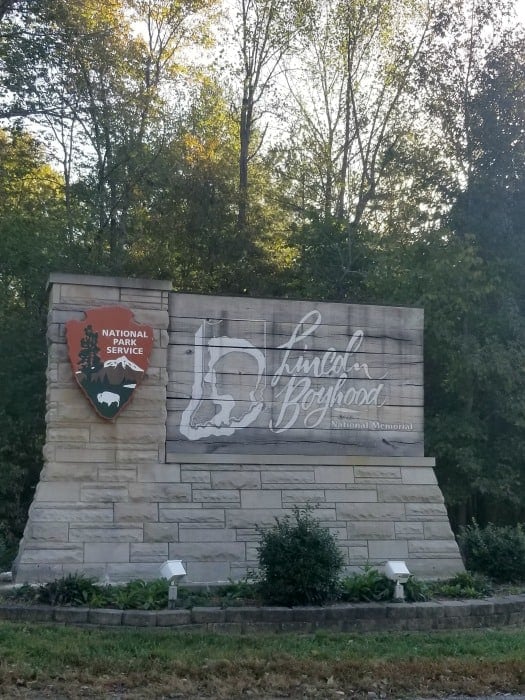 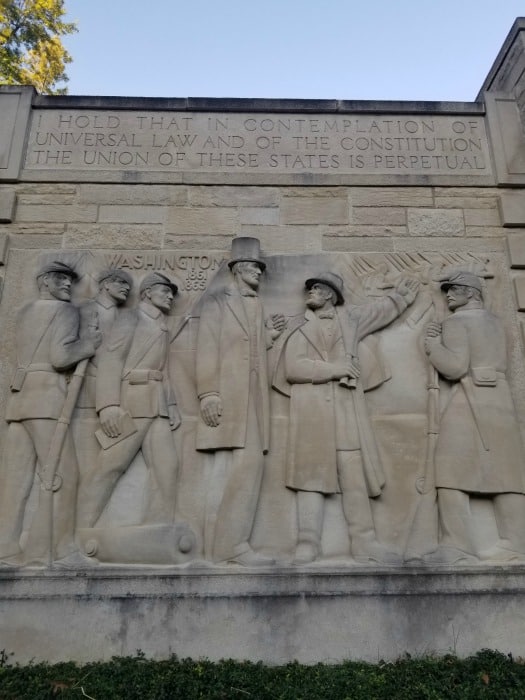 The visitor center is a great place to start your visit to this park. You can pick up a junior ranger program, park pamphlets, watch the 15 minute park film and ask any questions you may have about President Lincoln.

Make sure and check out the limestone sculpture panels depicting President Lincoln's life.

The park film Forging Greatness: Lincoln in Indiana is 15 minutes long.  The park orientation film is shown every half hour from 8 a.m. to 1/2 hour before closing. 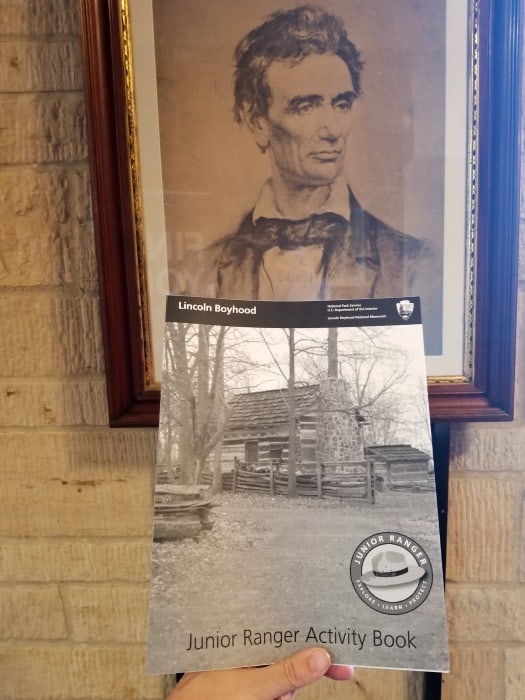 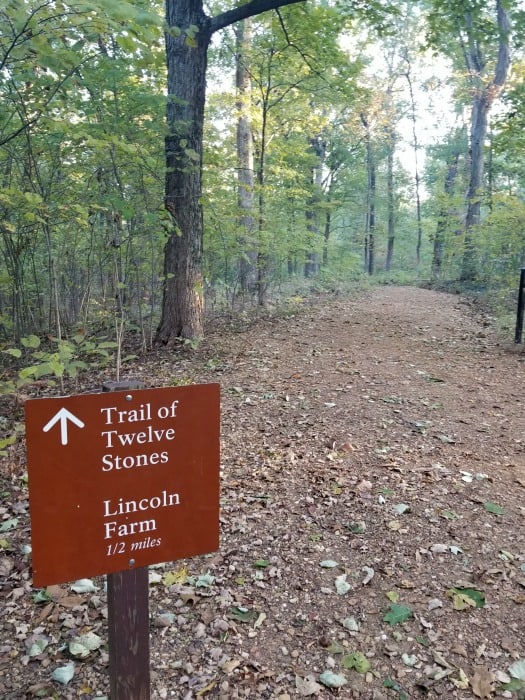 There are two miles of trails within the park. You can walk in Lincoln's footsteps and explore where Lincoln grew up.

The Trail of Twelve Stones begins at the Living Historical Farm and ends near the pioneer cemetery.

The Allee is a landscaped, tree-lined walkway that leads to the Nancy Hanks Lincoln gravesite was designed by the noted landscape architect, Frederick Law Olmstead, Jr., and was completed in 1930.

Lincoln Boyhood Nature Trail loops an area known as the "North 40". The land was a part of the original Thomas Lincoln farm but is heavily wooded today.

You can also ride your bike on park trails.

The buildings are open from mid-April through September and give you the chance to learn more about a working pioneer homestead. You can enjoy a log cabin, outbuildings, split rail fences, animals, gardens and crop fields. 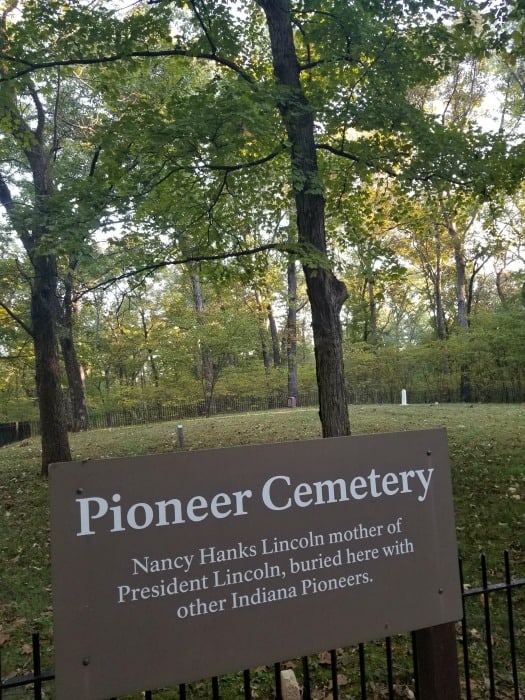 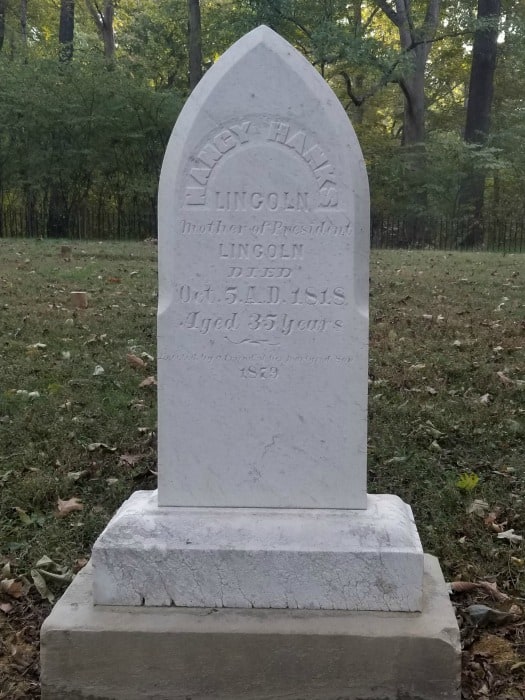 The existing headstone, erected in 1879, marks the burial spot of Abraham Lincoln's mother, who died of milk sickness in 1818.

This is the site that was believed to be where the third Lincoln cabin was located and marked in 1917. In 1936, the State of Indiana excavated the site and found the remains of sill logs and a stone hearth. 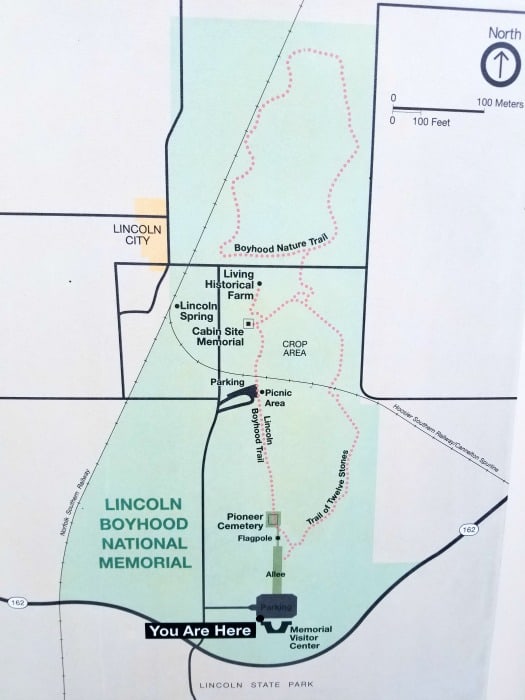 Park Fees - There is no entrance fee to visit this park

Pets - Pets are allowed at Lincoln Boyhood NM. Pets must be on leashes at all times. You can bring your pet on the trails but they are not allowed in the buildings unless it is a service animal. 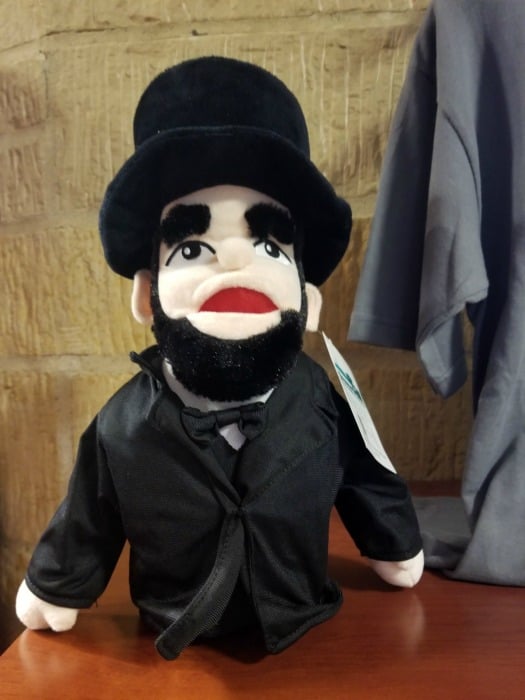 Check out all 30 US National Memorials overseen by the National Park Service. 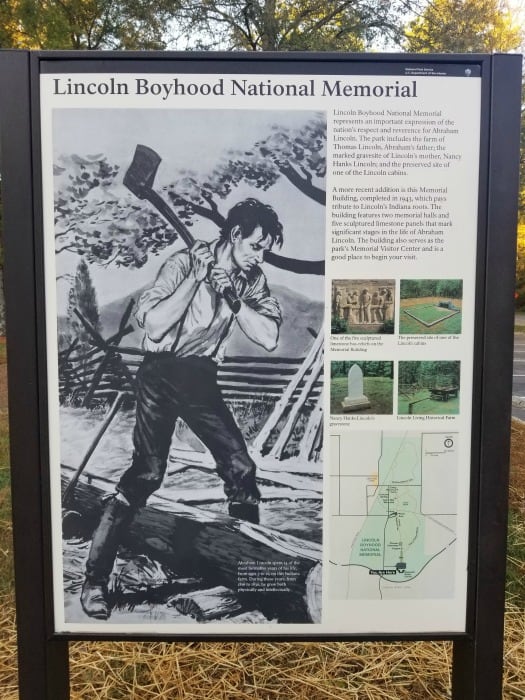