The Vietnam Veterans Memorial is one of the most popular memorials in Washington DC. This memorial is a tribute to a controversial war. 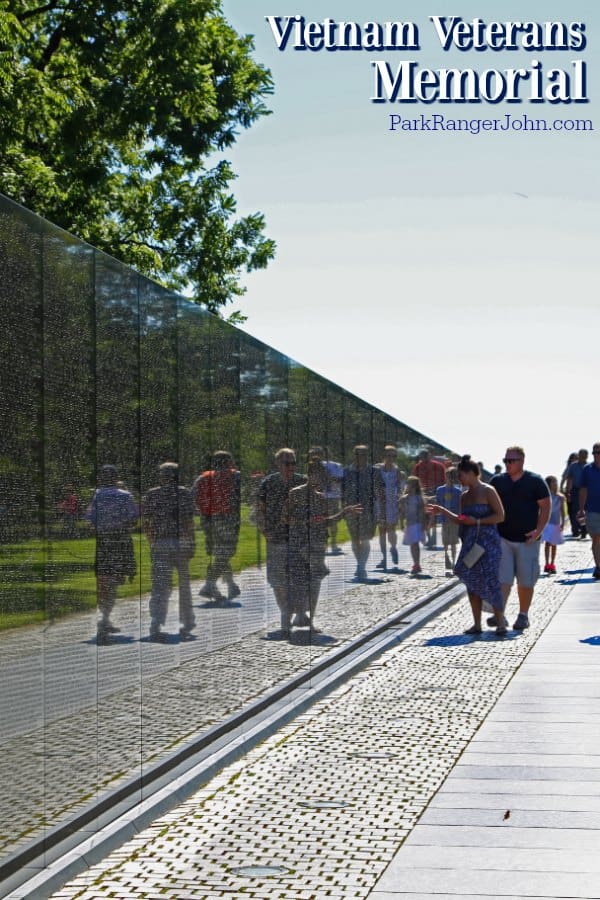 The Vietnam War of the 1960s and 70s saw more than 58,000 American military personnel killed while serving in the war zone.

The Memorial Wall was dedicated in 1982. It is a V-shaped polish black granite wall that runs 246 feet long. Names of all who diest in the war or who are listed as missing in action are displayed on the wall.

It was designed by Maya Lin who at the time was a student at Yale University. Maya Lin said, "The names would become the memorial."

She designed the wall so to allow everyone to respond and remember.

Initially, the wall led to some controversy because people felt it was abstract. The Three Soldiers were added facing the wall but at a distance to not intrude on the design of the memorial wall. 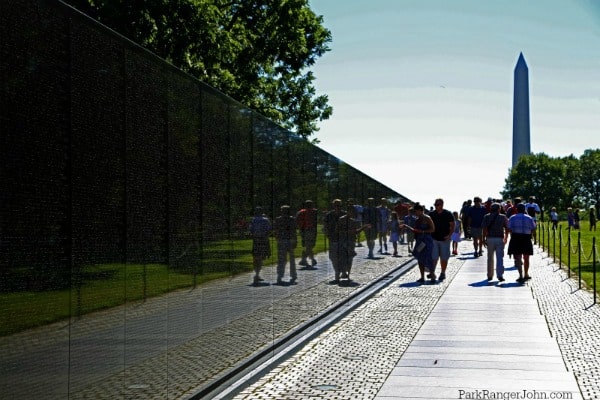 How many names are on the Vietnam War Memorial?

Approximately 1200 of these are listed as missing (MIA's, POW's, and others)

How do you find a name on the Vietnam War Memorial?

The names are listed in chronological order based on the date of casualty, and within each day, names are shown in alphabetical order.

To help locate a relative or name make sure to search the Vietnam Veterans Memorial Fund’s Virtual Wall before you head to the park.

You can also look at the printed registries available at the memorial which are organized alphabetically by last name. 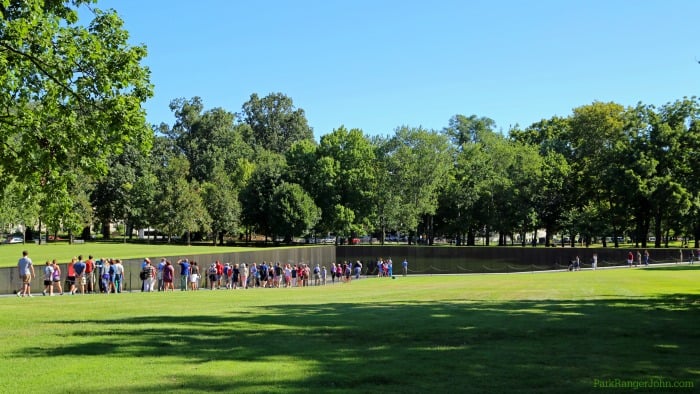 When was the Vietnam War Memorial Built?

On March 11, 1982, the design and plans received final Federal approval.

The Gilbane Building Company acted as the general contractor, and the architectural firm of Cooper-Lecky Partnership supervised the construction.

The Memorial Wall was completed in late October and dedicated on November 13, 1982, after a week-long salute to Vietnam veterans. 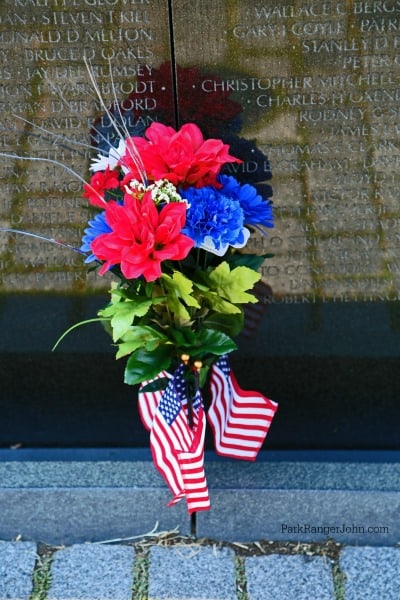 What happens to items left at the Memorial Wall?

National Park Service staff collect the items and if they are non-perishable they are archived in a storage facility. While the archive is not open to the public you can visit the Items Left at The Wall virtual collection of nearly 500 items left at the Vietnam Veterans Memorial that can be seen at www.vvmf.org/items. 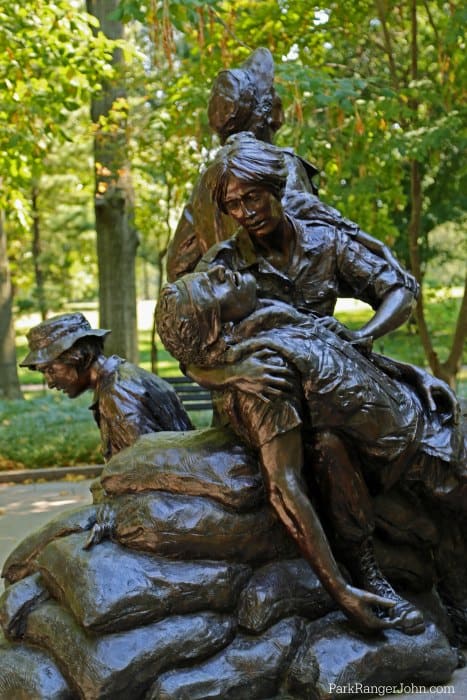 Located just north of the Reflecting Pool. The memorial was dedicated in 1993 and portrays three women caring for a fallen soldier.

This memorial was created to honor women who served and risked their lives for their country. 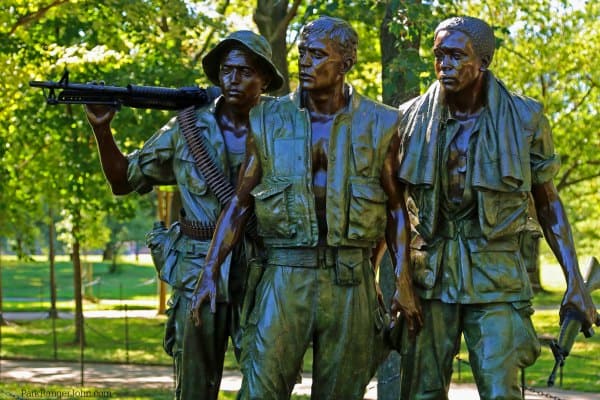 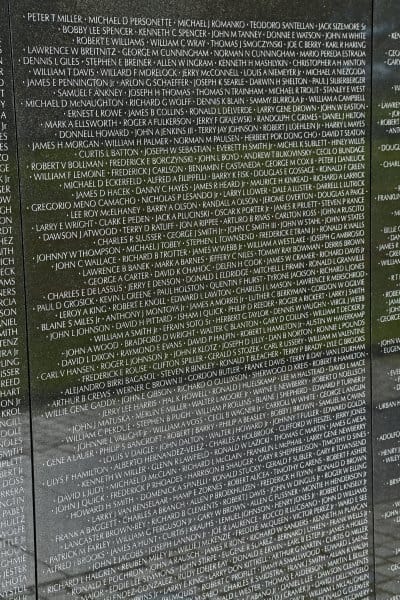 The memorial is free and open to the public 24 hours a day.

Where is the Vietnam War Memorial Located?

The Vietnam Veterans Memorial is located on the National Mall along Constitution Avenue NW between 21st and 23rd streets.

The closest Metro stops are Foggy Bottom or Federal Triangle on the Orange, Blue, and Silver lines.

Driving routes to the National Mall

Check out the most visited National Park sites

It is hard to believe that some of the least visited National Park Sites are within Washington DC!

Check out all of the US National Memorials