The Franklin Delano Roosevelt Memorial is in Washington D.C. on the Southwestern side of Washington D.C.'s Tidal basin. The memorial covers more than 7 acres and includes four open air galleries, one for each of FRD's terms. You can also find waterfalls and other water features at the memorial.

The water features reflect the importance of water in Franklin D. Roosevelt's life. He served as assistant secretary of the Navy during World War I.  You will also find amazing quotes from Roosevelt.

Franklin D. Roosevelt is the only American president to serve four terms. He was elected president in 1932 during the Great Depression. President Roosevelt passed away in office in 1945. As president he led the nation during the depression and served as the commander in chief during World War II. 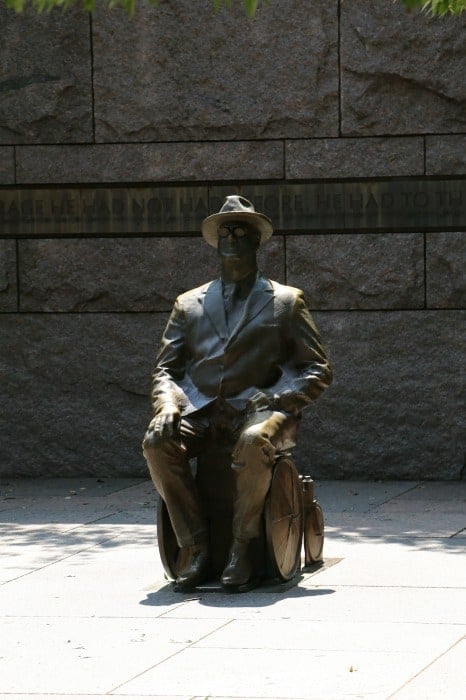 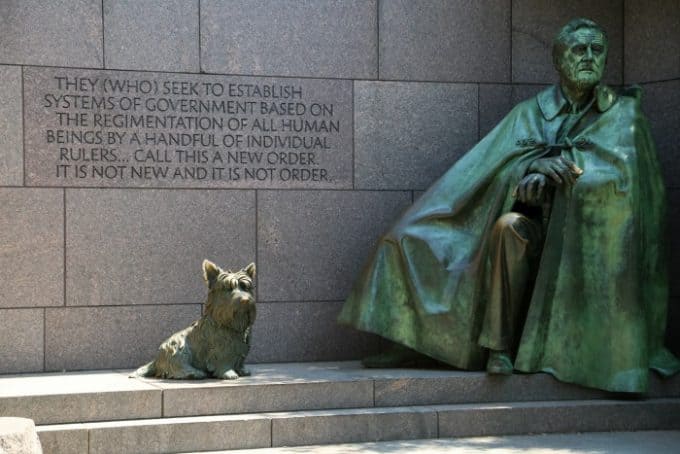 There is also a statue of Eleanor Roosevelt standing in front of the seal of the United Nations in recognition of her service as a delegate. 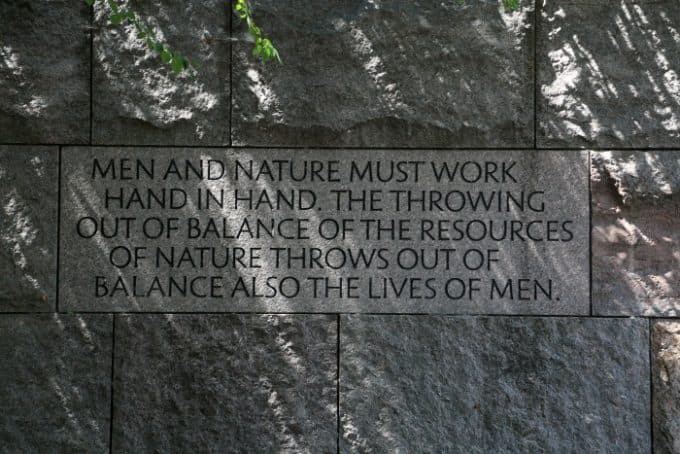 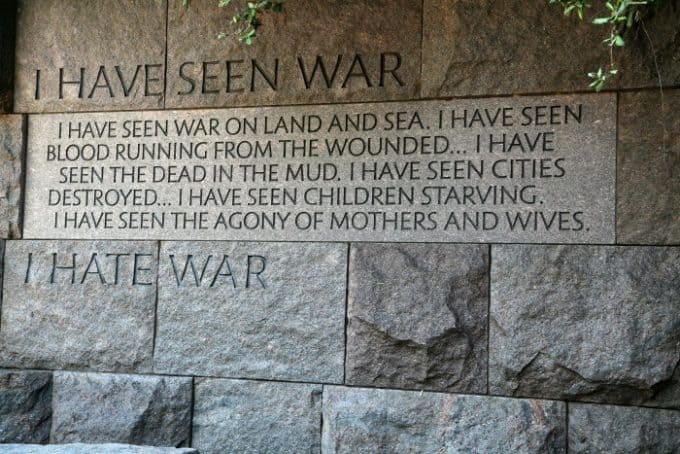 Things to know when visiting the Franklin Delano Roosevelt Memorial

Park Hours - This park is open 24 hours a day

Park Fee - There is no fee to visit this park

Visitor Center - This park does not have a visitor center.

Park Rangers are available in the area to answer questions about the park. 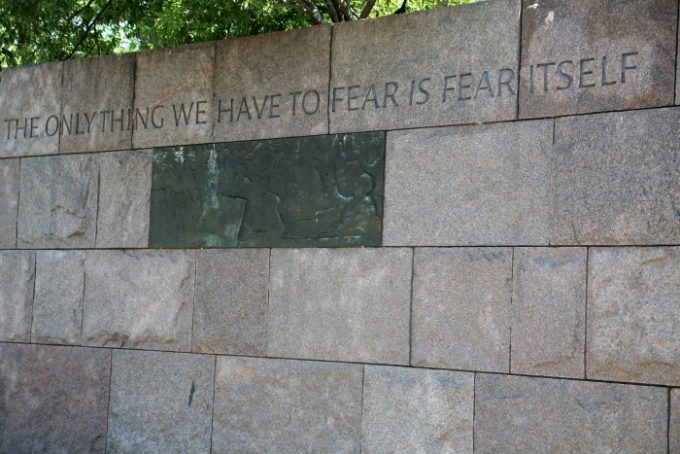 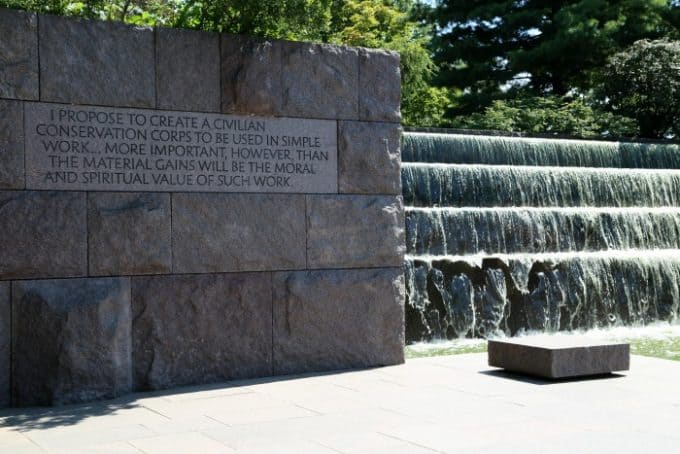 Other great National Parks in the Washington DC Area