To be alive on the western fringes of the Great Plains to be on terms with the wind. The wind is a messenger, foretelling storms; it is an explorer, searching shadowy ravines; and it is a musician, swishing through grasses and rustling the cottonwood leaves. When it hesitates, the plains are not themselves: the stillness seems alien to this place.

Yet it is in such moments of quiet that another wind can be heard at its best, an echo from within the earth itself. This wind shooshes through a small vent in a rocky ravine, sometimes inhaling, and then hours or days later exhaling in response to the changes in atmospheric pressure that mark the eternal rhythms of storm and sunshine. 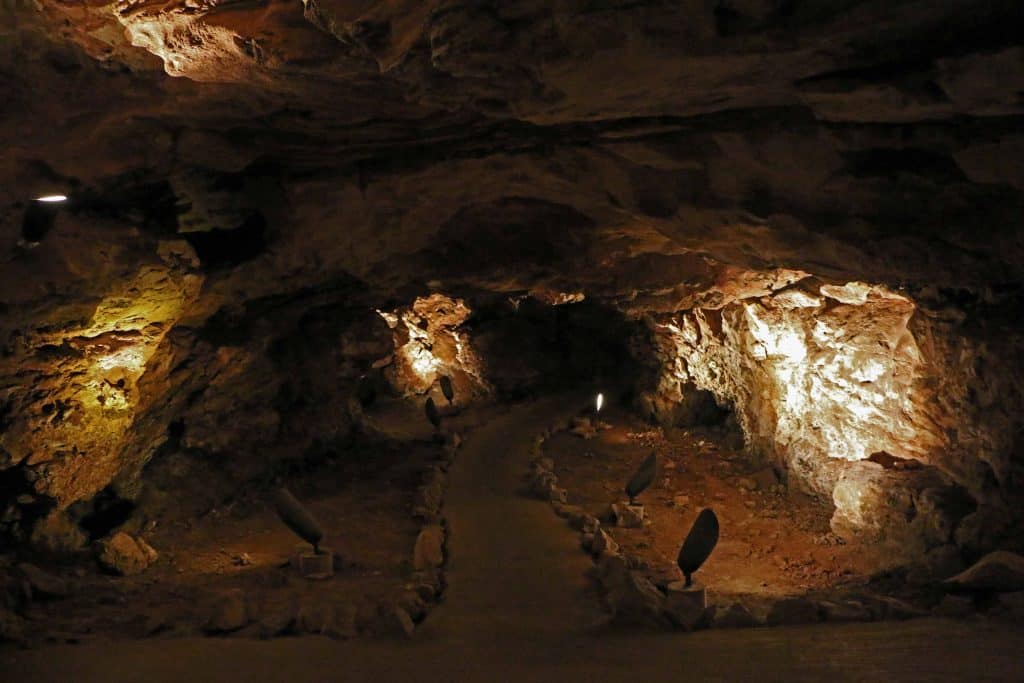 Winds have whistled through that vent for eons, but its presence was unknown to local settlers until a calm spring day in 1881 when, it is said, two brothers tracking a wounded deer heard the sound of wind and, turning around, saw a patch of grass waving violently in the still air.

Moving closer, they found a hole in the rock and when they knelt to peer inside, the force of the wind blew off one of their hats. One of the men returned later to show some friends the strange "blowhole," but to his astonishment, the air that day was being drawn in, so violently, in fact, that it sucked the hat from his hands as easily as a bison inhales a gnat.

Although the brothers did not realize it, under them was a cave so large that it must breathe in order to equalize the air pressure inside with that on the outside. The extent of the labyrinth is remarkable: more than 78 miles of passages have been charted so far in this maze of rooms and passageways tiered in many interlocking levels that span a vertical distance of 650 feet.

Even today, almost a century after a 17-year-old named Alvin McDonald became the first person to explore the cave in earnest, its innermost secrets have not been revealed.

Seas of Grass, Islands of Trees
The landscape above the hidden cavern, on the other hand, is an open book for all to read. Most pervasive are the grasslands, washing up across the rolling hills of the eastern regions of the park like the swells on a seemingly endless sea.

This is mixed-grass prairie, part of a vast north-south belt of prairie with grasses of medium height, not as verdant as the famed tallgrass prairies far to the east, but not as harsh as the shortgrass prairie farther west. Responding to the warm sunshine of early summer, the grasses, blue grama, western wheatgrass, little bluestem, grow lush, green, and as much as three feet tall, bearing seeds in their turn and ripening into a golden sea.

Wildflowers, lavender horse-mint, purplish pasque flowers, blue spiderworts, white sego lilies, and many others, splash the prairie with color. Meadowlarks sing in the warm summer light, celebrating life by claiming patches of land as their own individual territories. 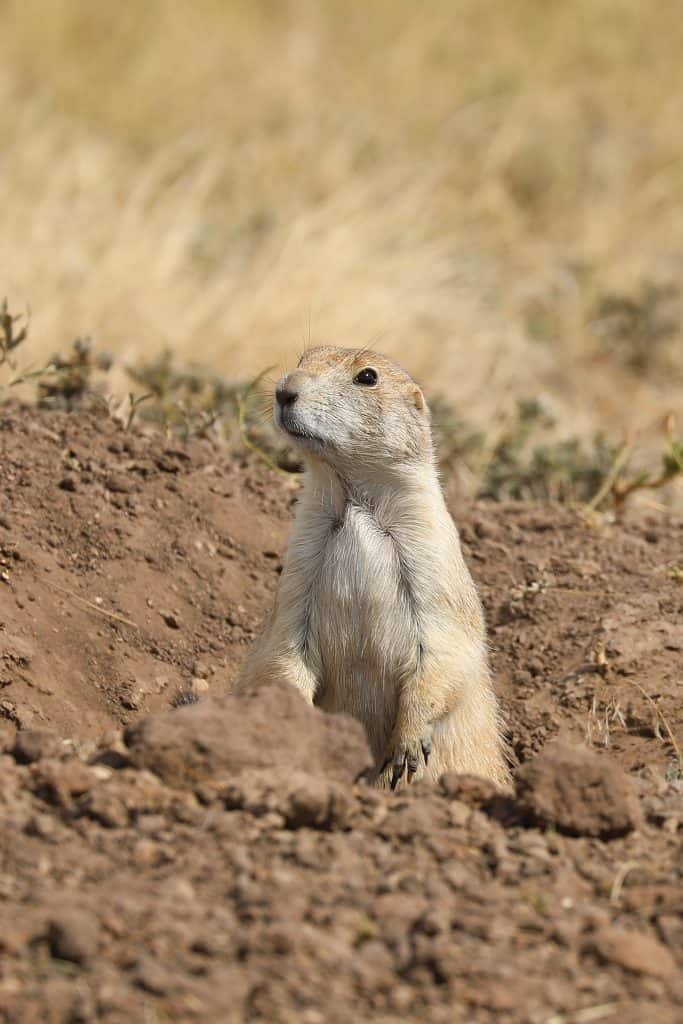 The Wind Cave NP is more than grasslands, however. Here on the southeastern shoulder of the densely forested Black Hills, pines venture tentatively into the open lands, the vanguard of a slow invasion that nature once kept in check with prairie fire.

These are ponderosa pines, deep-rooted trees that, once established, can endure the drought of the prairie. Pure stands of pines crowd the higher, rocky western areas of the park, while isolated groves dot the grass-covered eastern regions.

Other trees find refuge at Wind Cave too, but are restricted to a few areas with just the right growing conditions. Lacing through the park, in deep, steep ravines where moisture is not so scarce, are woodlands made up of broadleaf trees and shrubs.

Their presence in a region mostly given over to prairies and ponderosa pines tells botanists something that the casual visitor might not notice: because of its location and varied topography, Wind Cave is both meeting ground and range limit for strikingly different plant and animal communities.

Here the bur oak and American elm reach the westernmost limits of their range, both within a stone's throw of ponderosa pines and Rocky Mountain junipers, growing at their eastern frontier. Paper birches, normally at home in cool northern forests, also hide in isolated pockets along the shaded watercourses, while on dry, south-facing slopes, prickly pear cacti and yuccas, plants associated with southwestern deserts, find suitable terrain.

To people attuned to the avian world, the park's mosaic of contrasting life zones is immediately apparent. Rock wrens, denizens of drier regions of the park, sometimes exchange songs with house wrens, inhabitants of the moist woodlands.

The flutelike gurgling of the meadowlark, resounding from the grasslands, occasionally can be heard competing with the long, loud warbling of the Townsend's solitaire, a bird of the coniferous forests. It is even possible to spot such birds of the plains as a prairie falcon or sharp-tailed grouse within minutes of sighting woodland birds like a white-breasted nuthatch or redheaded woodpecker, all from the same vantage point.

With luck, a visitor might also get to see some of the larger creatures that live mainly in the wooded areas, a bobcat, perhaps, or a wild turkey. Mule deer are almost certain to put it in an appearance; they quickly lose their fear of humans when not hunted.

The park's 350 or so elk are more elusive, retiring to the cover of deeper woods during daylight hours. At dawn and again at dusk, however, they can often be seen in moist meadows, since they come out at night to graze on succulent grasses and herbs.

Find out about Wind Cave Camping and how to stay in the park so you can experience more of it.

Don't miss the amazing Things to do in Wind Cave National Park for ideas on what not to miss during your visit.