Epic Guide to Herbert Hoover National Historic Site in Iowa including things to do, guided tours, history, how to get to the park, and more. 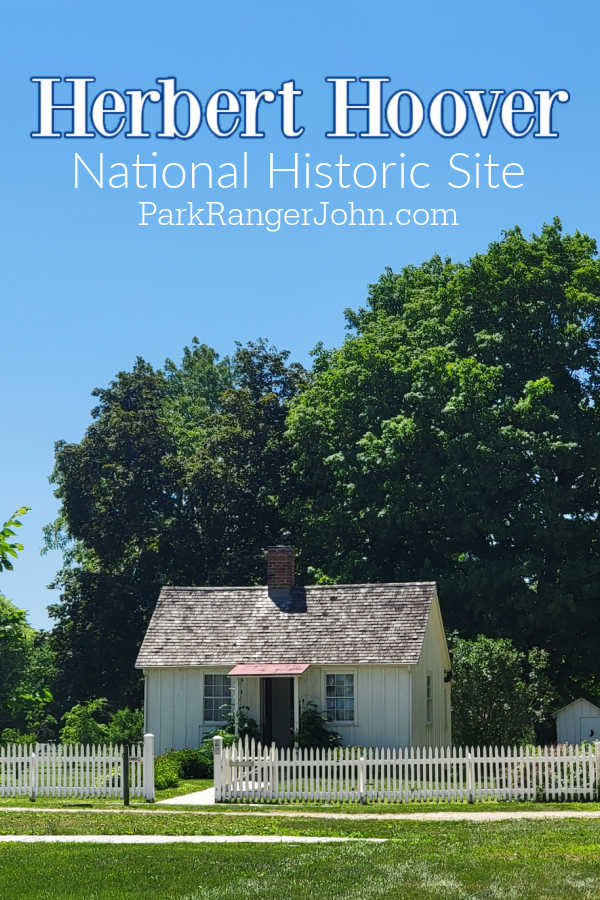 "My country owes me no debt. It gave me, as it gives every boy and girl, a chance. It gave me schooling, independence of action, opportunity for service and honor. In no other land could a boy from a country village, without inheritance or influential friends, look forward with unbounded hope."

During Herbert Hoover's presidency from 1929 to 1933, the land designated for new national parks and monuments increased by 40 percent.

Recreation grounds and natural museums are as necessary to advancing our civilization as are wheat fields and factories.

Herbert Hoover was president of the National Parks Association in 1924. Hoover’s administration increased appropriations for national park operations from $2.2 million in 1929 to $3.7 million in 1932. National parks saw an increase in visitors from 1929-1932, 3.4 to 3.8 million.

The Hoover administration formally opened two National Parks that were established before his election - Grand Teton and Carlsbad Caverns.

Camp Rapidan in Shenandoah National Park was President Hoovers nature retreat. He spent $120,000 of his own money to build the rustic fishing cabin. When he left the White House in 1933 the mountain retreat was donated to Shenandoah NP. 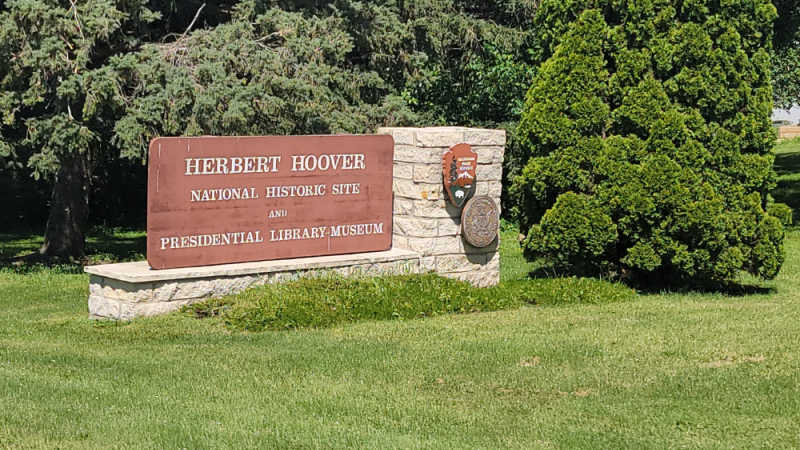 Yes! We were so impressed with Herbert Hoover NHS! The park was so much more than we thought it would be when planning our trip.

The grounds are amazing and feel like you are stepping back in time. It is a park you will want to plan time to explore.

Herbert Clark Hoover was born on August 10, 1874 in West Branch, Iowa to a respected, honest, and simplistic couple.

He was the first president to be born west of the Mississippi River.  Hoover had an older brother, Theodore, and then a younger sister, Mary.  Hoover’s father, Jesse, was of German, Swiss and English ancestry.

His mother, Hulda, was raised in Ontario before moving to Iowa in 1859.  Jesse was a Quaker blacksmith and farm equipment salesman.  His father was a caring and friendly businessman and his mother was actively involved in the church.

He and his brother and sister lived at a nearby farm with his uncle in Iowa for nearly two years until Hoover was sent to his uncle John’s in Oregon.

John, a physician, was the person who saved Hoover’s life when he was two and nearly died from the croup.

As a young man living in the west, Hoover worked as a miner in the Sierra Nevada Mountains and eventually was hired by a company that took him to Australia and eventually China.

By age 40, Hoover had been made a millionaire in the mining industry.  In 1900, Hoover married Lou Henry; they would eventually have two children together, Herbert Jr. and Allan.

During World War I, Hoover saw firsthand the food crisis in Europe.  Hoover was soon appointed head of the U.S. Food Administration.

Hoover earned worldwide acclaim for his humanitarian efforts in Europe during and after the war.

As Secretary of Commerce under President Coolidge, Hoover played a vital role in the technology of radio broadcasting as well as the construction of a dam on the Colorado River, which is named after him.

Hoover won the presidential election in 1928 and just seven months into his term, America was thrust into economic crisis and the Great Depression.

Millions of Americans lost their jobs and homes and were forced to live in shantytowns, aptly named “Hoovervilles” by civilians.

Because of his long-held conservative beliefs, namely that government should not play a large role in the lives of Americans, Hoover was often criticized for his reaction to the Depression.

Lou Henry Hoover died of a heart attack in 1944 and was buried in California.  President Hoover died in 1964.  Before his death, he made it known that his most memorable and formative years were back in humble Iowa farm country and he wished for he and his wife to be buried side by side at the place of his birth.

After Hoover’s death, over 100,000 people lined the funeral procession of approximately 30 miles between Cedar Rapids and West Branch, Iowa.  When standing at the burial site of the President and his wife, you can see Hoover’s birthplace cottage.

Built in 1871 by Jesse Hoover and his father Eli, Hoover’s birthplace was a two bedroom cottage built across the street from Jesse’s blacksmith shop.

The home’s foundation stones were shipped by wagon from the prairies and the timber from a sawmill in nearby Muscatine, Iowa.

Hoover lived in the modest family cottage until he was three years old, at which time Jesse’s prosperity afforded that the family could build a bigger home about a block away.

The cottage was owned by the Scellers family for nearly four decades, up until 1934.  The Scellers had moved the cottage to face the south and built a two-story home to live in, which was connected to the cottage.

For years Mrs. Scellers enjoyed visitors showing up at the house wanting a little piece of educational history on the 31st President.  She eventually began charging ten cents and let visitors tour her home.

Mrs. Scellers found it interesting that many visitors were from Europe; visitors who spoke highly of Hoover’s humanitarian efforts during the war.

In 1935, after Mrs. Scellers passed away, the Hoover family reacquired the property as their son Allan purchased the home.

Allan’s first move was to demolish the two-story home, move the birthplace cottage to its east-facing location, and restore it to its original 1870s look.

The family believed that creating the area exactly as it was in the 1870s created a true experience for visitors to see how Hoover grew up in small town Iowa.

Before their deaths, the Hoovers improved the buildings, land, and environment surrounding the little cottage.

The country of Belgium gifted Hoover with an Isis statue to thank him for his efforts during the war; this gift was placed at the park.

The site was officially established in 1965.  Hoover’s schoolhouse and place of worship were moved to the site eventually as well.  Located in present-day downtown West Branch, the site also includes other buildings that would have stood at the time Hoover lived there as a boy.

Between 1869 and 1873, West Branch was a boomtown.  Its growth continued after the President was born and well into the 20th century.

Although the second home the Hoover’s lived in after the cottage no longer stands, Downey and Poplar Streets boast homes of numerous time period neighbors to the Hoover.

These sites include the homes of Laban Miles, the brother-in-law of Hulda Hoover, the home of P.T. Smith, whose hill Hoover would sled on with his friends, and the home of John Wright, another local blacksmith.

In 1931, famous Midwest painter Grant Wood was commissioned by Iowa businessmen to create a painting of the Herbert Hoover birthplace site.  The painting ended up being sold to a dealer after Hoover declined it because the large two-story home was the prominent building in the painting, overshadowing the birthplace cottage. 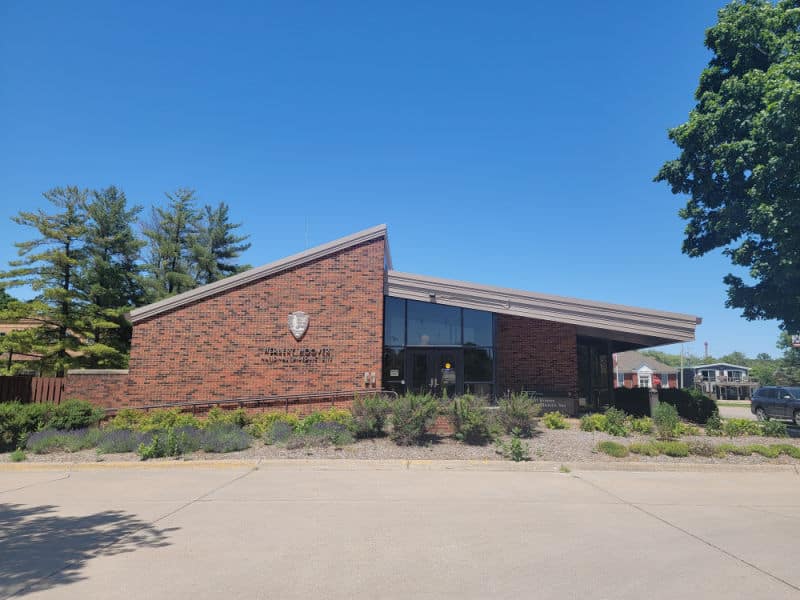 There is a $10 entrance fee for adults to visit the Herbert Hoover Presidential Library and Museum.

Pets are allowed in the park as long as they are on a leash less than 6 feet in length.

Pets are not allowed in park buildings or the visitor center.

The grounds of the historic site are open 24 hours.

Free public Wi-Fi is available at the visitor center.

There is a nice size parking lot in front of the visitor center. There is also parking areas by the presidential library and tallgrass prairie overlook.

The park has two picnic shelters perfect for bringing lunch or snacks.

You can also picnic where Herbert Hoover celebrated his 80th birthday in 1954 at a picnic shelter built by Boy Scouts. 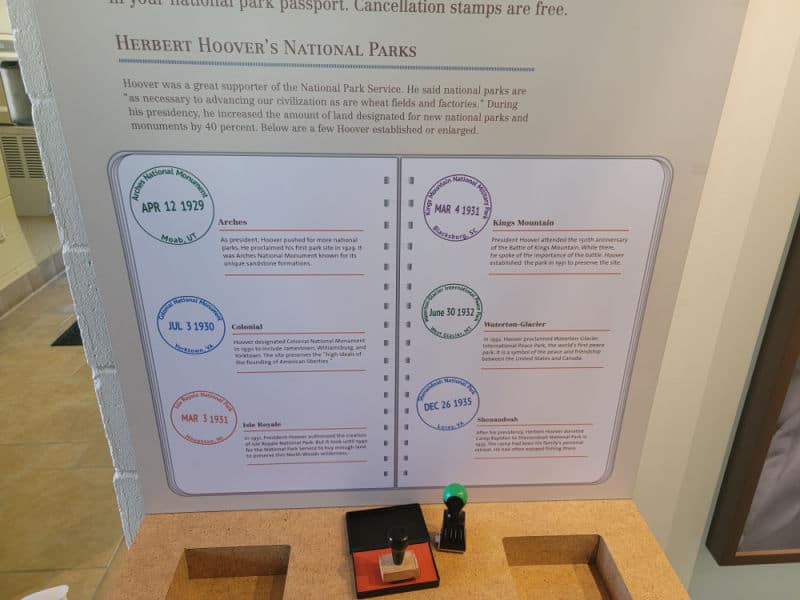 Herbert Hoover NHS is part of the 1999 Passport Stamp Set.

There are at least 17 EV Charging Stations within 10 miles of West Branch, Iowa 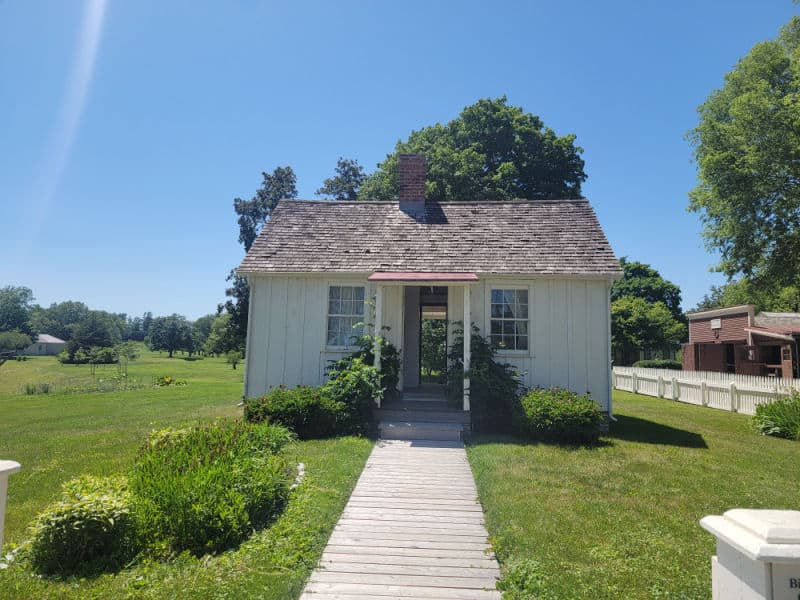 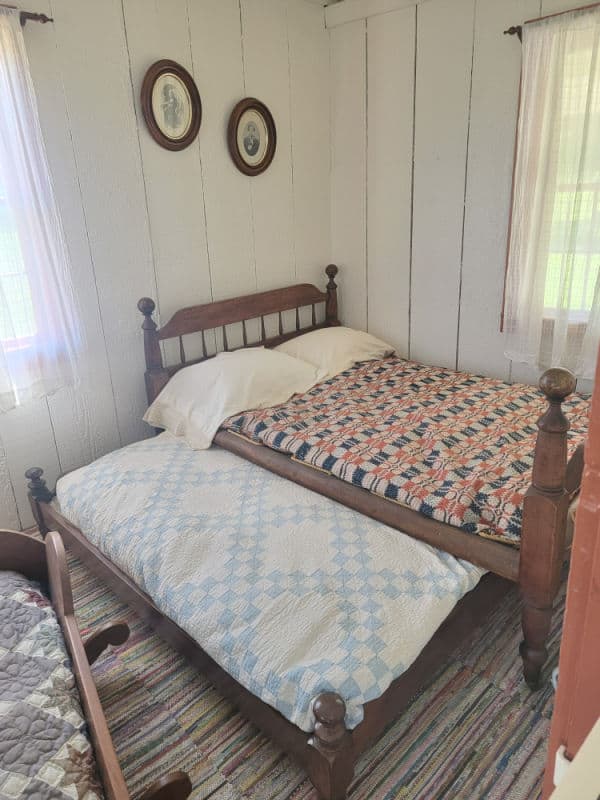 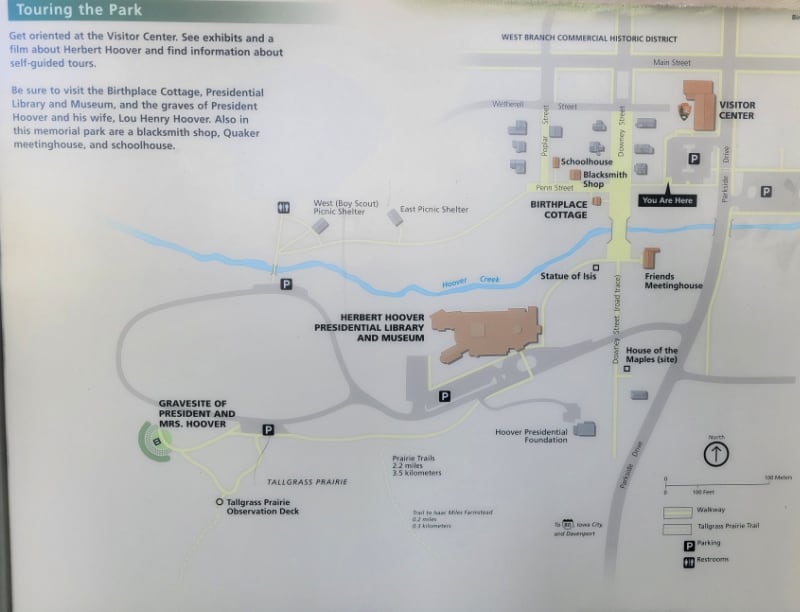 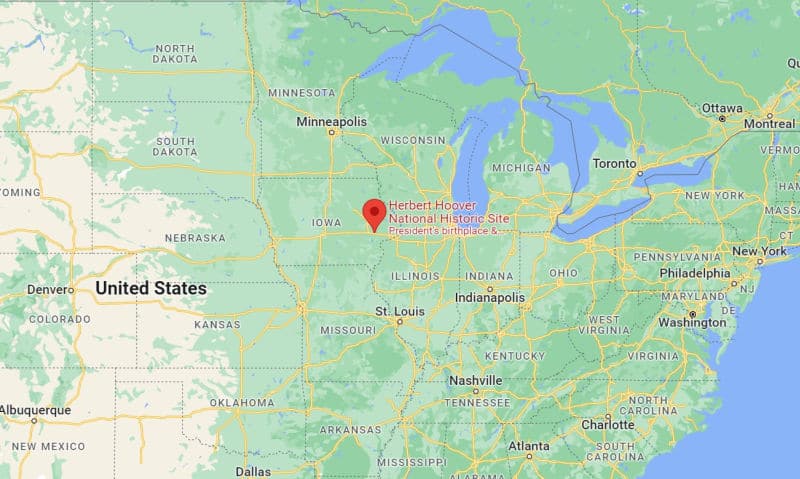 Herbert Hoover NHS is located in east central Iowa. It is a Midwest National Park Site.

The visitor center is located in West Branch, Iowa. This is the perfect place to start your visit to the park.

There is a great parking area right next to the visitor center with easy access to the Birthplace Cottage and other sites. 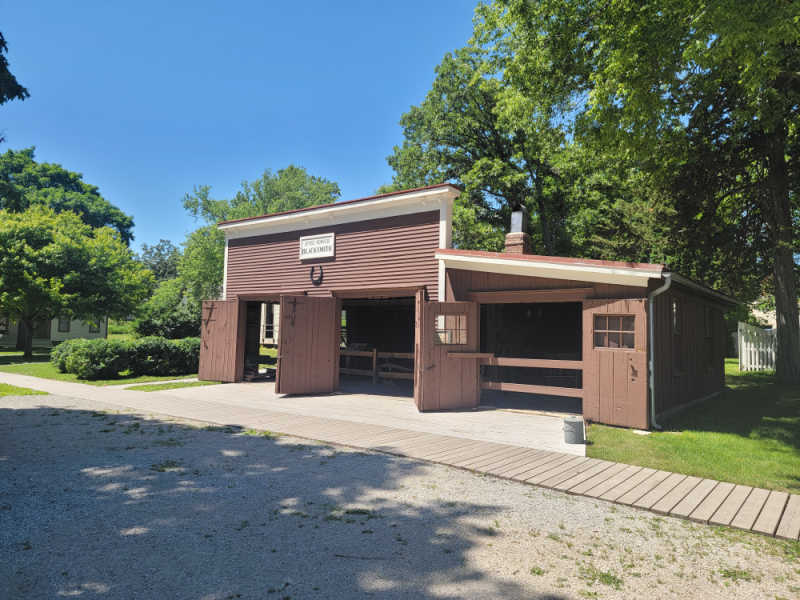 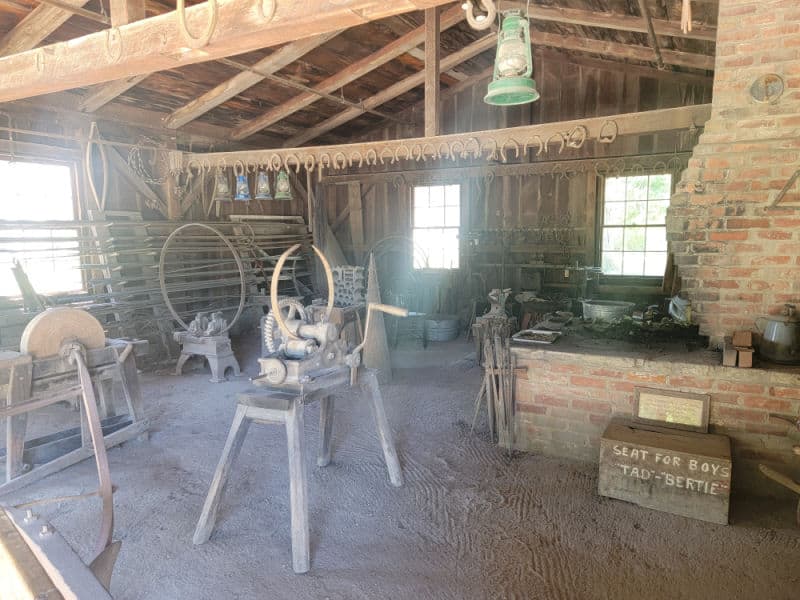 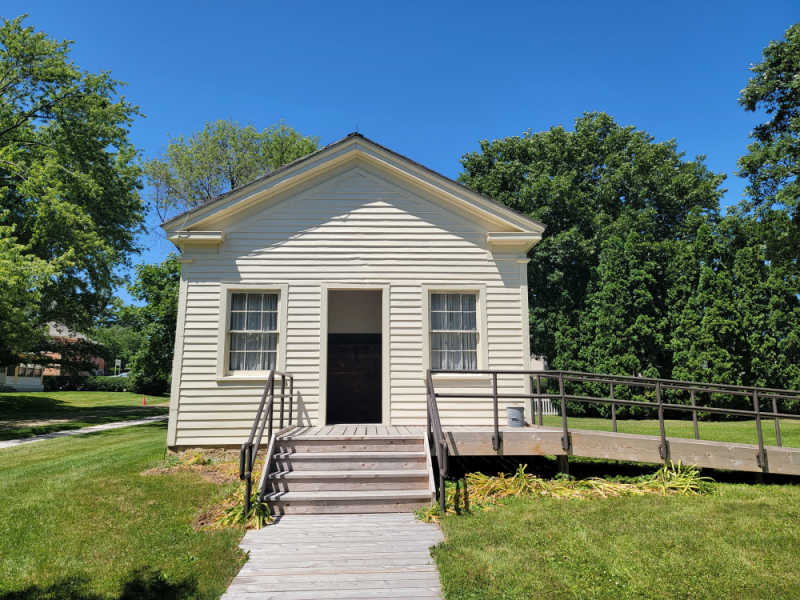 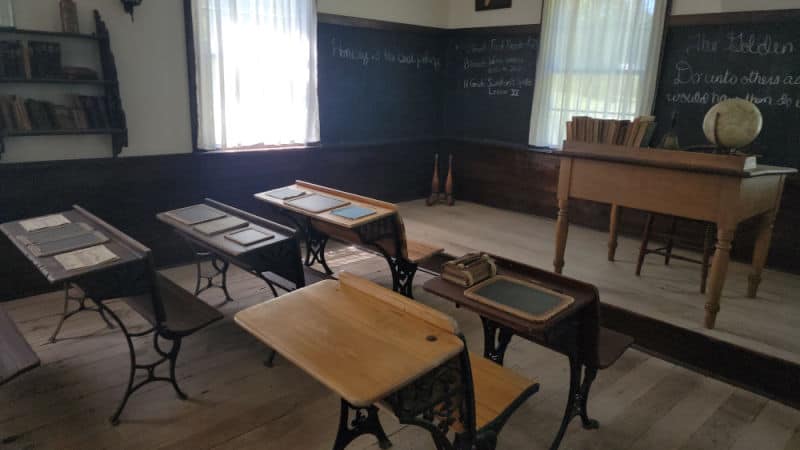 The best time to visit the park is from spring through fall. The weather should be nice during this period.

The hottest weather is from May 20th to September 21st with an average daily temperature above 74 degrees. July is the hottest month.

The coldest weather is from November 30th to March 2nd with an average daily temperature below 41 degrees. The coldest month is January.

June receives the most rain on average with 4.4 inches. Snow occurs on average from November 14th to March 24th with December getting the most snow. 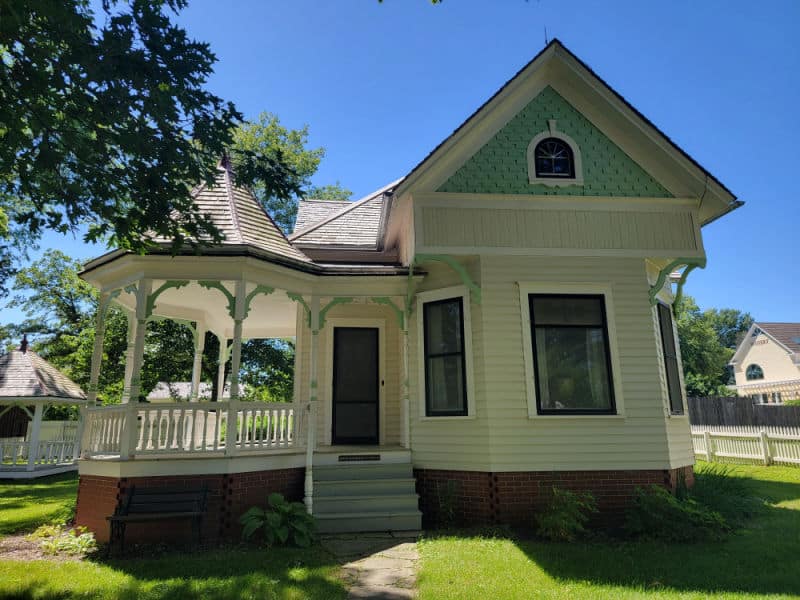 Best Things to do in Herbert Hoover National Historic Site

We suggest planning a few hours at minimum for visiting the park. There was a lot more to see than we realized when planning our trip.

The park film does a great job of describing the importance of West Branch, Iowa to Herbert Hoover and why the park was established.

It does a great job of sharing information about the park and encouraging you to explore as much of the park as you can.

The birthplace cottage is a short walk from the visitor center. You can walk inside and see how the cottage would have looked when Herbert Hoover was born.

Their father Jesse owned and operated a blacksmith shop from 1871 to 1878.

It is a short walk from the parking area to look at the gravesites.

The presidential library and museum is not part of the park but is nearby.

The museum has artifacts of President Hoover's life. 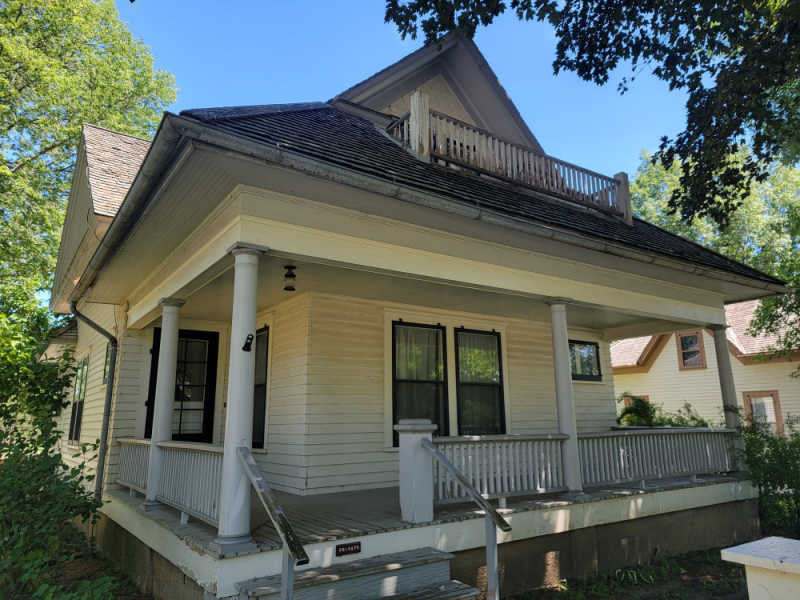 The park has 2 miles of trails through the Tallgrass Prairie and along Hoover Creek.

How to beat the crowds in Herbert Hoover NHS?

We did not experience any large crowds while visiting the park. It is easy to maneuver around people while wandering the park grounds. 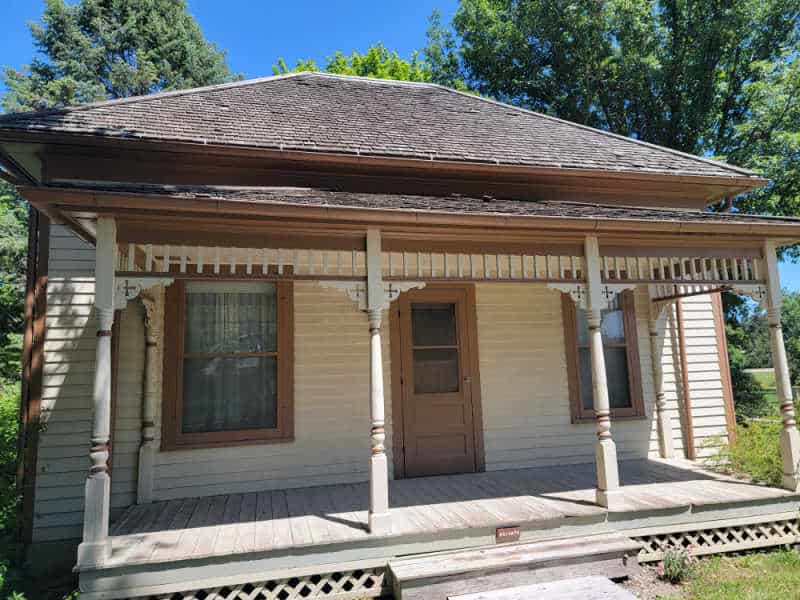 Where to stay when visiting Herbert Hoover NHS

There is lodging and vacation rentals available in West Branch, Iowa along with in nearby Iowa City.

This campground offers RV and Tent Sites, fishing, a playground, and more. 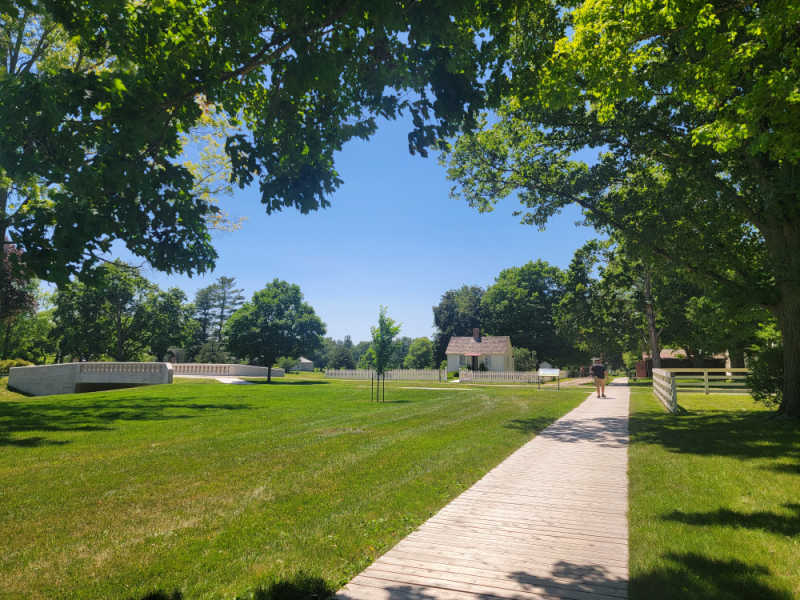 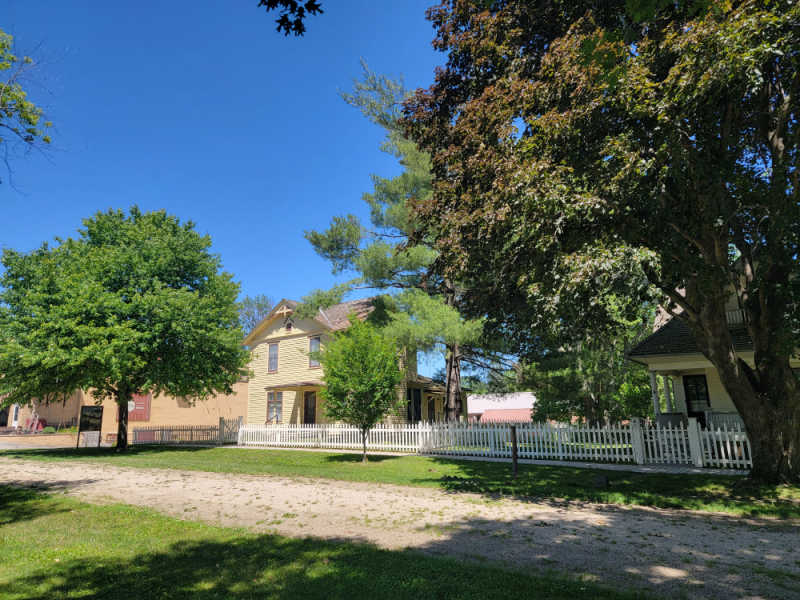