This is the coastal strip of Olympic National Park, over 60 miles of brooding beauty, restless seas, fragmented shoreline, and teeming wildlife.  It is summer, early in the morning, with a full moon setting over the Pacific Ocean just as a low, damp bank of clouds drifts shore ward. Far out at sea, where the ocean rises and falls endlessly in long waves of deep, grayish water, a pod of whales break the surface, blowing columns of spray as they exhale. Four cormorants, their long wings beating almost in unison, fly in close formation, low to the water. Quickly they become specks among the swells, and then disappear into the mist.

Just offshore, sea stacks, some of them small, others substantial islands, rise steeply from the surf like great chunks of rock broken free from the mainland. In the mist they seem threatening, even evil, as if they existed for just one purpose, to cause shipwrecks. And indeed many of them have done so. But they serve benign ends as well: seabirds nest on them, safe from land predators, and colonies of seals and sea lions take shelter from direct pounding by the surf. 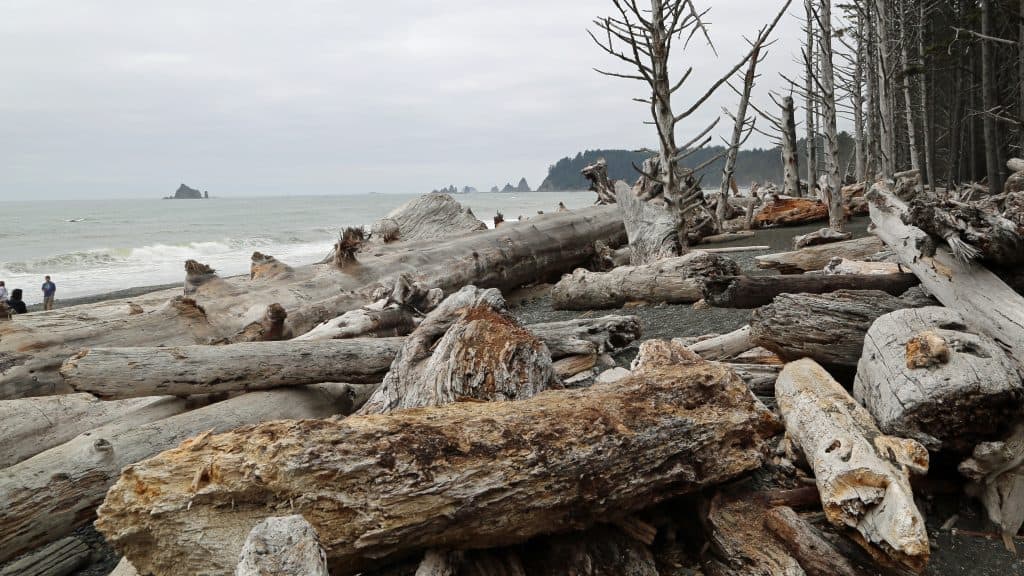 The surf, of course, is relentless here. Where there are headlands, waves crash into the cliffs, booming as they explode against unyielding rock. Where there are beaches, breakers thunder ashore in a frenzy of foam, and then, their energy spent, quietly recede, sucking and swirling sullenly across the sand. Gulls circle overhead, and sandpipers and black oyster catchers explore the wave edges for food. Beyond the reach of the surf, the beach slopes up gradually, then abruptly ends, hemmed in by a bluff that rises steeply to a forest-fringed summit half lost in the mist.

Each winter, storms rearrange this coast a little, wrenching land from resistant cliffs and headlands and depositing the rubble on intervening stretches of protected beach. The result is a coastline that is constantly changing. 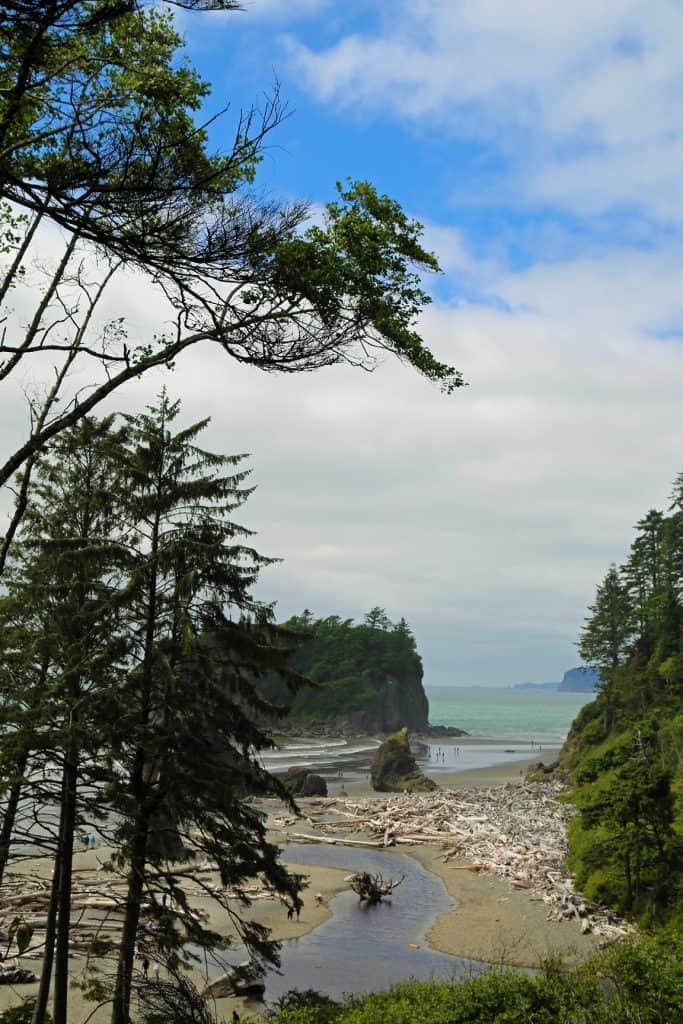 Perhaps the most fascinating of all its realms is the ever-changing world between the limits of high and low tide. When the tide comes in, attention turns toward the limit of the highest storm tides, where the bleached skeletons of innumerable dead trees line the upper beach. In times of storm and flood the trees are washed from river banks and then out to sea; returned by the storms, they remain beached until an even more powerful storm rearranges them. Where the highest waves wash ashore, the sea leaves other bits of debris: shell fragments, pieces of seaweed, chunks of wet, tannish wood that dries to a bony gray. The ocean is not choosy about what it moves; the energy is there, and whatever can be washed ashore will be.

Slowly the tide begins to recede. The change is imperceptible at first, but gradually the high-tide line becomes evident: on the beaches strands of kelp and eel grass lie undisturbed just beyond the reach of the waves, and on the cliffs a line of periwinkles and limpets, both small snails, begins to show above the water where they are clinging to the rocks. On its way out, the tide reveals an entirely new world, a place where creatures live in endless alternation between saltwater and sea wind. The area between the tidelines is a slippery, squishy, yet crunchy world of seaweed and seashell. Strands of rockweed pop underfoot, shore crabs scuttle for cover, and shellfish cluster densely wherever there is rock.

And then there are the tide pools. When the tide is out, each water-filled nook and cranny among the rocks shelters an amazing variety of life: bright orange starfish that prey on brownish-gray snails, fluorescent-green sea anemones, crimson sea urchins, throngs of mussels and barnacles, and small fish called tide-pool sculpins that hide among the shelled residents and occasionally dart about in search of food. The color and variety, the natural interactions and patterns of mutual dependence, in the tide pools are a never-ending source of delight.

On sandy beaches, low tide abandons heaps and curving windrows of giant kelp, a seaweed usually anchored to the bottom, but sometimes torn loose by waves. The tracks of deer, elk, and raccoons mark the aimless wanderings and purposeful travels of wild creatures that have ventured out of the forest. Flocks of gulls stand at the water's edge, watching the waves; an occasional bald eagle flaps by, scouting for stranded fish.

In the distance, headlands interrupt the beaches with cliffs and forested slopes that add much to the magic of the scene. By blocking the view, they seem to stand guard over discoveries imagined, surely there, just around the bend, and waiting to be confirmed. For anyone willing to explore and make those discoveries, the shoreline is a place of exhilaration and intensity. Sound piles upon sound, both restful and exciting: the surf serves as background music, individual waves thud against sand and rock, outgoing backwash hisses as it rolls grains of sand, and bird cries pierce even the loudest surges of the surf.

If you are looking for a lodge to stay in check out Kalaloch Lodge and Lake Quinault Lodge.